With the rising cost of living many people are seeking alternatives to offset the costs while also maintaining quality of life. One method of saving money is to build your own home. Michael Buck, a retired art teacher turned farmer, has built his own home using natural materials to create a quaint country cottage. 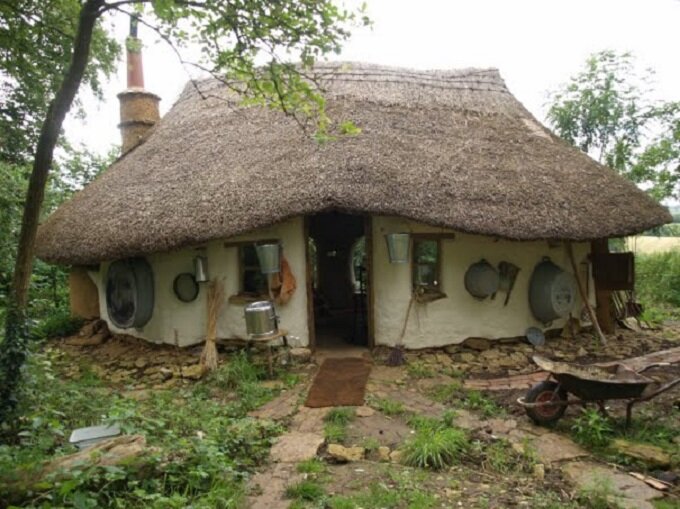 The cottage is built from mostly cob, a material that’s made of clay, sand, straw, water, and earth. Buck spent two years collecting materials that were all sourced locally. Items like the floorboards were taken from a neighbour’s derelict boat, and the glass for the windows were salvaged from a truck destined for the scrapyard. The thatch for the roof was gathered from the surrounding fields.

The cottage is totally off-grid – there’s no electrical or running water. A wood burning stove provides more than enough heat for the small 300 square foot home. The dense cob walls keep the inside well insulated and retain the warmth for hours. For the storage of food, a well is used as a refrigerator, and there’s a composting toilet found in an outhouse. 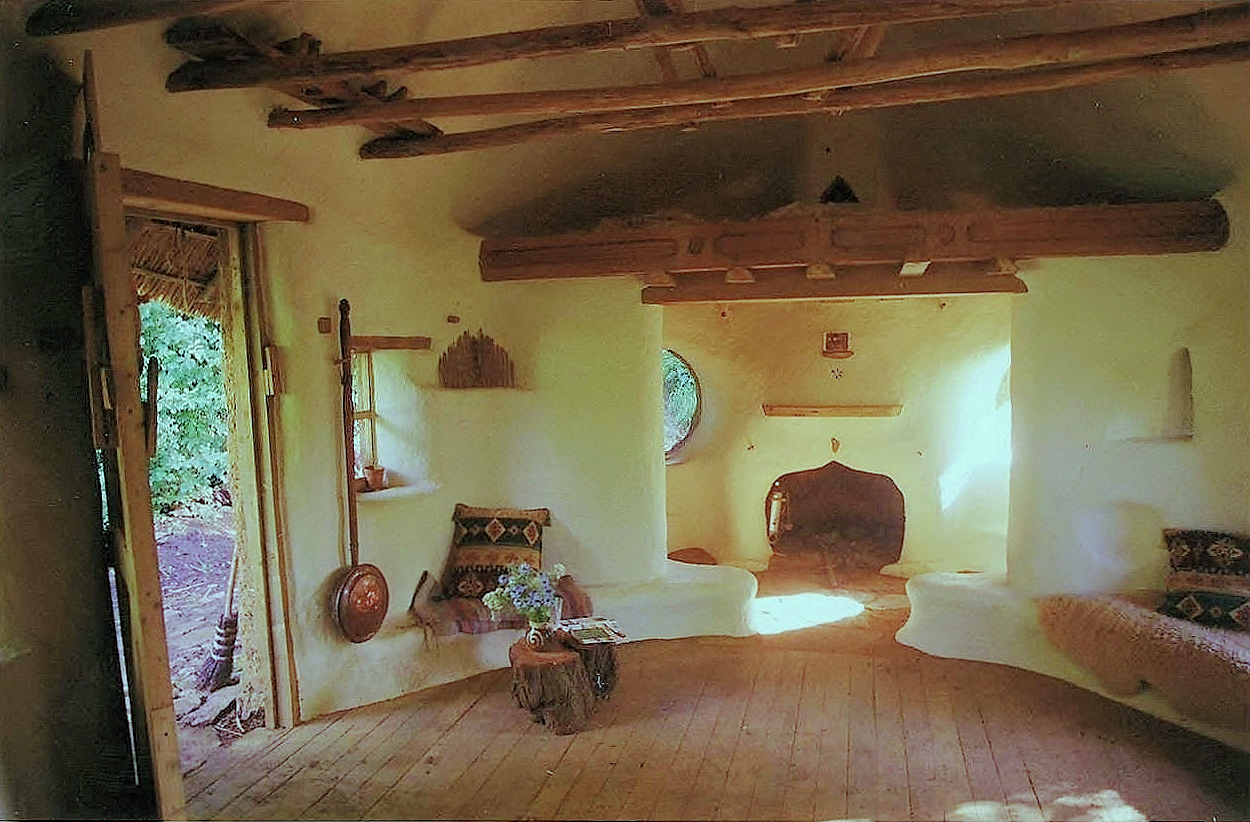 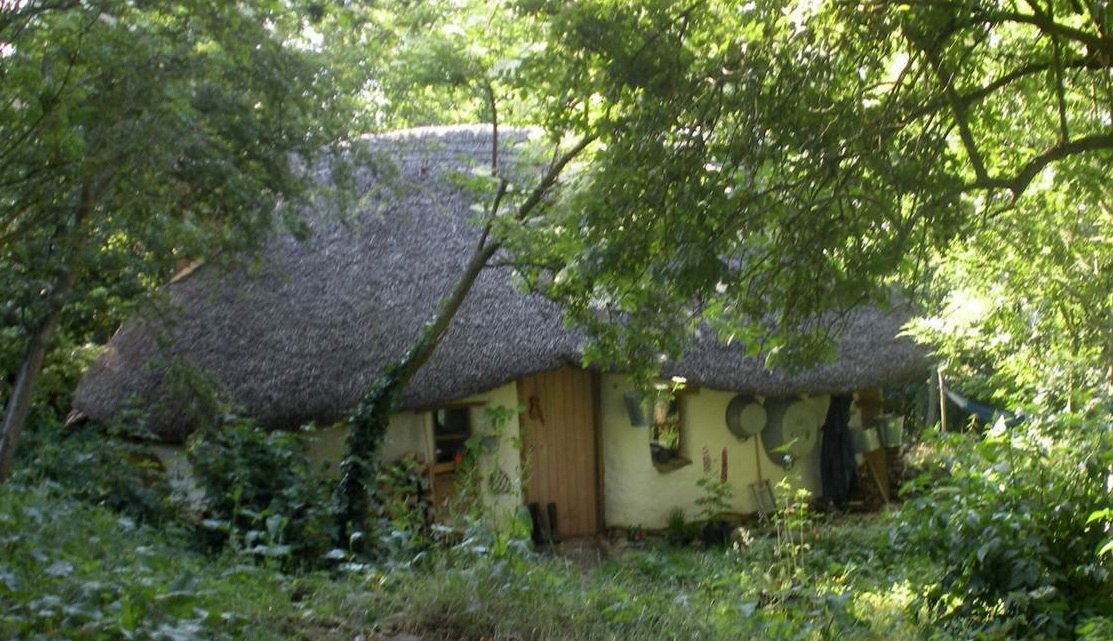 Granted the land that he built the cottage on was readily available, but the total cost of the materials came to just £150 ($245) – an unexpected expense was incurred after running out of hay and nails. Permits weren’t required as the structure is classified as a summer house. To create the home Buck followed three principles: using materials he which he could source by himself, no power tools would be involved in process of building, and there was as little money spent as possible.

For more houses built using natural materials check out the fantastic Blooming Bamboo Home by H&P Architects, or these Adobe shelters built by Konbit as part of an effort to rebuild Haiti. See all natural buildings.

The Hemloft - A Contemporary Treehouse By Joel Allen