Called Kokoon, this project has been developed as part of Aalto University’s Wood Program. Based in Helsinki, Finland, the unusual dwelling has been designed to address the housing needs of a fluctuating population.

In more recent years Nordic countries have found their populations growing at a faster rate than the development of new housing. It’s this shortfall that they hope to bridge, providing a home for students, asylum seekers, and displaced residents. 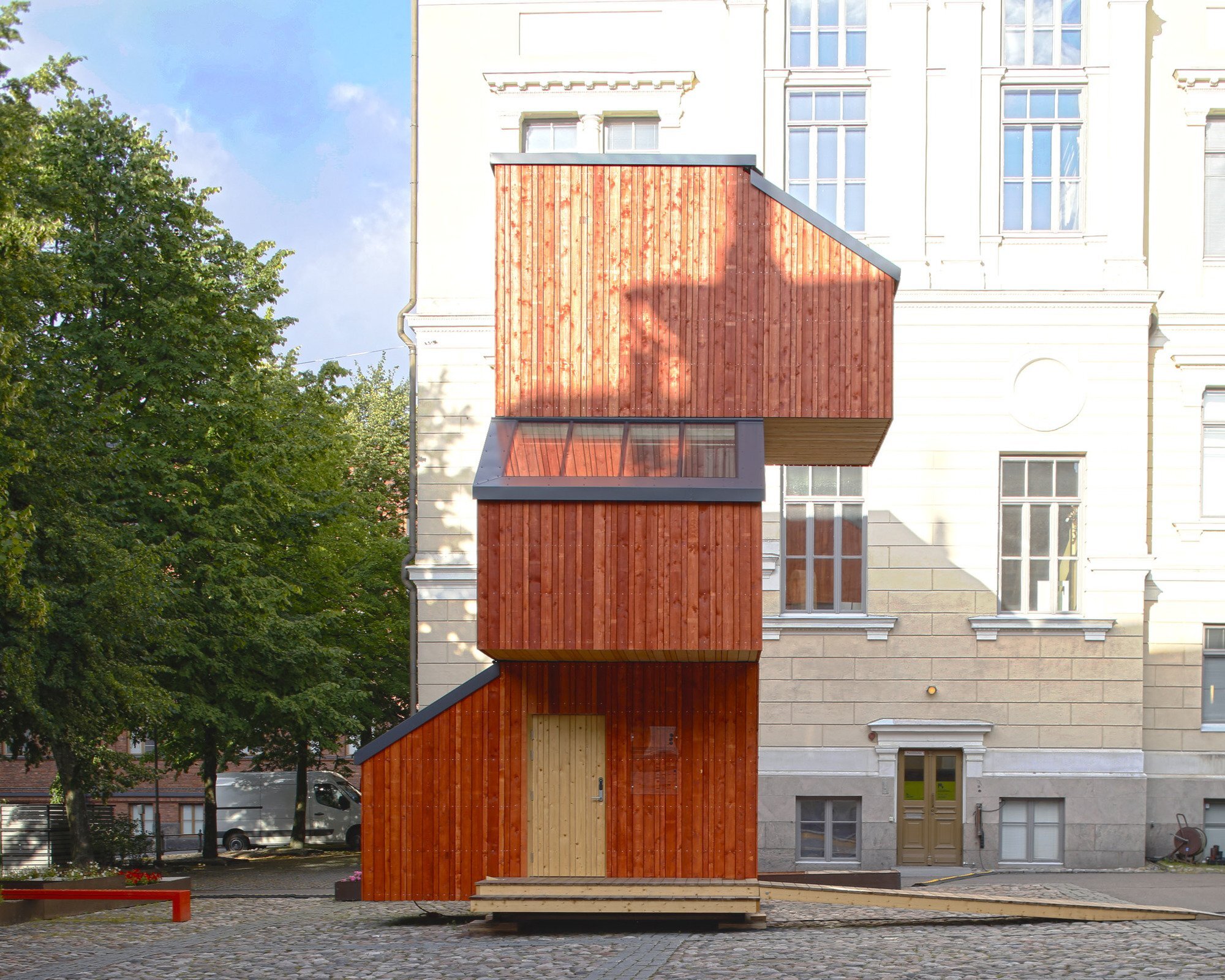 Kokoon is designed to act as a temporary relief for people who find themselves in the middle of an upheaval. Its size and basic amenities is a reflection of its intended use as a short-term solution. The structure is composed of a number of units which are prefabricated and combined in various configurations. 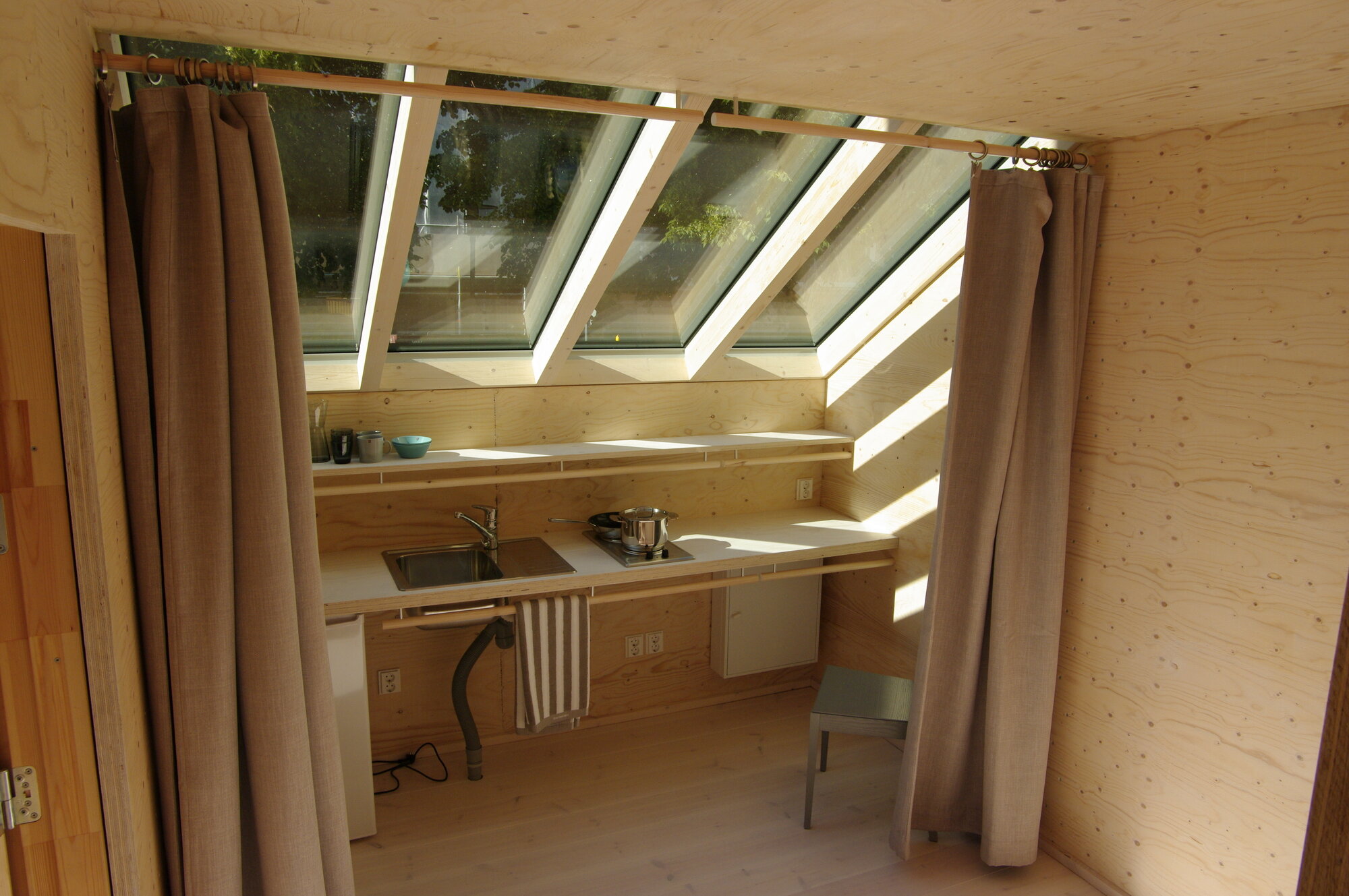 According to Aalto University, the model shown has a total floor area of 377 square feet (35 square meters) split over three levels. Other projects of a similar nature frequently resemble container homes that are geared for single-storey use. Here, they’ve produced a dwelling that can expand both horizontally and vertically thanks to its modular design. 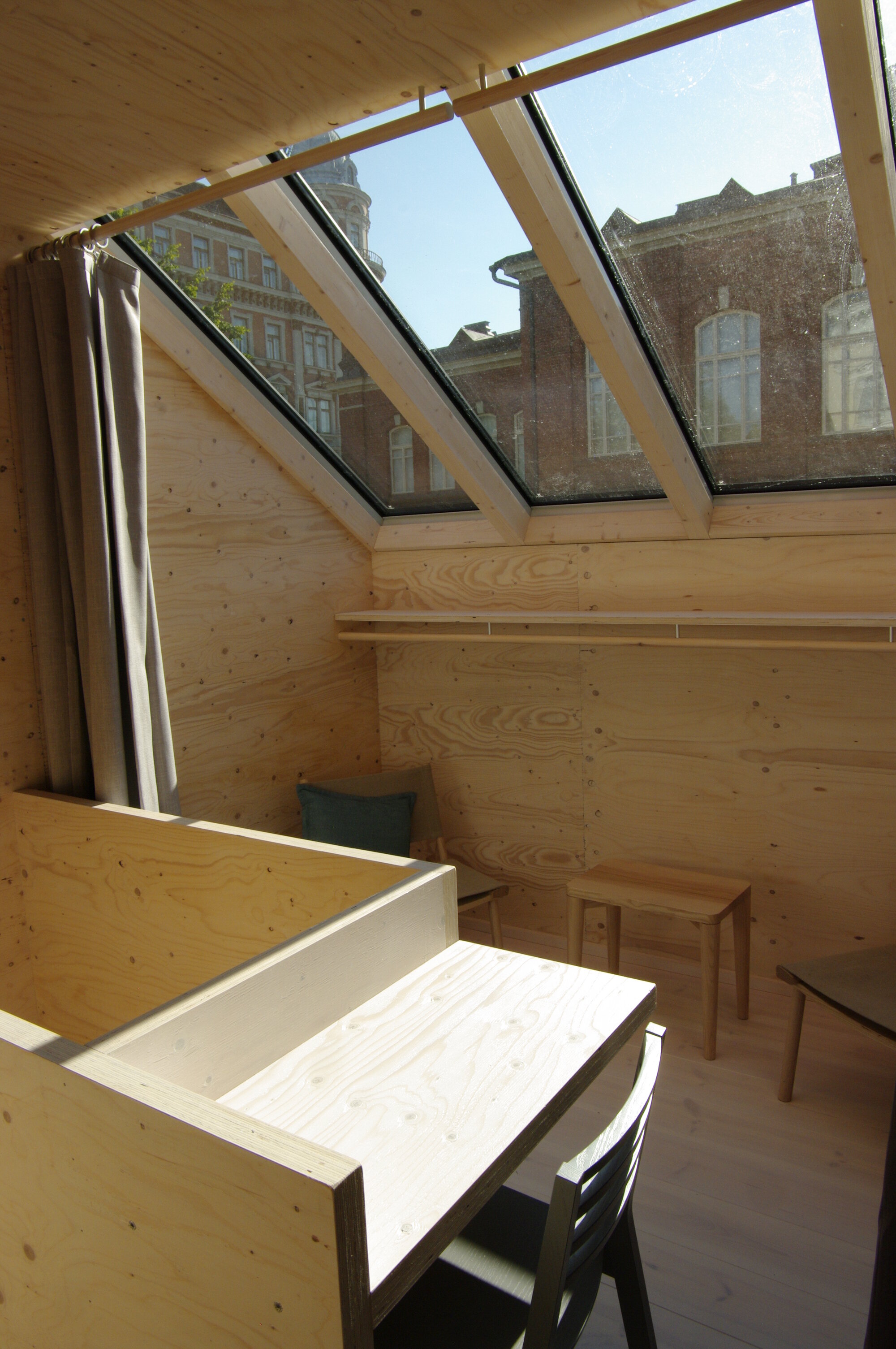 Each Kokoon is finished in wood, both inside and out. The outside has a reddish finish to the cladding, while the inside is composed of blonde plywood. The modules can be connected together through a central staircase to form a multi-story home, or be left as a single, self-contained unit (the prototype displays both arrangements). 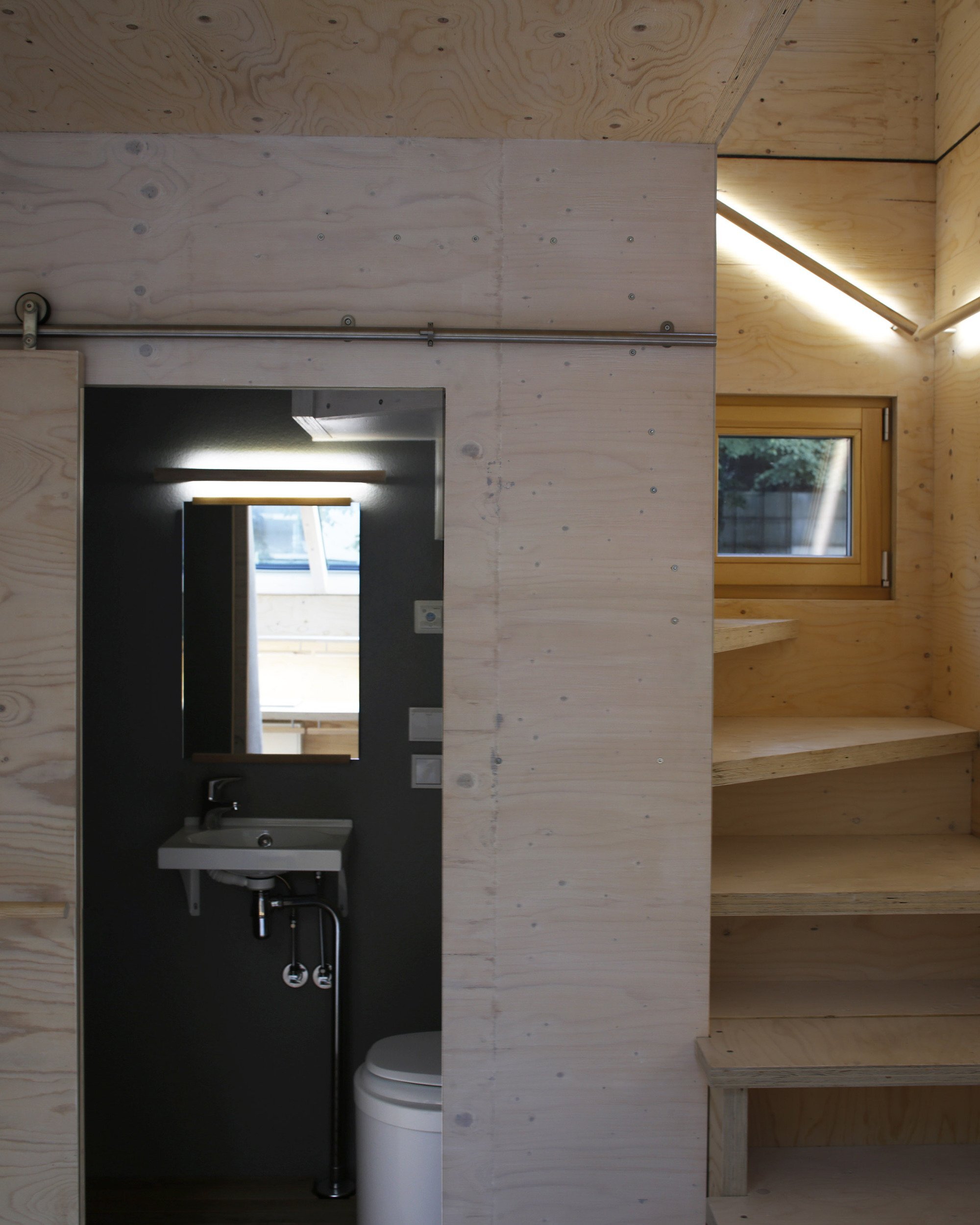 The first two floors of the prototype for a single home. The first floor contains a kitchen/dining area and bathroom. A small spiral staircase leads up to a bedroom with a small study desk, and a larger space that could be used as a living room. The top module acts as a self-contained unit, with a kitchen/dining area, bathroom and sleeping space all found in the one room.

From the designers: “Kokoon is a design/build project from the 2015-2016 Wood Program at Aalto University School of Arts, Design, and Architecture. It was constructed to address the current housing situation in Finland. The three prototype units were finished in Otaniemi and assembled on-site in one day.”

For more tiny houses check out this Victorian Coach House from England which gets a modern revamp by Intervention Architects. Or, this list of our most popular tiny house posts for 2015. See all tiny houses.