The historic city of Kyoto in Japan is home to a number of small dwellings. This project by atelier Luke saw the overhauling of a small retreat in the suburbs of the city. 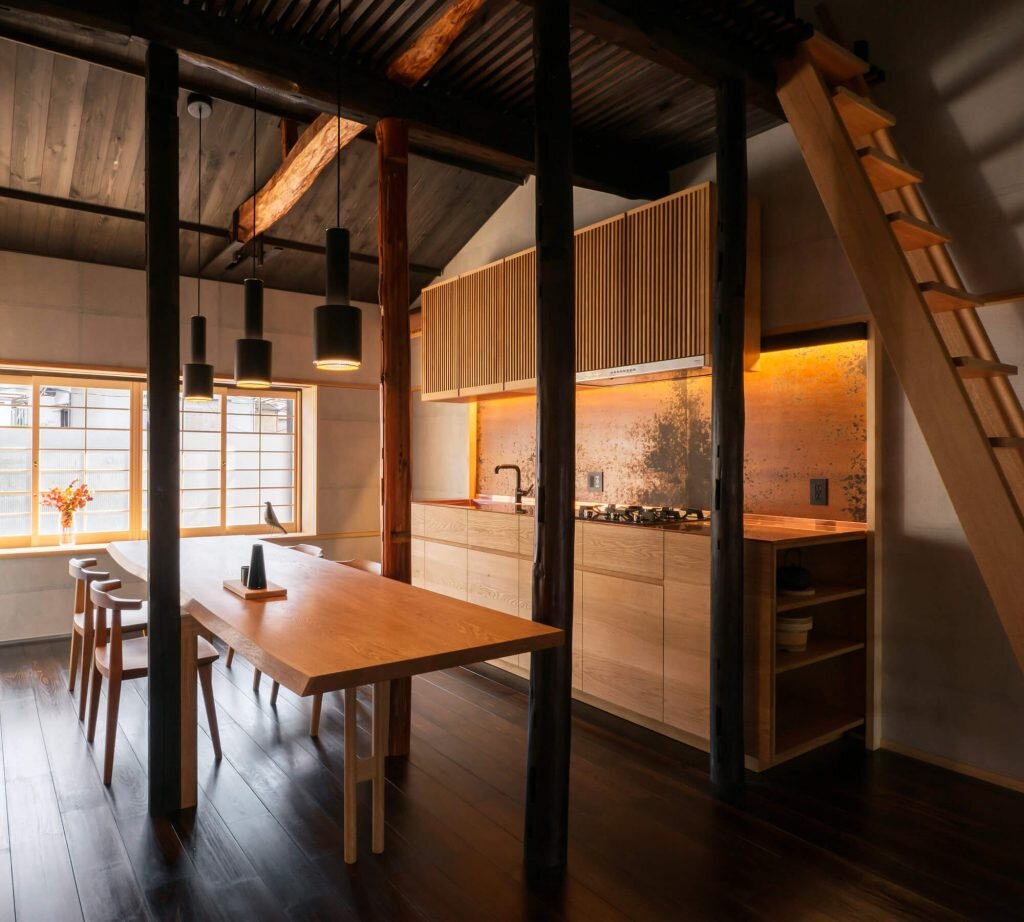 Dubbed Ichijoji House and completed in 2015, the retreat treads the line between modern and traditional. The Osaka-based architecture firm worked alongside craftsmen to create authentic finishes throughout. 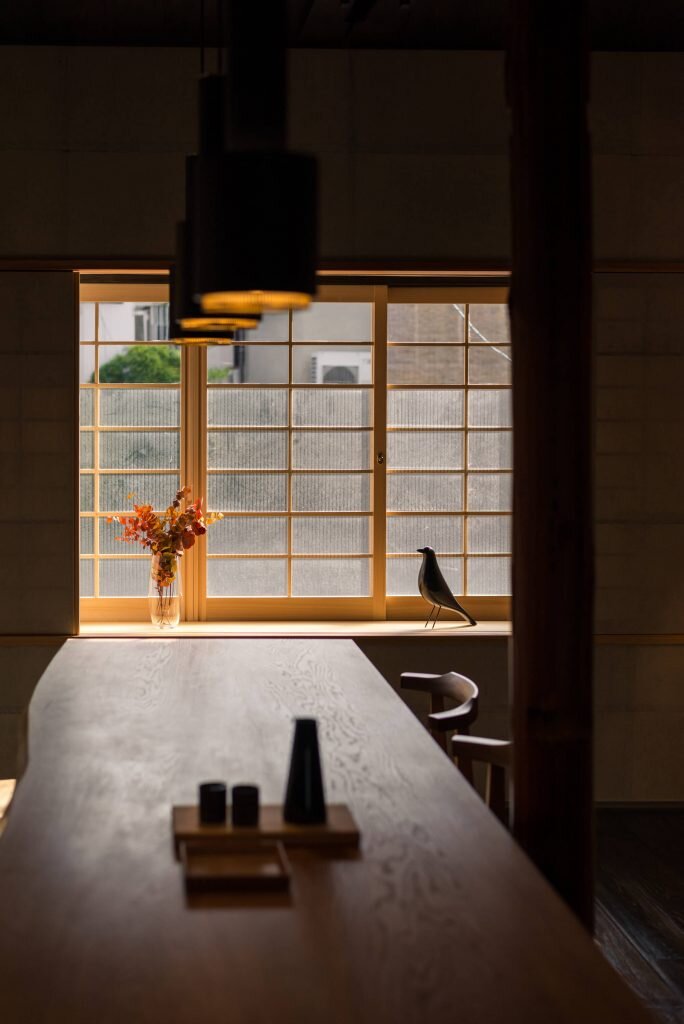 The property is a post-war terrace house. It’s sandwiched between a row of adjacent buildings on both sides. Unfortunately no floor area has been provided, but you get an idea of how narrow and confined the house is by looking at the floor plan. The house was renovated for a Danish-Australian furniture maker. 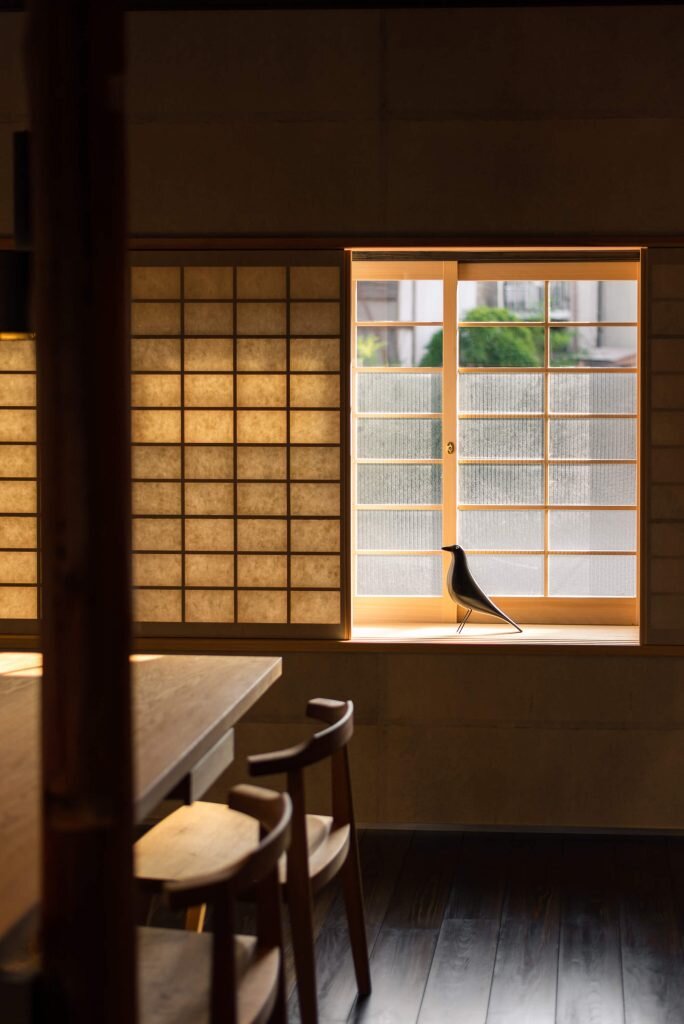 Ichijoji House was originally built in 1961. However, it had been left abandoned an allowed to deteriorate for half a century. On the plus side, few changes had been made to the building over the course of its life – features such as the stained wallpaper, lacquered floors, and timber joinery were all still present. 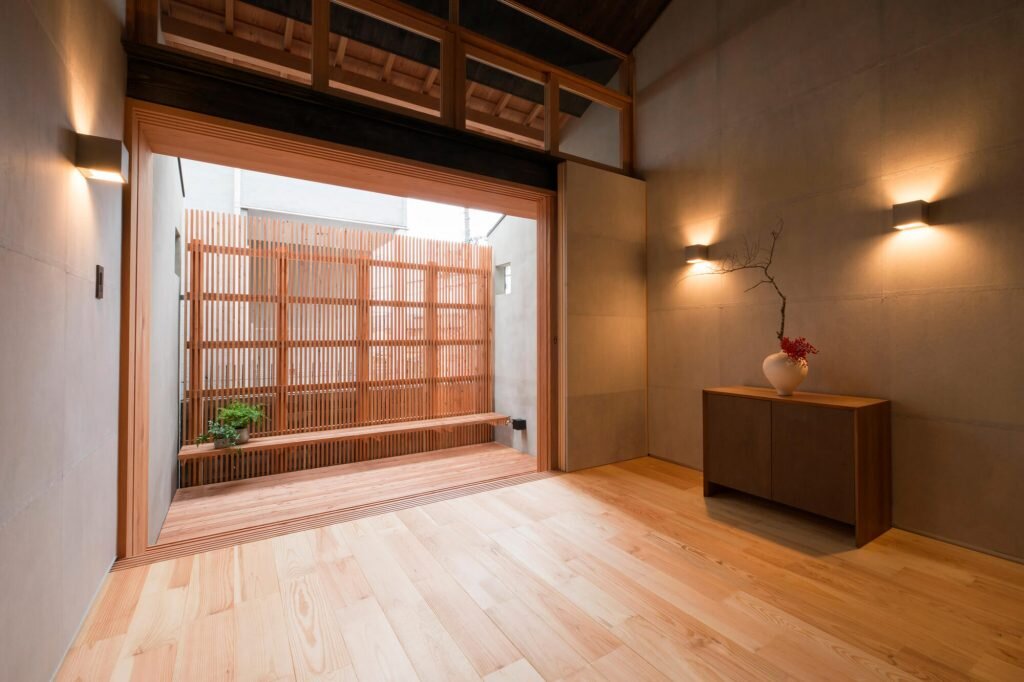 The owner wished to revamp the home, but maintain its character, and historic. Traditional Japanese style and features were embellished, and restored to their former glory. At the same time, living spaces were kitted out with modern amenities and fixtures. The result is a clever blend of old and new, with neither looking out of place. 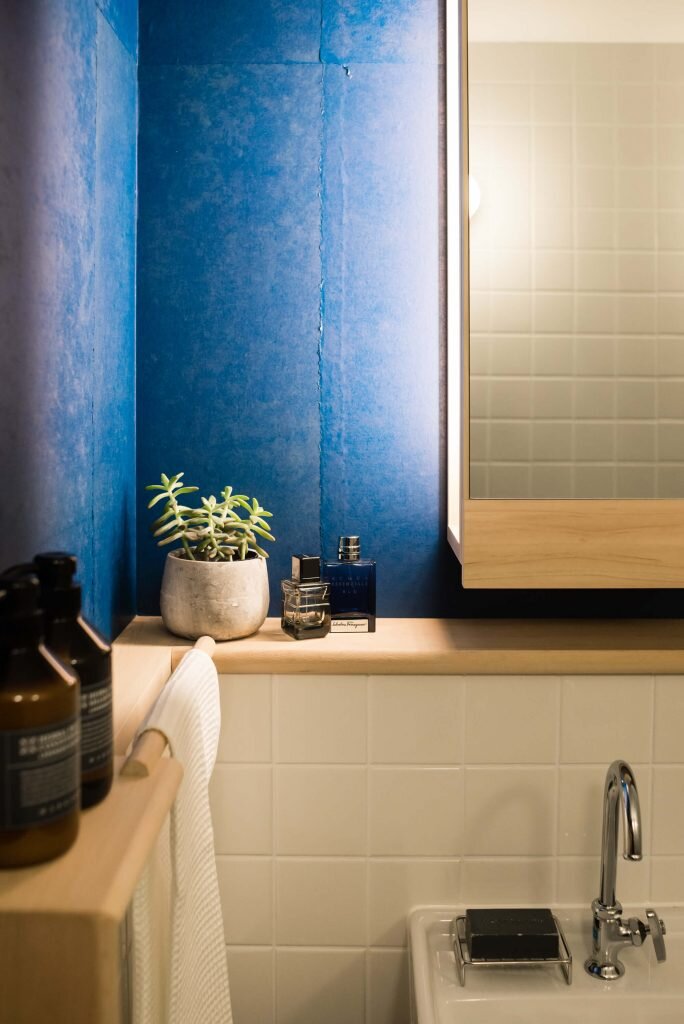 In terms of layout, living spaces have been inverted – the public living areas are now placed on the upper floor, with the private rooms held on the bottom. The reasoning for this was to offer better outward views, and to take advantage of the now-exposed roof structure, which is a feature in itself.

The ground floor contains a Japanese room (that serves as the bedroom), a toilet with a separate room for bathing, a cozy living room, and a small terrace to the very west of the home. The upper level now contains the kitchen/dining area, which overlooks the street and the living room. Last but not least, there’s a small timber ladder that provides access to a storage loft.

For more Japanese houses, check out Shoei House by Hearth Architects. Or, this property that allows the homeowners to live among the landscape. See all Japanese houses.