Designed by the South Korean architecture firm, studio_GAON, this house has been created to act as a place for the owner’s family to hold get-togethers. With a footprint of 53 square meters (570 square feet), it’s a relatively small house and has been named, quite suitably, the “House of Happy Meeting” (or alternatively, the “House for Reunion”). 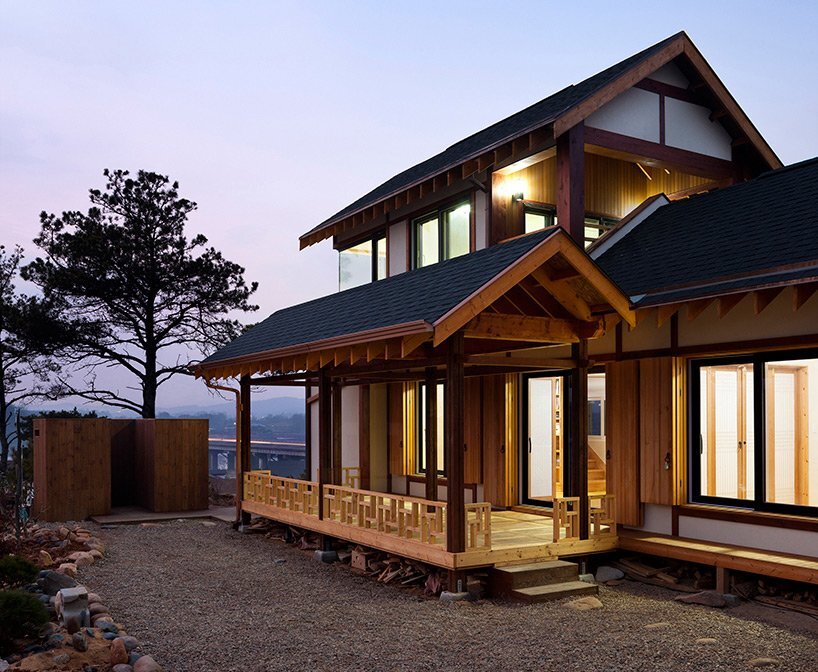 The House of Happy Meeting is located near the small city of Yeoju that’s just outside of Seoul. It’s set on a large plot of land in the countryside measuring 274 square meters (2,950 square feet). Due to restrictions set in place by building control, the house could be no more than 53 meters in size, which isn’t entirely a bad thing given its natural surroundings. 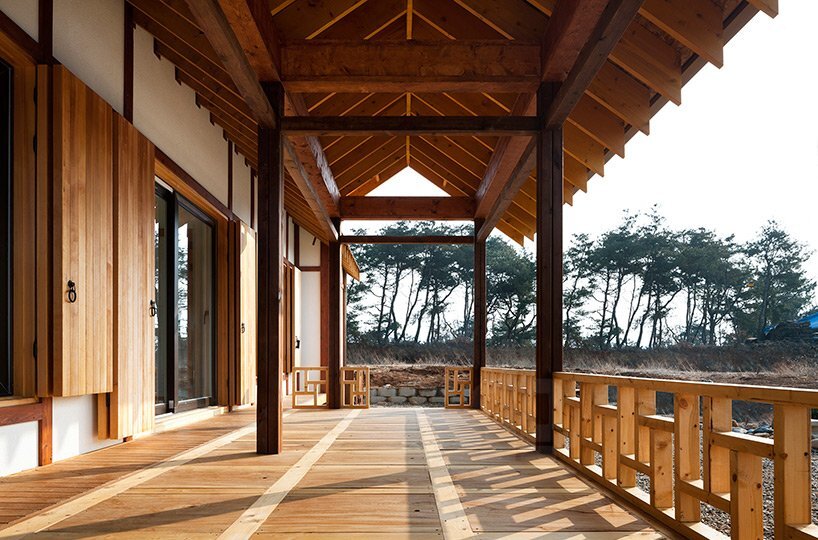 Studio_GAON were tasked with creating a space that would provide for three generations. Experimenting with the notions of family, they settled on a design that contained a three-tiered volume, representing the three generations of the family. The different tiers are designed to cater for different age groups, with separate rooms being stacked on top of one another in a hierarchical manner. 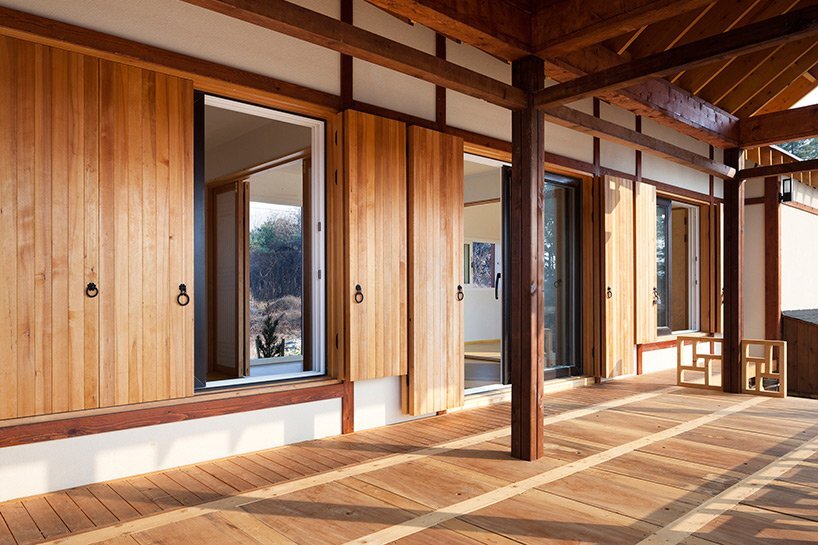 The rooms within the home have been arranged around the modular timber frame structure. There are both small and large spaces contained within the house. The spaces that are deemed to be more social have been allocated more space (common rooms/living rooms), whereas the mechanical areas like the kitchen and bathroom are much smaller. Interestingly, the house contains two kitchens, allowing different groups of the family to cook separately. 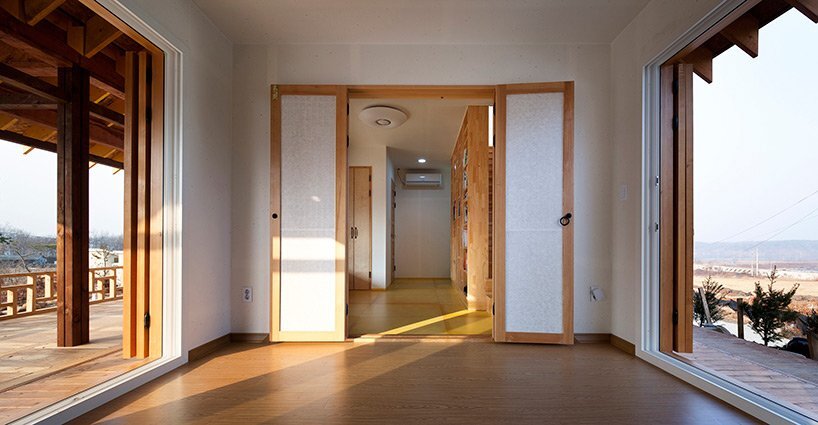 All of the rooms are focused on the exterior which features a large traditional porch that acts as a place for relaxation and socialisation. The interior also contains rooms which can be opened up to one another, providing some degree of privacy, or alone time if needed. 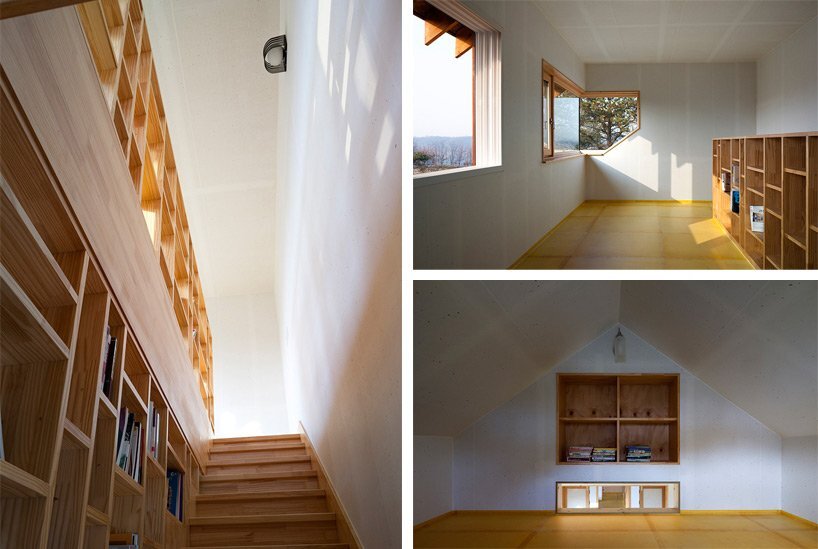 For more small houses check out this small house built in a Downtown Toronto driveway by Rohan Rogers. Or ESCAPE, a rustic cabin retreat at Canoe Bay which is actually mounted on a trailer. See all small houses. 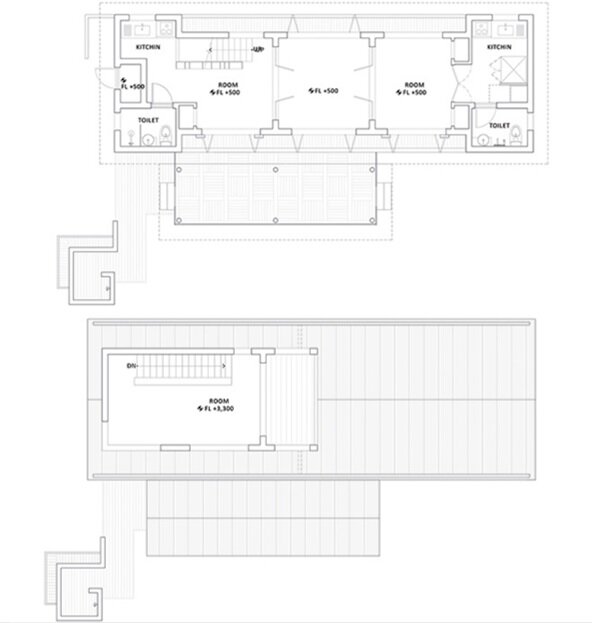