Set among a quiet residential neighborhood of Takarazuka, this home has been maximized to take full advantage of its small corner plot of land. The house has been designed by the architecture firm Coo Planning, who aimed to create a spacious, private home, despite its exposed position. 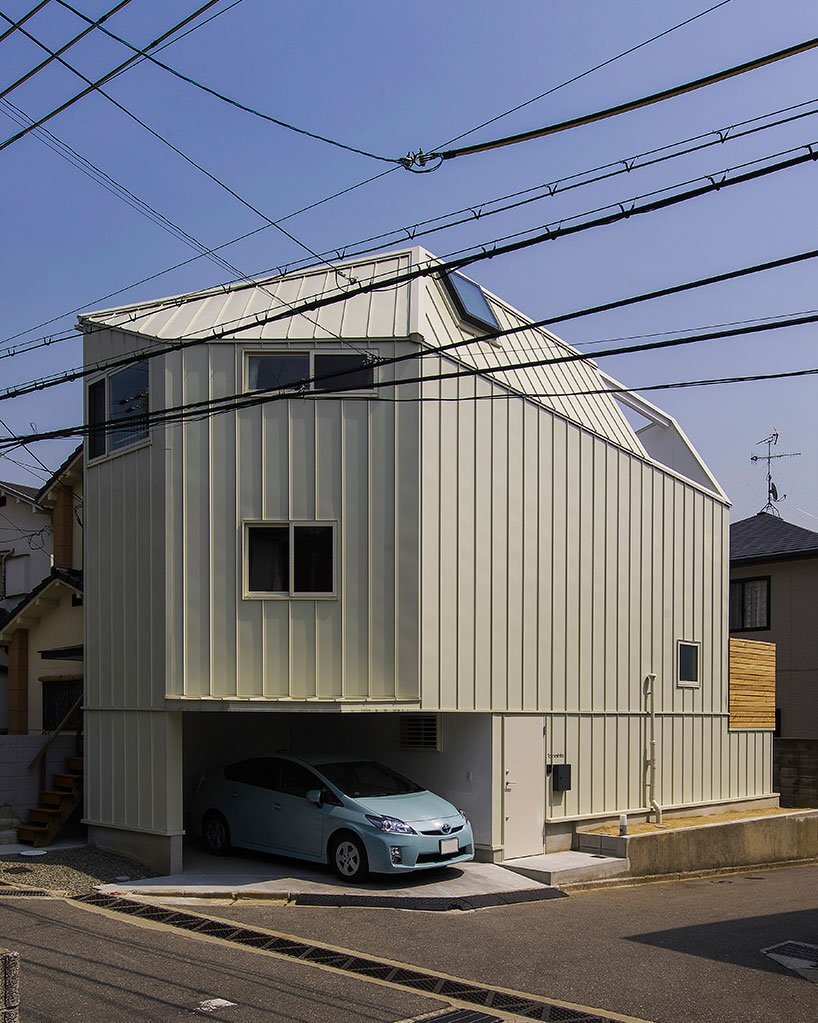 The city of Takarazuka can be found in Japan’s Hyōgo prefecture. Like Tokyo, it contains a high population density that has resulted in compact dwellings with little space between one another. However, the spacial constraints always bear new creative living solutions to address the needs of the inhabitant(s). 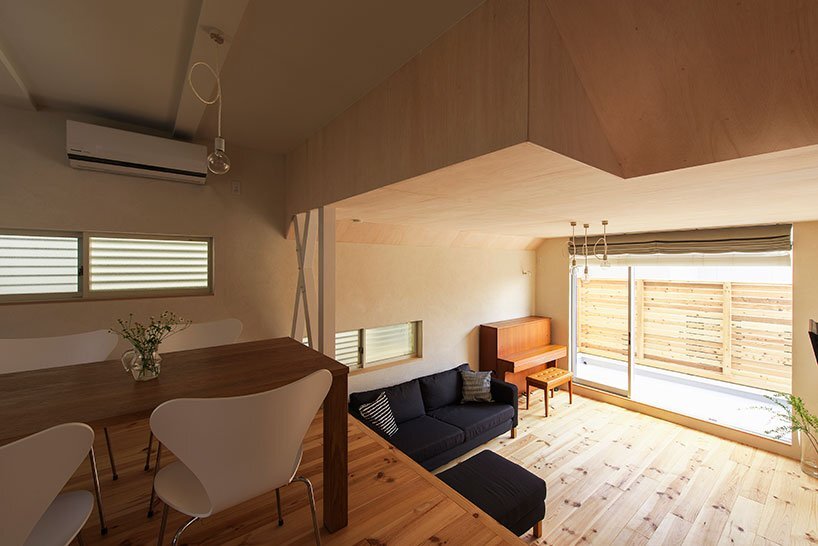 The exterior has been clad with aluminium sheeting. The street-facing walls feature a few, relatively small windows that have been positioned so as to maintain privacy. On the first floor, part of the plan has been left open to accommodate the owner’s car – a common feature among small city homes. 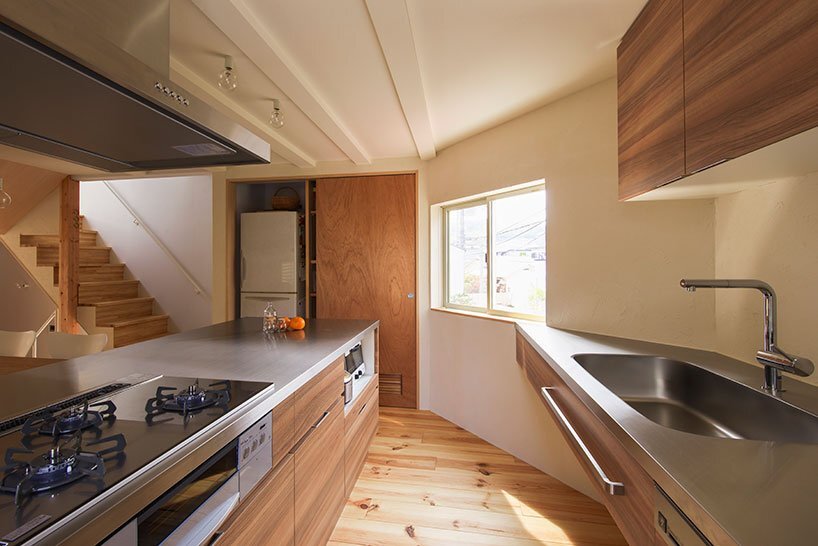 The interior is a mix of dark and light spaces thanks to the sometimes small and awkwardly positioned windows. Much of the inside – including the floors, furnishings and some of the ceilings – have been finished in a light wood. The wood is complemented by white walls to prevent it sapping too much light from the rooms. 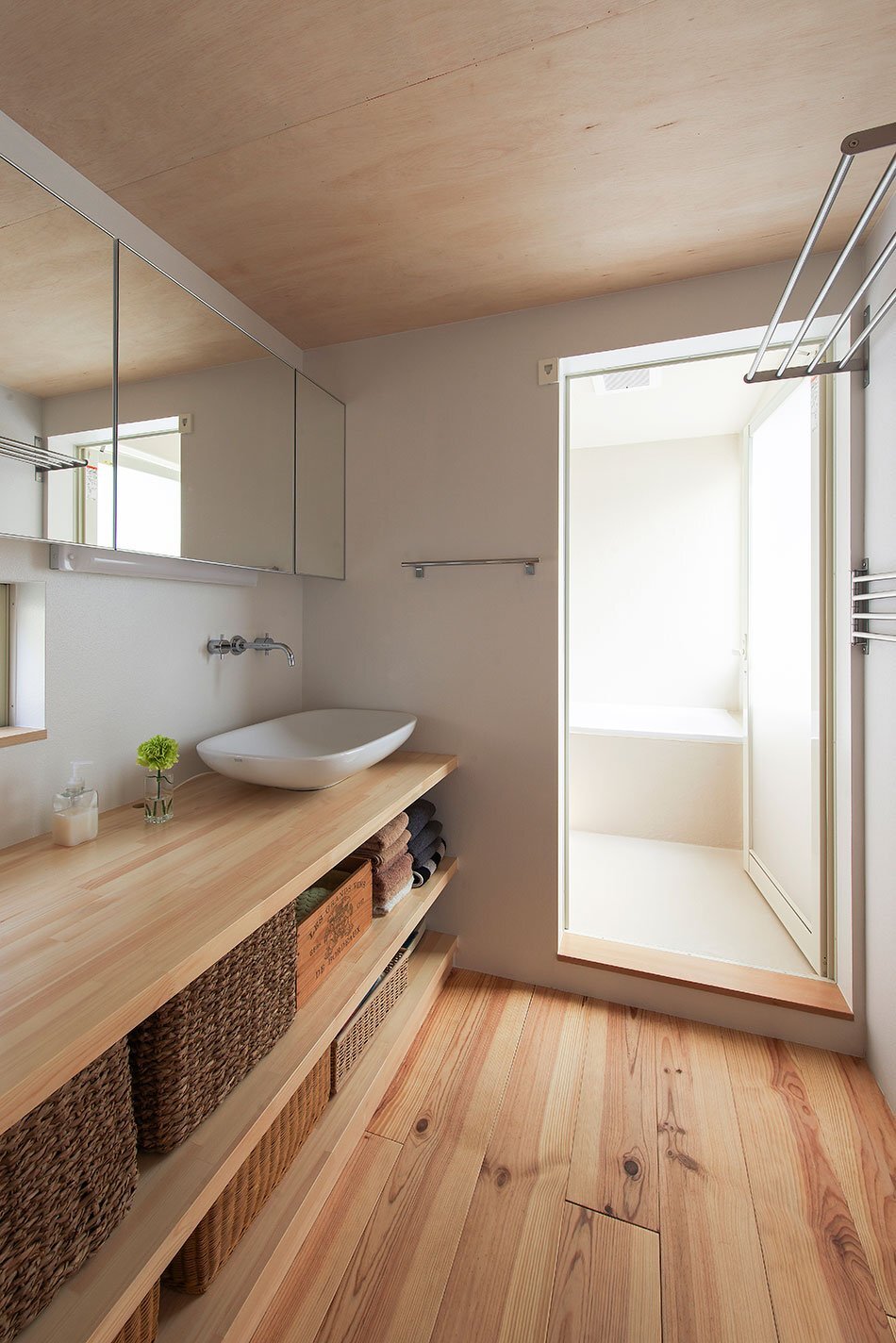 The first floor of the property is permanently utilitarian – it serves as a space for storage, and houses the family car. The next floor up contains a split level design with the kitchen/dining area on one end, and the living room on the other. There’s also a small toilet set behind the living room. 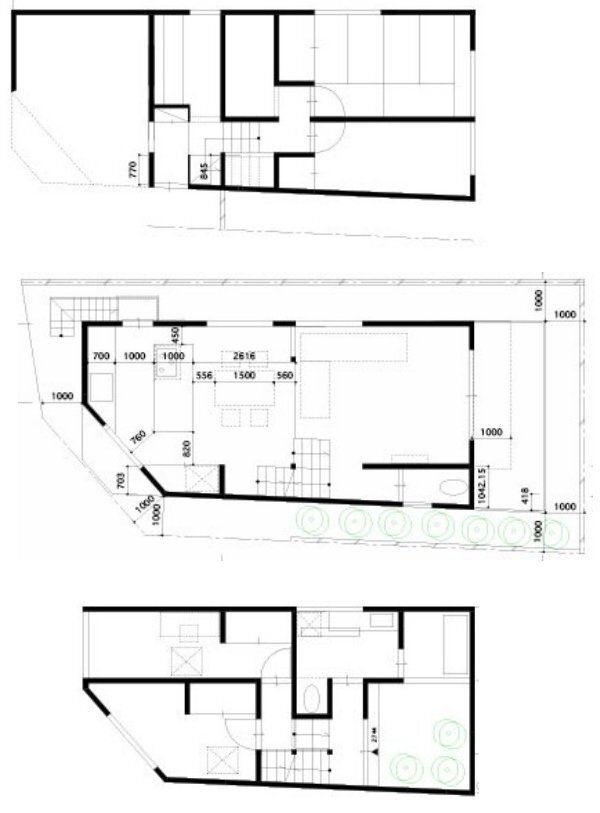 The final floor contains the home’s bedrooms, which seem to be oddly proportioned. The main bathroom/washroom is also found on this level, as well as a small enclosed veranda that’s open to the sky above.

Rebuilding a Farmhouse to Mix Past and Present - Kikkawa Architects