This tiny studio has been created by Camera Buildings, a company based in Vancouver that designs and builds small spaces and tiny houses. 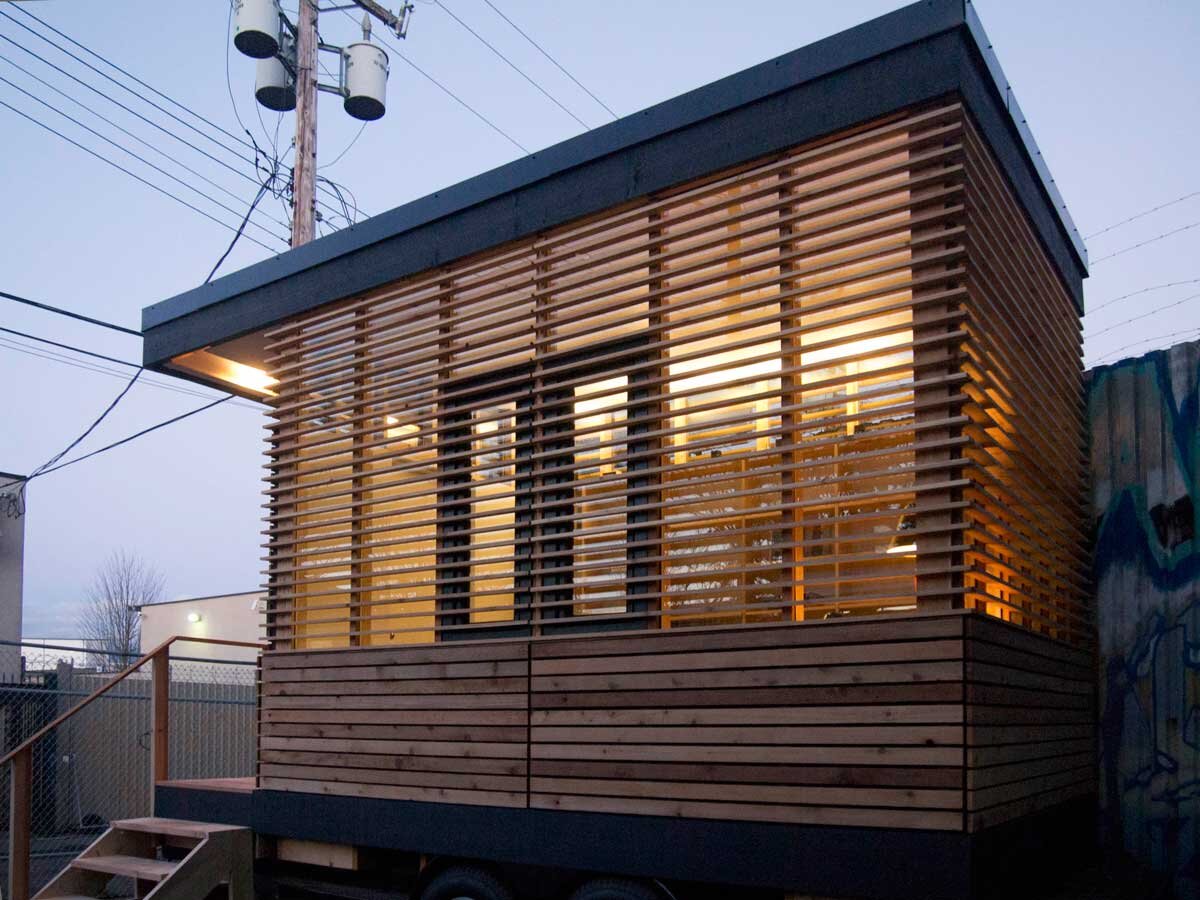 Called Filter Studio, the micro-space is mounted on a trailer allowing you to park it wherever your local zoning regulations allow, but it can also be built on a permanent foundation. It measures just under 13 foot by 8.5 foot, and provides a separate living space that could be used as a home office, library, or a little getaway. 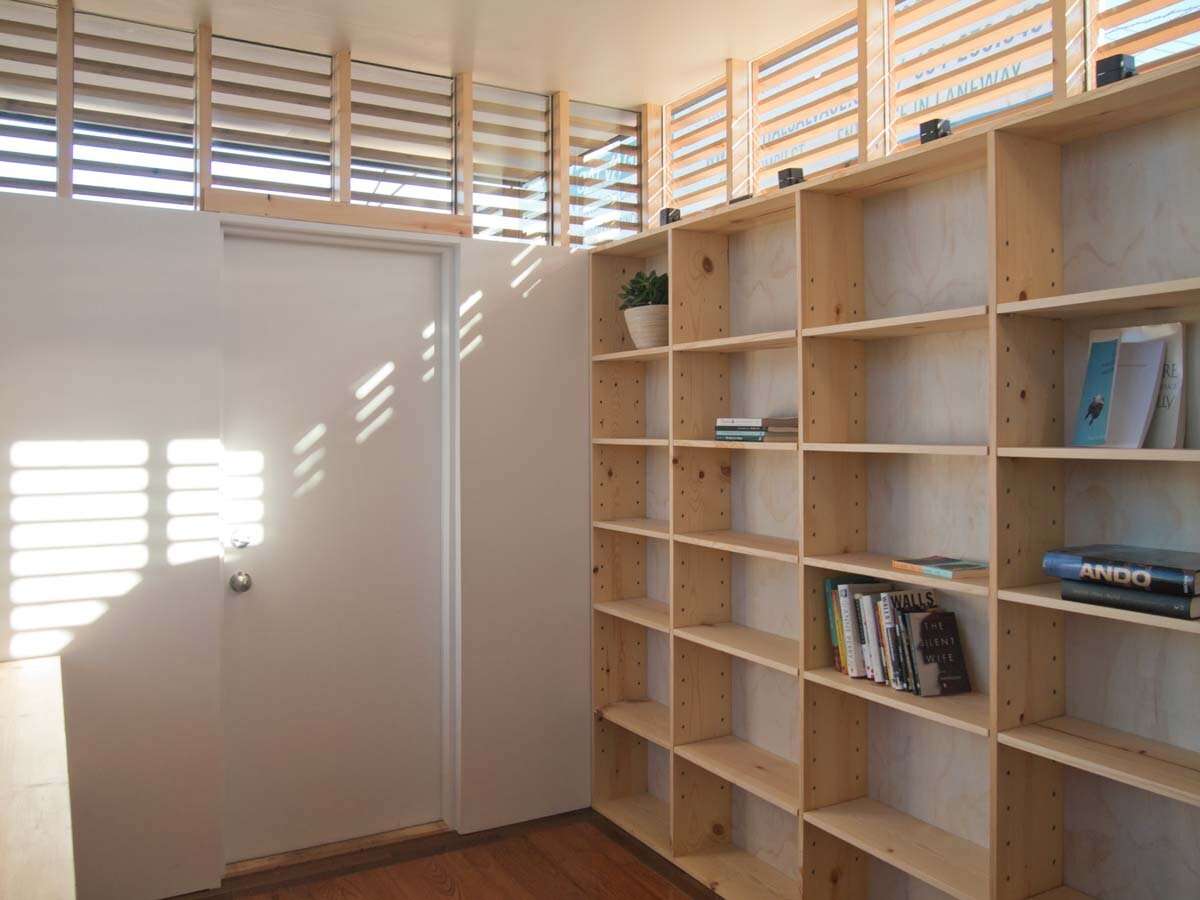 The little structure has been finished beautifully, both inside and out. My favorite part of this tiny space is the wrap-around glass façade that’s been clad with a cedar screen. The screen acts as a filter for natural light and the view of the surrounding landscape. As seen from the interior pictures the screen doesn’t take away the view entirely, but sections it up (which might make it easier to get on with any work – less distraction). 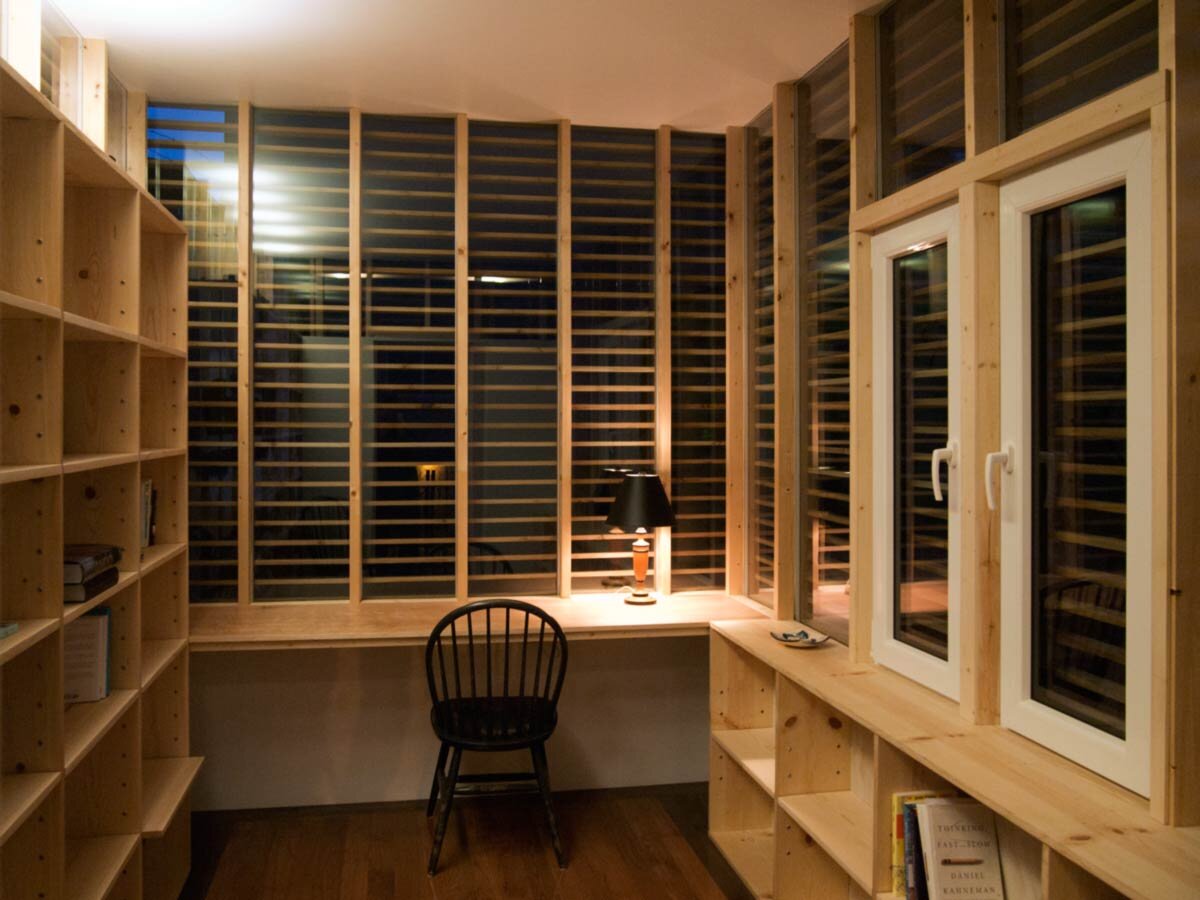 The interior of the Filter Studio contains rear wall that’s almost entirely dedicated to storage, with full-height shelving. It’s also nice to see that some of the structure has been left exposed – the regular 2×4’s create a sense of rhythm within the small space. 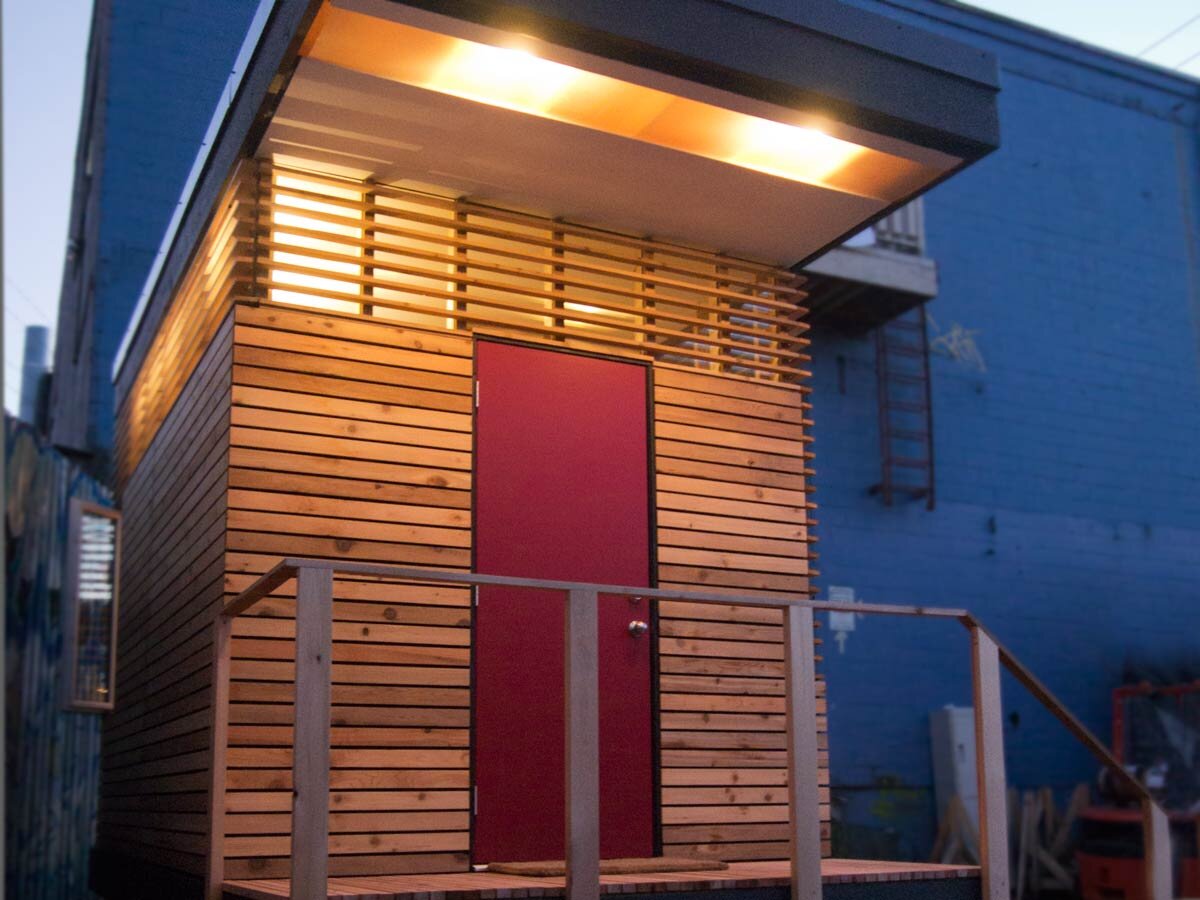 The front wall is mostly taken up with glazing, but it also has some more shelving units. The wall opposite the entrance contains a desk and a chair. On the outside there’s a little porch entrance with a roof overhang providing some shelter. 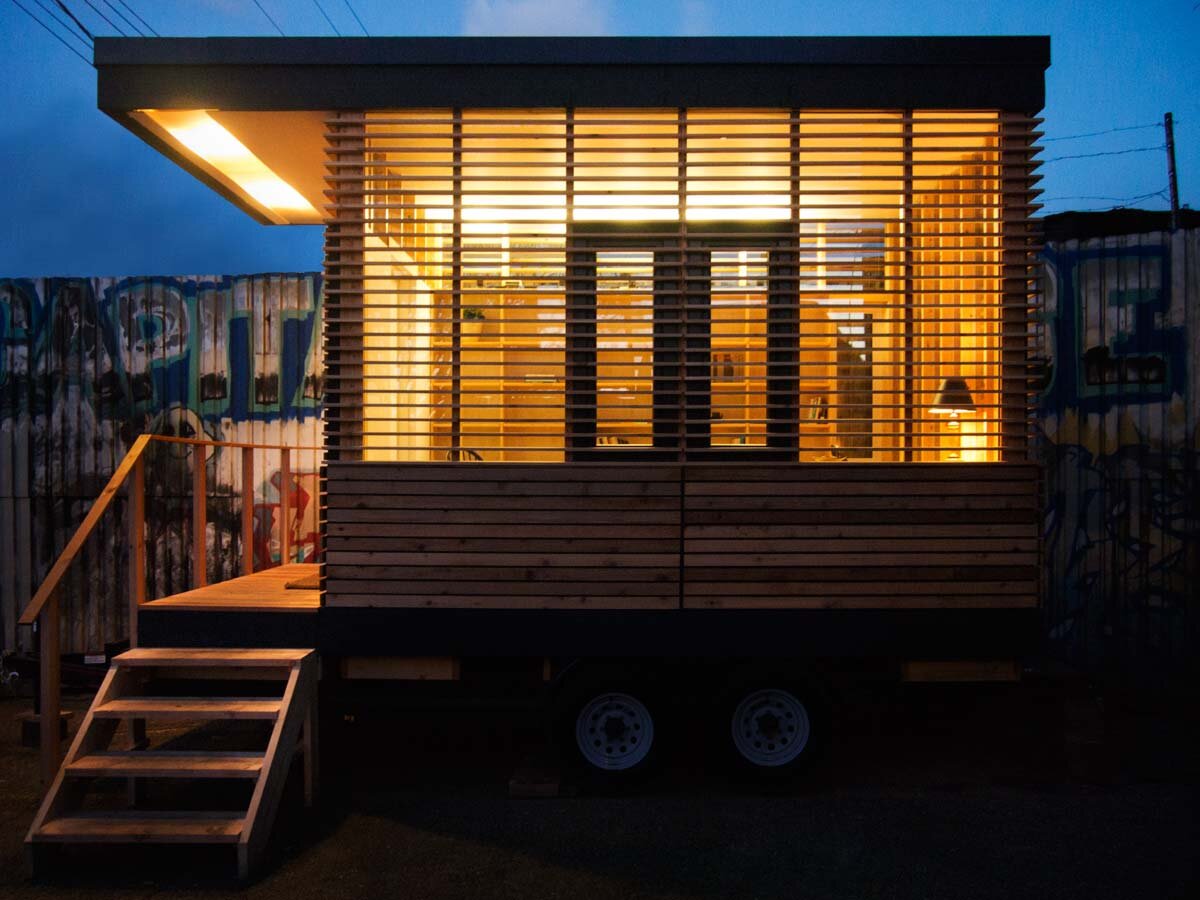 Overall, I think this is a great small space that would make for an amazing little office or library. The attention to detail and the arrangement of the cladding create a modern and inviting aesthetic. You can get your hands on your very own Filter Studio for $25,000 CAD.

For more studio spaces check out 3rdSpace’s modern garden room that’s used as a library. Or this modern forest retreat by Workshop/apd. See all studio spaces.

The Hut by Koji Kakiuchi – A Small, Elegant Retreat

A Tiny Retreat by Jerome Levin