Could you live in a public restroom? Perhaps if it was renovated like this one, you could. Laura Clark, an architect living in London, purchased this abandoned public lavatory that lies beneath the Crystal Palace Parade. The space measures only 600 square feet, and even though the renovation works ended up being more complicated than first anticipated, the end result is this amazing luxury apartment.

Clark says “For me that’s about saving sites with an interesting history, but which have been abandoned and forgotten.”  After having to attend several council meetings and the property’s ownership being thrown into question, it was unclear whether or not Laura could actually build on the site. Fortunately, it was decided that the property could be put up for sale as a non-commercial space in 2011, allowing Laura to purchase the site and begin working on the transformation from grimy lavatory to luxury pad. 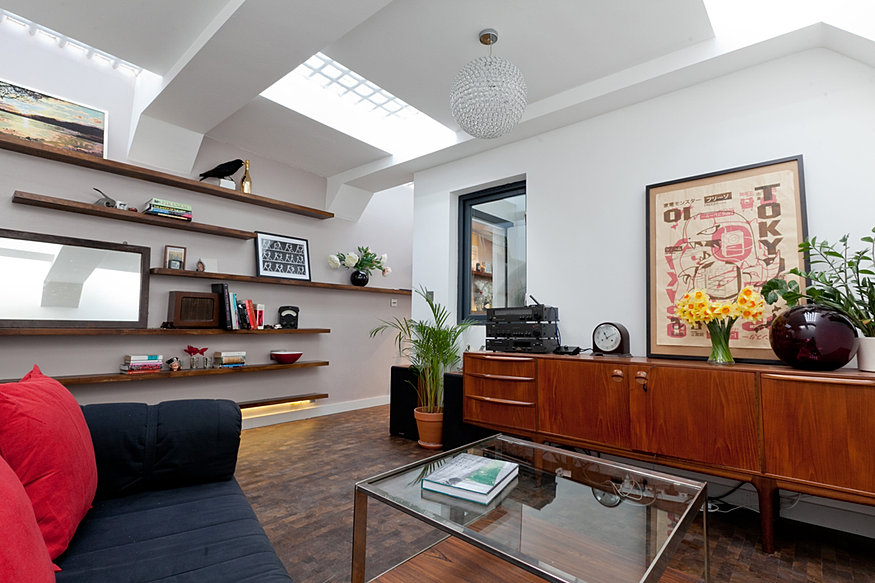 Clark’s practice, Lamp Architects, set about turning the space into a habitable one-bedroom apartment, All told, the conversion came to a total cost of only £65,000 (~$100,000), not bad considering the state of affairs. The space is now a light, bright open plan home with a modern kitchen, living area, bedroom and bathroom. There’s even a small patio area with what could easily be a turned into mini vertical garden. The home is naturally lit by the small, circular, translucent glass tiles.  Small elements of the spaces original use have been retained like the splashback tiles in the kitchen. 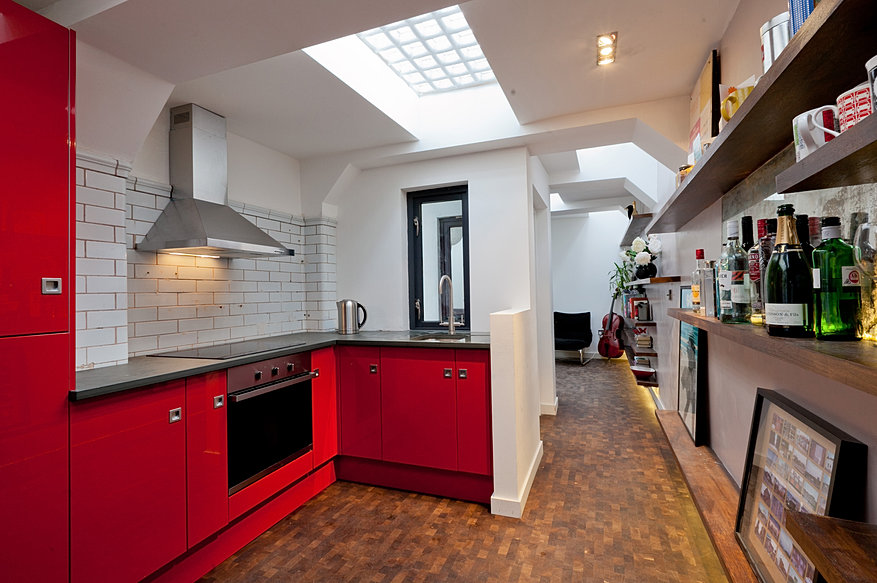 It’s not the first time that someone’s opted for an unusual living space – Schlafen im Weinfass in Germany, will put you up for a night in a giant wine barrel, and Rustic Campers from the UK create country-style micro homes from ordinary looking trucks. 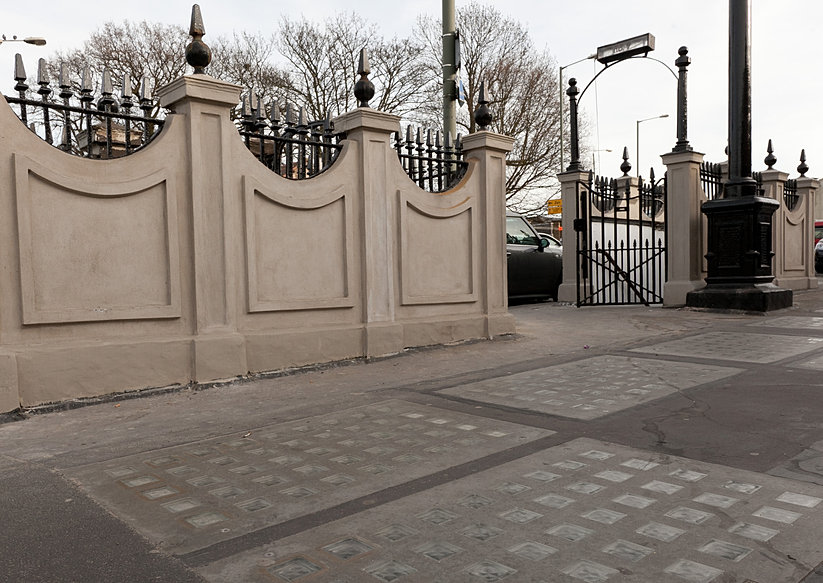 The coolest aspect of this small home? The fact that you could walk right over it and wouldn’t even know it was there.

A Small House Renovation by 8A Architecten

Tiny Writer’s Studio in London is a Wood-Clad Haven

A Restored Old Luggage Van Makes For A Cosy Retreat

From Boiler Room To A Cosy Tiny House – Christi Azevedo