The architecture firm, SO? Architecture&Ideas, created this off-grid abode. The wooden structure is set among the meadows and mountains of Edirne in Turkey.

The project has been dubbed “Cabin on the Border”, as it lies near the border of Turkey and Greece. It was completed in 2018 and serves as an off-grid retreat. 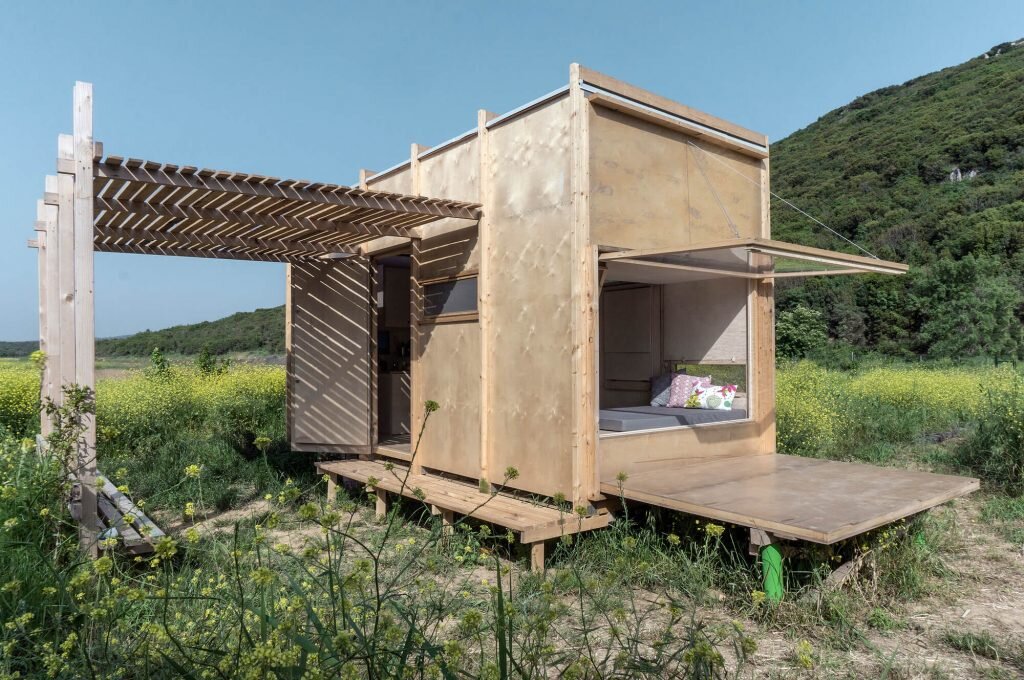 The unit is composed of just 194-square-feet (18-square-meters). It was prefabricated off-site and then transported to its final destination – a plot of land on the outskirts of a small village.

No less than eight designers were in involved in piecing together the project. Working collaboratively, they explored different ideas surrounding space, it’s usage, and how to make the most of a very limited floor area. 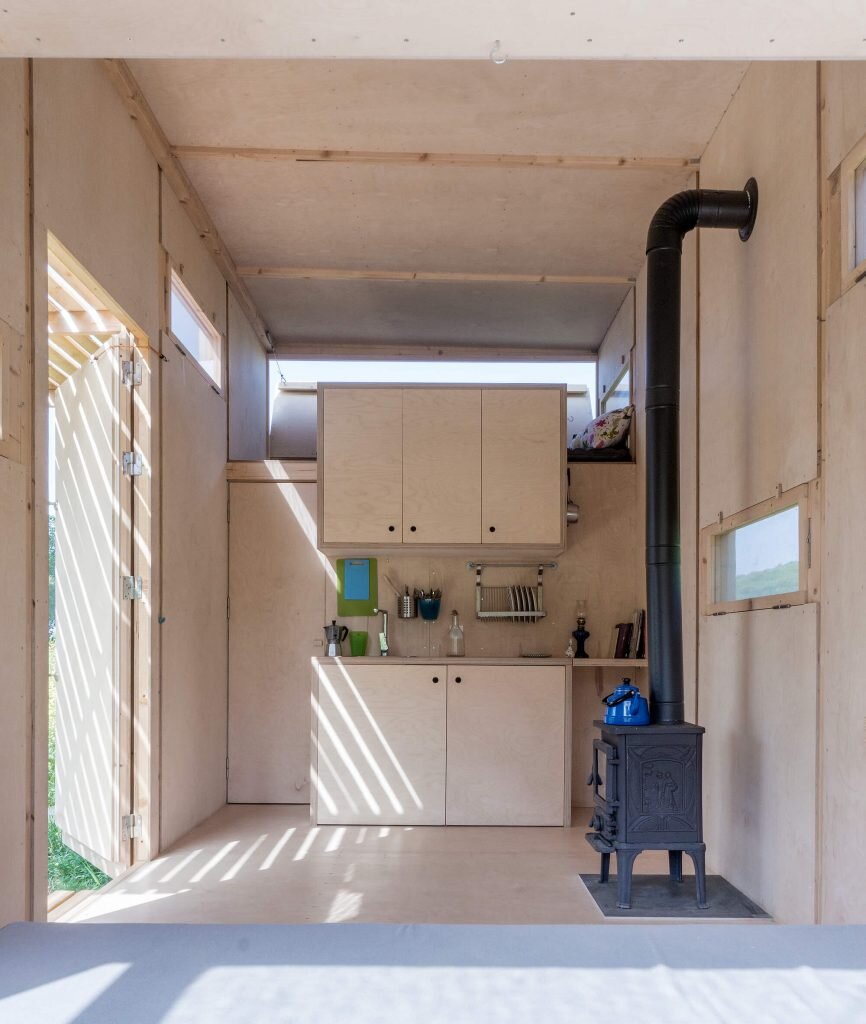 In the end, they incorporated a number of storage solutions and pop-up/hide-away elements. The bulk of the interior is concerned with a public living area, with a kitchen to the back and a fold-able dining table. Sleeping spaces are found in the loft, while a bathroom can be found behind the kitchen, separated by a partition wall. 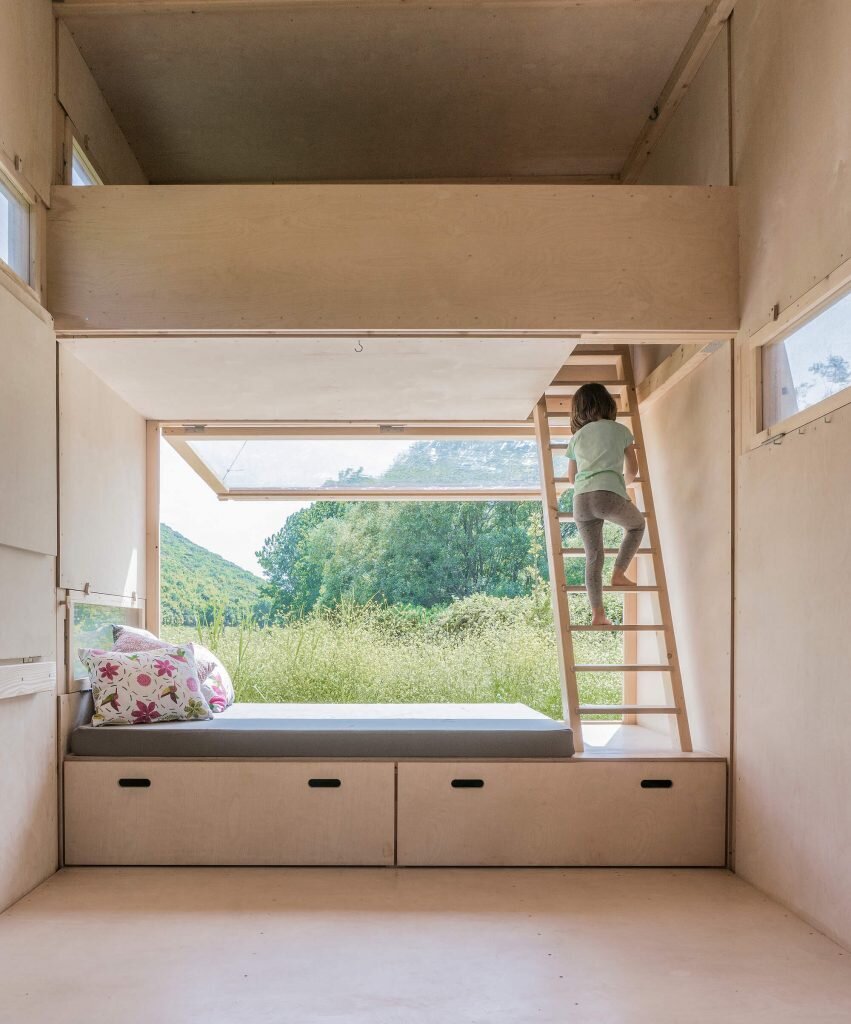 Arguably the best feature of this tiny house, is it’s walls. A portion of one of the gable end walls can fold down to create a small outdoor area with an overhead shade. It helps keep the interior bright, and introduces plenty of ventilation – a must in such a small house where temperatures can soar.

An additional outdoor space is framed by another overhead shade to the front. It’s supported by posts that help form benches towards their base. From the designers: “Cabin on the Border faces weather conditions that vary dramatically depending on the season. In a warm rainy afternoon, the polycarbonate window becomes a canopy to lay under and watch the sky over the plywood façade that becomes a terrace. On a stormy night, both the window and the façade is shut down.” 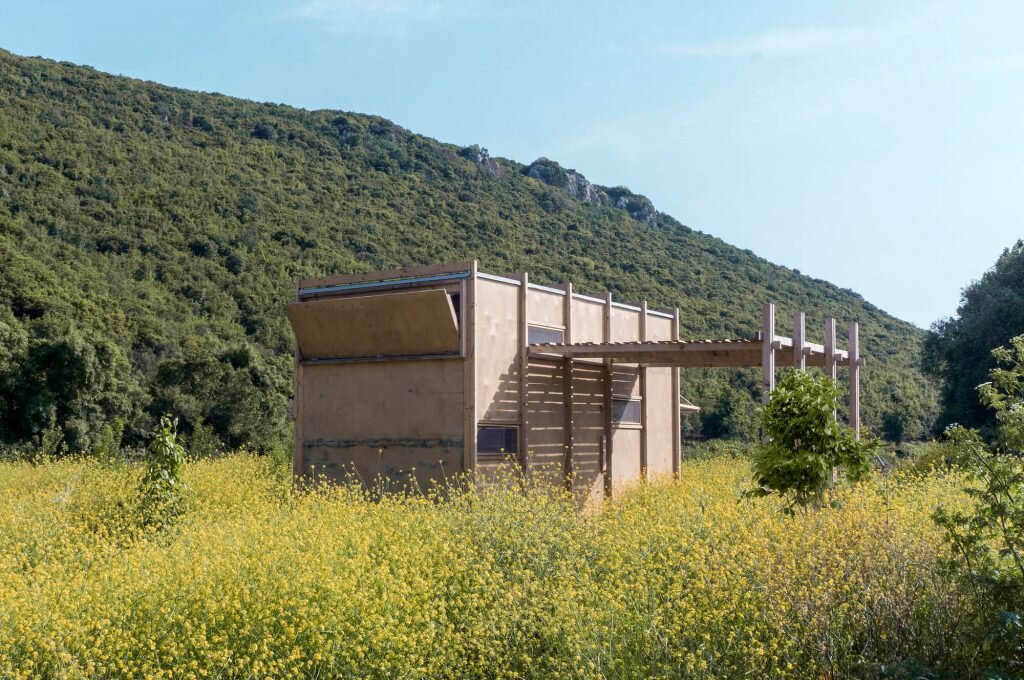 For more tiny houses check out Trailer, a tiny house constructed from waste materials by Invisible Studio. Or, this tiny retreat by BIG called the A45. See all tiny houses.