This apartment, which can be found in the area of Vila Mariana in São Paulo, Brazil, takes inspiration from Scandinavian architecture to create an easy-going contemporary home.

It was the owner who requested the property be finished in Nordic style. She contacted the firm, Casa100 Arquitetura, who then took on the challenge of creating the displaced home. 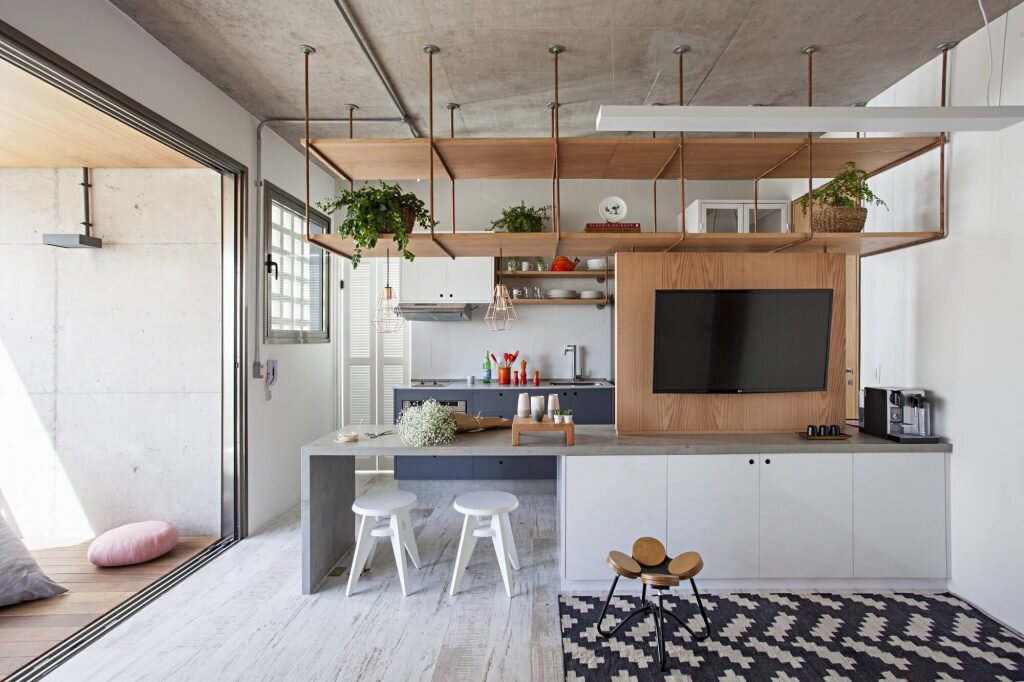 The project was descriptively titled “Apartment with Partitions” and was wrapped up back in 2016. The property itself consists of a medium-sized apartment with a floor area of 700-square-feet (65-square-meters). For the architects to achieve the clients wishes, they had to start by rearranging the floor plan. 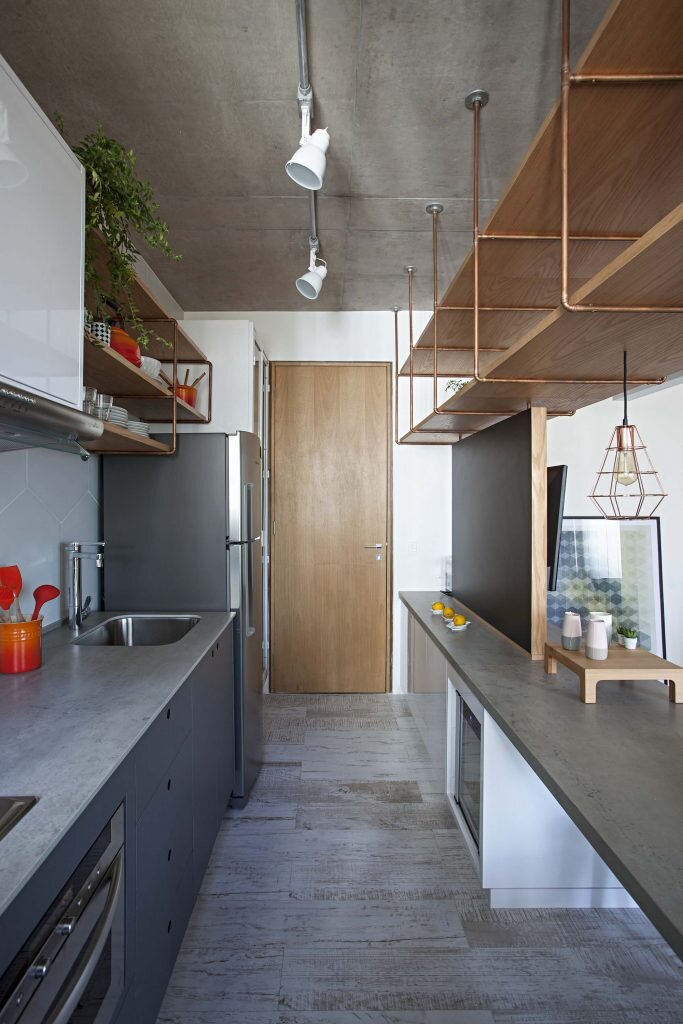 The property was originally home to two bedrooms and two bathrooms. The master bedroom has been enlarged and the second bedroom has been removed in order to make space for a large closet. Both bathrooms have been kept: one is accessed from the living area, while the other is a private en-suite. 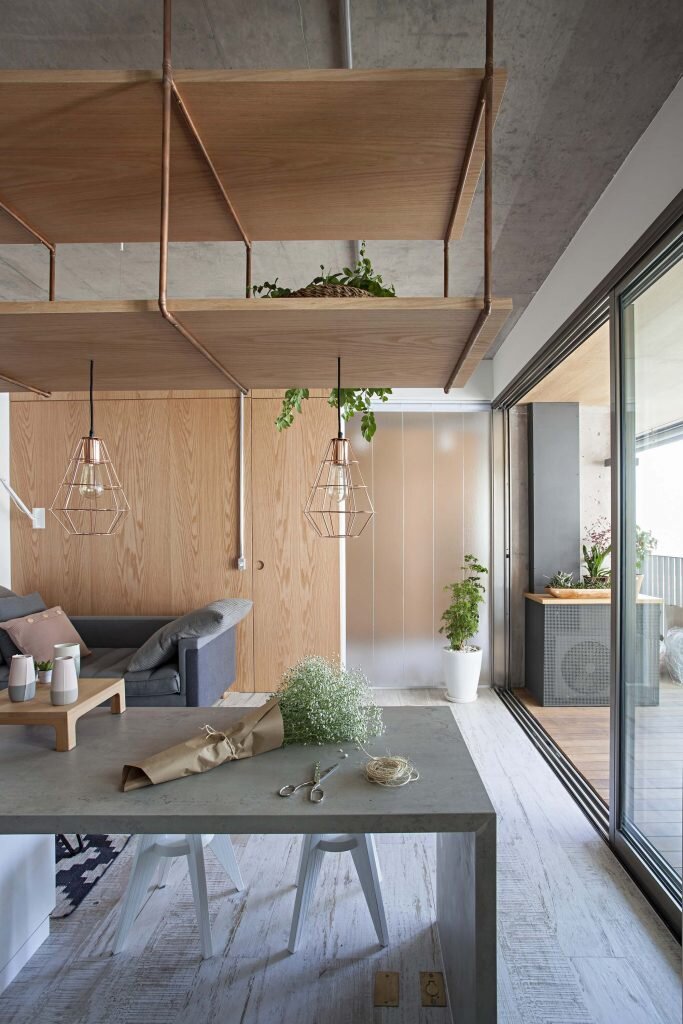 The bathrooms were rearranged slightly during the renovation. The publicly accessible bathroom had its shower removed, leaving it to function purely as a restroom. The en-suite on the other hand was enlarged, making way for a much larger shower. In the open plan living room/kitchen, a dining area was introduced. 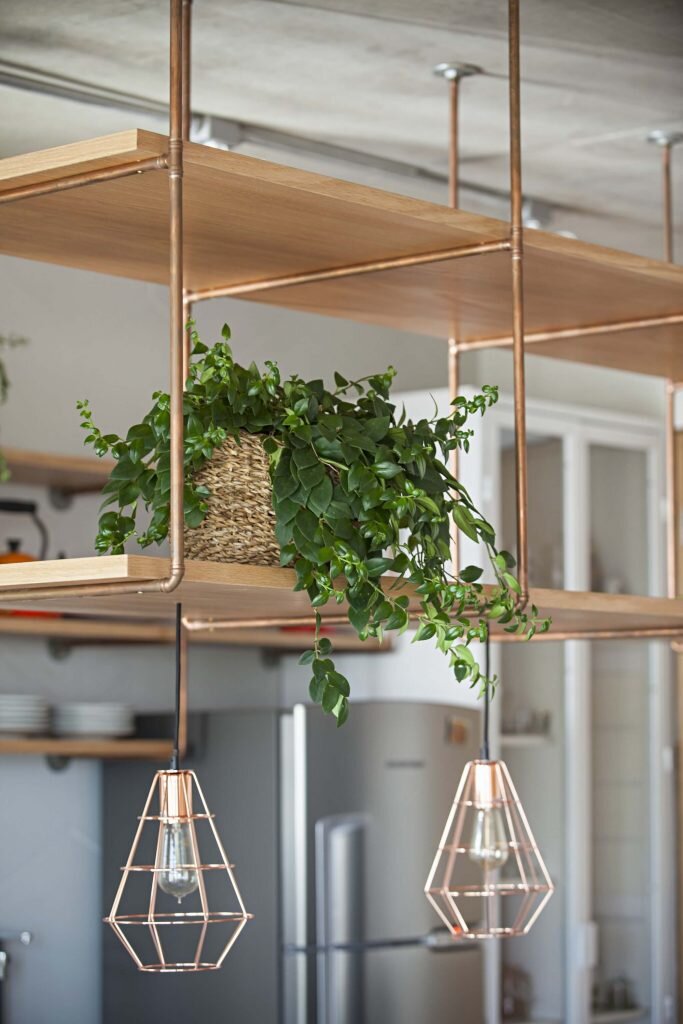 The dining area helps maintain a degree of separation between the living spaces. Some items, like the air-conditioning unit, have been hidden while others, like the lighting tracks, remain exposed. The other overall effect gives the interior a slightly industrial feel that’s softened by the presence of wood work and plants. 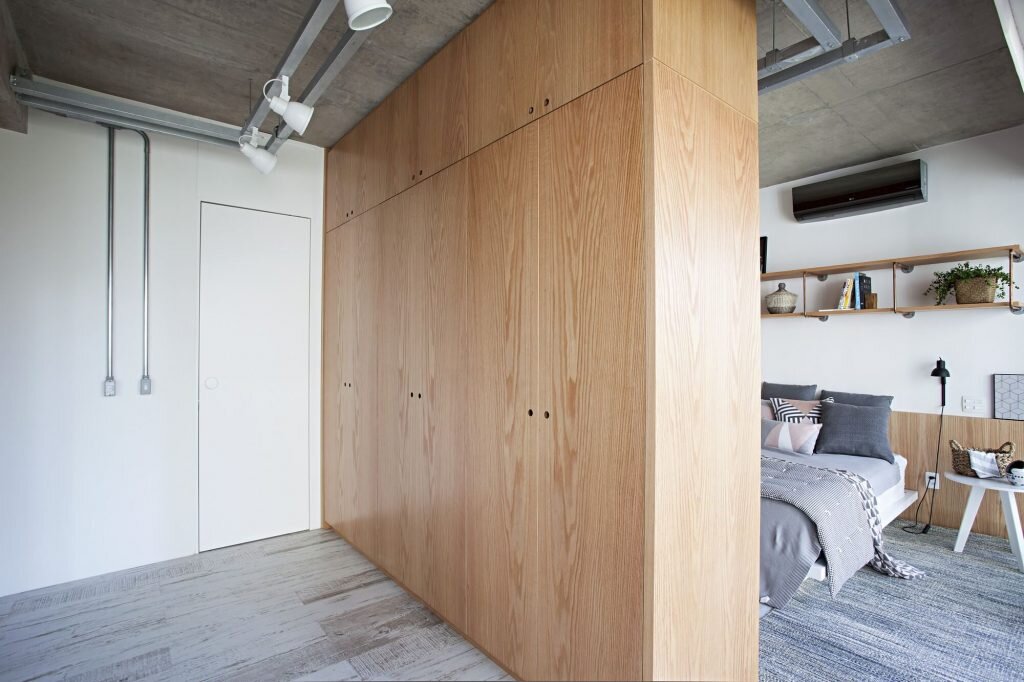 For more apartments check out Duplex Tibbaut, an intervention that sees two apartments joined into a single unit. Or, this property by LCGA in Taipei that plays with light. See all apartments. 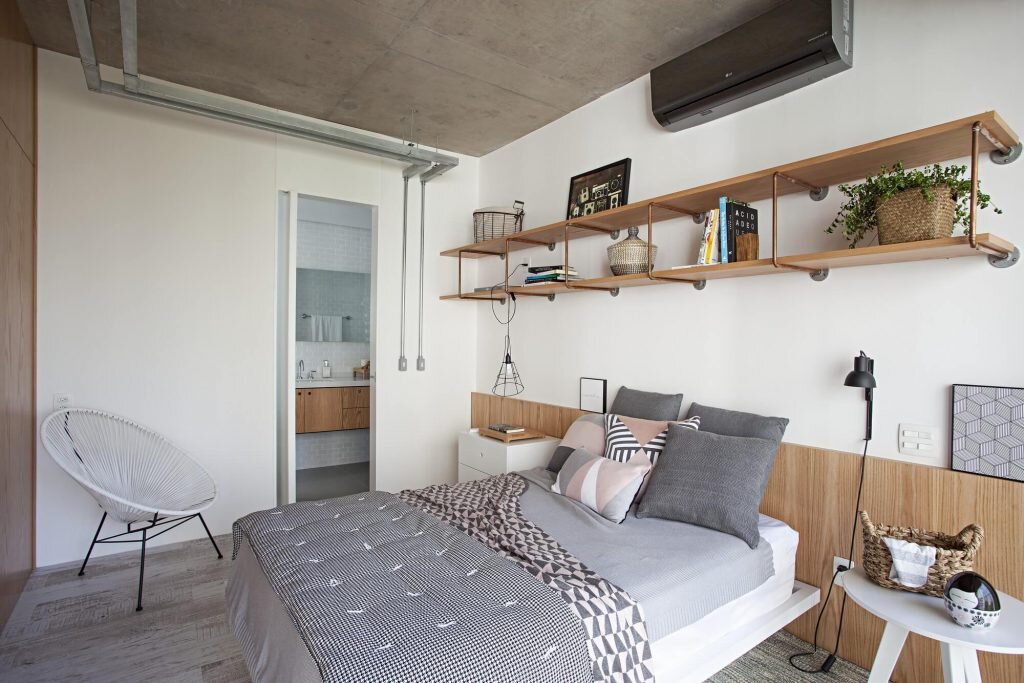