The owners of this now renovated home purchased an old disused studio that had been used by the artist Pierre Lemaire. Lemaire passed away in 2007, and the studio was left direlect until recently.

To transform the unlivable space into a contemporary tiny home, the owners contacted the French firm Atelier Wilda. Lead by Willy Durieu, the firm overhauled the space to make it suitable for a young family. 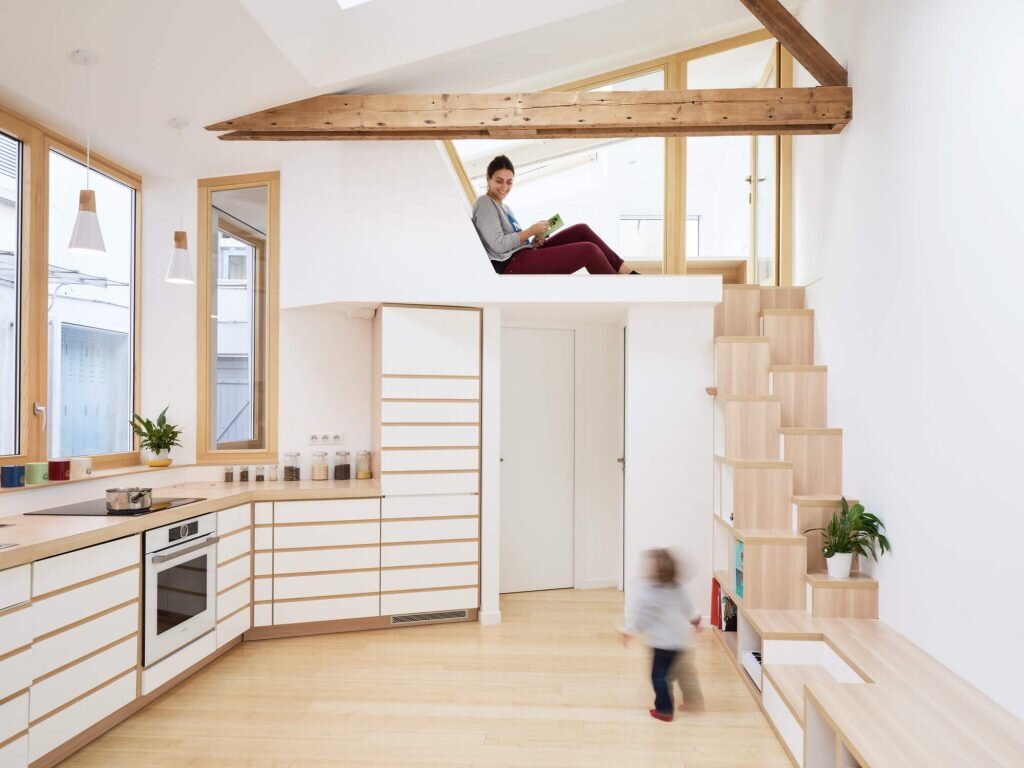 The property is set in the heart of Paris – a city that’s no stranger to small, and sometimes cramped living conditions. As the demand for affordable housing increases, people are seeking alternatives and settling on unusual spaces which can be converted into something livable, just like this project. 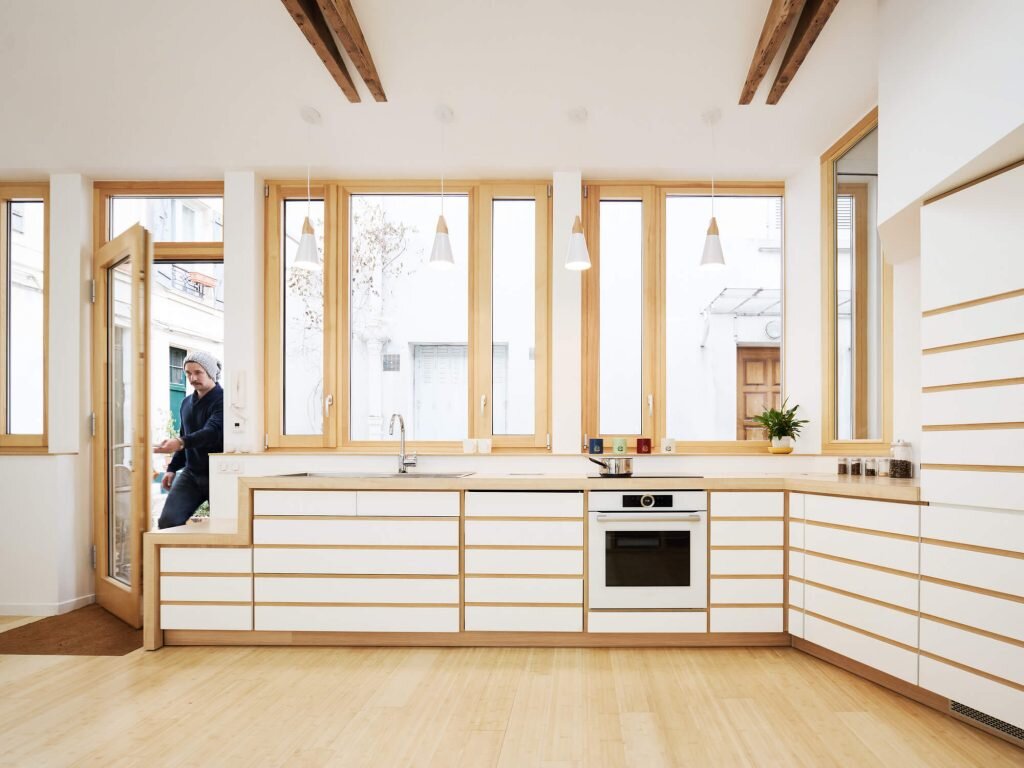 The studio, simply dubbed “Atelier 142” by the designers, has a footprint of 484.38-square-feet (45-square-meters) to take advantage of. Much of the interior was demolished, leaving only the load-bearing walls and roof. The client needed several rooms, but was also unwilling to sacrifice the “spatial quality of the workshop”.

In the end they settled for a largely open plan space, with a few more private spaces to one end of the home. To maintain the same sense of space, internal partitions were finished with holes in them so that the true volume of the studio can still be seen from certain locations. 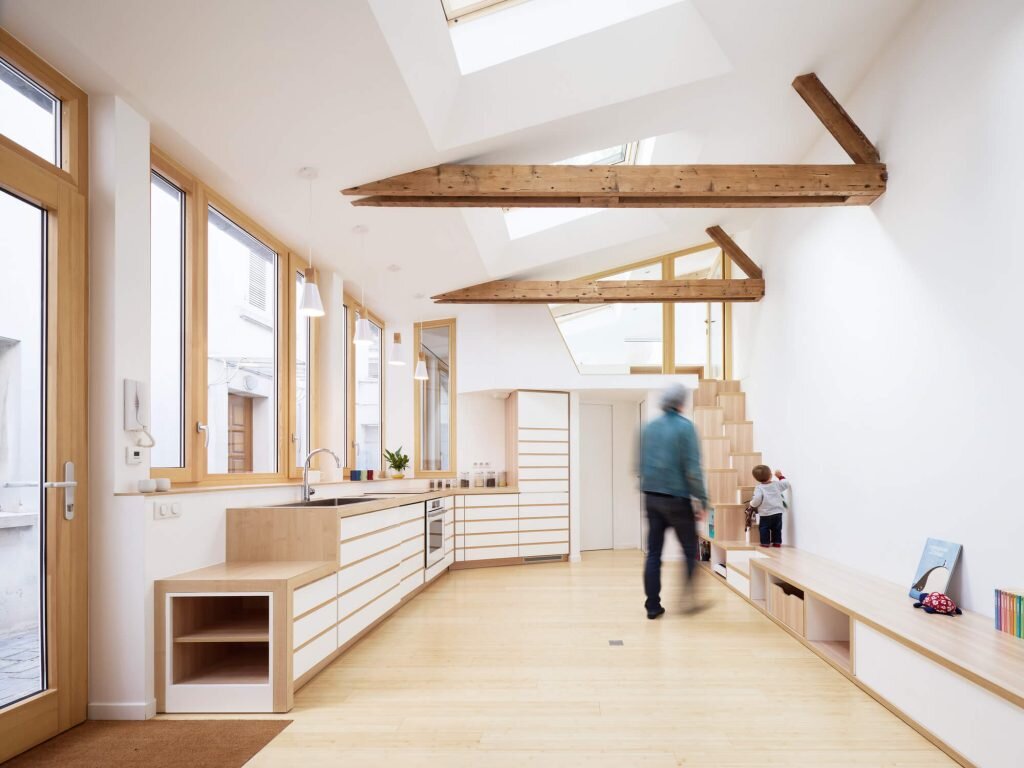 Upon entering Atelier 142 you’ll walk immediately into a spacious living room, kitchen and dining area. The bathroom and master bedroom some can be found to the back of this room, through a set of doors. Up above the bedroom and bathroom, there’s a small loft which acts as a secondary sleeping space. 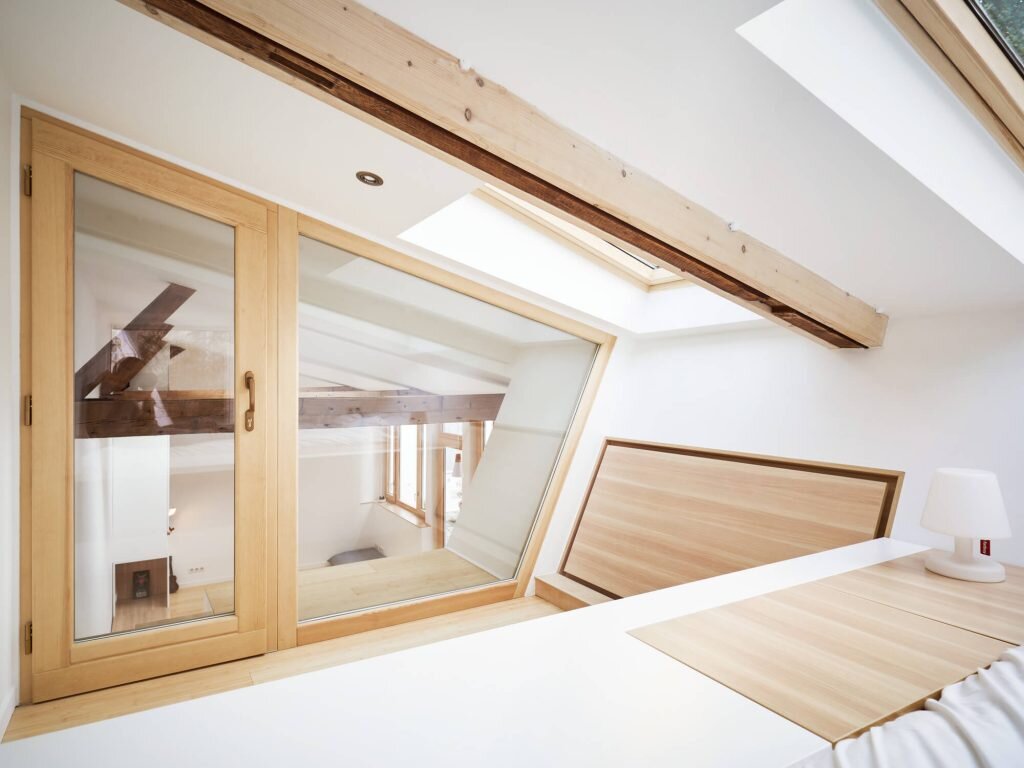 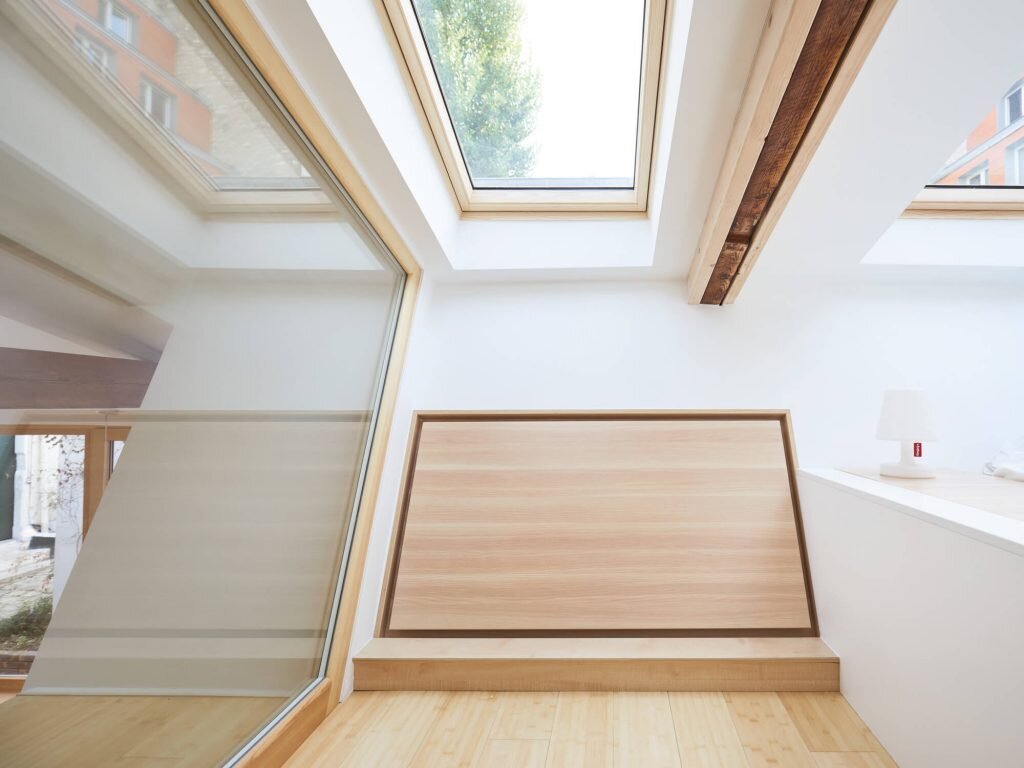 From the architects: “As it is a small area, the custom furniture has been designed to the smallest detail in order to optimize all possible storage spaces while adapting perfectly to the uses. In response to the client who wanted an extra room despite the small area, the architect proposed a very bright cabin perched at the top of the volume with a bird’s eye view of the living room. It has a workspace with storage and a fold-away desk and a large bed for two people.” 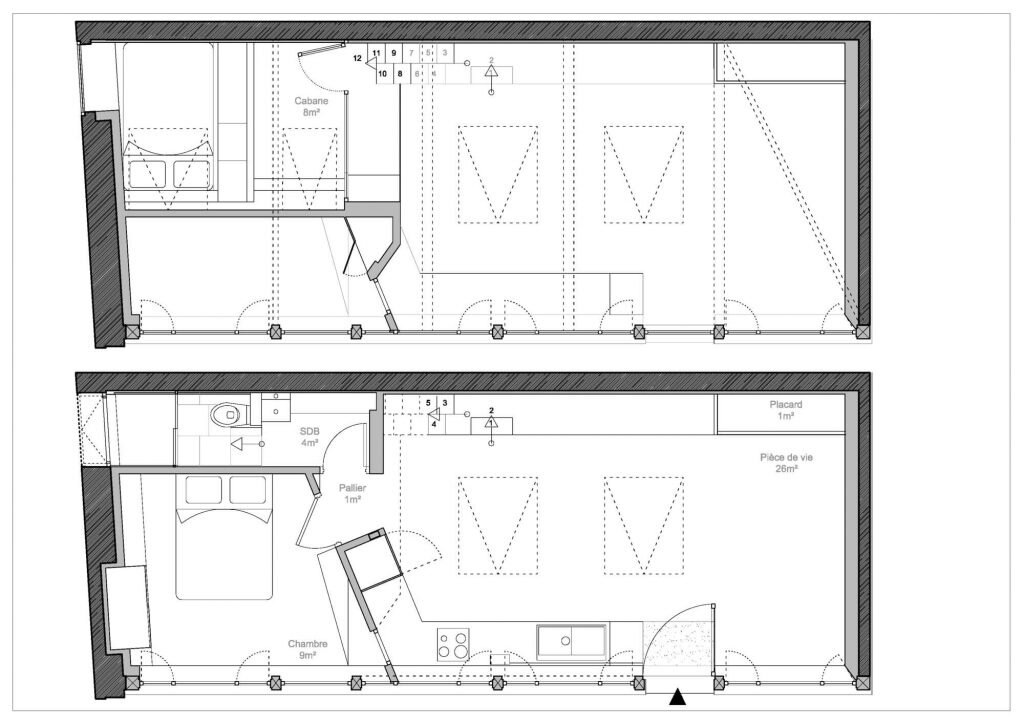 For more apartments check out Cat House, a 331-square-foot apartment designed to accommodate 51 cats. Or, this overhaul of a compact apartment by Studio Bazzi. See all apartments.