This tiny red-brick house can be found in north London, squeezed into a small plot at the end of a street lined with Victorian terraces. Designed by local firm Satish Jassal Architects, the house has been dubbed the Haringey Brick House. 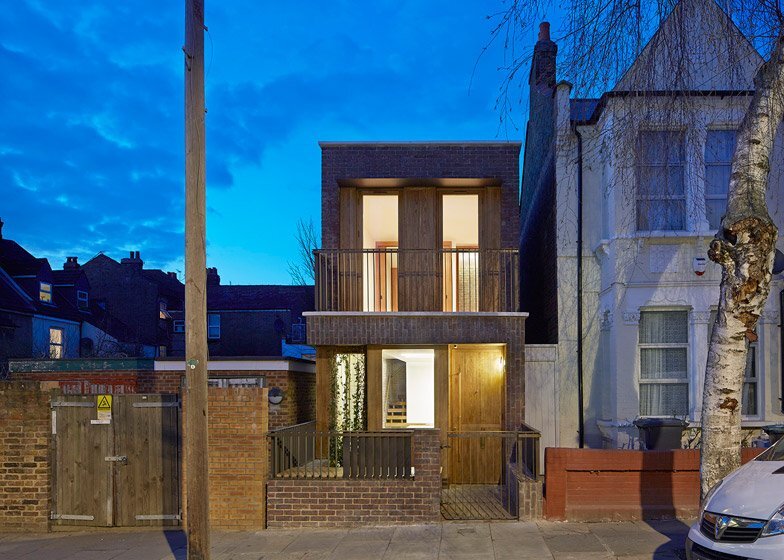 The architects were contacted by the client, who wanted to transform a site that had previously been used as a garage for over a decade. SJA were able to secure planning permission for a one-bedroom house, measuring just 12-by-28 feet (3.6-by-8.6 meters). 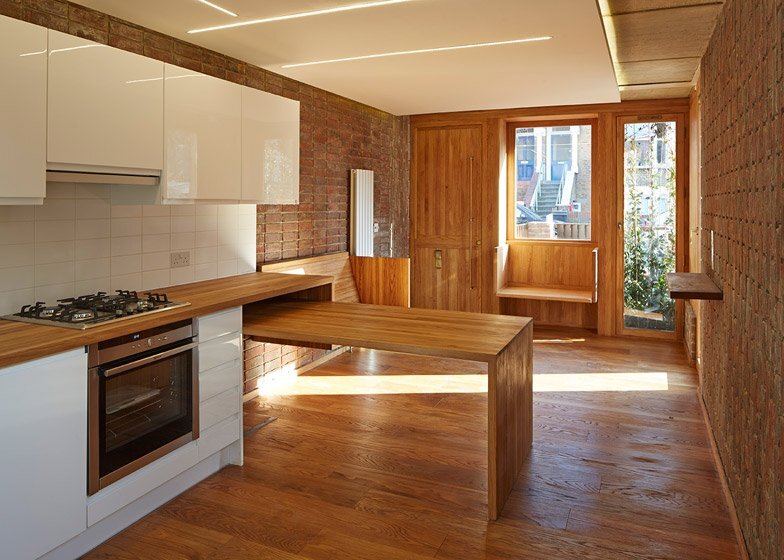 During the design process Satish took inspiration from the adjacent terrace houses: “What interests me about the Victorian townhouses is the vertical windows, the horizontal lines created by the window sills and the gutter lines and the recessed entrances.” He then incorporated these features into the tiny house, allowing it to “have a conversation with the Victorian terraces” without copying them. 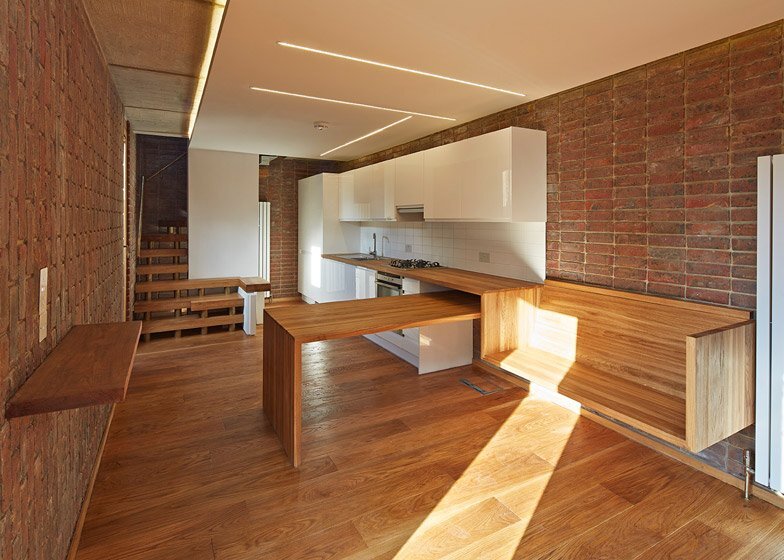 The exterior is clad with red-brick (instead of the traditional yellow London stock), and makes use of unusual arrangements to create an understated decorative façade. Oak has been used for the doors and windows, as well has the furniture pieces on the inside. 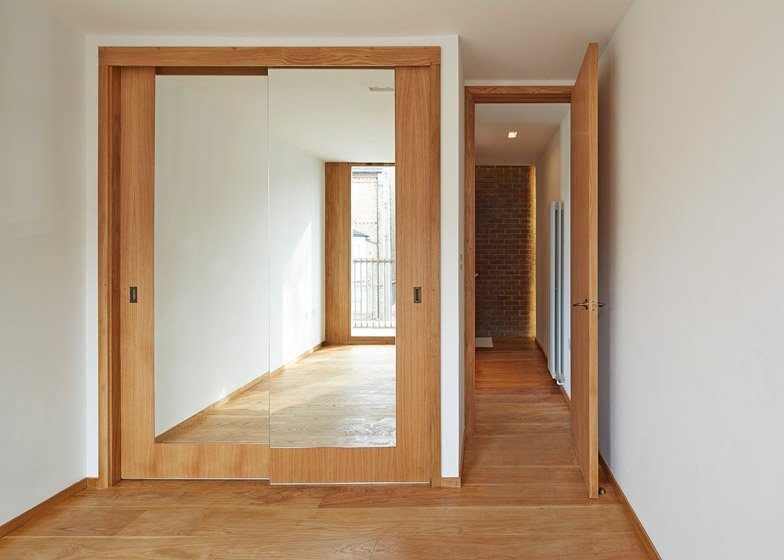 The first floor of the house is occupied by a living, dining room and kitchen with a staircase to the very back of the home. The living and dining room make use of custom built furniture to create a seating and dining table arrangement. 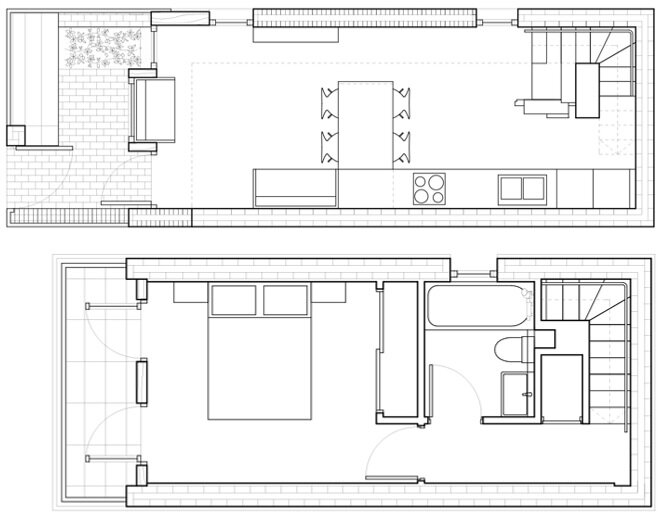 The second floor is taken up by the bathroom, the bedroom, and a small balcony to the front. The project was completed for a budget of £170,000, that’s about $266,650. It may sound like a lot for such a small home, but the finish is excellent, and it is of course set within an expensive city.

For more tiny and small houses check out this sleek modern home that features a curved wall that extends up to become the roof. Or, this house in Australia called Doll’s House. See all tiny houses.

Slice - A Small Guest House in Norway by Saunders Architecture

A Micro-Apartment Renovation in Berlin by Spamroom