This small apartment can be found in the historic city of Kraków, Poland. It’s been redesigned by local firm, MUS Architects. They introduced a simplified floor plan and minimalist interior finish.

The project, suitably titled Wireframe, was completed in 2017 with the help of architects Adam Zwierzynski and Anna Porebska. Together, they tackled the apartments redesign and overseeing construction works. 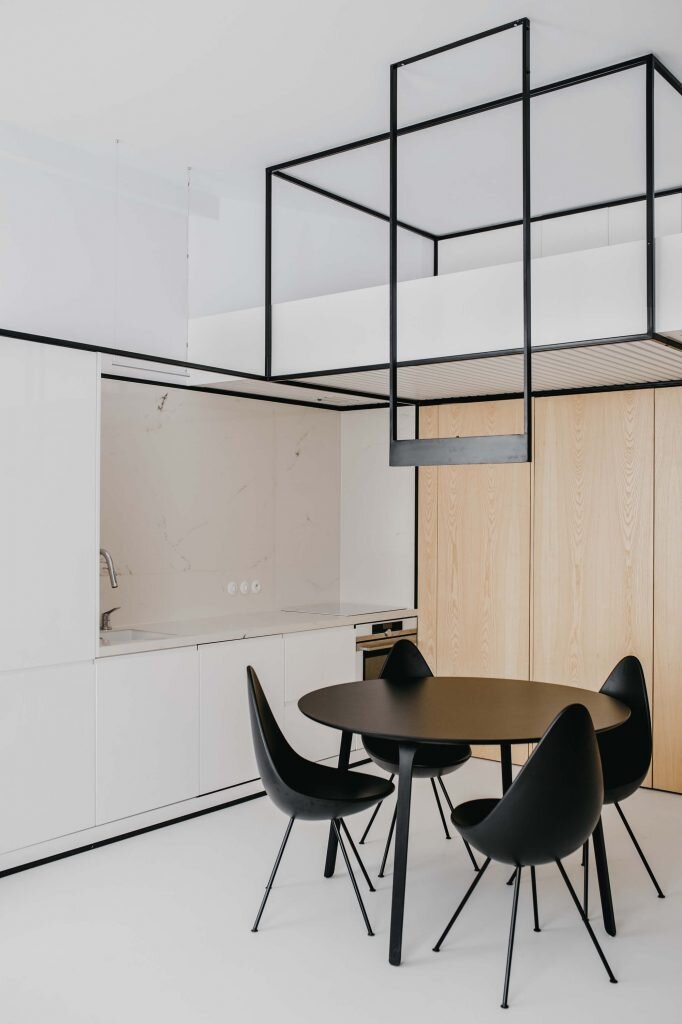 Wireframe apartment contains a relatively modest floor area of 495.14-square-feet (46-square-meters). The interior is characterized by “a skeleton of solids levitating in space”. The “skeleton” refers to the lightweight black steel frames found throughout. The black lines help shape the various living areas, often serving a particular function. 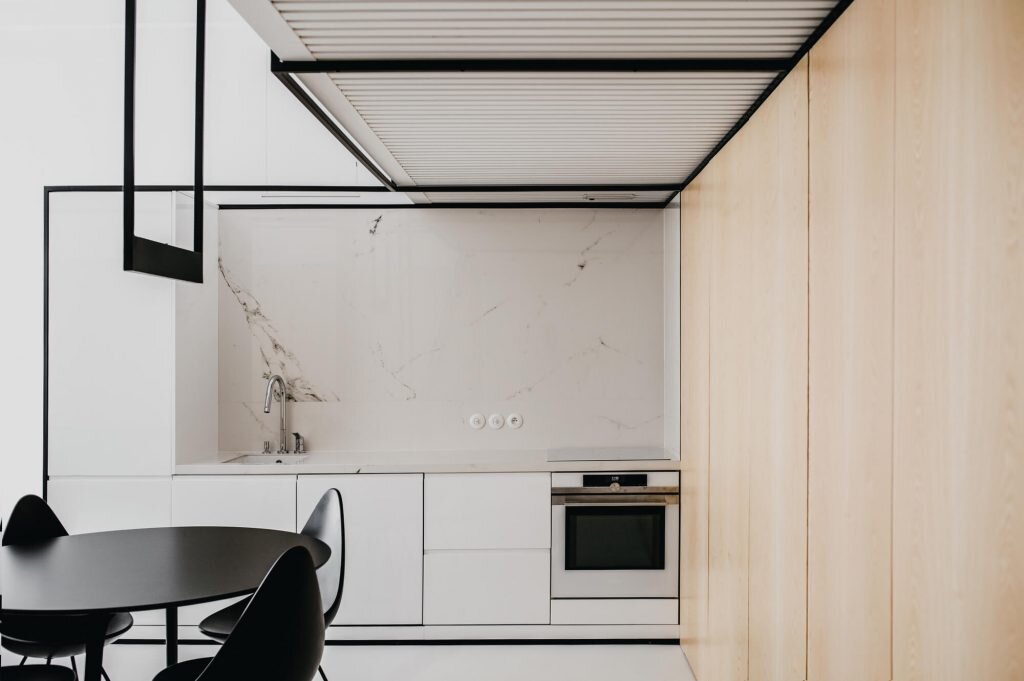 From the architects: “Thanks to the adopted space arrangement, we could fulfill the client’s functional plan in a small area while keeping the openness of the living space to the undoubted strengths of the space — the high interior, attractive balcony, and large windows.” 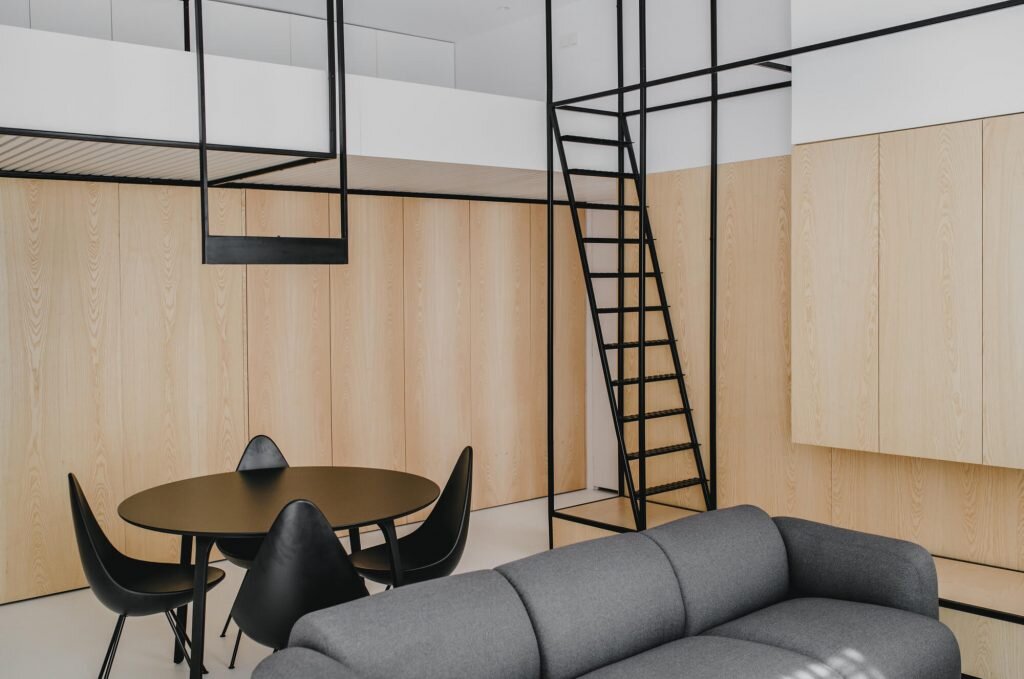 The main floor of the apartment features a short entrance hall that leads directly into an open plan room. The room contains a kitchen and dining area (found immediately beyond the entrance) and a living room to the front, where it can take advantage of the home’s tall windows. The other half of the main floor is taken up by a bathroom and home office. 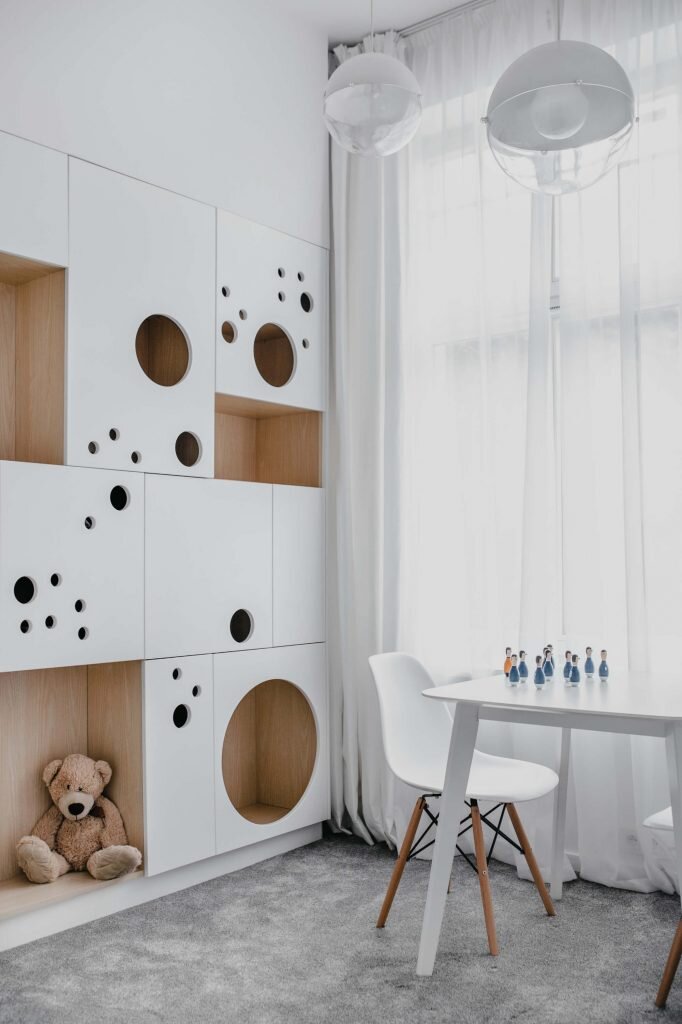 As mentioned previously, the mezzanine – accessed by a steel staircase – contains enough space for three beds and some extra storage. According to the architects, the apartment is not used on a daily basis by the clients, but rather acts as a “private haven” for them and their family. 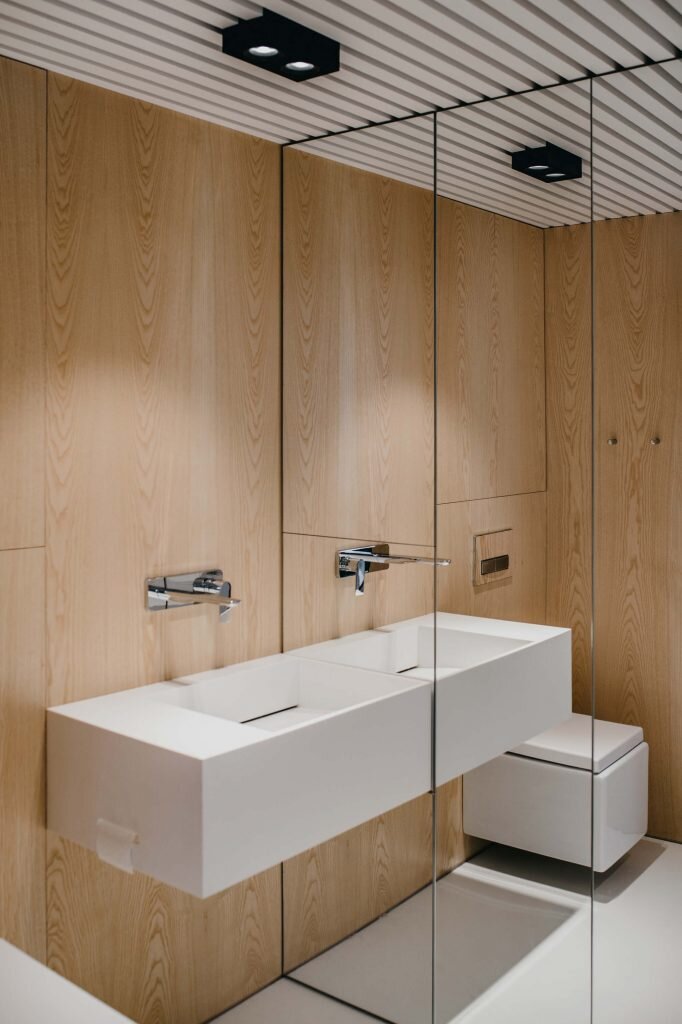 For small apartments check out Duplex in Kurokowa, a small home that’s big on space. Or, “Hey!”, a small and colorful apartment from Taipei. See all apartments.