These quirky wind-swept cabins have been designed by the architecture firm Atelier Urban Face. The cabins can be found in Mount Royal Park in Montréal, Canada.

Three units were erected in the park towards the end of 2017. Referring to them as kiosks, Urban Face states they each “tell us a story”. 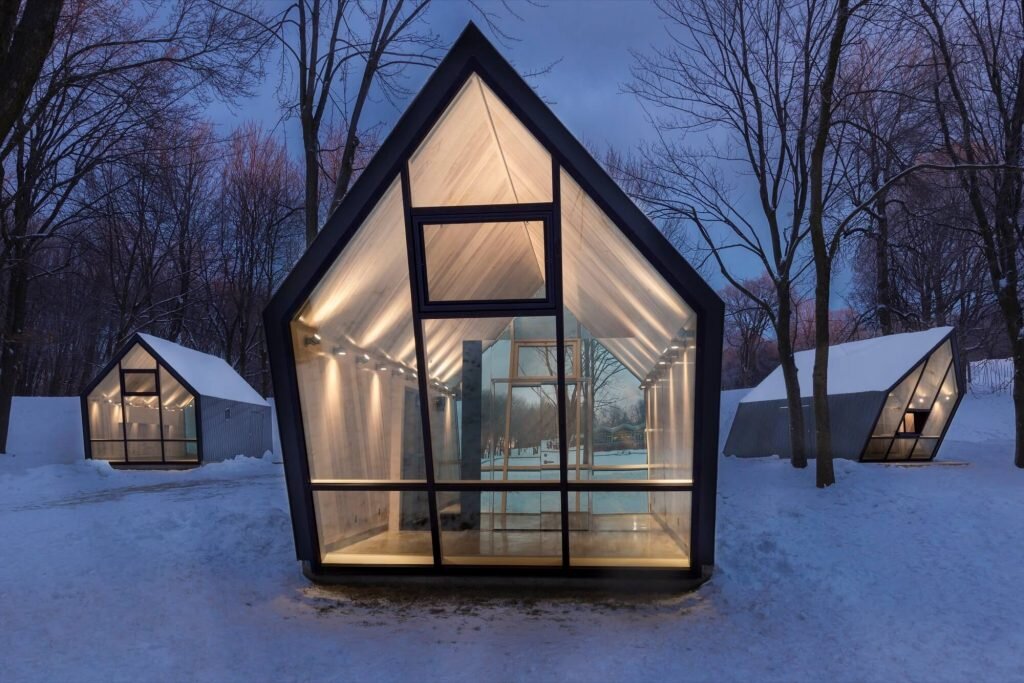 Their form is the result of the designers seeking to integrate them into the environment “in the most discrete and harmonious manner possible”. Combined, the kiosks cover a total area of 484-square-feet (-square-meters). They’re grouped closely together in order to create a hamlet that “encourages a sense of interaction and community”. 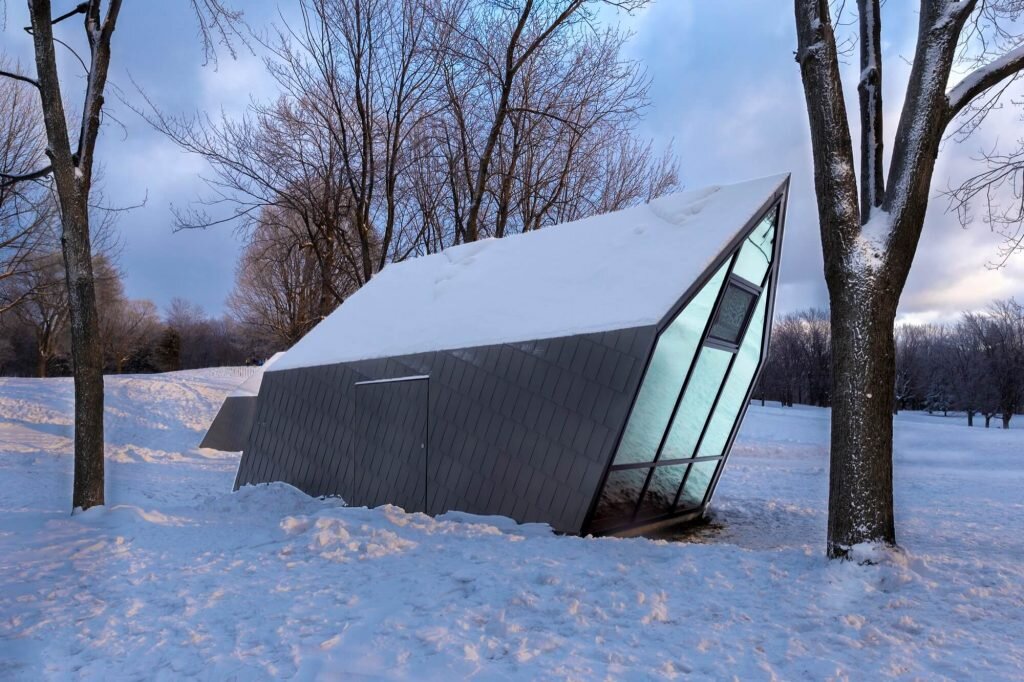 The units are made of steel, which allows them to take on their skewed form. The first kiosk has a 10-degree incline and is designed for accommodating up to 30 people during summer and winter field trips. The second has a 20-degree incline and houses tools and equipment for the upkeep of the park. 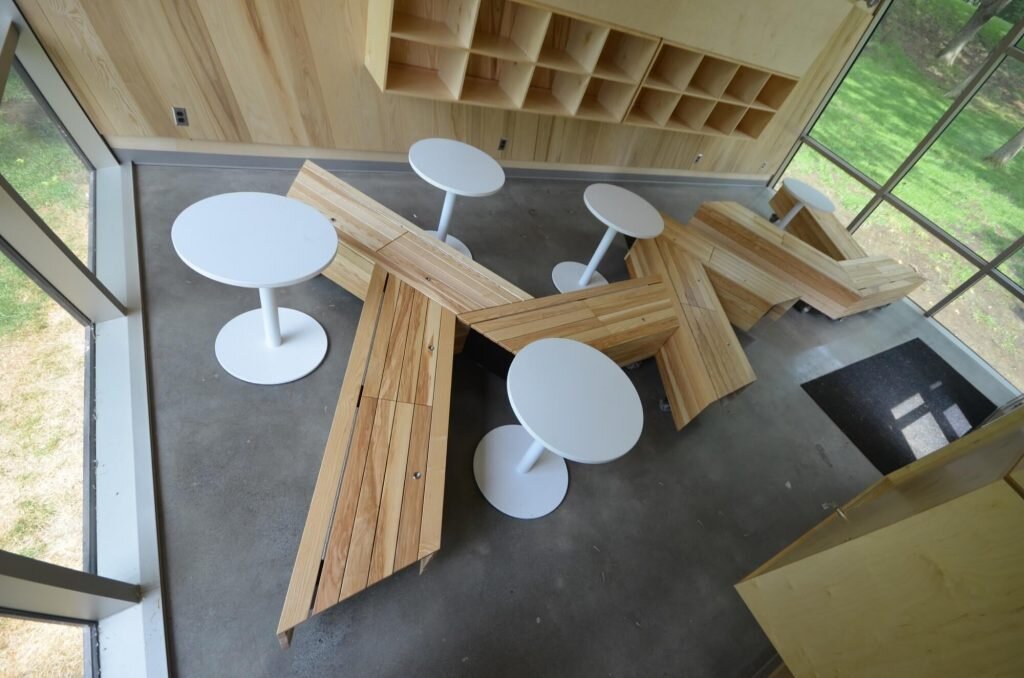 The third unit features the steepest incline at 30-degrees. It’s used as a ticket office, while also doubling as a storage space for recreational items. According to the Urban Face, their glazed gables and skewed forms helps to “create an impression of lightness”. 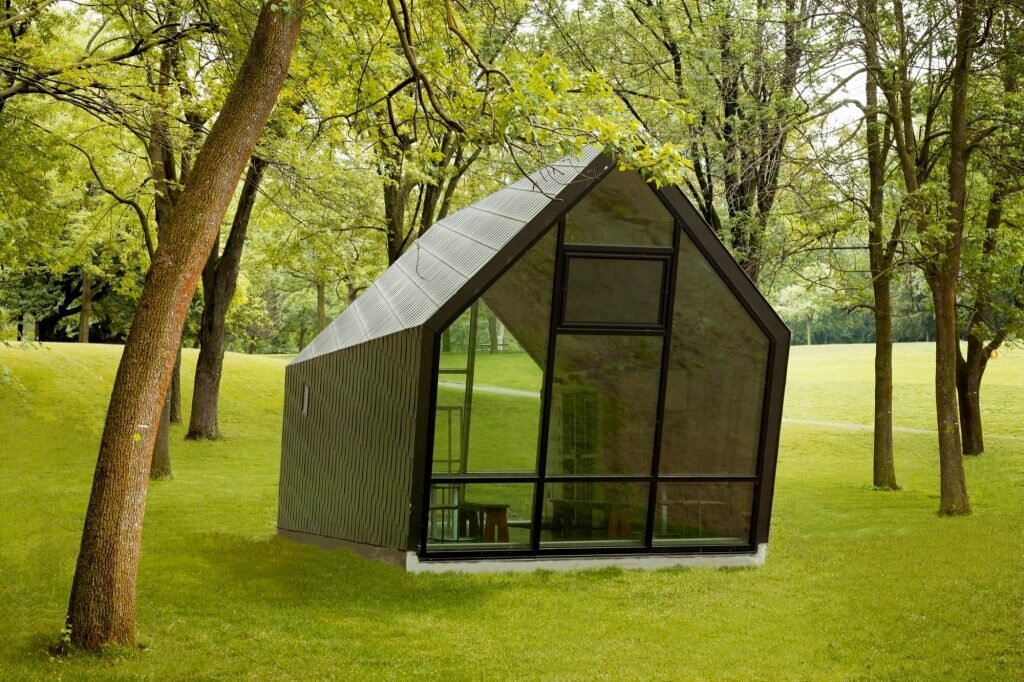 Given the cabins are built for utilitarian purposes, it’s no surprise they feature robust finishes including polished concrete floors and simple but effect wooden cabinetry can be found in each. One of the units has kitchenette, a small bathroom and a wood burning stove – with some minor adjustment you could create a contemporary getaway. 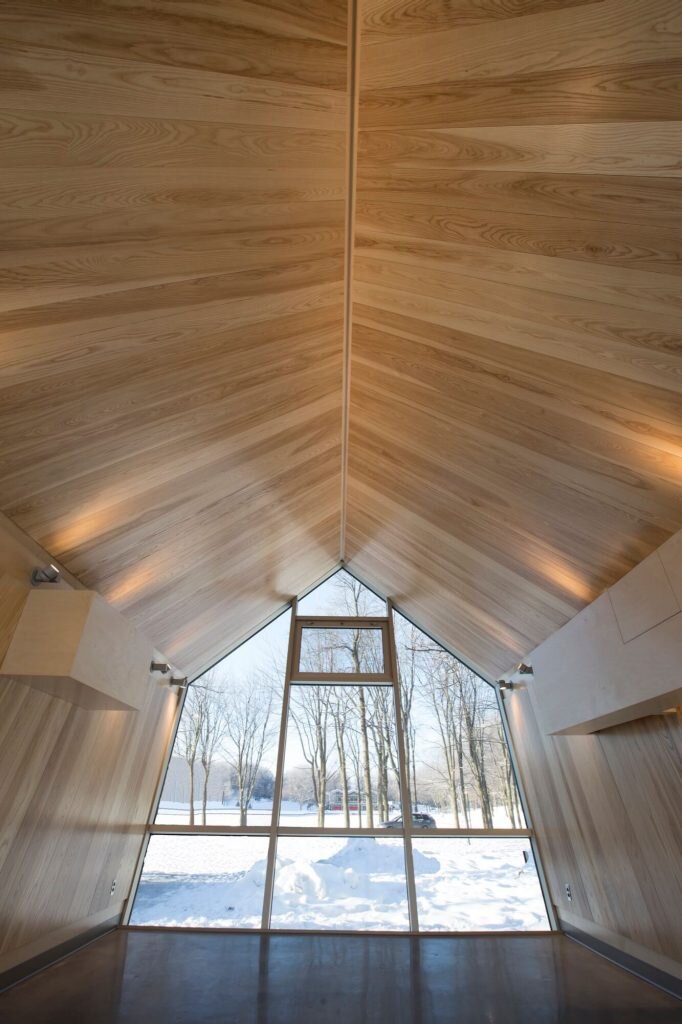 For more retreats check out The Escape Pod, a cedar-clad, acorn-shaped, retreat by Podmakers Ltd. Or, Half, a tiny self-built retreat that’s supported by nearby trees. See all retreats. 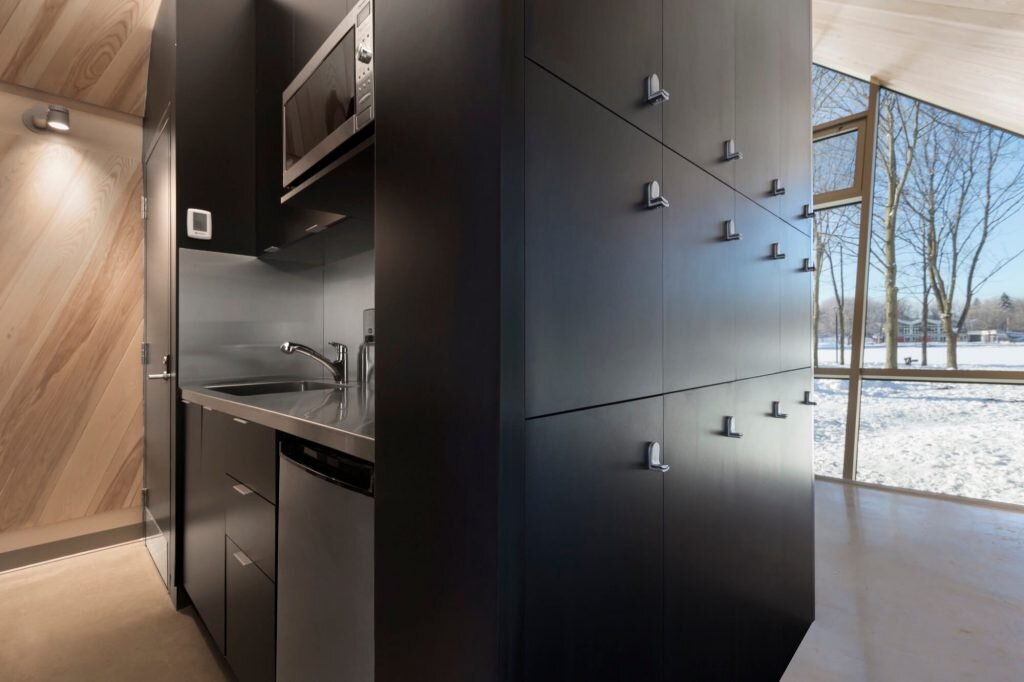 Brazilian Apartment Gets the Scandinavian Treatment by Casa100

"The Renovation of Ngamwong" Sees A Living Space Transformed