Danish architecture firm BERG + KLEIN are behind the design of this contemporary home in The Netherlands. The project, which is based in Hook of Holland, was completed in 2017.

Dubbed Villa H, it saw the construction of an open plan dwelling that takes inspiration from South America. Styling was adopted from Chile, Mexico and Brazil, and saw the use of concrete, wood and stone. 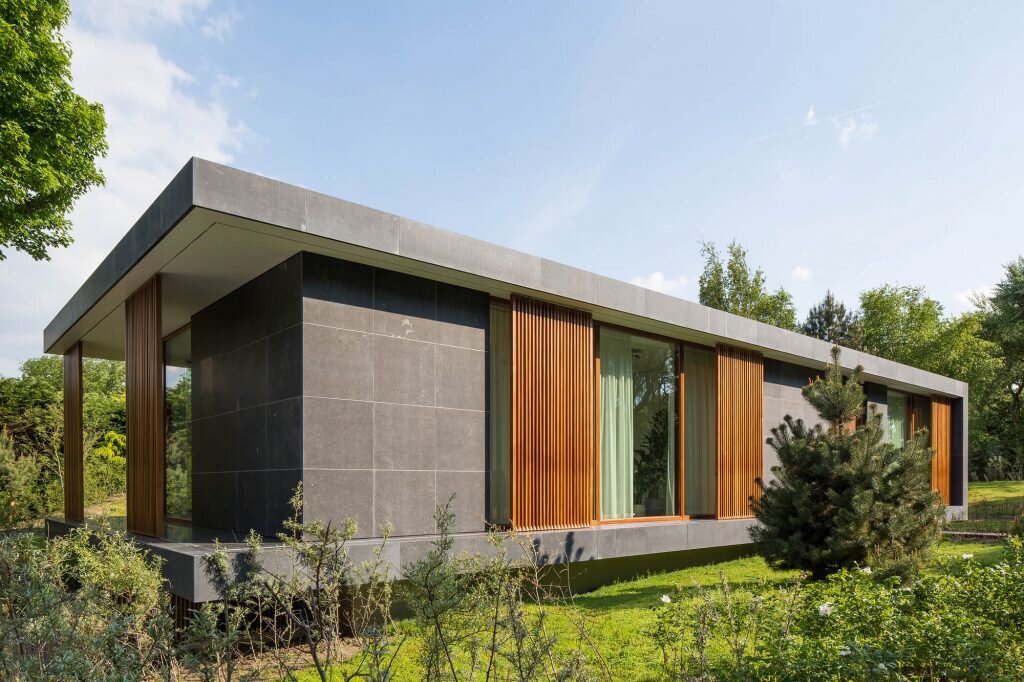 It was the client who determined the inspiration for the design – he had a very specific aesthetic that BERG + KLEIN were to implement. Villa H is set on a scenic plot of land, surrounded by lush trees and greenery. The plot measures 2895.49-square-feet (269-square-meters), with the house occupying a much smaller segment.

The house is composed of 80% concrete, which was poured in-situ. The walls are 9 meters tall – while the property looks to only be a single level, it actually contains a lower level that serve as a garage for the car. With the concrete in place, the structure could be filled in with internal walls, and glazing. 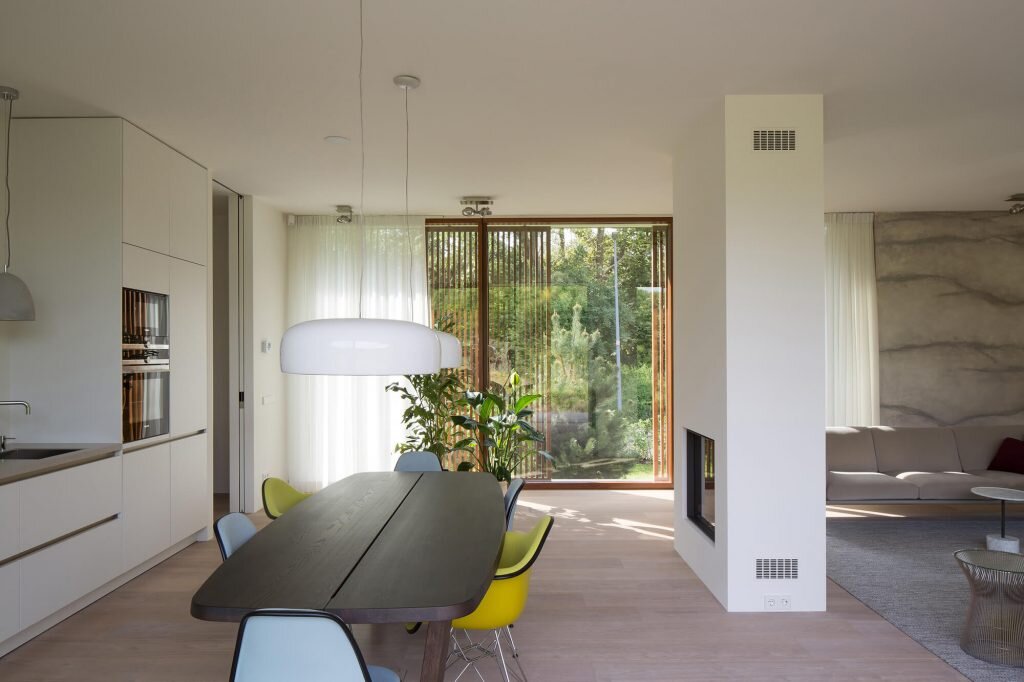 Villa H features no shorting of windows, with one of the upper level walls being entirely composed of glazing. There are large overhangs around the perimeter to combat overheating due to sunlight. The overhangs are supplemented by exterior screens that can be moved to provide shading at a particular location. 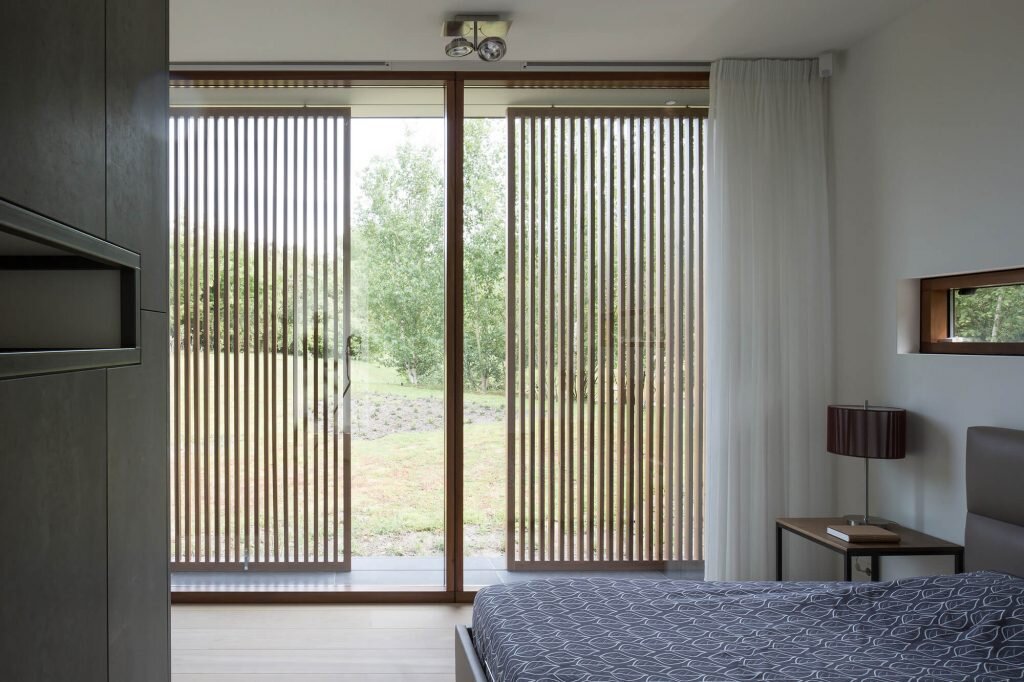 The lower level contains a large car parking space, along with several utility rooms and lots of storage space. The upper level contains the living spaces. One half of the home is occupied by the more public living areas, while the other has the more private areas. 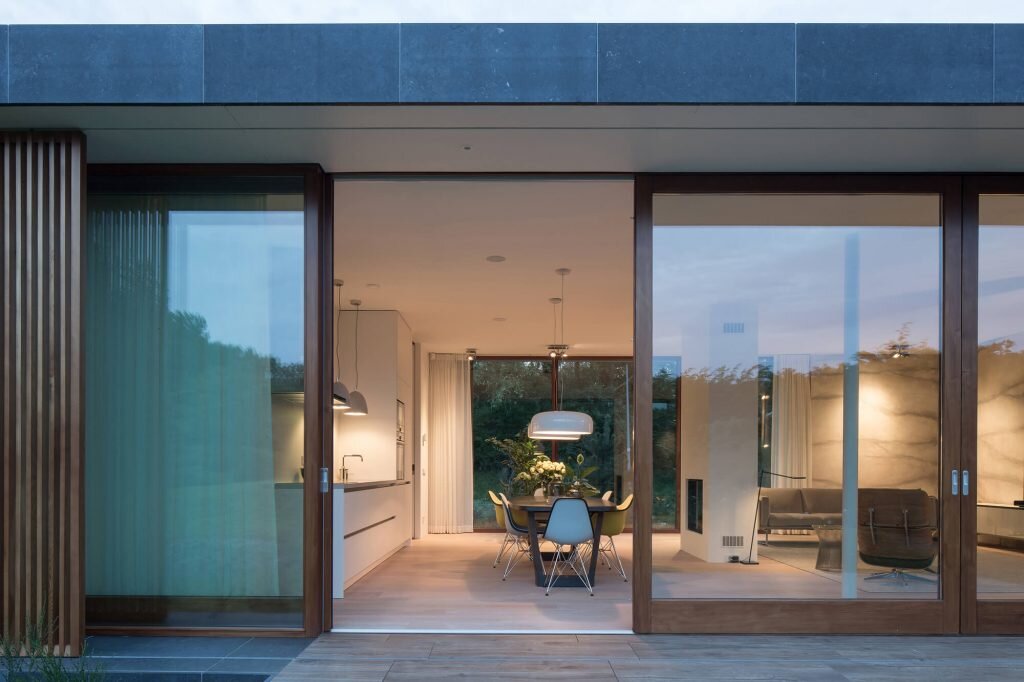 There’s a large open plan kitchen, dining room and living room to one end. The dining area and living room are separated by a two-faced fire and chimney. To the other side of the property, there’s a bedroom, a bathroom with a separate toilet and a study.

For more small houses check out Greycouch by Ideacouch, a small South Korea property with a rooftop pool. Or, House for a Drummer by Bornstein Lyckefors in Sweden. See all small houses.