Here at Humble Homes we love treehouses. There’s just something enchanting about the lofted retreats. Some of us are drawn to them because of childhood memories, others because of its ability to act as a bridge between the natural and man-made. For Luís and Tiago Rebelo de Andrade the idea of the fantasy treehouse provided the basis for their own modern twist on the age-old concept. 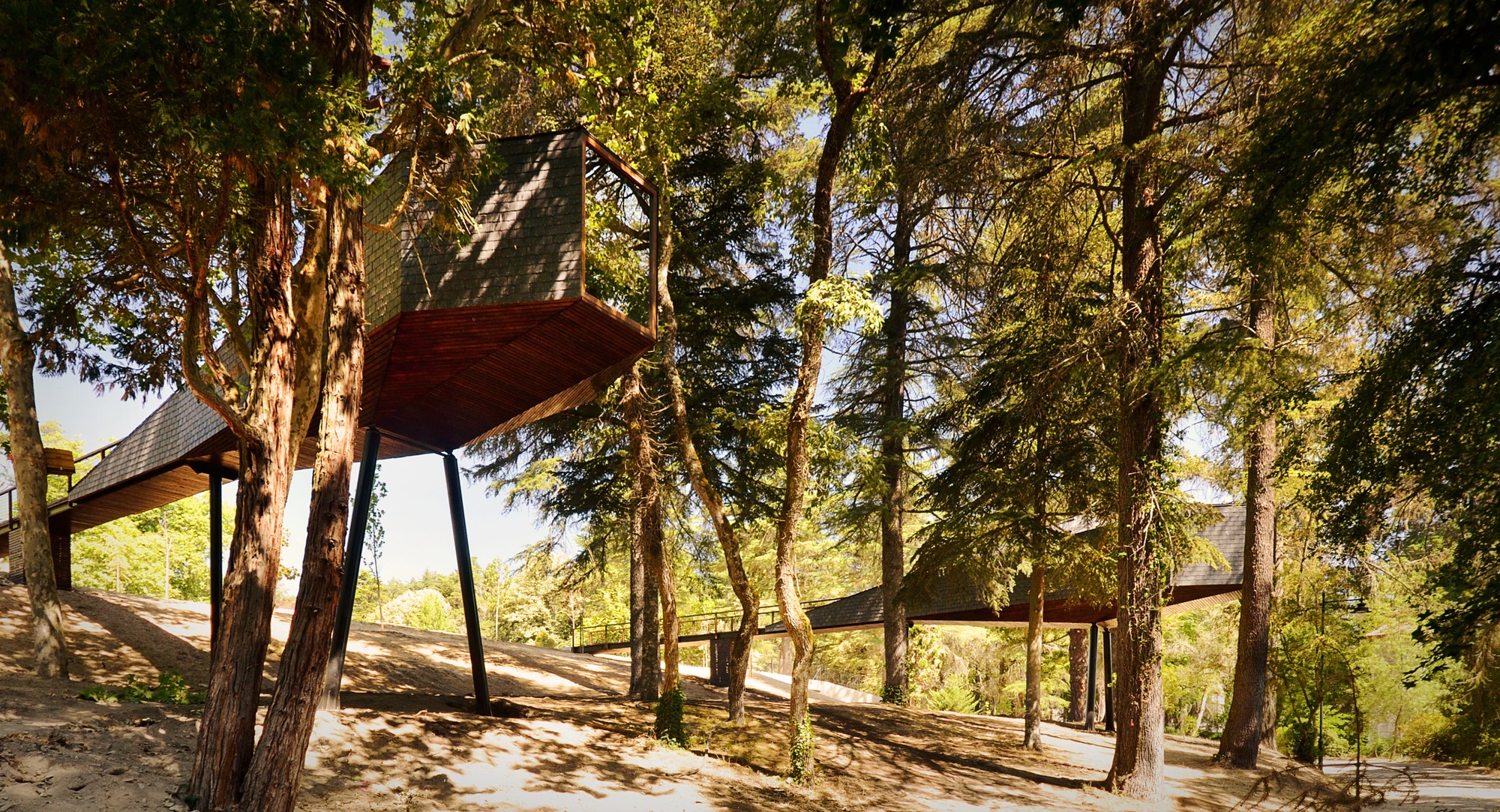 Called the Tree Snake House and set among the Pedras Salgadas Park, the project was developed in partnership with the Modular System Company. According to the architects the premise was to create “an object that would be far away from the orthogonality and from pre-established concepts associated with the modular construction.” Translation: they wanted to build an awesome treehouse with modular techniques – form of construction not often applied to this type of structure. 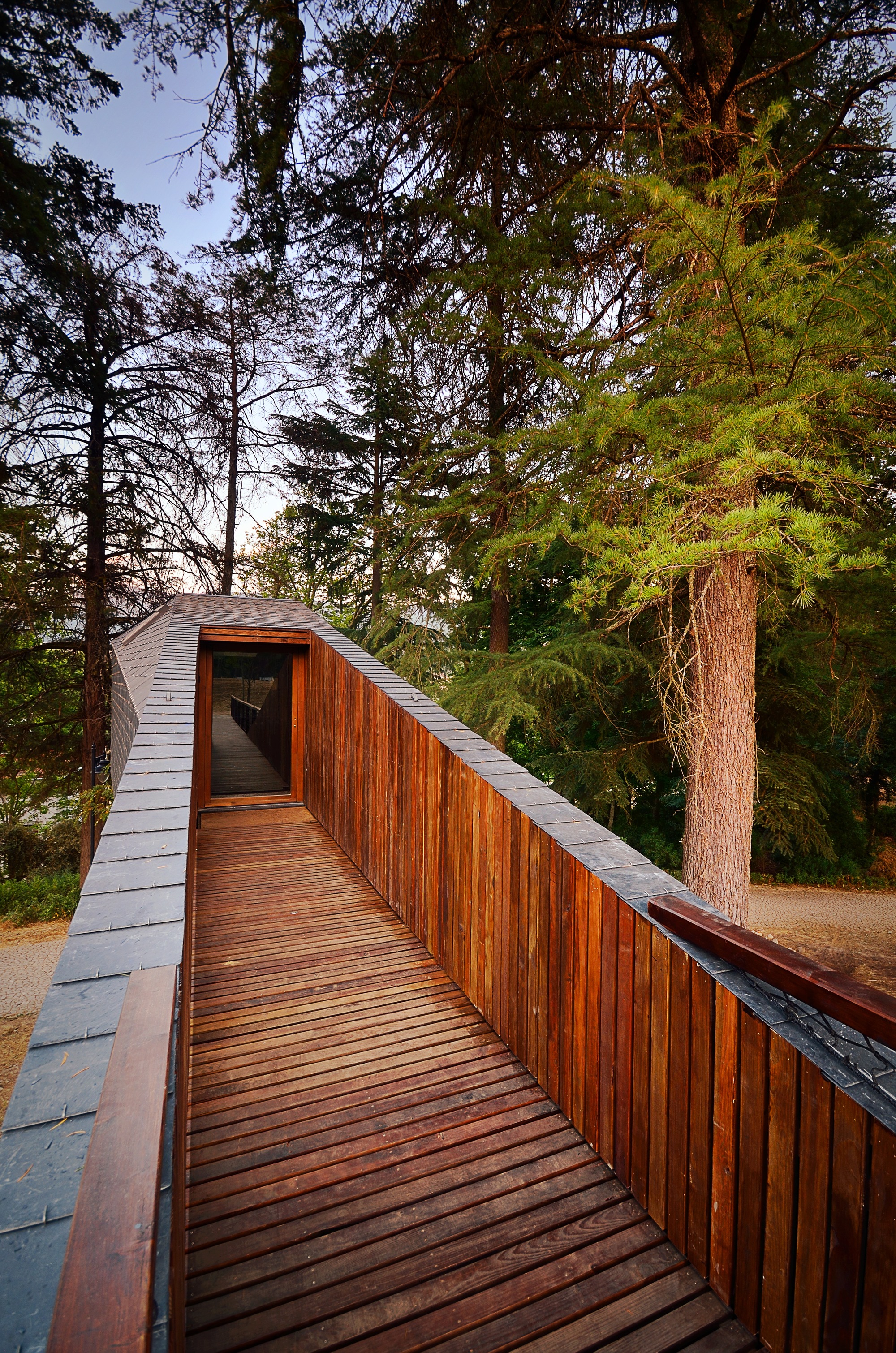 Its form resembles that of a snake (hence the Tree Snake House), emphasizing the connection between nature and structure. I suppose you could even go so far as to suggest that the slates are the scales of this particular snake, “The characteristic design associated with the slates and the wood on the base suggests a snake gliding between the trees. Like a wild animal in its natural habitat, the house suddenly appears in the visual field of the observer.” 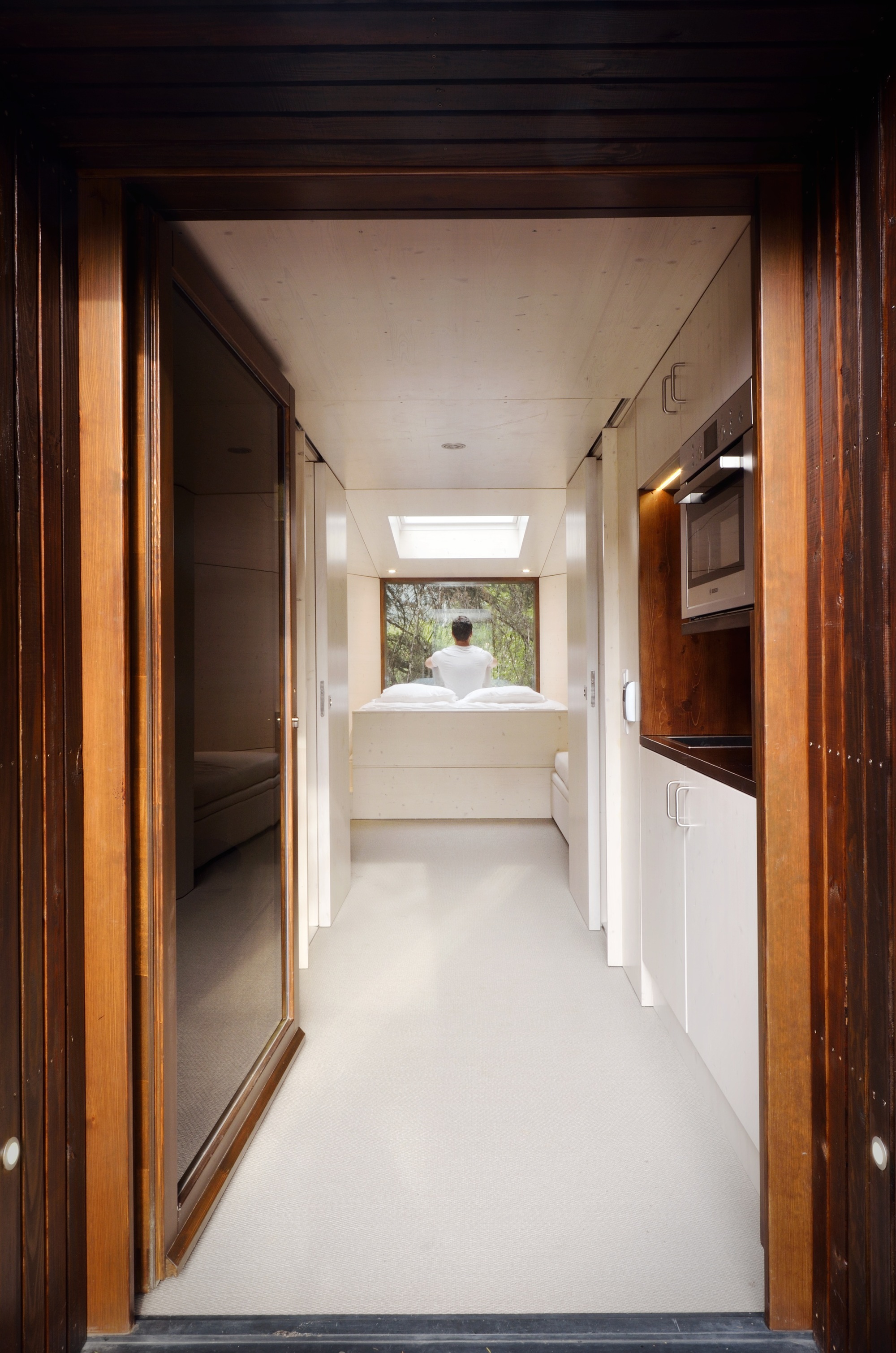 The architects implemented the use of new technology on the build. This helped to reduce the overall weight of the treehouse, while maintaining an organic aesthetic (the use of wood cladding). According to the architects, the material choice (slate and wood) was very important when trying to achieve a sense of connection with nature. It also helped them to achieve a “symbiosis between the house and the Park” and prevented the treehouse from taking precedence over the surroundings. 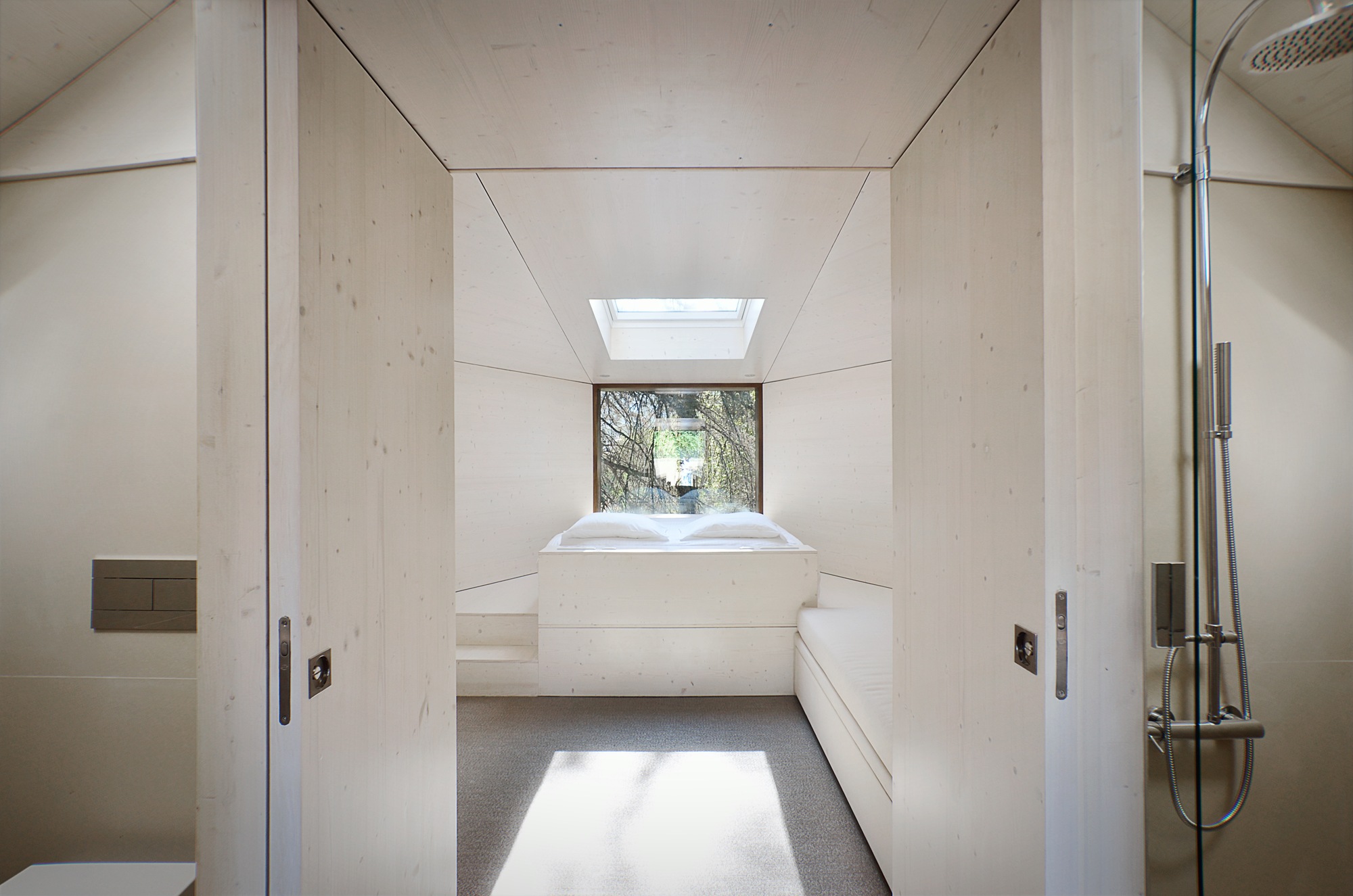 As with most projects featured on Humble Homes, sustainability was a major concern. The treehouses feature materials that are locally sourced, are insulated and contain a heating system, water recycling, solar hot water panels, and LED lighting. Inside you’ll find a studio space with a toilet, shower, kitchen, living/dining area and a bedroom. The total space of the living unit is just 290 square feet (27 square meters). 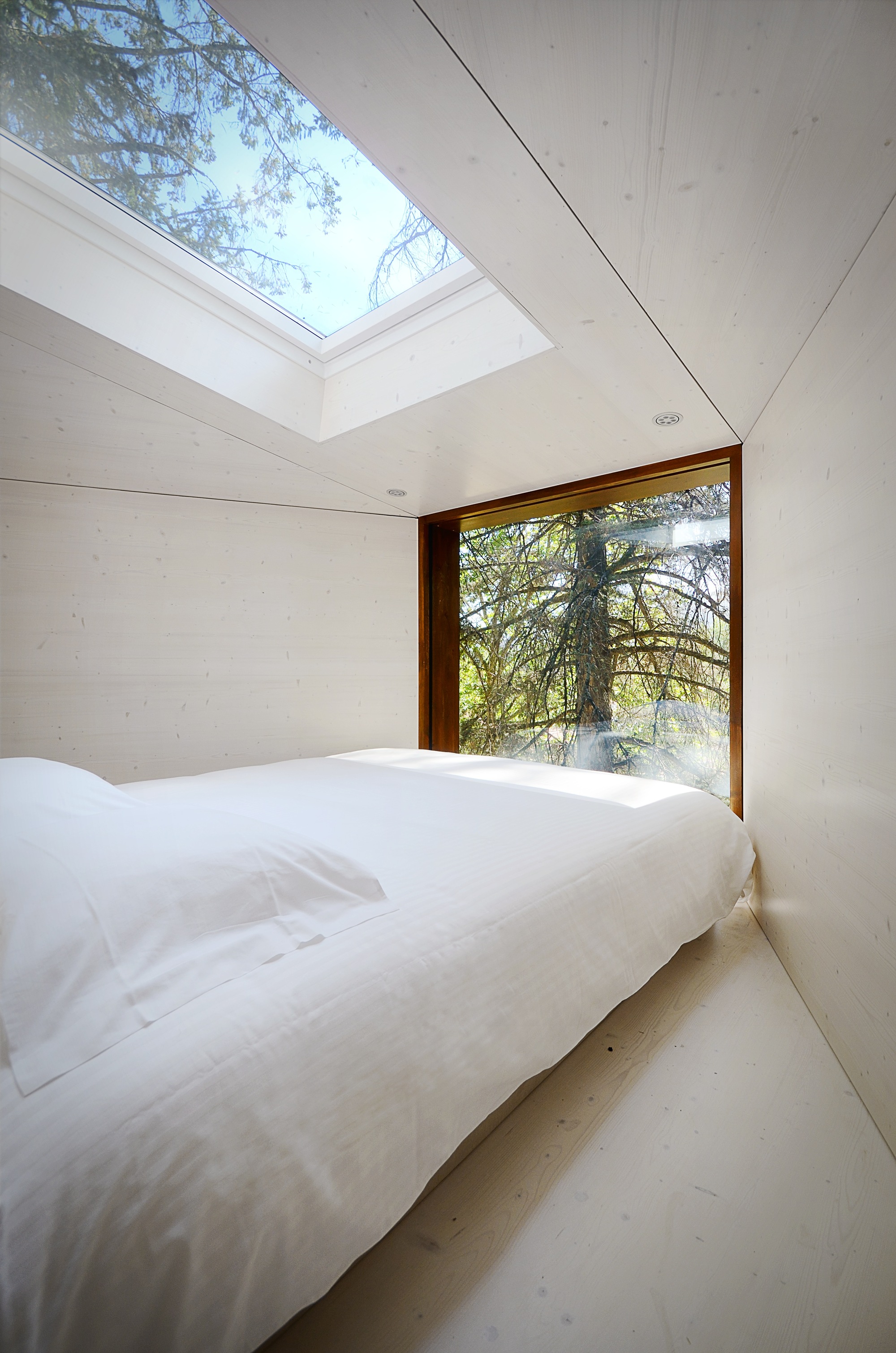 The designers intend to release future versions of this tiny home/treehouse. They even have names for the new models: Mountain Snake House, River Snake House and Sand Snake House. Their aim is to develop the units for a variety of climates and settings, from coastal areas to urban environments. 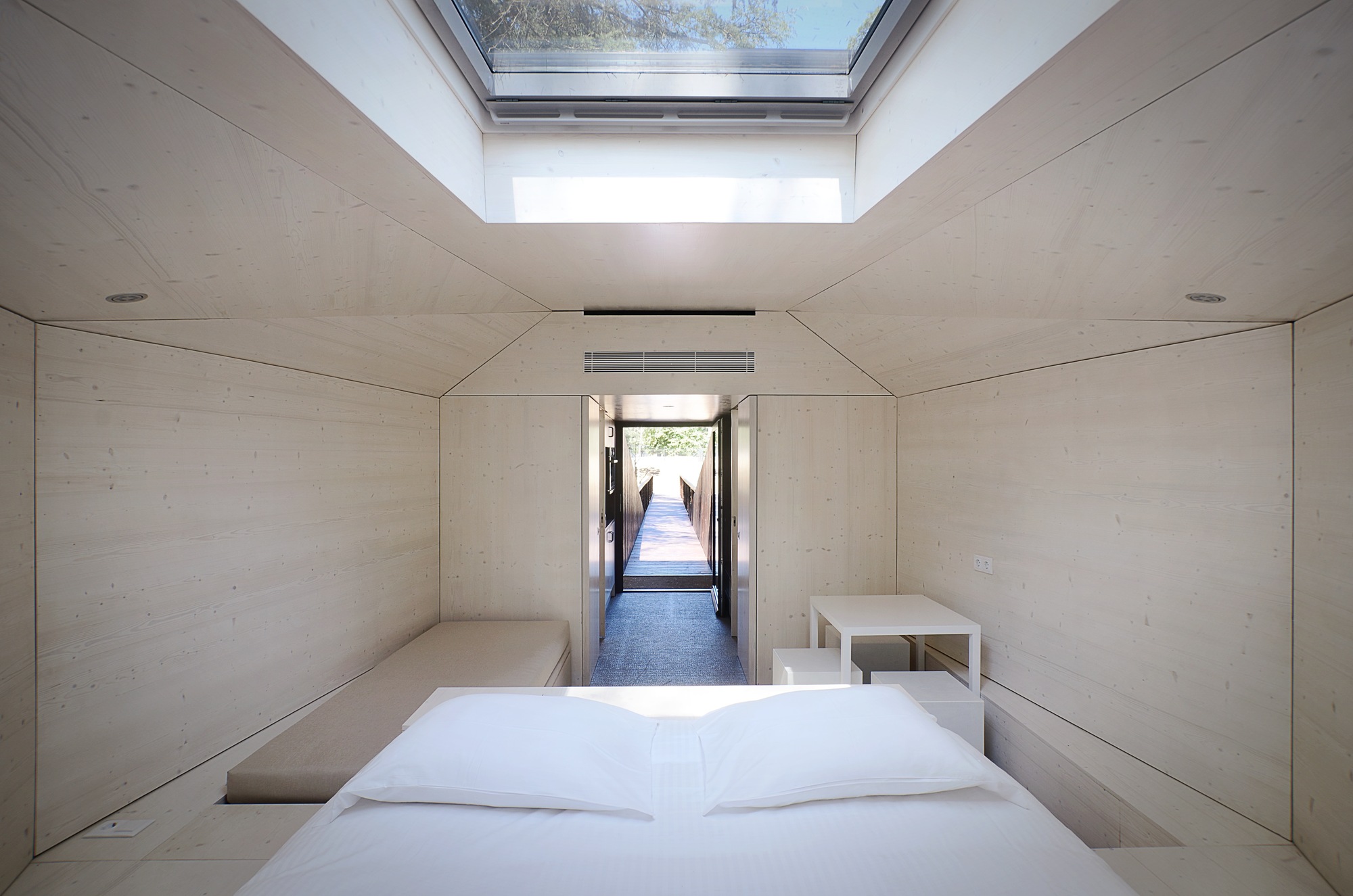 One thing that isn’t mentioned is cost. Judging from the level of finish, I’m sure that this treehouse would leave a large hole in your wallet. However, I think that this project has the potential to be developed further. For example, they could concentrate on the living pod alone, which would make for a great tiny house. 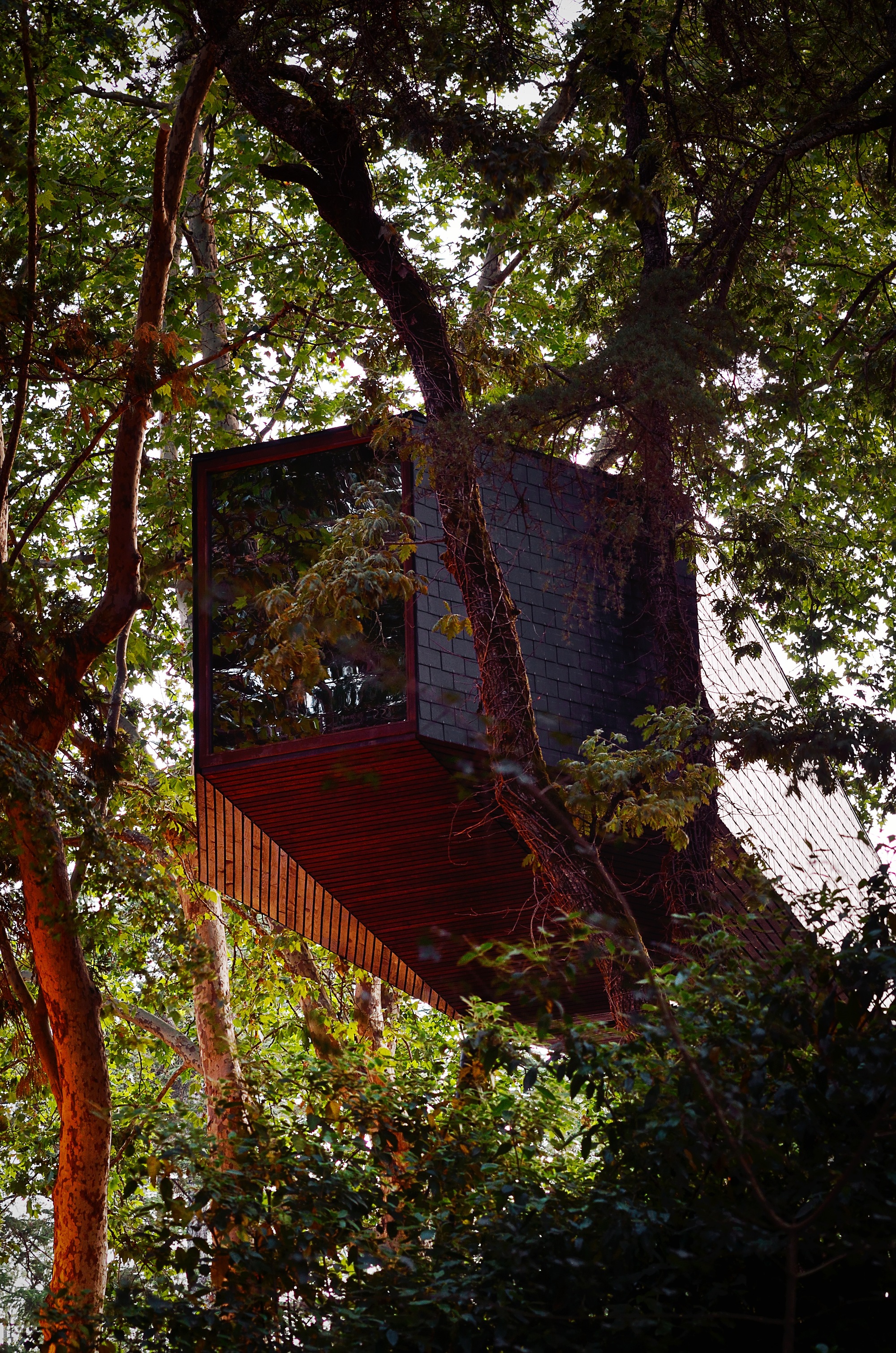 For more awesome treehouse check out Eilas Treehouse, a modern treehouse built for children and adults alike. Or you if you’re looking for something different check out Tree Hotels’ Bird’s Nest Treehouse. See all treehouses.

Cocoon Tree: A Sleeping Pod for the Beach or Jungle