This small house can be found near the city of Leuven, Belgium. Called “The Tipi”, the house is a simple A-frame structure that’s been rebuilt and refurbished by a young couple. The couple intend to stay in the house on a temporary basis until they can afford to move into something a little more permanent. 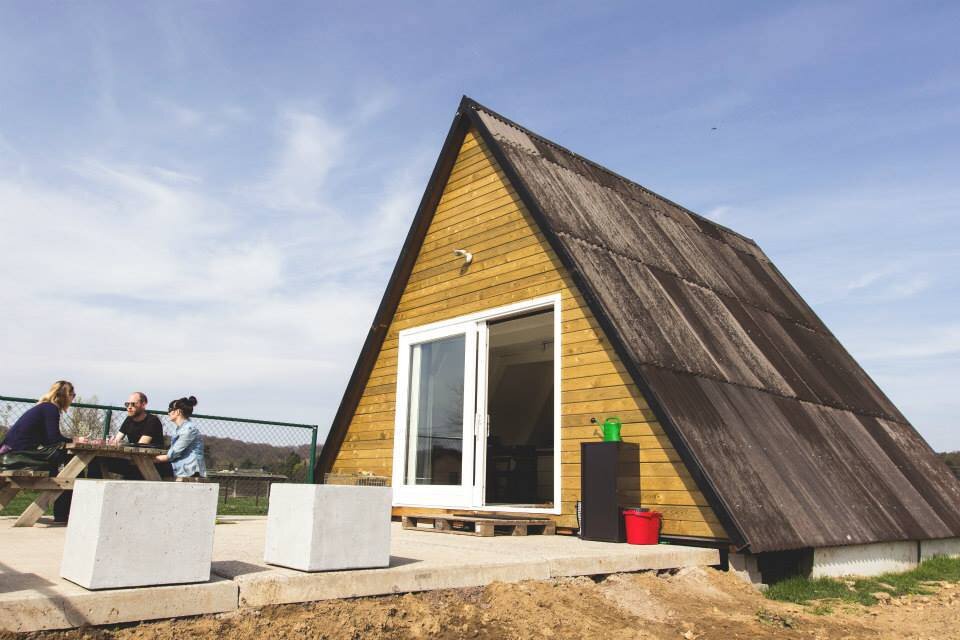 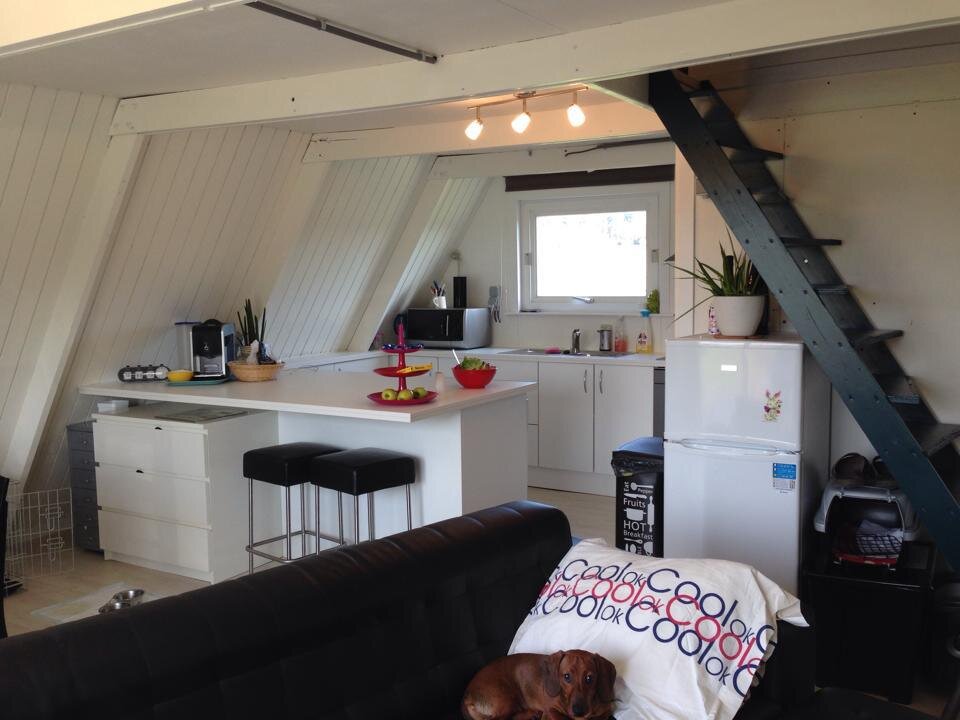 According to the owners, they were slightly concerned that there wouldn’t be enough space for them, their stuff, and their dachshund puppy. As it turns out they were able to make the move with ease: “It’s cozy, easy to clean and we have everything we need… It was also a good occasion to get rid of stuff we didn’t really need but had been moving along with us for several years.” 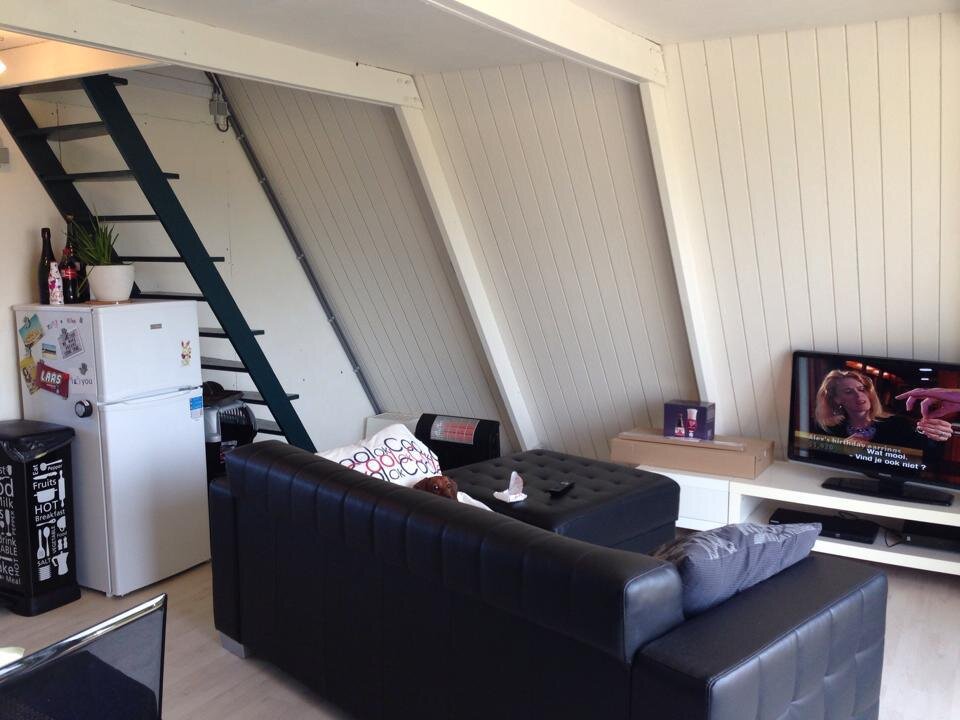 The house looks to be set on a small concrete pad foundation. The roof is finished with corrugated sheeting, and the gable ends are clad in timber. On the front end there’s another two concrete pads that serve as a decking area. From outside the house looks tiny, but on the inside its surprisingly spacious. 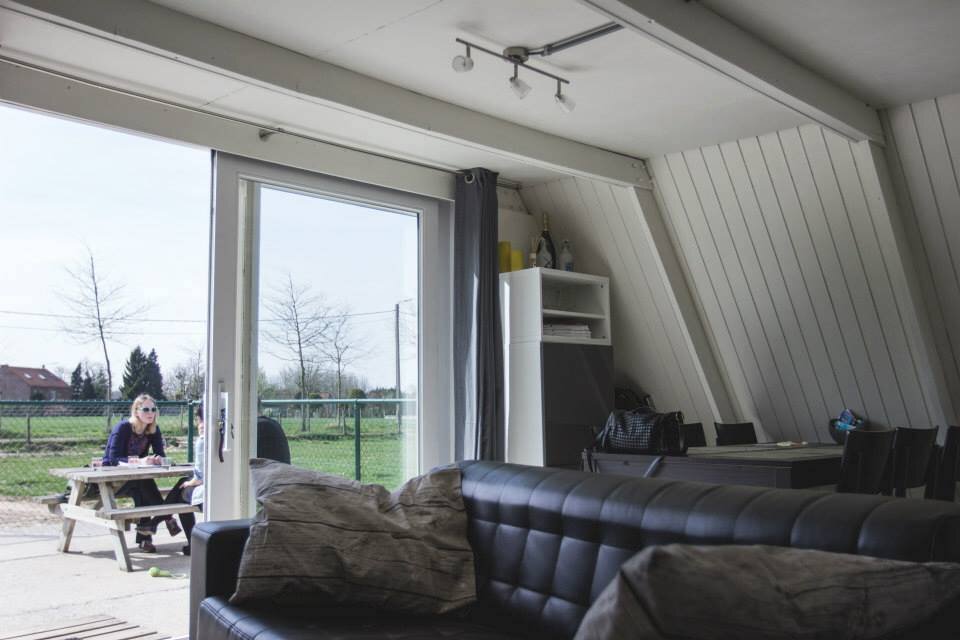 They’ve managed to fit in a living area, dining area, bathroom and a kitchen with a breakfast bar on the first floor. A steep staircase takes you up to the second floor with a walk-in closet and a snug bedroom. The white-painted walls and inclined beams help to keep the space from feeling cramped. 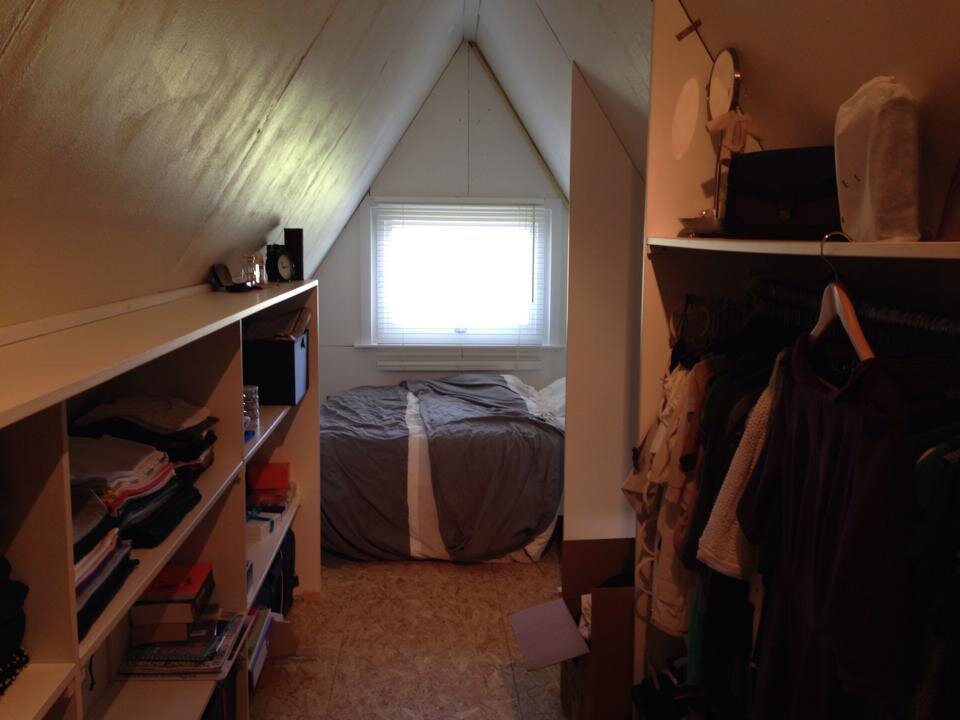 The owners have found living in the Tipi to be very social; people tend to stop by and ask about the home. They also mention that they now don’t have to stress as much about their future home – there’s no rush, and they’re saving a considerable amount of money when compared to renting. Leuven city’s regulations will allow them to live in the temporary dwelling for up to 5 years, after which they hope to pass it on to other people.

For more small houses and cabins check out the beautifully designed Little Lost Cabin in Idaho that’s set on 3000 acres of land. Or, this surfers cabin in Chile that features amazing views of the Pacific ocean. See all cabins.

The Hedonist Hotel Is Built On A $250 Budget