Hidden away on an island in the lake of Loosdrecht in the Netherlands, lies this tiny house. The house has been designed by 2by4-architects on the behalf of a family, and is used as a quiet recreational getaway. Completed back in 2011, it contains just 21 square meters (226 square feet) of space. 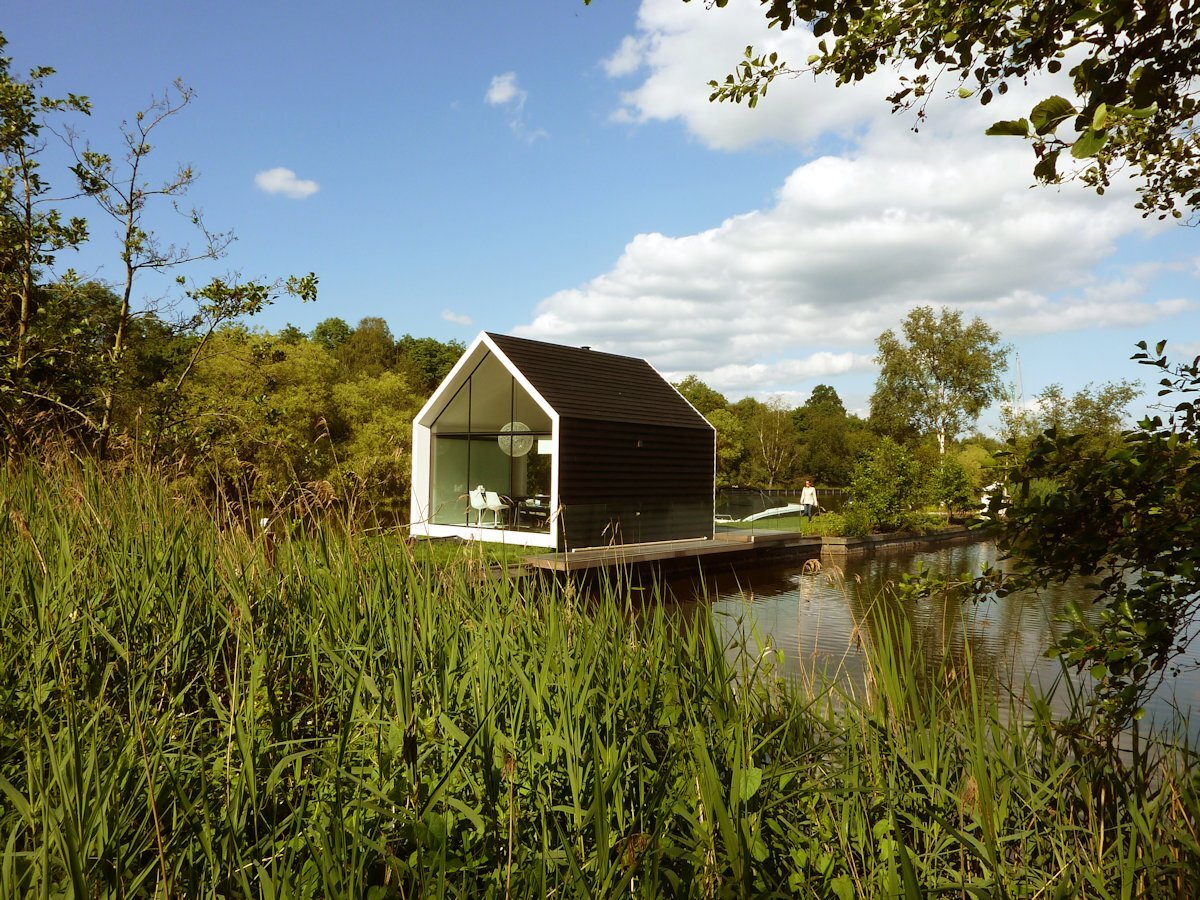 The house has been designed to embrace the natural surroundings, and sits rather quietly against the backdrop of the forest. According to the architects, the glazed gable ends help to create a “tunnel effect”, which emphasises the islands slim but long shape. 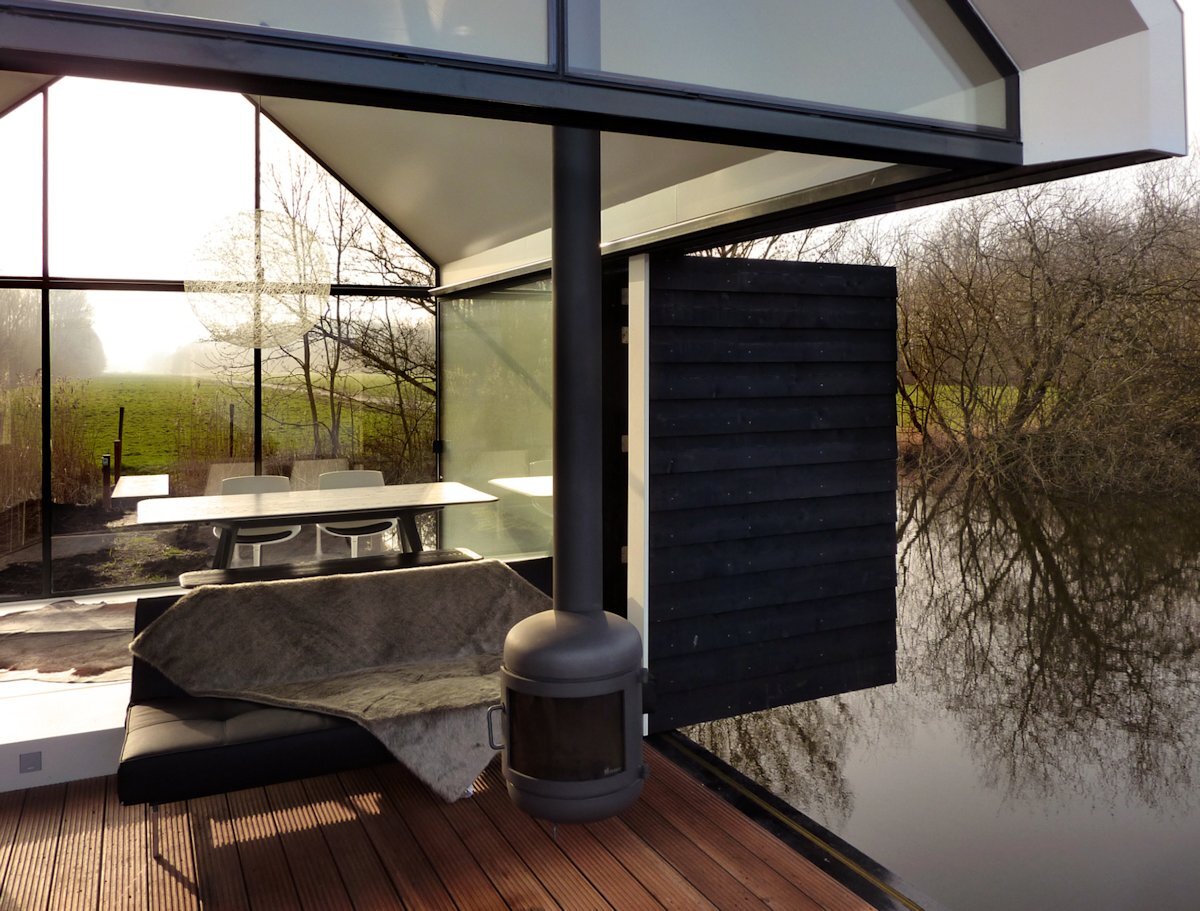 The exterior has been clad with timber. The end bays of the house have been painted in a bright white, highlighting the simple building form. There’s also a decking area along the buildings length that hovers over the lake. 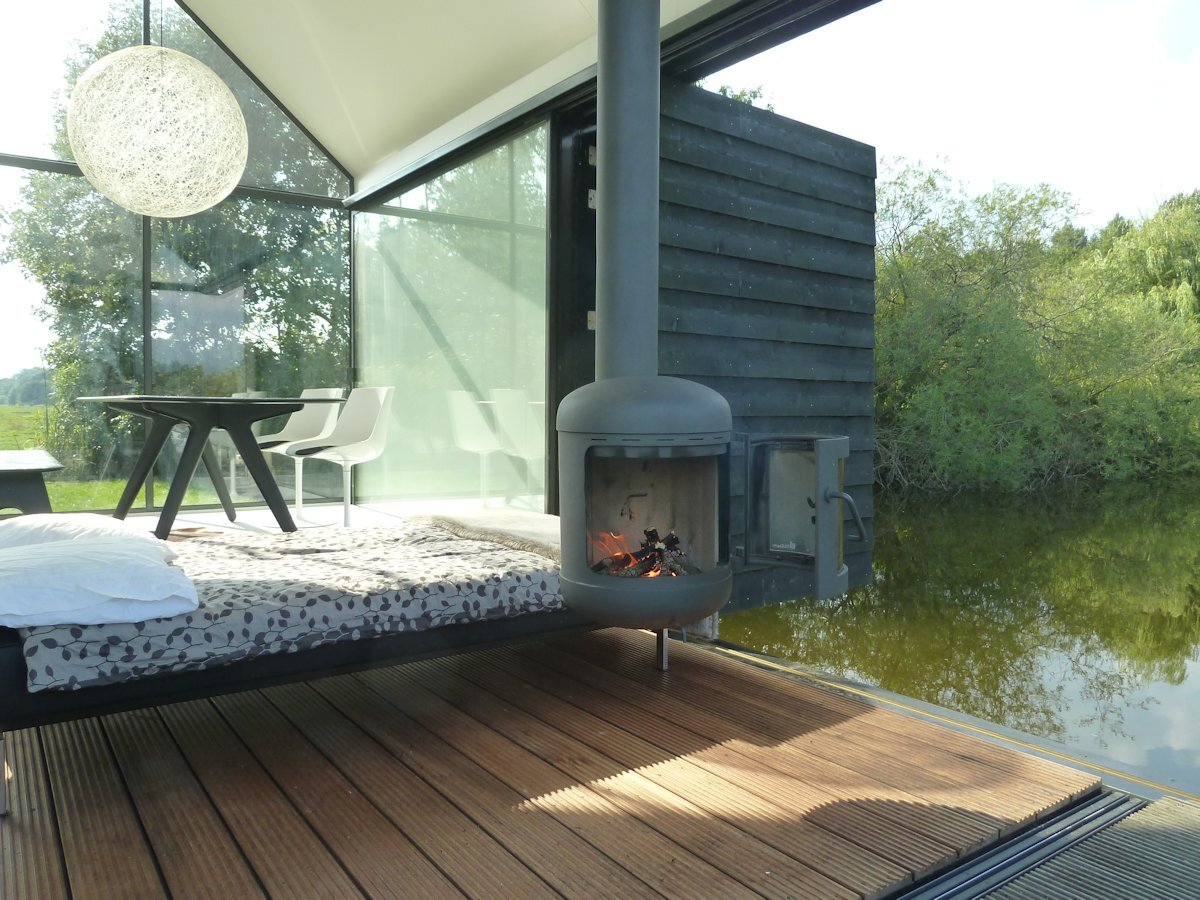 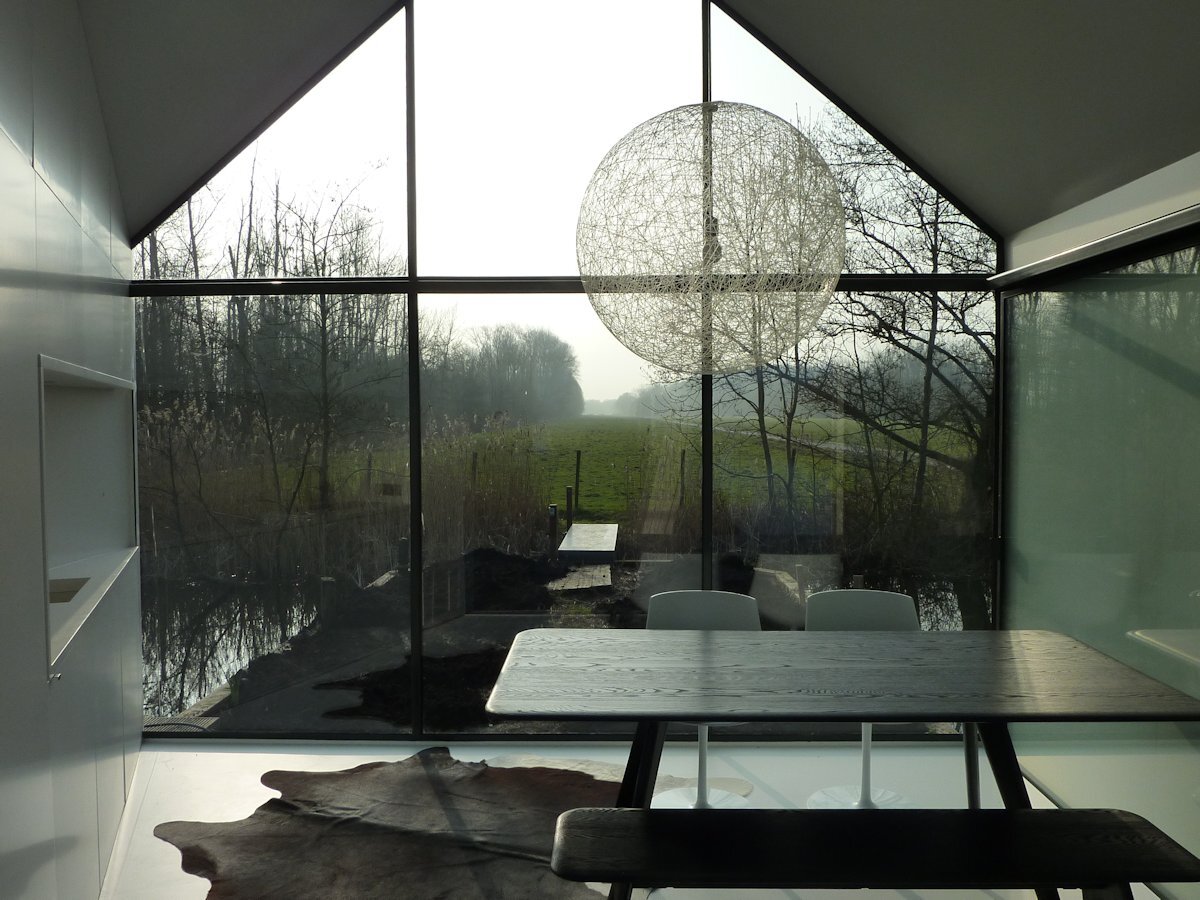 A suspended wood burning stove helps to create a sense of hominess in an otherwise modern, clean-cut space. The rear of the house is dedicated to a small kitchenette and dining area. The front of the home contains the bathroom and living/sleeping area. 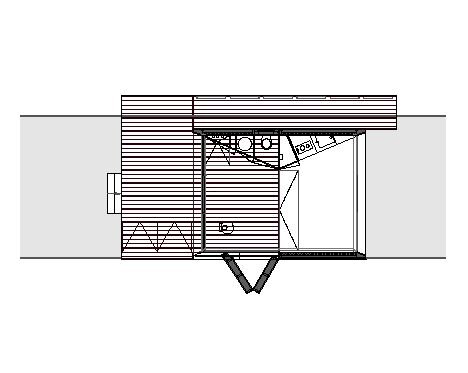 There’s a small split in levels between the front and rear living areas, helping to define them from one another without disrupting the flow, or the views. It’s a simple, functional and understated dwelling with its focus on the surroundings (as it should be).

For more cabins check out this surfers cabin in Chile that sports views of the Pacific Ocean. Or, this Swiss alpine cabin that features sculpted concrete to mimic wood. See all cabins.

Modern Sauna Set Along The Shore of Lago Ranco, Chile

A Small and Stylish Apartment in Barcelona by Sergi Pons