The architect Tina Bergman was enlisted by the owners of this site in 2017. At that time, the clients were hoping to create a summer house placed between the forest and the sea.

Fast forwarding to today, they now have a contemporary cabin that overlooks Norrfjärden bay and is surrounded by woodlands. The property is based in Söderhamn, Sweden. 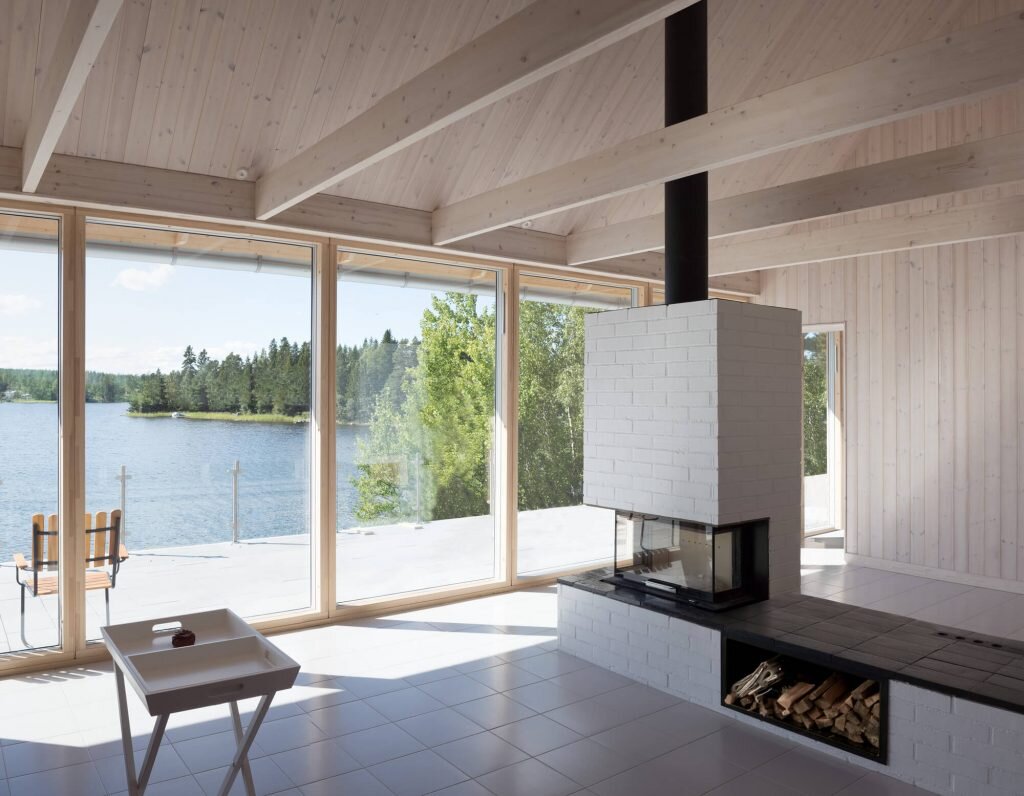 The site was originally home to a very small cabin that dated back to the 1950’s. It’s poor insulation meant it was only suitable for short visits over the summer months. The owners of this new cabin wanted a place they could visit at any time of the year, and would also cater for their entire family. 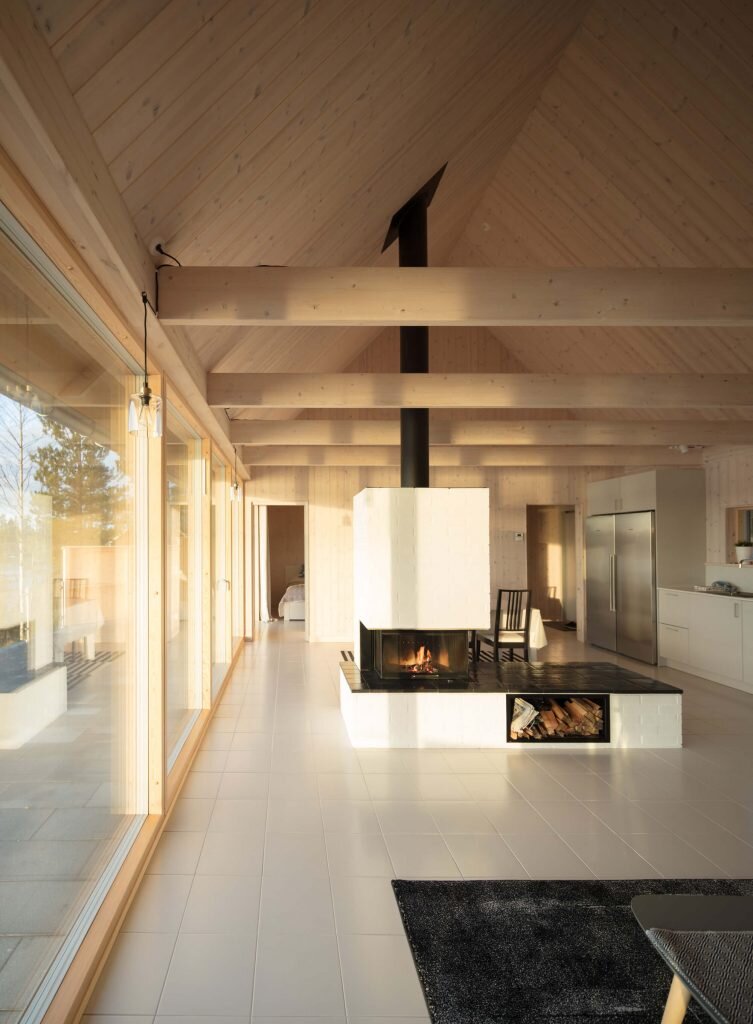 The project was titled HUS NILSSON by the architect. It’s composed of a single level dwelling that’s spread over an area of 1377.78-square-feet (128-square-meters). It comes equipped with three bedrooms, providing the parents and children with separate rooms. 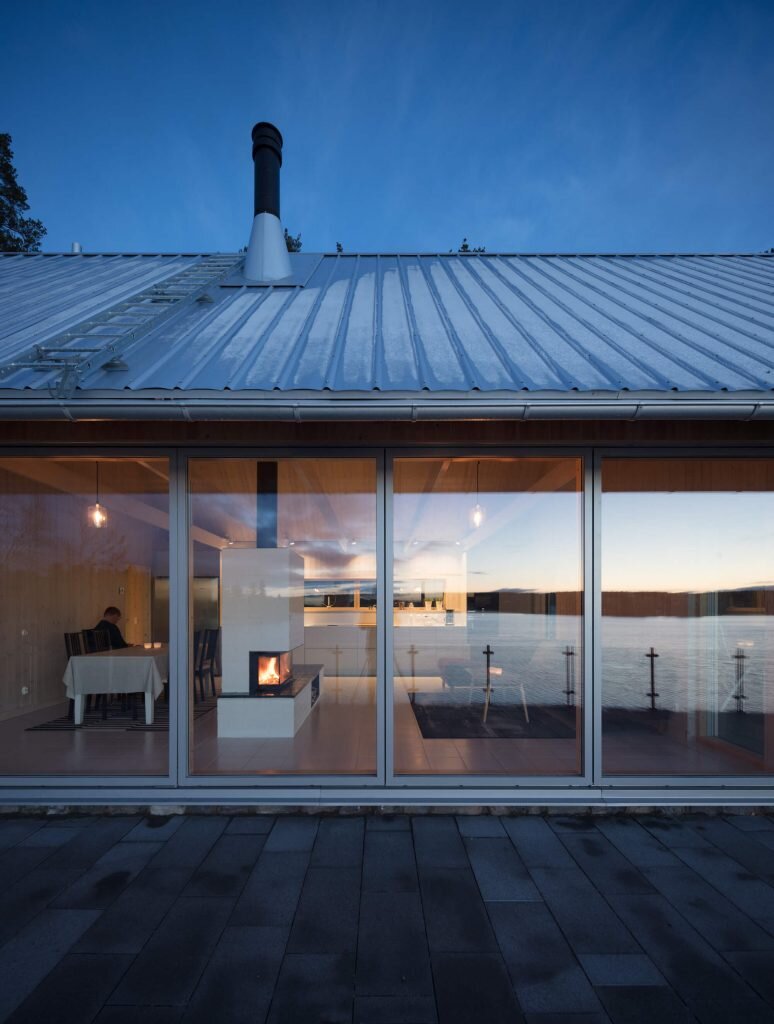 From the architects: “They wanted a house which could both be sociable and allow for privacy for the different members of the family… By its form and its placement on the site, it allows many of its rooms a view of the sea; the placement also affords privacy and prevents the house from feeling overlooked by its neighbors.” 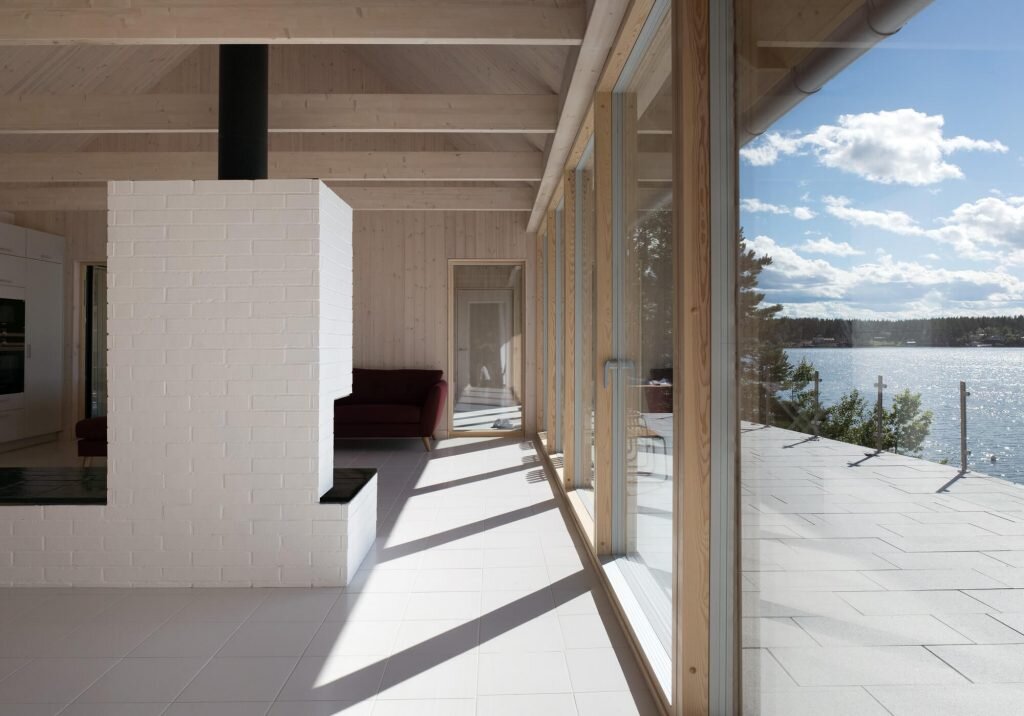 Not wanting to erase all traces of the original site, the new cabin was built a top of a stone retaining wall. The stone wall adds some rustic charm to an otherwise contemporary building. There are plenty of opportunities along the length of the building for windows, and indeed Bergman has taken advantage of this. 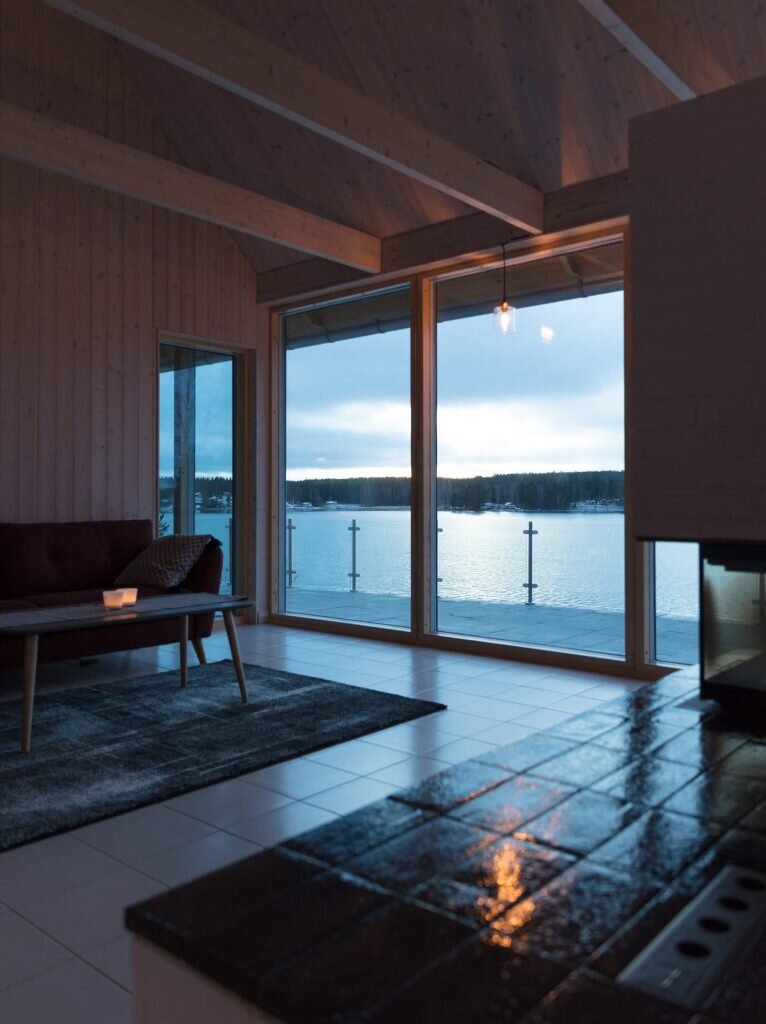 Outward views frame the sea from one side and the forest on the other. The shared living spaces are lined on both sides with windows. The layout itself features bedrooms placed at the gable ends, with the kitchen, living room and dining area sandwiched in between. 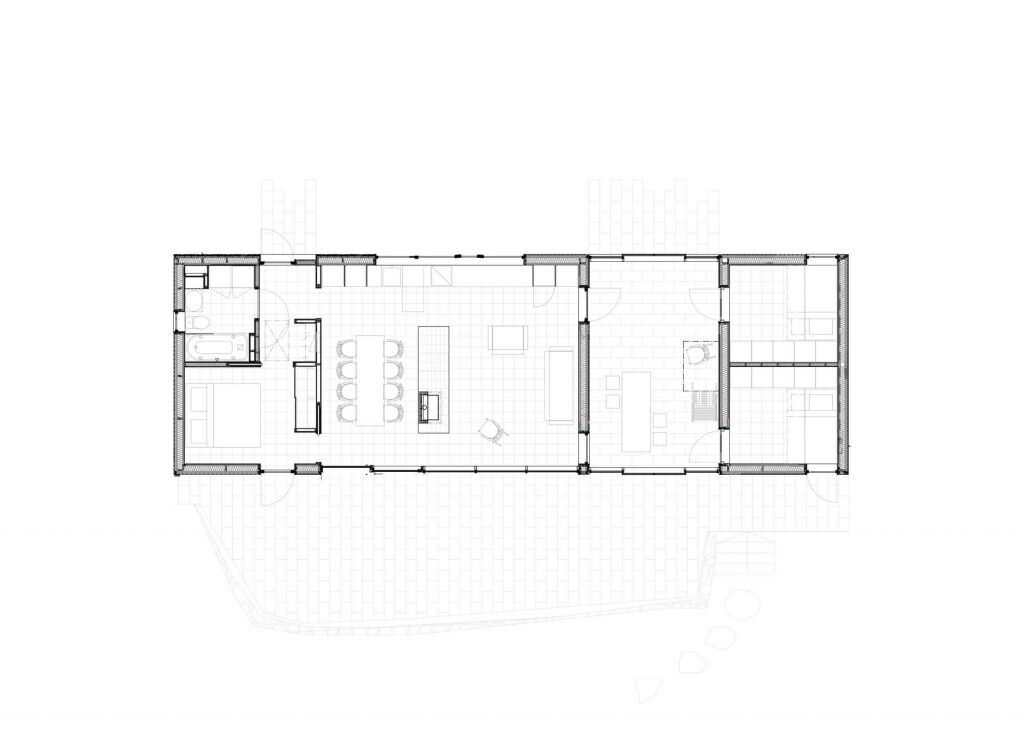 For more cabins check out Ed Cabin, a quiet woodland retreat by Lorena Troncoso. Or, Cabin Ostfold, a retreat placed along the Norwegian coast. See all cabins.

DesignersOFGA Convert a Hong Kong Apartment For Lifestyle Not Space

Beijing Hutong Gets a Contemporary Makeover by Chaoffice