This home from Japan set atop a series of raked steel columns. The house is perched 6.5-feet (2-meters) above ground level and is set among the trees of the Bandai-san mountain.

For the owners, the house acts as a rural retreat from city life. They contacted the Japanese architecture firm, Life Style Koubou, back in 2016 in order to make their dream retreat a reality. 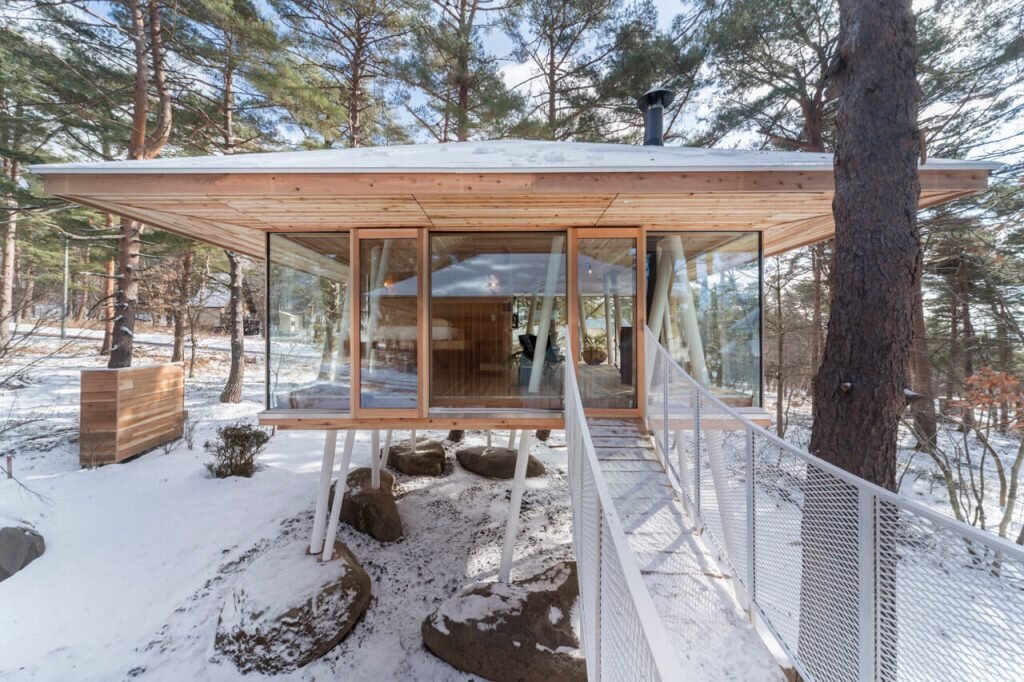 The architects and clients wanted to disturb the landscape as little as possible. To live lightly on the land, they raised the entire structure off the ground and fastened it to a series of large boulders – an usual but effective foundation. The underside of the home now doubles as a sheltered space for recreational use. 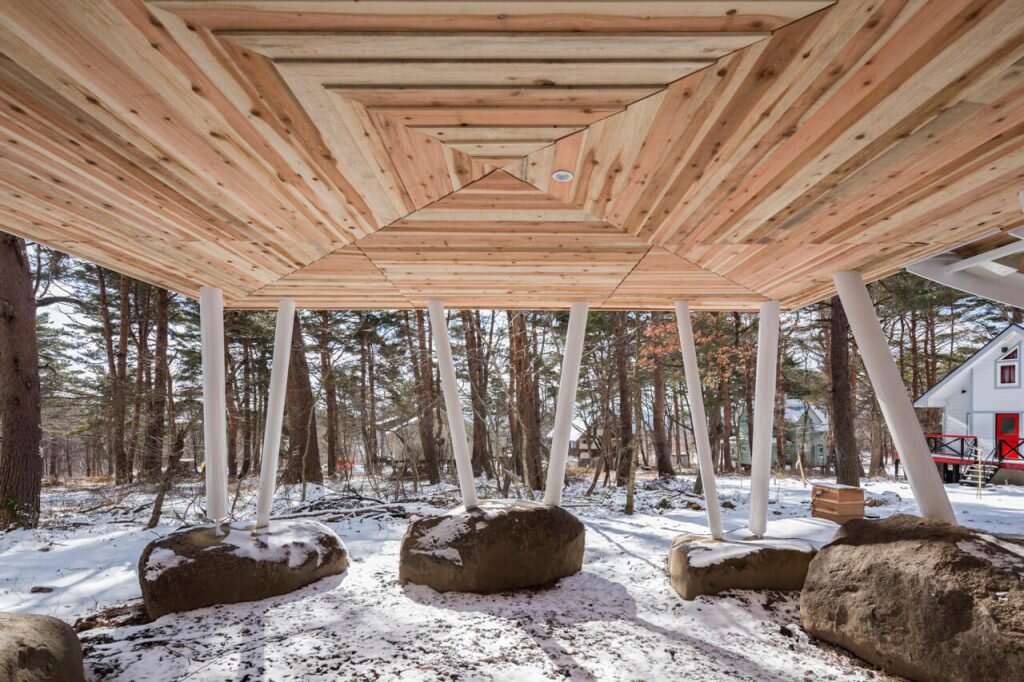 The project has been dubbed “One Year Project” by the architects. Their design sees the home split into two main areas. The first contains the more mechanical living areas, such as the kitchen and bathroom. The second and large unit is connected by a walkway and contains the bedrooms and living room.

The combined area of both units amounts to 600-square-feet (52-square-meters). The two living units are quite different in some respects. The kitchen/bathroom module is completely lined with floor to ceiling windows around its perimeter. Whereas in the sleeping module, the bedrooms are closed off for privacy. 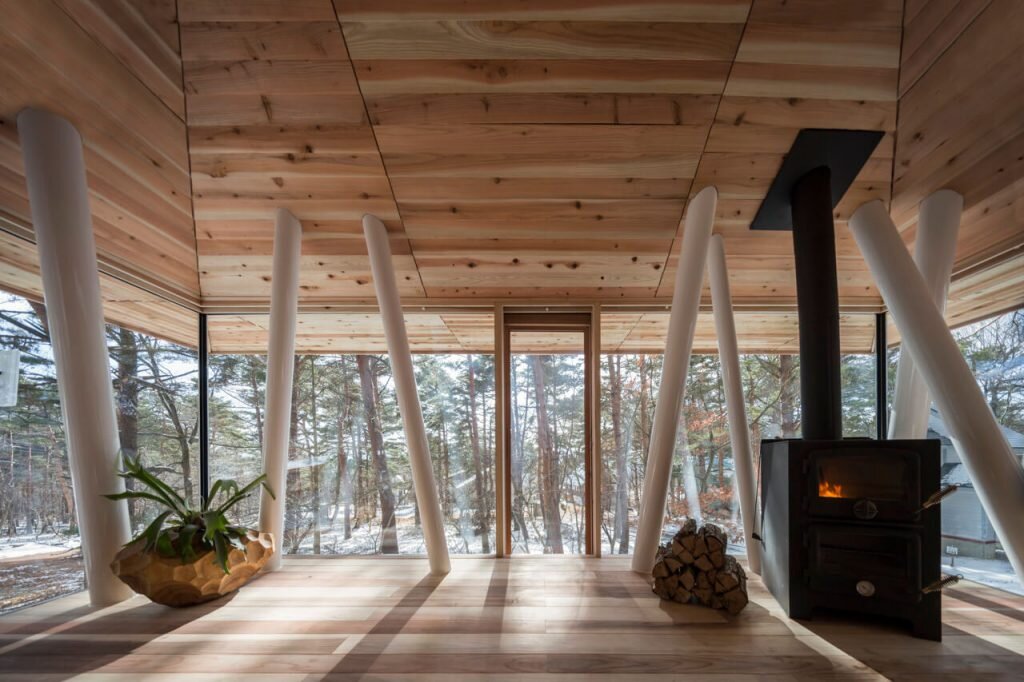 Raising the home off the ground was also due to practical considerations. The region experiences extremely heavy snowfall during the winter months, and rising the entire structure helps protect it. 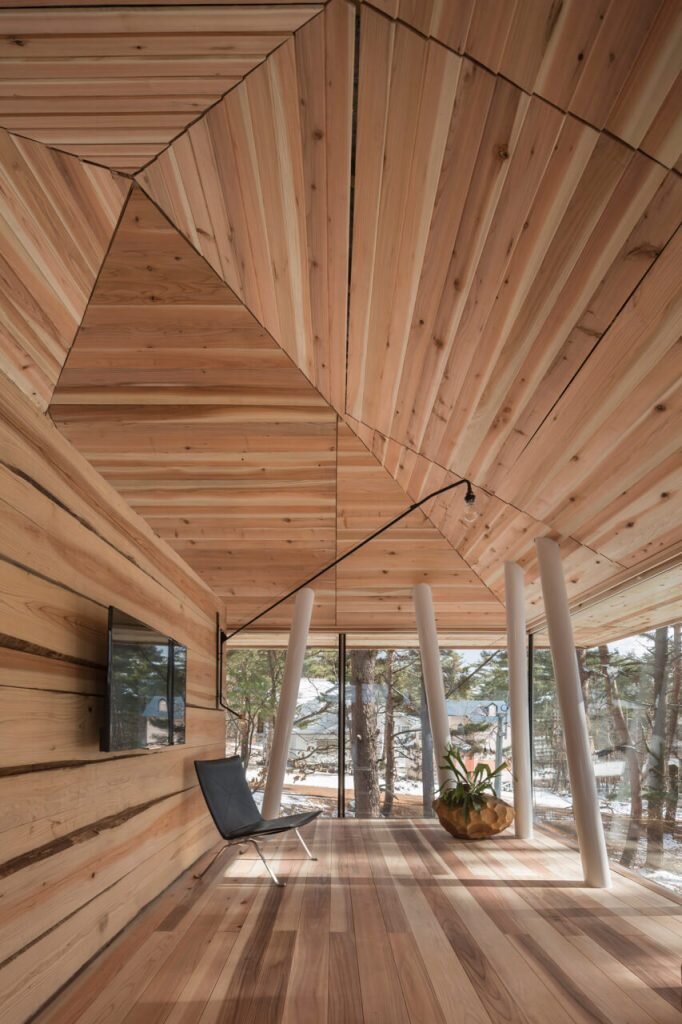 From the architects: ““One year project” as the name indicates “move with times” which means that it took entire one year to experience the whole process such as tree cutting, sawing, fabrication, and assembling together with nature. At its heart, a house building is expected to be succeeding each process through dialogue with nature.” 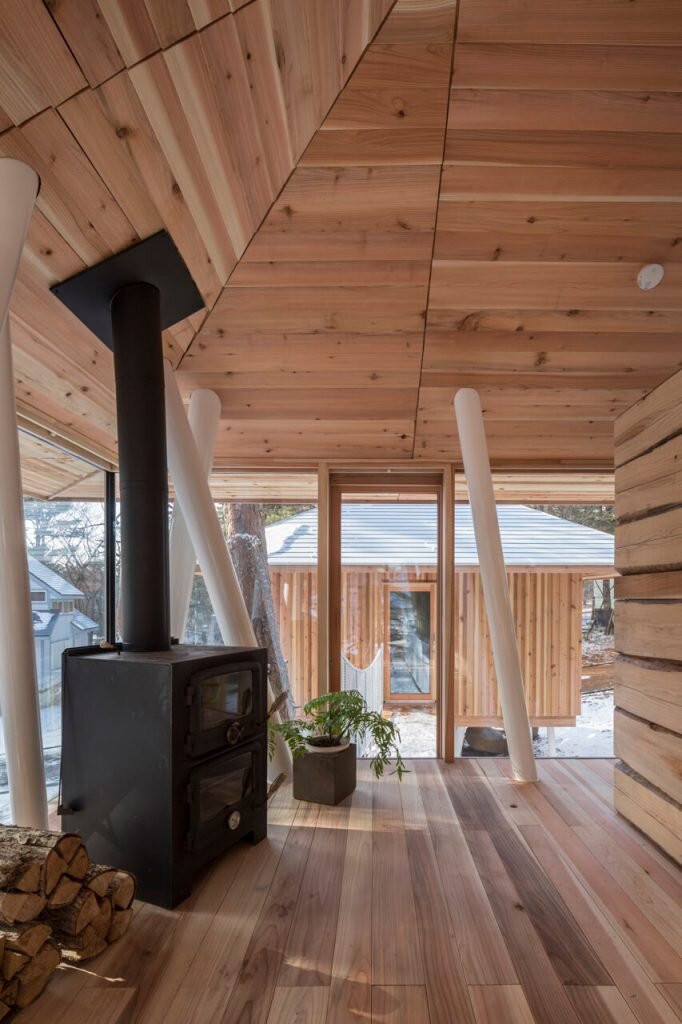 For more Japanese houses check out this open plan home with almost no internal walls by Tato Architects. Or, Hat House, a playful home that features a series of oddly shaped rooms. See all Japanese houses.