This cozy home can be found on a small island of the coast of Maine. The project started as a renovation but upon investigation it became apparent it wouldn’t be fit for habitation.

In the end they decided to create a new home that slotted in with the traditional backdrop. were enlisted to oversee the project.

The original structure had been used as the owner’s summerhouse for nearly 40 years. However, decades of neglect had left it in a state of disrepair and the only feasible option was to start over. However, the new build was to take inspiration from the traditional style of the region, maintaining the New England farm vernacular that is so prominent in the region. 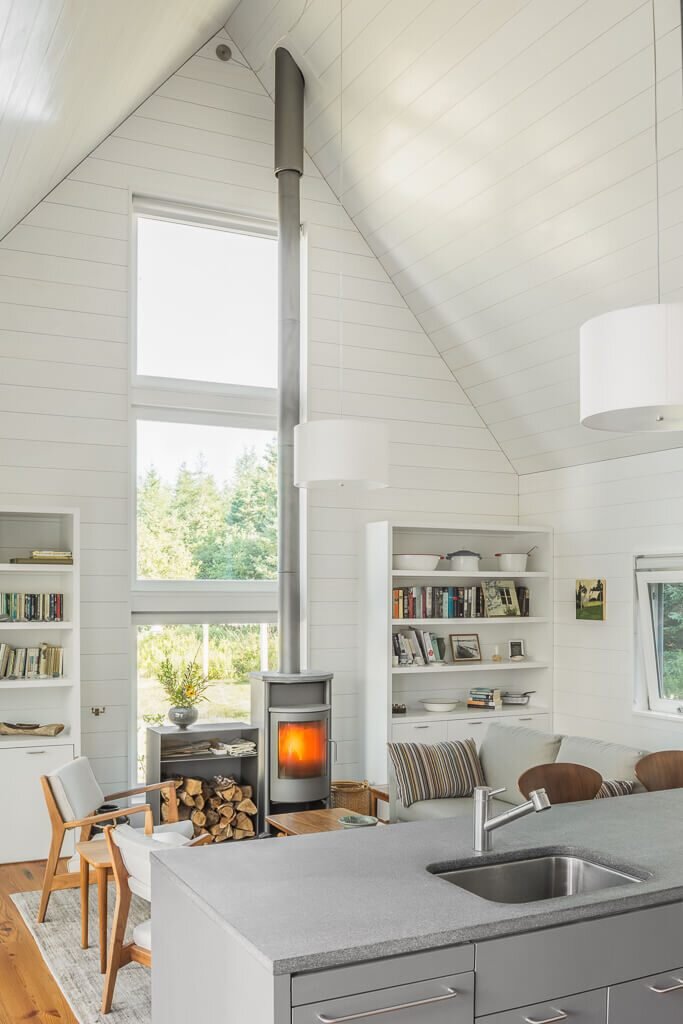 The new house contains a total of 790-square-feet (73.39-square-meters). It’s set adjacent to a much larger 100-year-old farmhouse. The new addition is to function as a home for the matriarch of the family, while the main residence itself will be passed to the children.

The new, much smaller home has been descriptively dubbed “House on an Island” by the architects. It contains a mostly open plan layout with a living room feeding through to a dining area and kitchen. A block in the middle of the house is dedicated to the bathroom and storage. 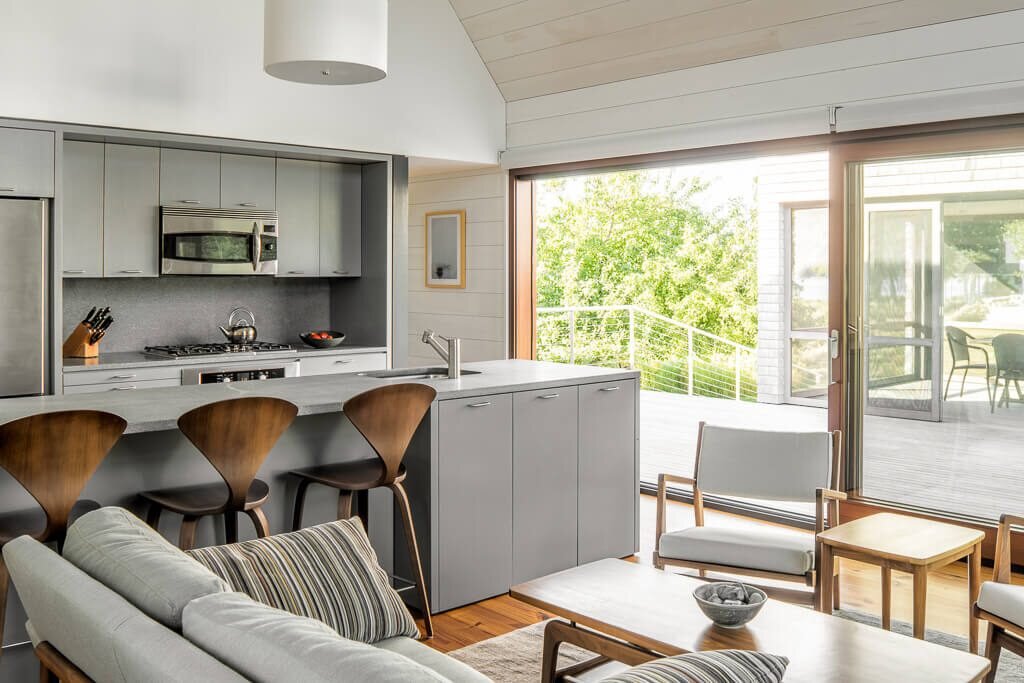 The very rear of the home contains the bedroom. Large windows and patio doors feature throughout the home, soaking up views of the surrounding island landscape. The interior has been finished in crisp white wood cladding, adding to the summerhouse theme.

The outside spaces also played a part in this project. The house come equipped with a large deck and an enclosed porch that’s completely separate from the main body of the home. It’s toted as the perfect place for family get together, and entertain guests. 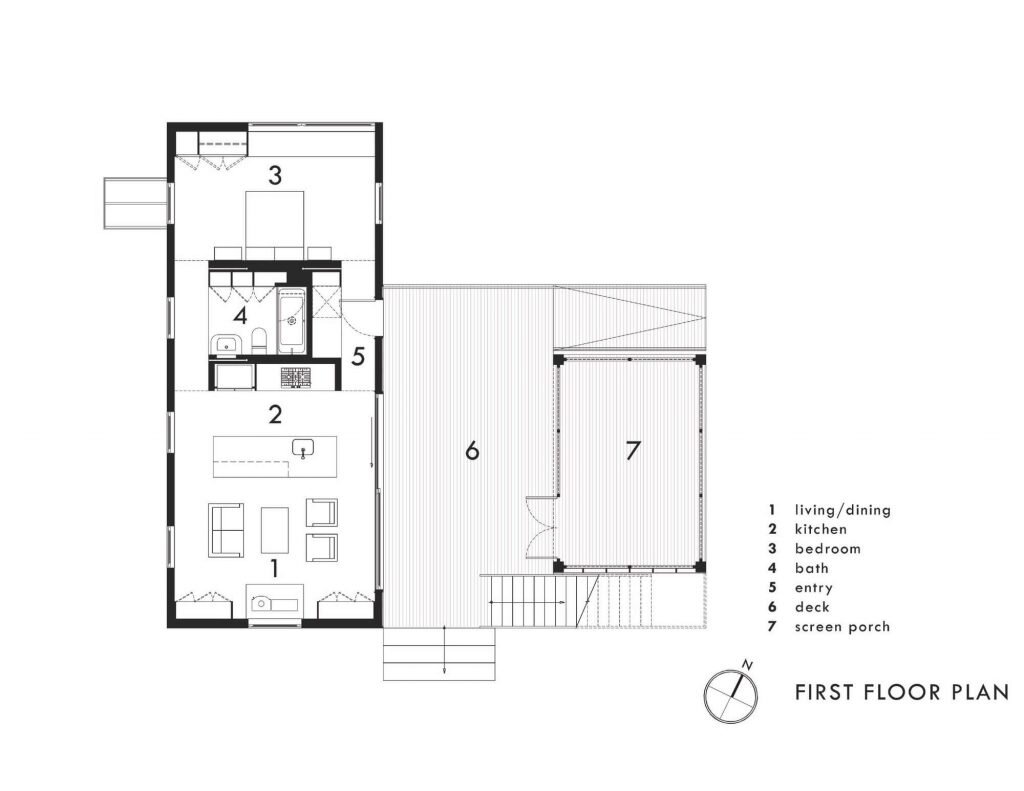 For more small houses check out Catalyst Cottage, a building that helped to revitalize a town. Or, this Beijing Hutong which gets a contemporary makeover by Chaoffice. See all small houses.