This small off-grid cabin is set among the rolling hills of Oroville, Washington. It’s been designed by the Vancouver-based architect Jesse Garlick, who has dubbed the retreat, the Sky House. 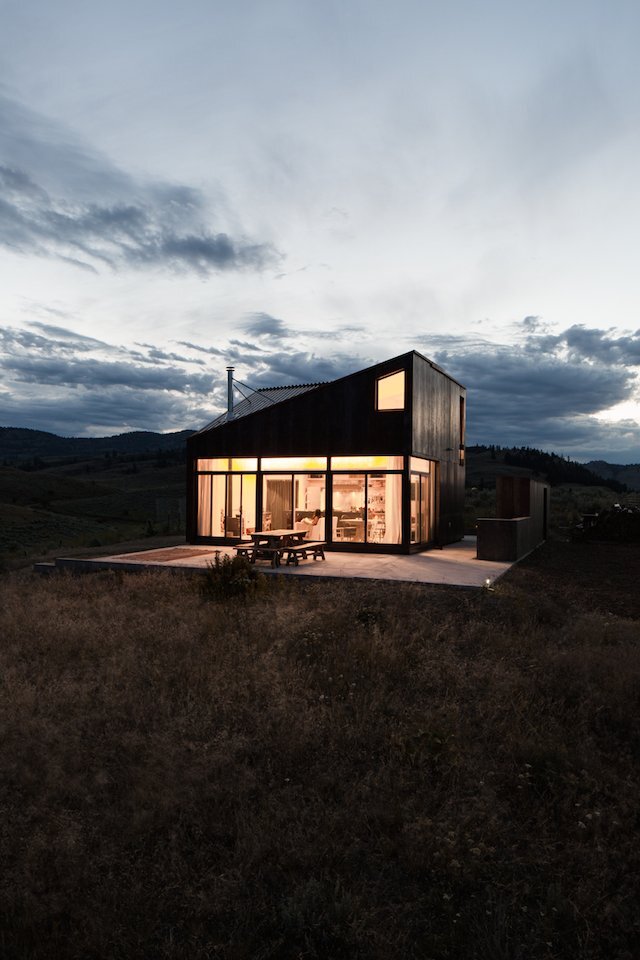 The two-storey cabin is located several miles away from the nearest power-grid. It makes use of photovoltaic panels to supply its own electricity, and propane for heating water and cooking. Additionally, it also features passive design techniques such as thermal mass and natural ventilation to regulate the interior temperature. 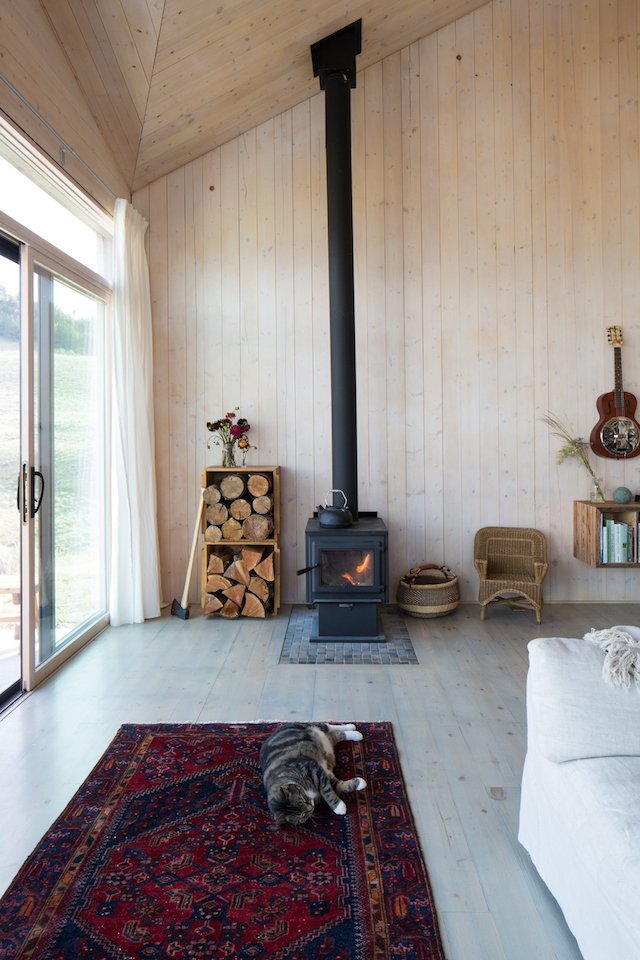 The 850-square-foot (78-square-meters) Sky House has been constructed from Cross Laminated Timber (CLT). Sections of the building were prefabricated off-site, and then transported and erected on location in two and a half days. It took a crew of 2 – 4 people three months to completely finish the project. 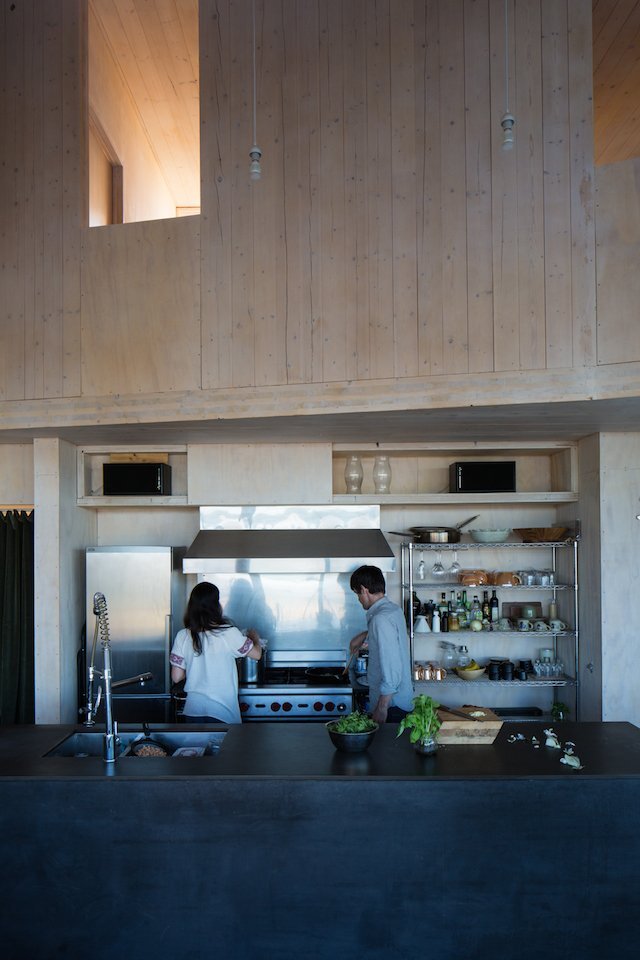 The exterior is finished in a raw steel which will turn a rust-red colour, matching the bedrock. It features large south-facing windows with panoramic views of the Cascade foothills. An outside deck also surrounds the building helping to expand the living spaces. 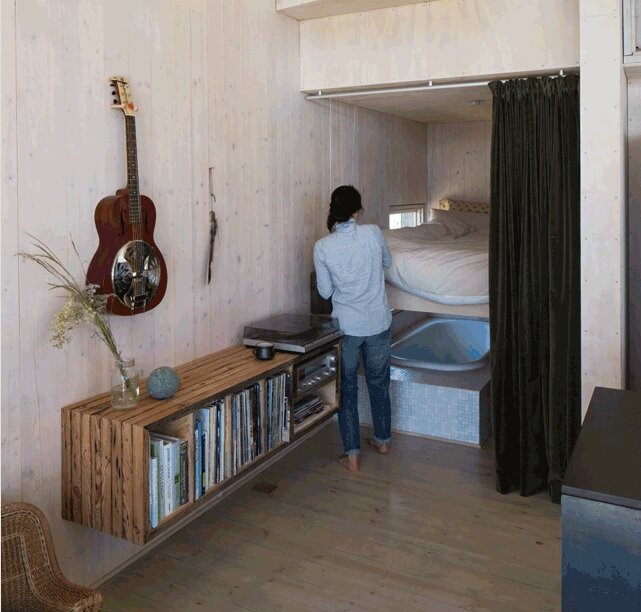 The inside of the Sky House features light wood cladding on the floors, walls and ceilings. The first floor contains an open plan kitchen, living and dining area. There’s also a small nook in the corner that features a bathtub, and a bed that can be lowered from the ceiling and placed over the tub. 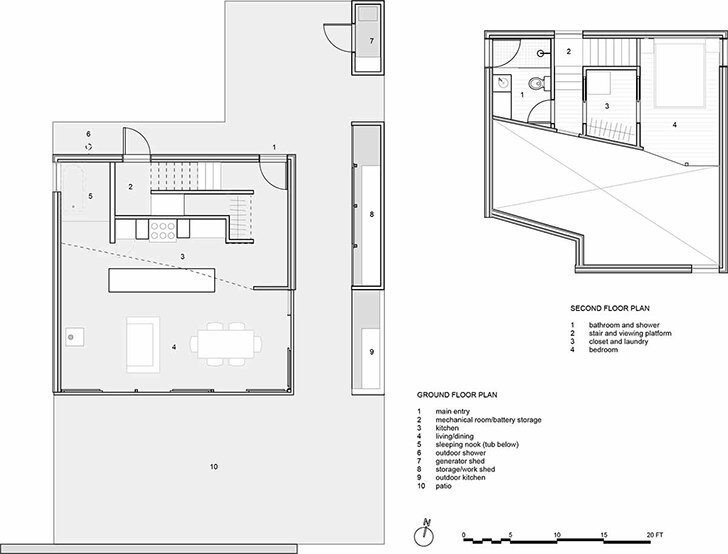 The second floor is home to the main bedroom and bathroom, and a walk-in storage closet and laundry area. You’re also able to look down from the bedroom into the living area below, and a small landing on the stairs acts as a viewing platform for the surrounding landscape.

There are also a few, much smaller, ancillary spaces on the exterior of the property. These are used to house the home’s generator, a workspace, and an outdoor kitchen.

For more cabins and retreats check out Cabin Laksvatn, a tiny getaway designed for up to 9 people. Or, the year-round retreat called Methow Cabin by Eggleston Farkas. See all cabins.

Hibarigaoka S House Makes the Most of A Small Lot