Dubbed the Raven Loft and perched among the trees of Pender Island in Canada, this tiny treehouse serves as a home for its builder, Geoff de Ruiter. Geoff, who is a graduate student of Northern British Columbia, sees it as a means of living a more sustainable lifestyle. 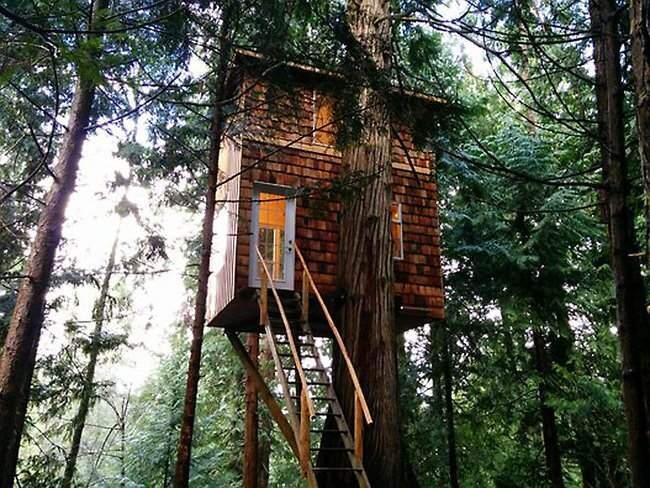 The treehouse is set on a half-acre plot of land, which de Ruiter purchased for $35,000. It’s been built with a mix of old and new materials. There are also a lot of recycled and re-purposed materials, with some of them being free and others sourced from a local Habitat Restore, boosting the projects eco-credentials. 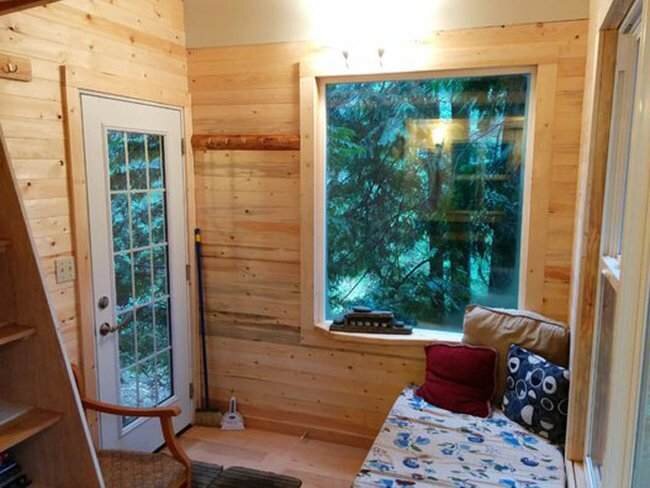 All in all, it contains 165 square feet (15 square meters) of living space. There’s a small living/dining area, with a kitchenette in the corner, a bedroom loft, and a composting toilet. The total cost of the build came to approximately $8,200. 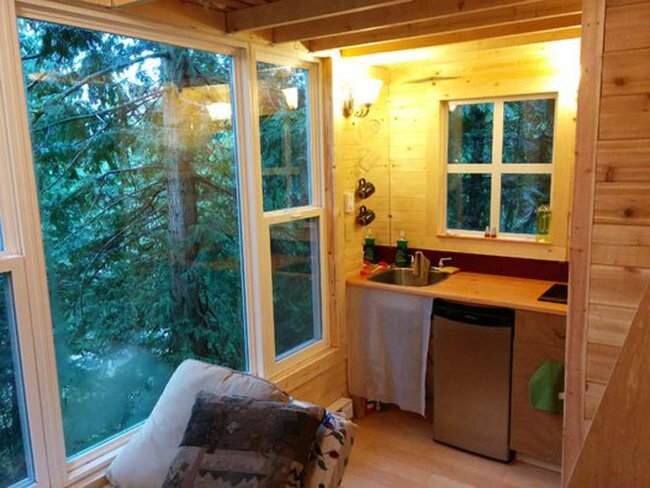 De Ruiter’s managed to keep his costs to a minimum by building as much of the treehouse as he could by himself, or with the help of his friends. From de Ruiter: “One of the original reasoning’s for this place was stability… Stability to me is sustainability, because it means we are not needing to forever chase resources.” 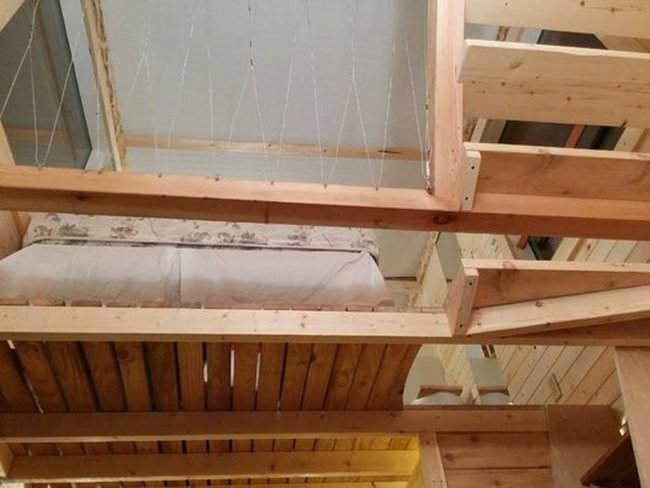 For heating, the treehouse makes use of an electric baseboard, and lighting provided for by two 100-watt light bulbs and 6 candles. There is however no shower, but de Ruiter says that it’s an excuse for him to get out of his back-to-basics retreat and to shower at a nearby marina. 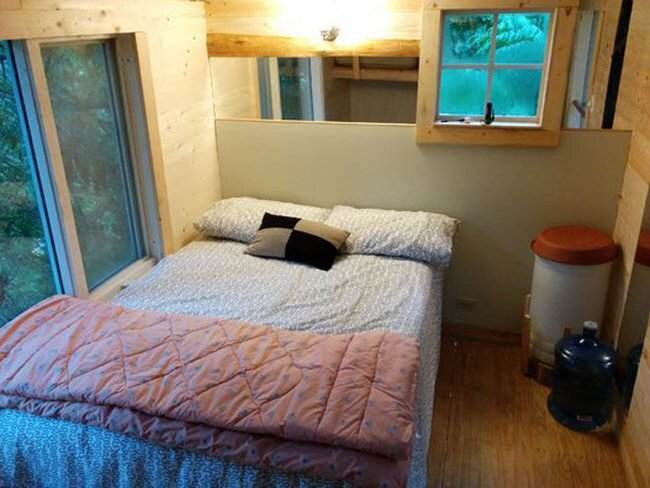 For more treehouses check out this series of modern stilted retreat in Berlin. Or, the Hemloft, a luxurious getaway in Canada that caused some controversy due to being built illegally. See all treehouses.

A Woodland Writer's Retreat in Brazil by Architectare