This home takes advantage of light and shadow to create an atmospheric home. The house can be found in Thủ Đức in Vietnam, and has been built for a young couple seeking a place to relax.

The couple contacted the design firm 23o5 studio in order to make their dream home a reality. The project, dubbed The Hut, was completed in 2017. 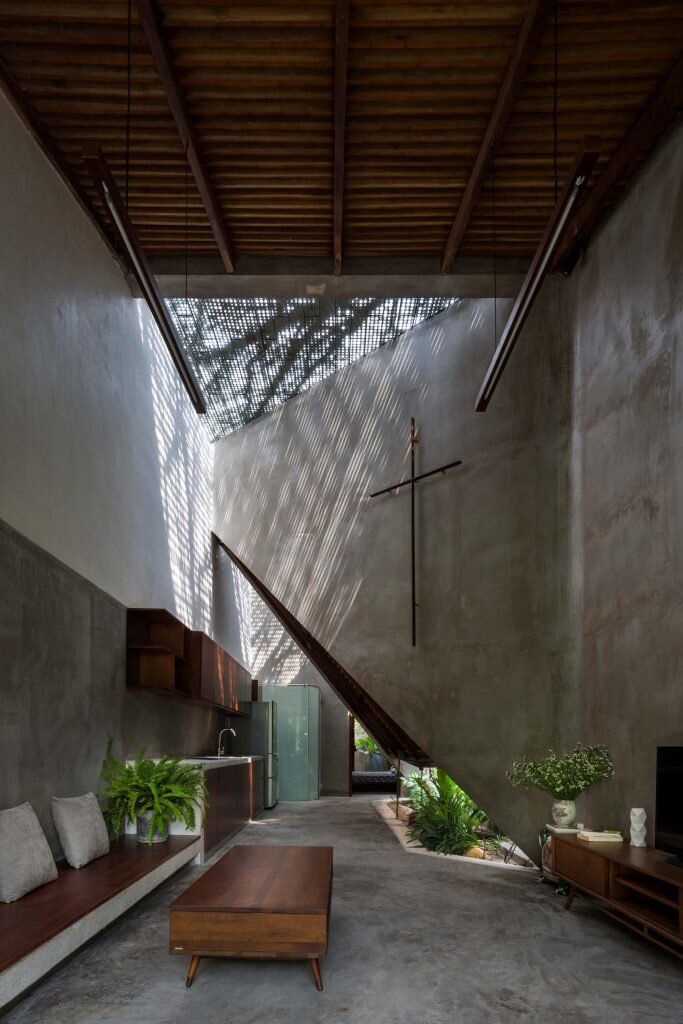 The house is nestled among other buildings in a developing area. However, you can really tell from the interior; most of the building’s openings either look out to a courtyard or the sky above, isolating the home despite its central location. 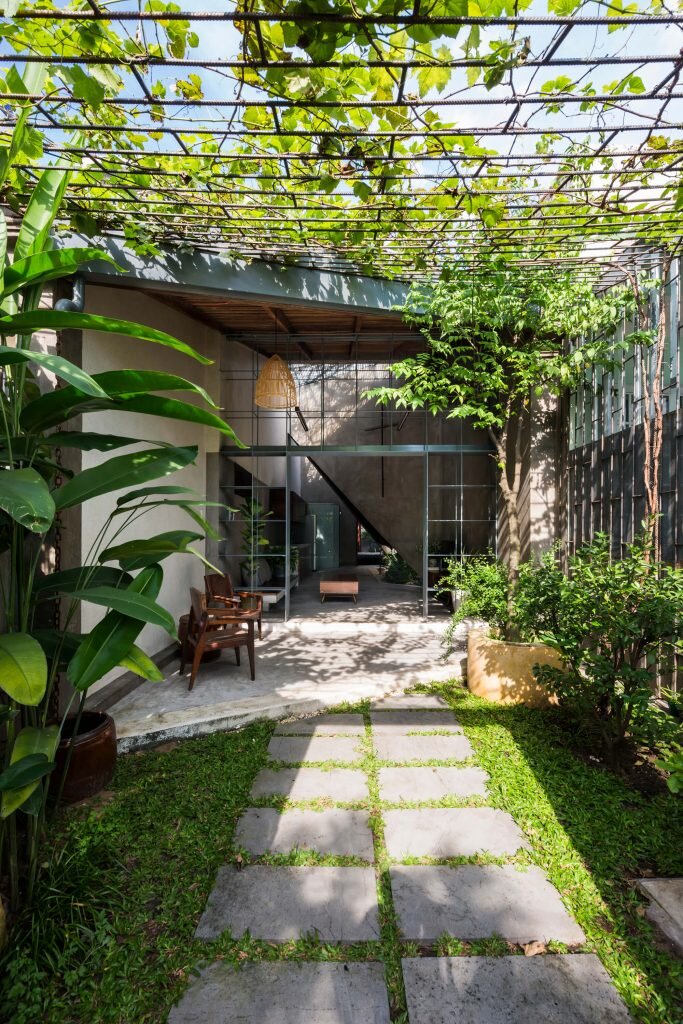 The inward openings also help promote privacy in an otherwise densely populated area. Green spaces have also been introduced to help transport the occupants away from the bustling city: “The green spaces disappear due to urbanization, pose a question for us to bring the balance back.” 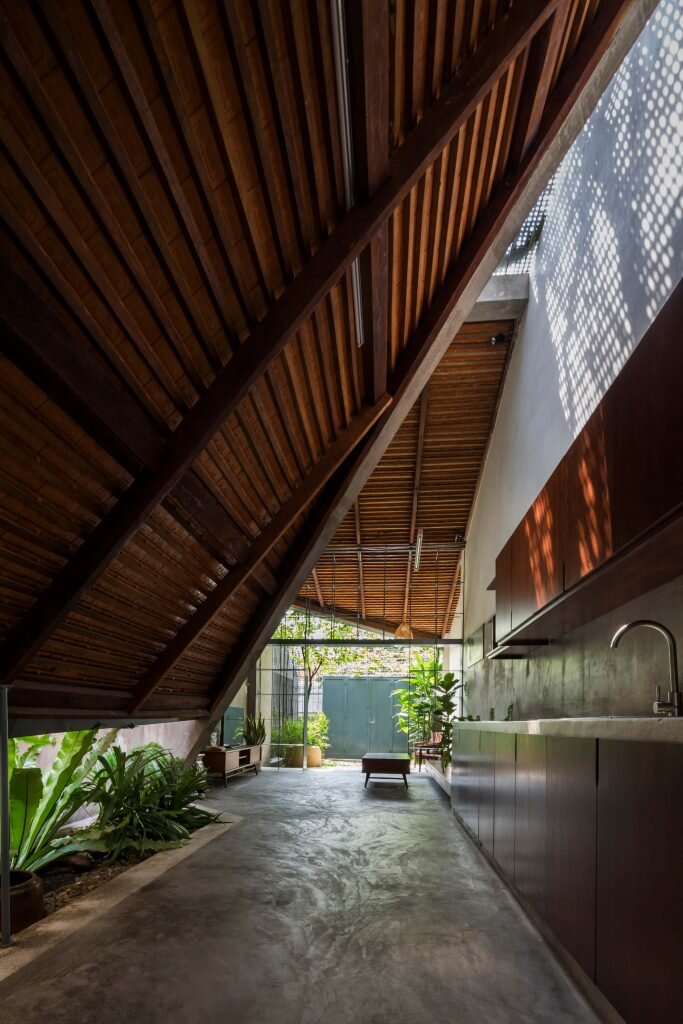 The house is in many ways a fusion of traditional and modern Vietnamese design – there are elements of nature throughout mixed with the mod-cons of contemporary living: “With ideas emerging from traditional house Vietnamese spaces, combined with the modernization of the times, we bring to the owner a new mindset of space.” 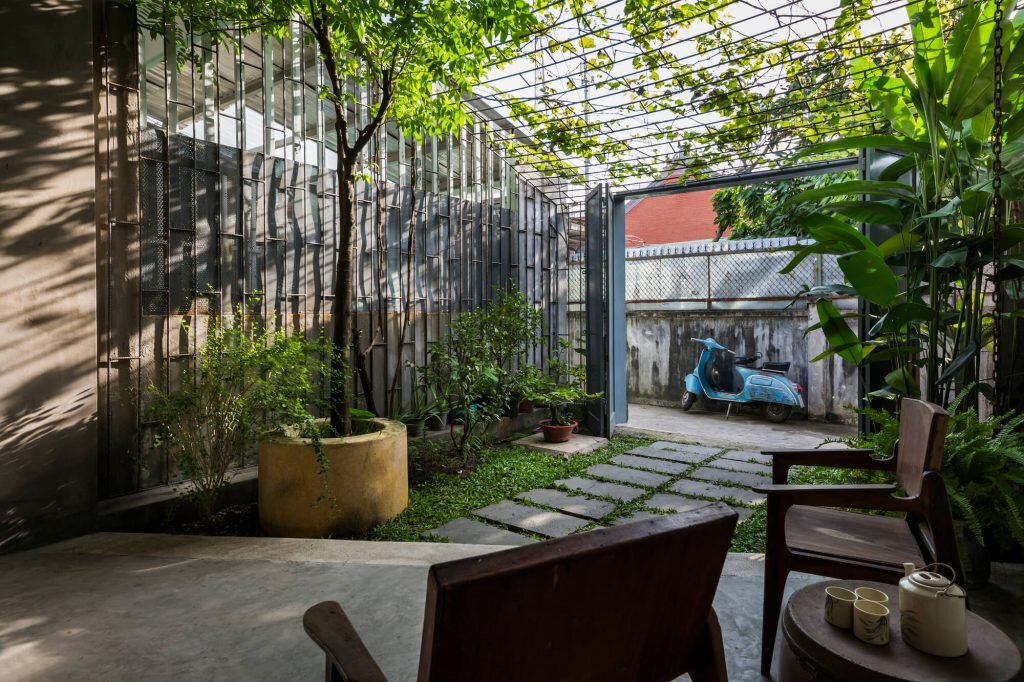 Given the house’s long narrow form, entry is provided through a single entrance door at the front. The distinction between garden and home has been blurred with grapevines and tree’s found as you progress through the space: “there is no limit between home and garden – feeling freedom.” 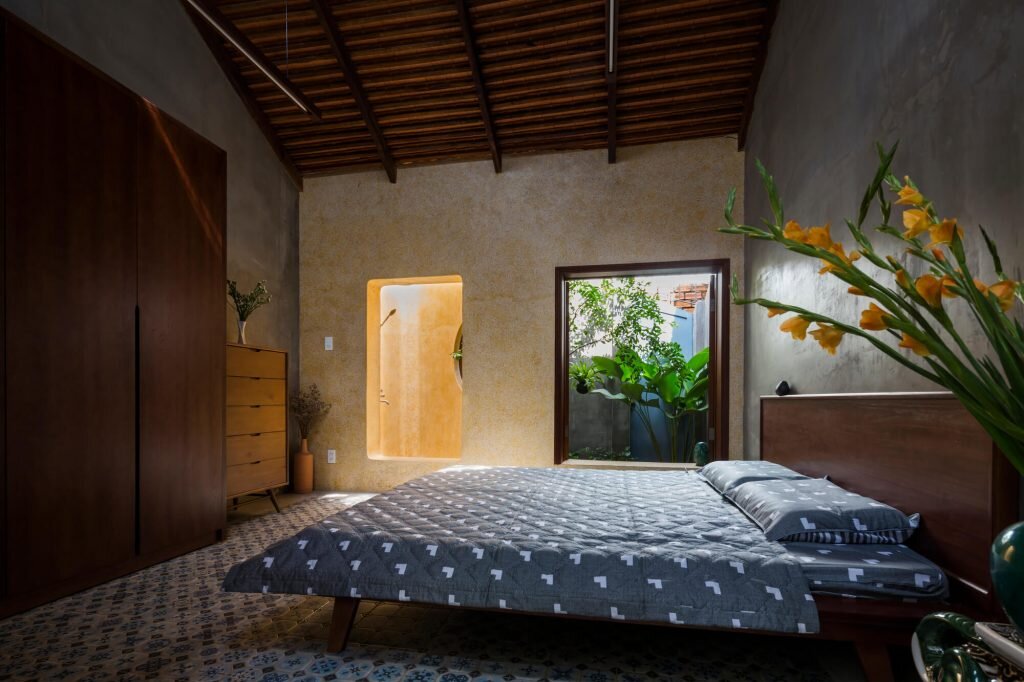 Going from the front to the back, there’s a small garden with a porch that leads through to the living room. This is followed by the kitchen/dining area. A toilet is placed at the end of the kitchen, before leading through to the bedroom and a shower. The very rear of the home features another small garden space. 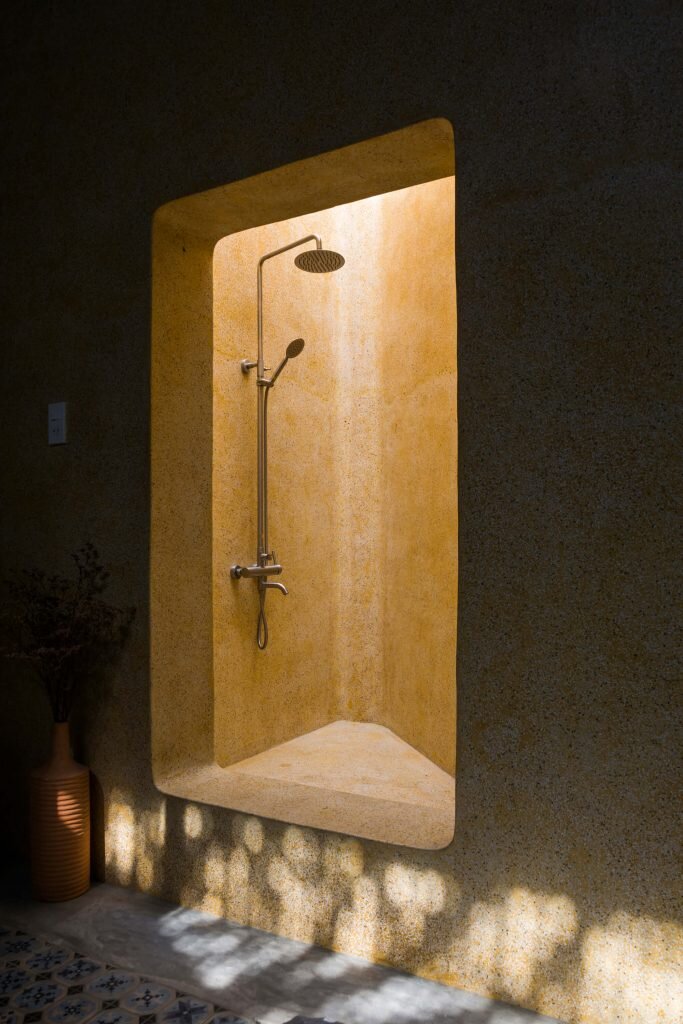 For more small houses check out Retina House, a simple family retreat set among the hills of Santa Pau in Spain. Or, Bilgola Beach Pavilion, an extension to soak up the beach side views. See all small houses.