The designers of this structure describe it as a “treehouse-temple” and it’s easy to see why. The project, dubbed the Dovecote, saw the reconstruction and transformation of an existing granary to a retreat.

The Portuguese architecture firm Tiago do Vale Arquitectos were responsible for overseeing the structure’s delicate transition. Works were completed in 2017 and the retreat is now open for use. 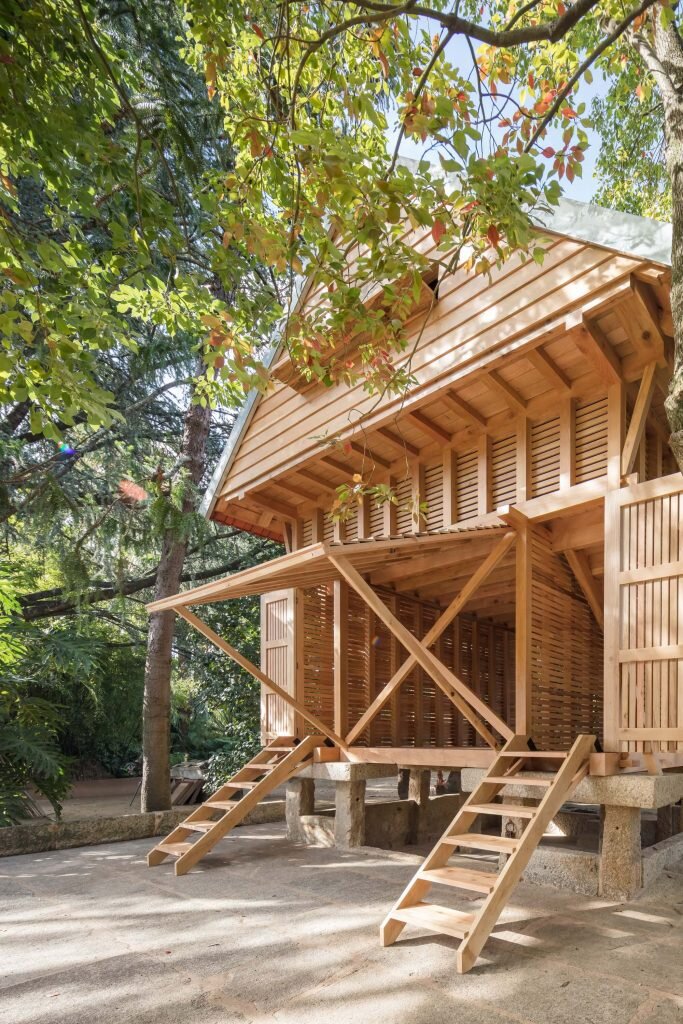 The timber structure covers an area of 452.08-square-feet (42-square-meters). It’s based in the Ponte de Lima region of Portugal and was built in the 19th century. It’s original use was threefold – it served as a granary, a dovecote, and as a drying shed. Unfortunately the oak structure deteriorated over time without maintenance. 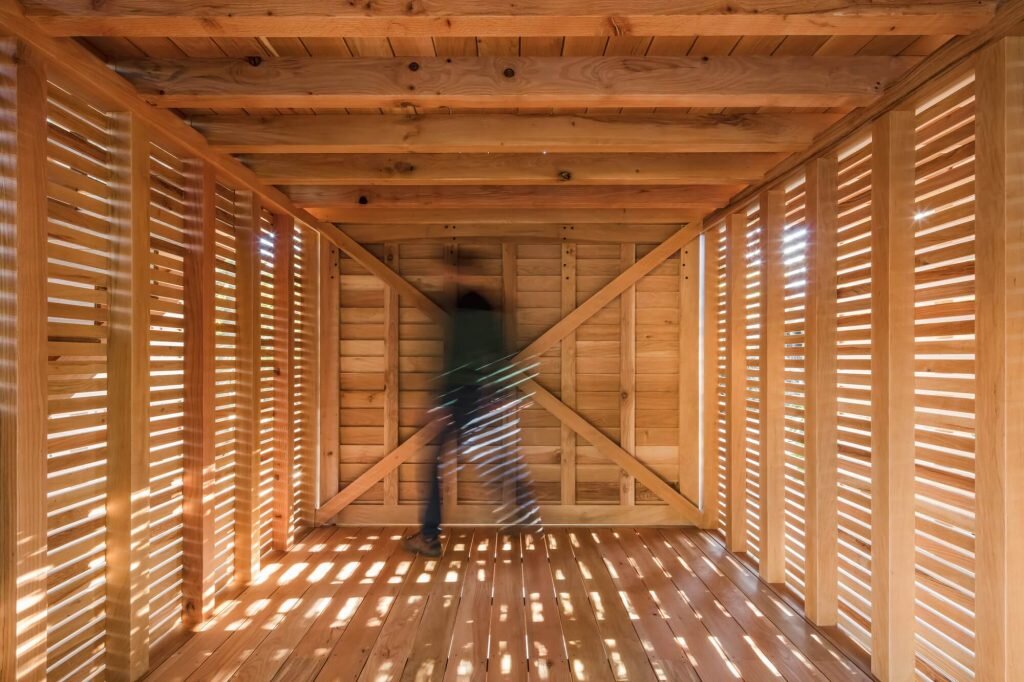 As times changed and the locals dependence on farming declined, the once immaculate structure found itself lying abandoned. By the time the architects came upon it, it was impossible to salvage the rotting timers. However, they did reveal the intricacies of the framing, allowing the designers to replace the building with an authentic replica. 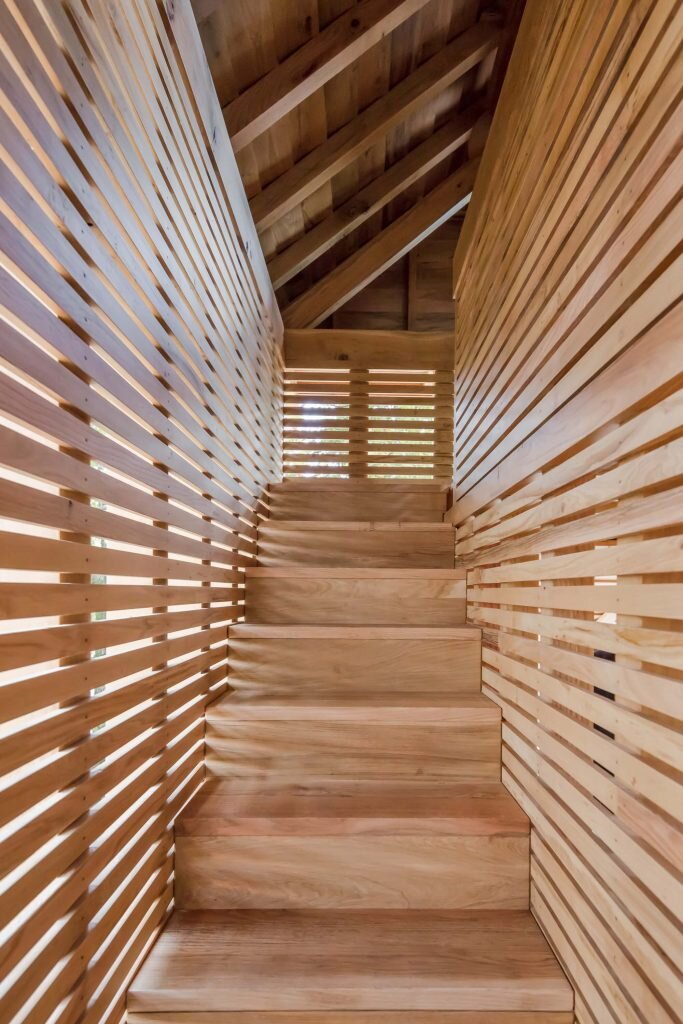 Now, the dovecote granary doesn’t have a specific use. Instead the architects state “it will be what the nature of the space lends itself to be.” Much of the project was simply concerned with maintaining a piece of vernacular architecture, and the local knowledge of how to craft such a building. 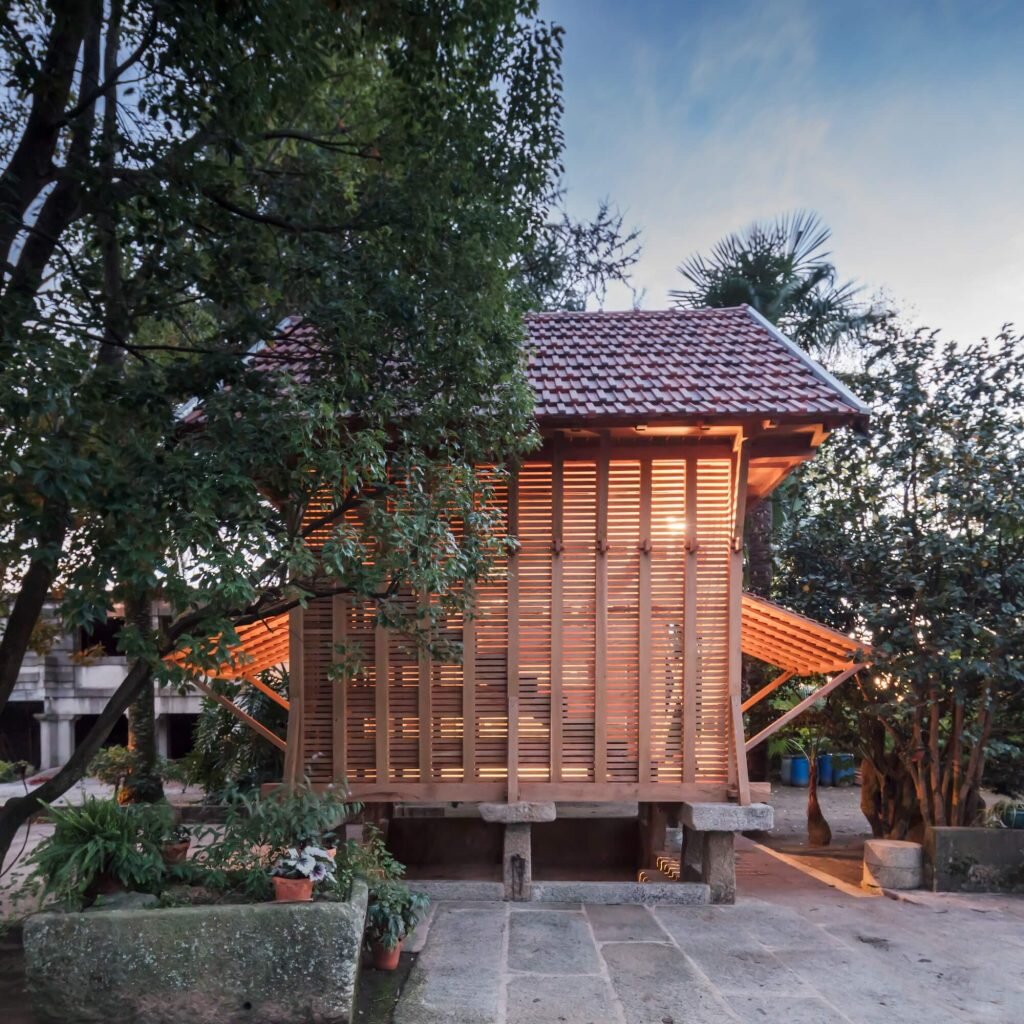 Not everything was put back in place exactly as it was. In fact there were a few additions, namely aimed at addressing a long-term weakness in the original granary. A series of cross-members were introduced at strategic locations to prevent history from repeating itself. 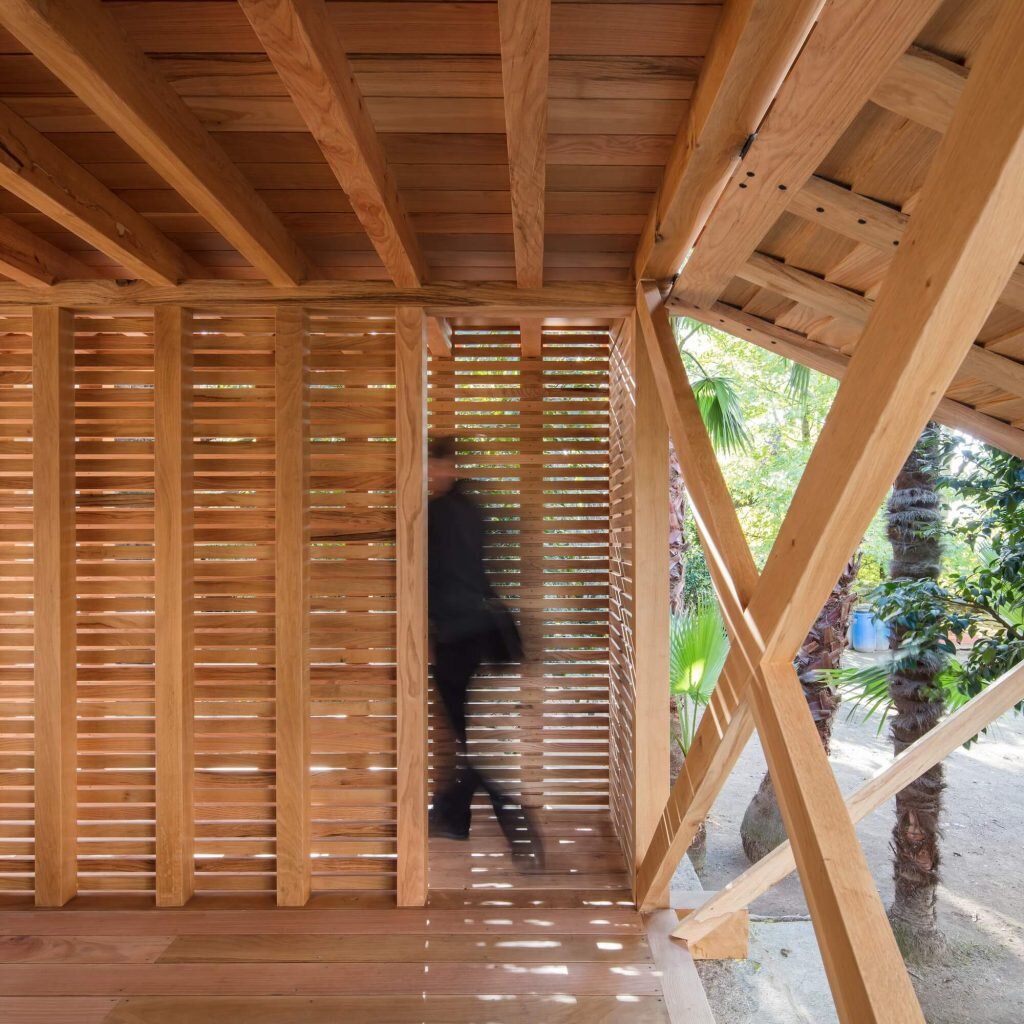 From the architects: “The Dovecote-Granary is now a sanctuary among the tree canopies, an iconic shape in the rural landscape of the Minho region, and the experience of the dancing leaf shadows, the gentle crossing breeze and the birds chirping in a late summer afternoon fully defines its new purpose, function and use.” 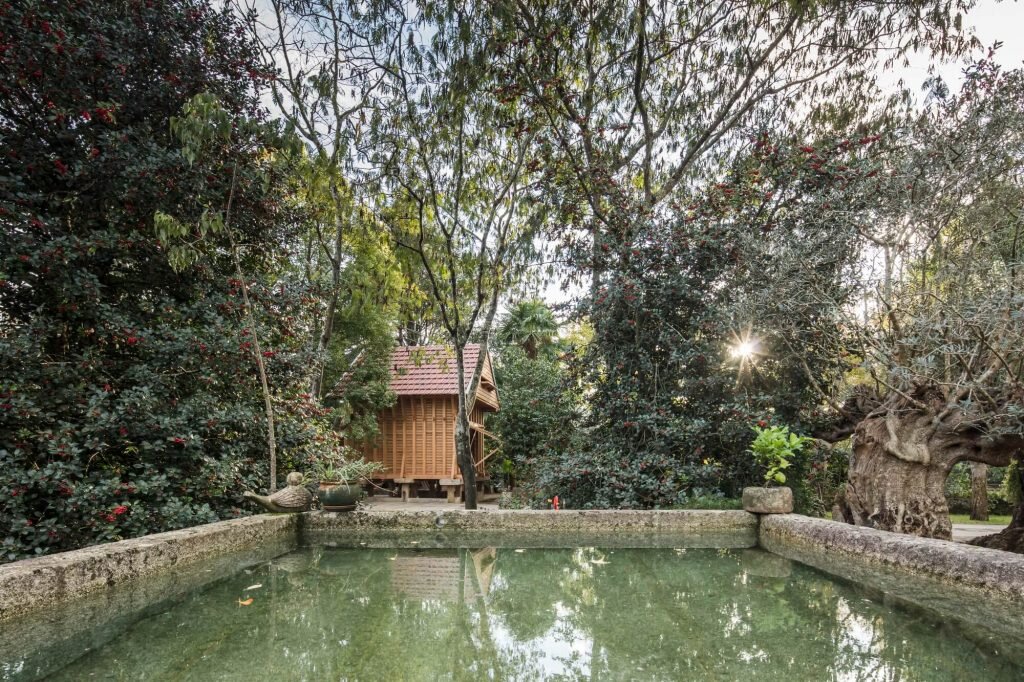 For more retreats check out Vigilance Pavilions, which offer sanctuary among Spain’s sites of cultural significance. Or, these wind swept cabins that grace the grounds of Mount Royal Park in Montreal. See all retreats.