In Skamania Country in 2014 Foster Huntington and a group of his friends started working on their own dream project that consisted of a multi-platform treehouse, a skate bowl, and a soaking tub. Fast forward to 2015 and the project has been completed and they’ve named it The Cinder Cone. 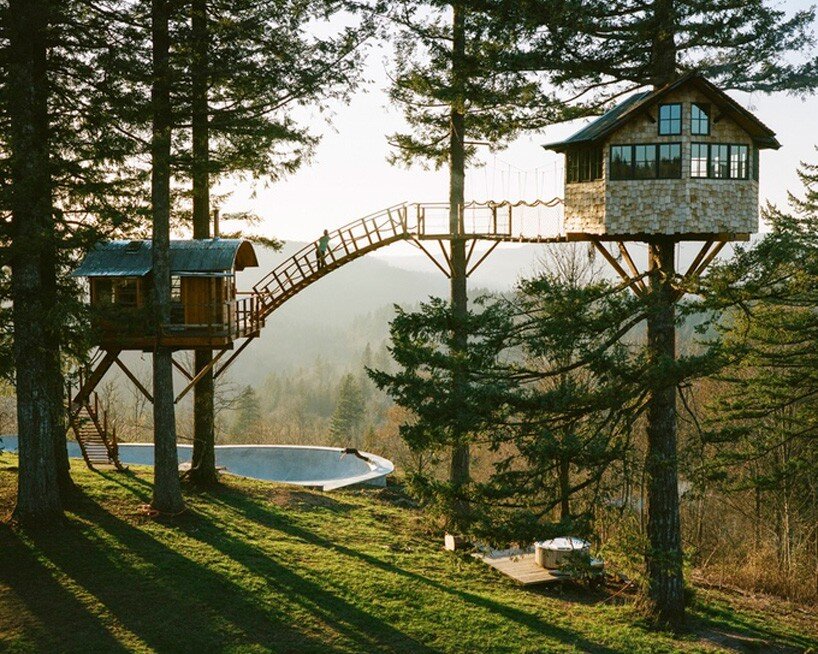 The team of friends who worked to create the Cinder Cone came from a variety of backgrounds; some were professional carpenters, while others had no construction experience at all and simply learned on the job. Regardless of how they started, the end result is a testament to the imagination (and hard work). 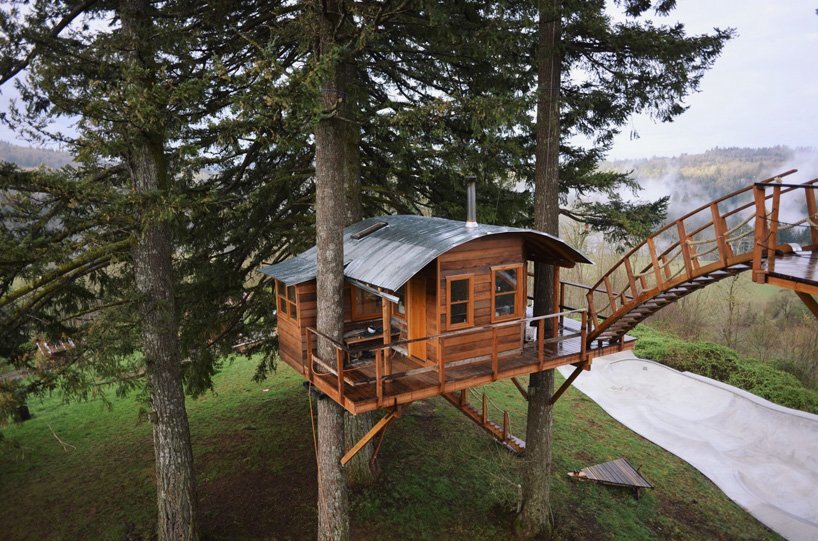 The project features two large treehouses and a viewing platform connected to one another by two separate bridges. The first bridge takes on a curved shape and looks to be made of timber and steel, the second is a suspended rope bridge. 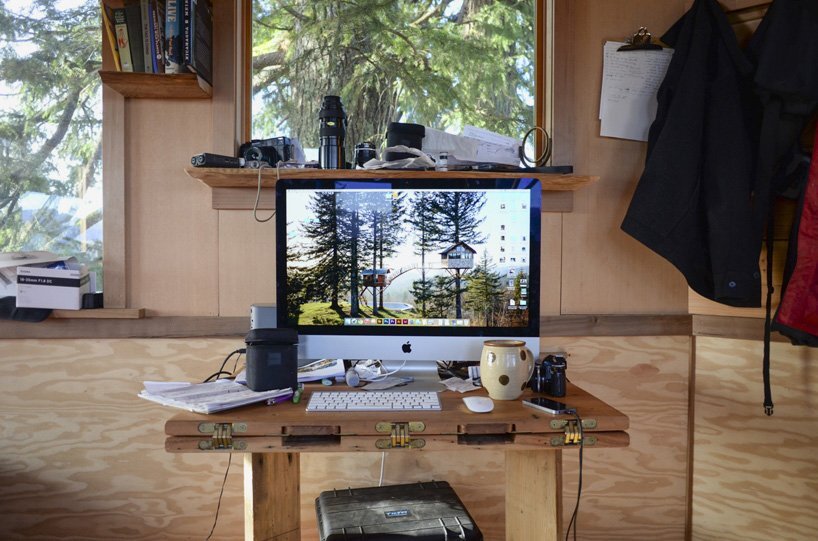 The two treehouses offer a variety of living spaces, from a desktop workstation to sofas and sleeping accommodation. They seem to be constructed from a variety of odds and ends which were likely salvaged and recycled for use for as structural components and finishes. 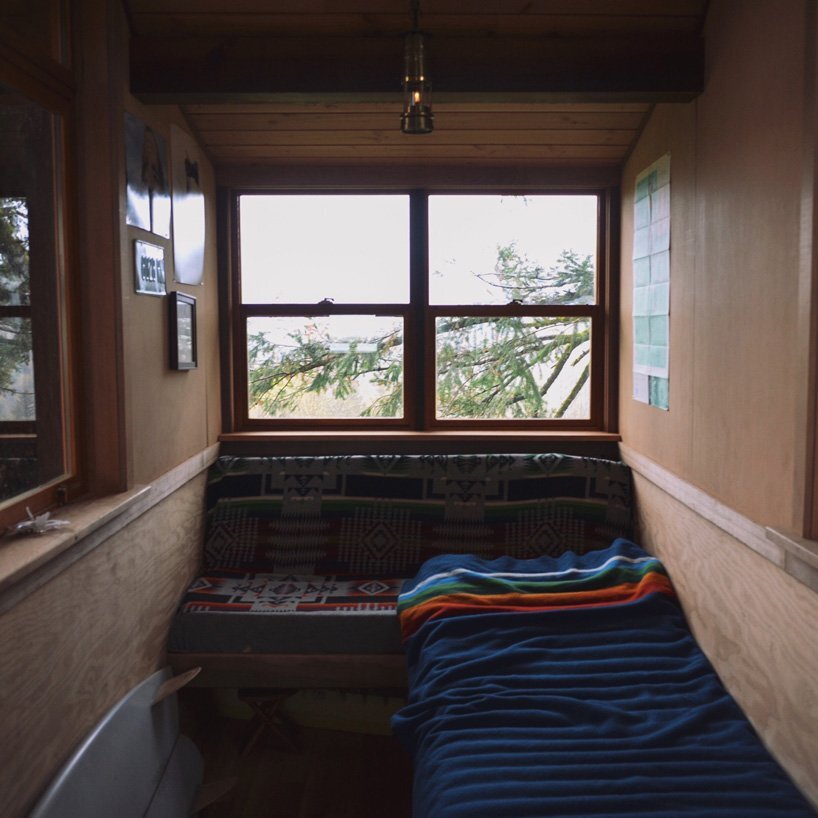 Despite the quirkiness and novelty of the treehouses themselves, one of their best features is the views they provide of Columbia River’s gorge. But if you happen to get sick of the view you could always take advantage of the large concrete skate bowl, or the wood-fired soaking tub found on a raised deck at ground level. 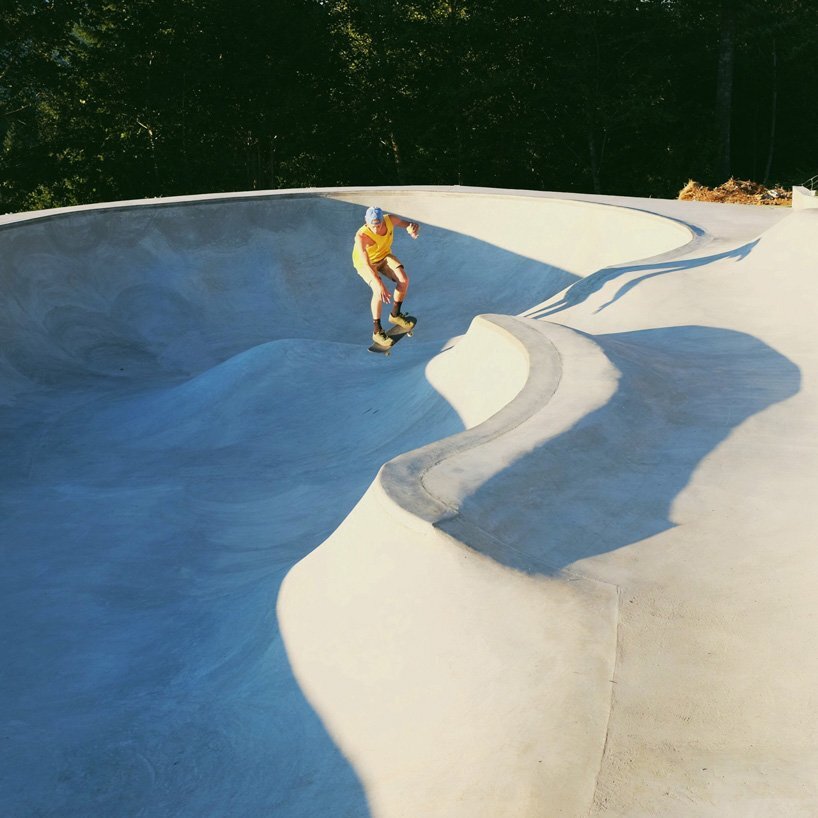 Huntington documented the entire process of the build, from the initial sketches and models to photos of the construction. He hopes to assemble them into a photobook to help ignite other people’s imaginations. You can find out more about it via their Kickstarter campaign.

For more treehouses check out The Raven Loft, a back-to-basics retreat on Pender Island. Or, Treehouse Solling, a modern retreat set among a forest in Germany. See all treehouses.

Via DesignBoom
Photos: The Cindercone