This project can be founded tucked into the side of a ravine in Clearwater River Canyon. Titled “The Canyon House”, the dwelling serves as a year-round retreat for its owners.

Ken and Jean Campbell, a professor and an attorney, contacted the architect Paul Hirzel back in the early 2000s. He was tasked with creating not only a hideaway, but one which would meet the clients lofty expectations. 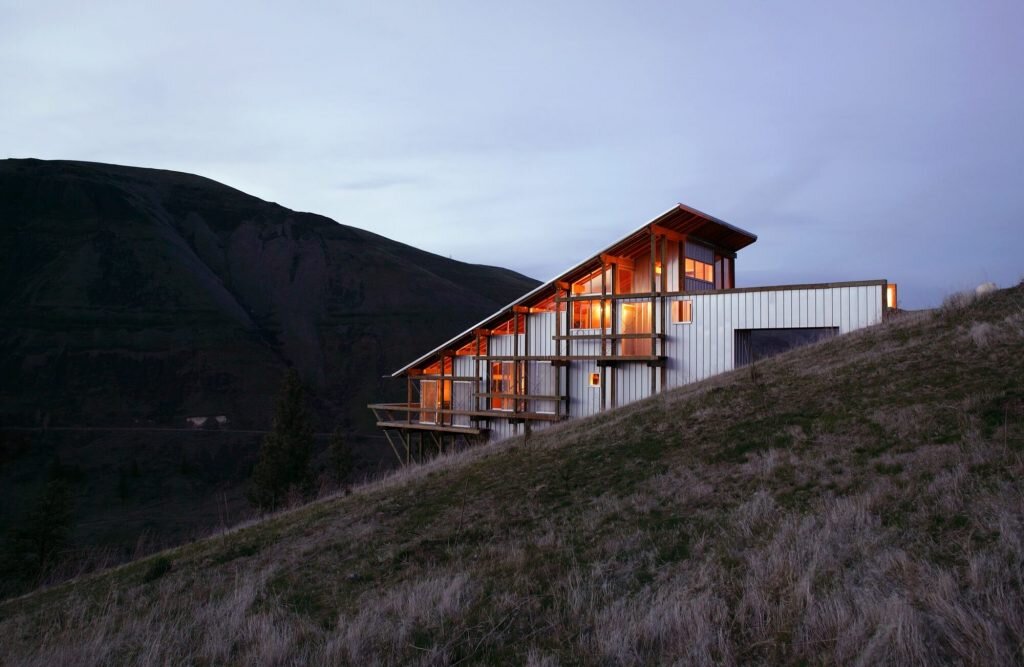 The owners gave Hirzel a brief that can be summed up in a single sentence: “To cultivate the spiritual aspects in the trinity of human, fish, and river”. The couple own 40 acres of land on the southern side of the canyon, and set aside around 2000-square-foot (185.80-square-meters) for the project. 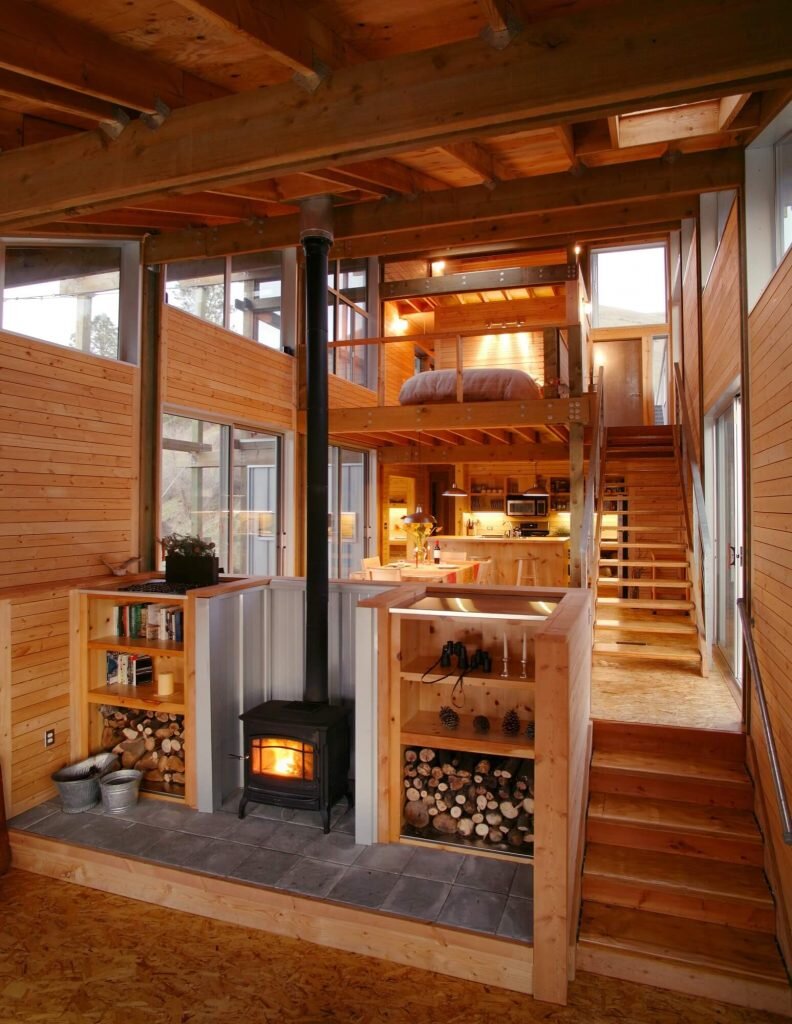 The result is a set of two small timber-frame and steel-clad structures that step down the side of the canyon. The project is split into two parts: a bunkhouse, found further down the ravine along the banks of a seasonal stream, and the studio house, which is perched on a finger ridge. 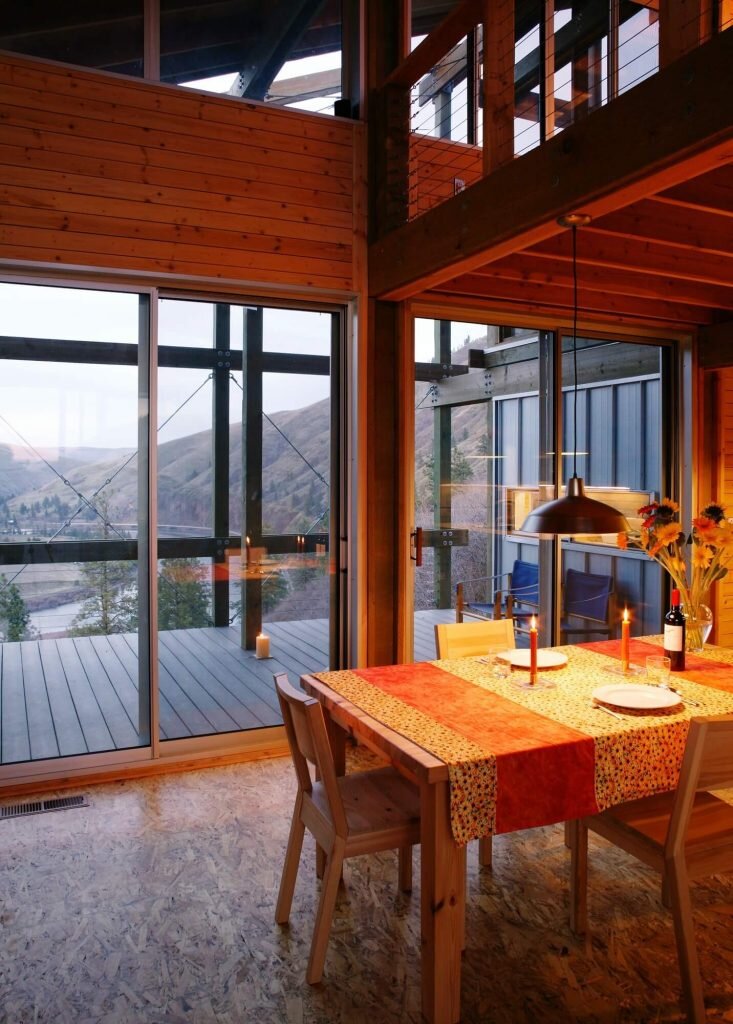 The Studio House is more exposed to the elements. Hirzel included lots of windows to take advantage of the studio’s elevated position. The views look down through the valley, capturing the river and surrounding woodlands. It also features a number of outdoor spaces, including a large timber deck to the front. 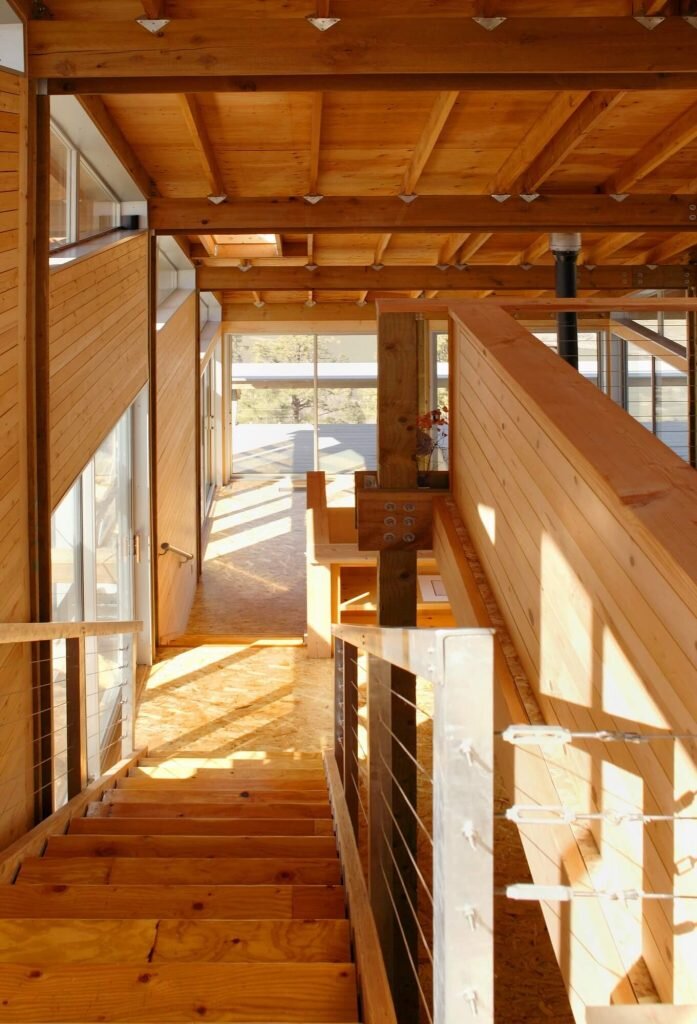 The Bunkhouse is a more secluded, sheltered dwelling. It’s set 300 yards from the Studio House, nestled closer to the base of the ravine. It has smaller windows that are aimed at capturing specific view points. According to Hirzel, the Bunkhouse is more about seeking refuge, whereas the Studio House embraces its exposure. 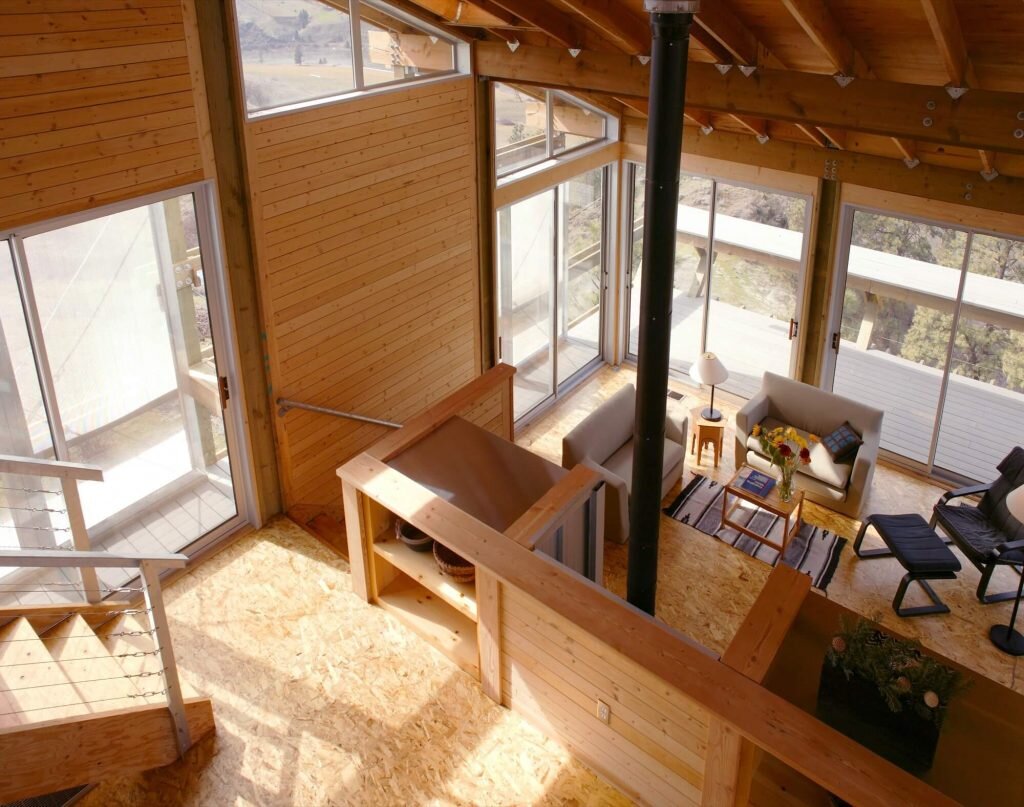 Passive cooling strategies were employed to try and help maintain a comfortable interior temperature during the summer months. According to Hirzel, the operable windows were strategically placed in order to promote updraft ventilation – a necessary measure considering temperatures in the canyon often soar above 100-degrees Fahrenheit. 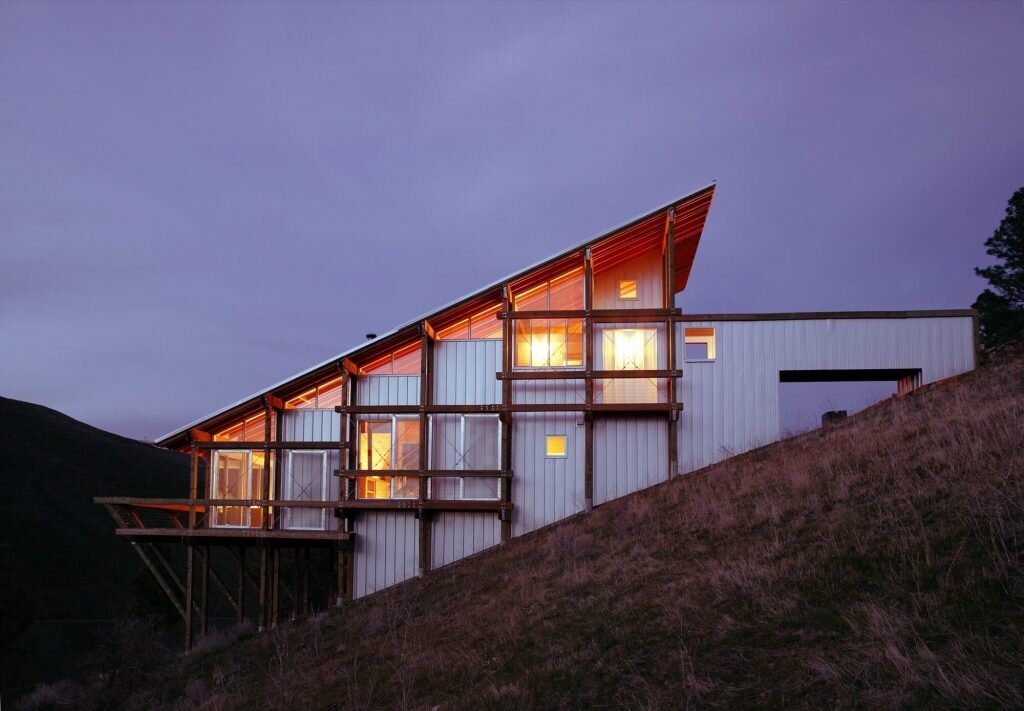 For more retreats, check out Kimo Hut, an A-frame for newlyweds in New South Wales. Or, Scavenge Studio, a rustic retreat set among the mountains of Washington State. See all retreats.

Studio 6240 - A Backyard Addition Serves as a Living Space, Garage and Future Home