This former Swiss army building that was constructed during WW2, has been transformed in a rather comfortable home by Ralph Germann Architectes. The Switzerland-based firm effectively inserted a glass cube into the existing structure, which helps define the old from the new, and also helps to maintain the character and history of the building.

The internal cube allowed the architects to avoid disturbing the original walls, and preserve the roof and other elements of historical importance. Further to this, the architect used “simple materials” – materials that they deemed to be honest, and true to the character of the building – such as larch, slate, glass and metal.

To avoid creating a home that seemed lifeless or austere, Ralph added some (perhaps shocking) touches of color. Accents of fuchsia can be found in the bedroom, and the bathroom contains it in spades. I don’t know if it’s to my tastes, but it’s certainly a bold statement.

Another important aspect of this design is its functionality, with a lot of emphasis being placed on space and light. The internal living area is surrounded by glass windows, whereas the outer structure contains a few large, but strategically placed openings. The space between the internal and external walls is a kind of glass corridor which no doubt helps to keep the internal unit well insulated.

The living spaces are divided up around another cube that houses the WC, storage and the bed, which can be folded up like a wall-bed to help maximise space when it’s not in use. 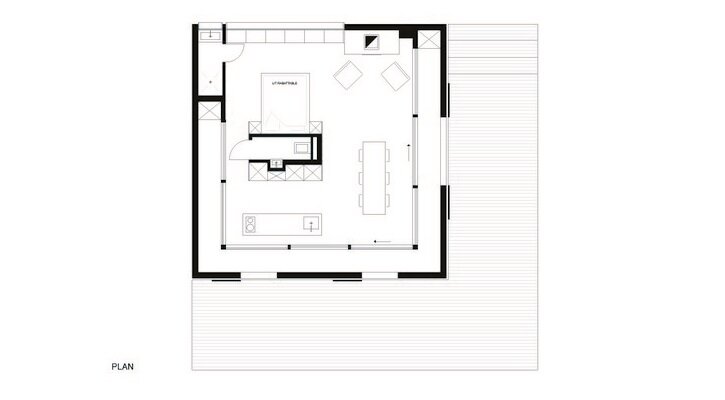 The transformed army building is just 49 square meters in size (527 square feet) and provides picture-like views of the surrounding landscape (which is stunning).

UPDATE: A view of the house from the outside was requested. The picture below is about the best I could find. 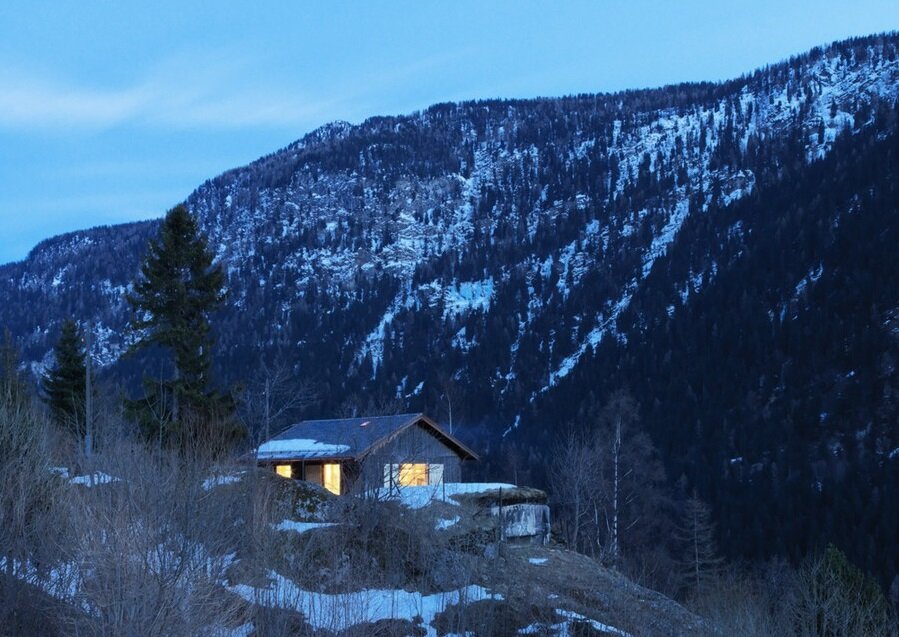 For more small houses check out this home that hangs over a cliff in Nova Scotia, or this small A-frame cabin that gets receives a modern addition in the form of a glass cube. See all small houses.

Small House in Nova Scotia is a Cliffhanger