Unlike most cabins, this one is constructed almost entirely from concrete as opposed to wood. Located in the Swiss Alps near the city Chur, the cabin boasts an usual exterior façade that has been sculpted in such a way so as to mimic the appearance of wood from a distance. 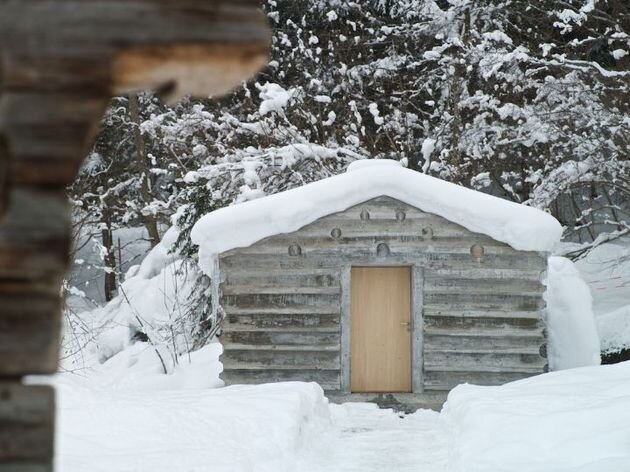 The compact retreat has been designed by Georg Nikisch and Selina Walder, is a stark contrast to the more tradition Swiss cabins, which are typically much larger and mainly constructed from wood. The house is minimal in both size and design, but also features traditional elements such as the peaked roof lines. It features a two large windows and a skylight to provide the interior with natural light. 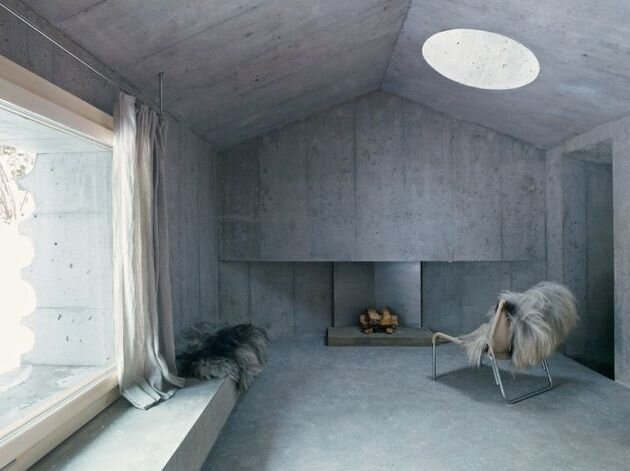 On the inside, every surface is finished in concrete, from the wall, floor and roof to the bathroom tub and fireplace. It’s (extremely) minimalist design leaves the interior looking somewhat cold, barren and uncomfortable. The furniture pieces consist mainly of a chair, rug and the bed. 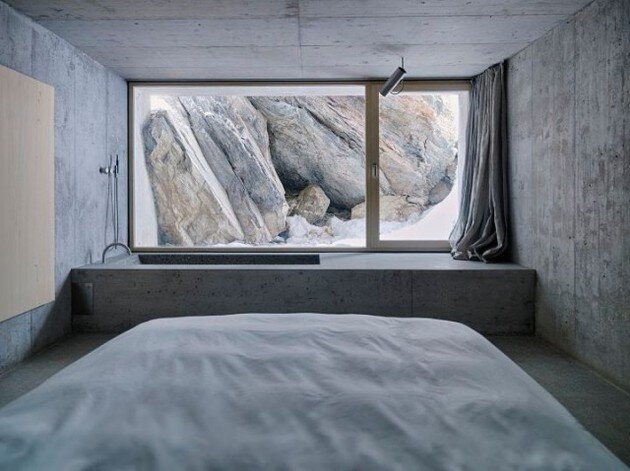 There are three main “rooms” in the cabin, an open plan living room that also contains the bedroom and bathroom. In the bathroom, the tub is carved out of the structure, reiterating the sculptural aspect of this design. The tub faces a large floor-to-ceiling window that looks out at large rock. I suppose its main function is to provide light, and privacy instead of a view of the mountain range. 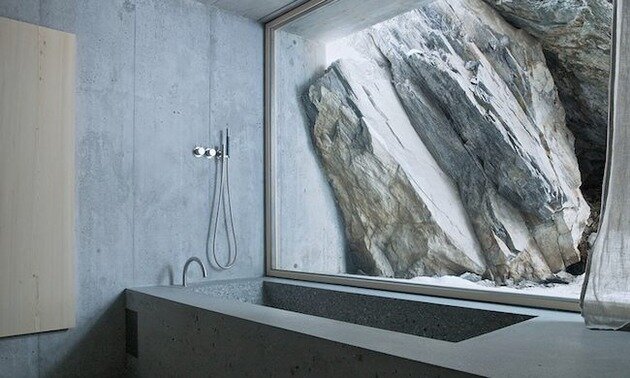 The exterior concrete has been patterned to make the cabin look like it’s been built with trunks of weather-worn wood. The major benefit of creating the retreat from concrete is its durability, it will be able to withstand the local climate with a minimal amount of maintenance compared to a wood structure.

Overall, concrete’s a great durable material, but I tend to like a little more color in my interiors than the stark grey of concrete.

For more cabins check out the Woody35, modest Norwegian cabin vacation home by Marianne Borge. Or this small cabin found in the woods of Trossö, Sweden by Septembre Architects. See all cabins.

From Apartment to a Studio Workspace in Tel Aviv

A Restored Old Luggage Van Makes For A Cosy Retreat

Small Cabin Built on the Peak of The Julian Alps