This unique summerhouse has been designed by architect Rosario Talevi for her mum. The summer house is located in the small fishing village of Punta Rubia in Uruguay, and is just a short few minutes on foot from the sea. The rather modern looking house was constructed under a strict budget and provides a space for family get-together’s. 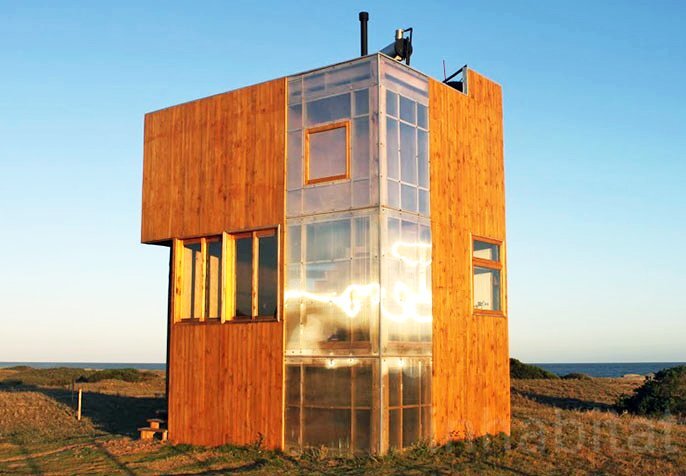 The summerhouse has been dubbed Casa Abierta, and was built back in 2010. Casa Abierta was actually Talevi’s first house project to be completed. The finished house takes inspiration from Japanese wood craftsmanship and Nordic aesthetics. The interior design (and budget) places emphasis on function, with little need for unnecessary features, creating a sense of minimalism in the space. 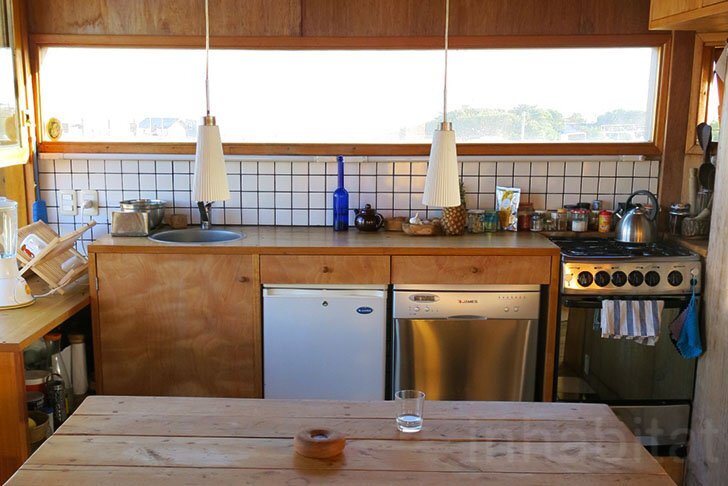 The ground floor is made up of an open plan living area that also contains the kitchen. To make the most of the available interior space, much of the furniture has been custom built. The house is a mix-up of new and old, from furniture pieces to the wall finishes, and it has the overall effect of creating a cosy, warm atmosphere. 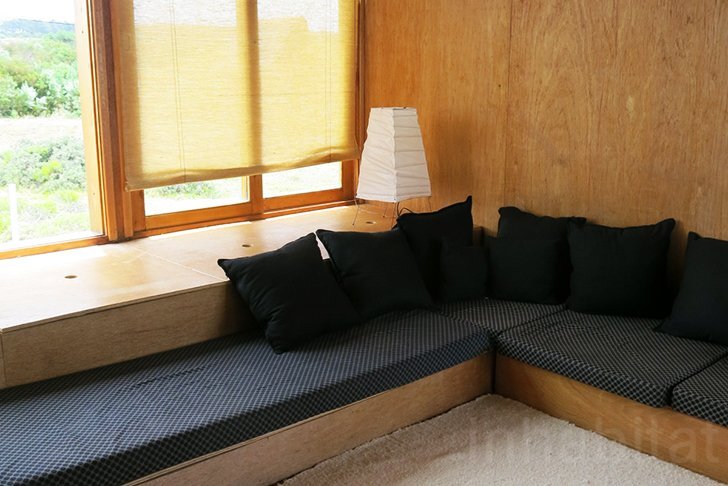 One corner of the house is dedicated to providing natural light and is clad from foundation to eaves level with polypropylene sheeting. The wood used in the construction and finishing of the house is FSC-certified Pinus Elliottii and Eucalyptus from Brazil. The operable offset windows also help to create natural ventilation. 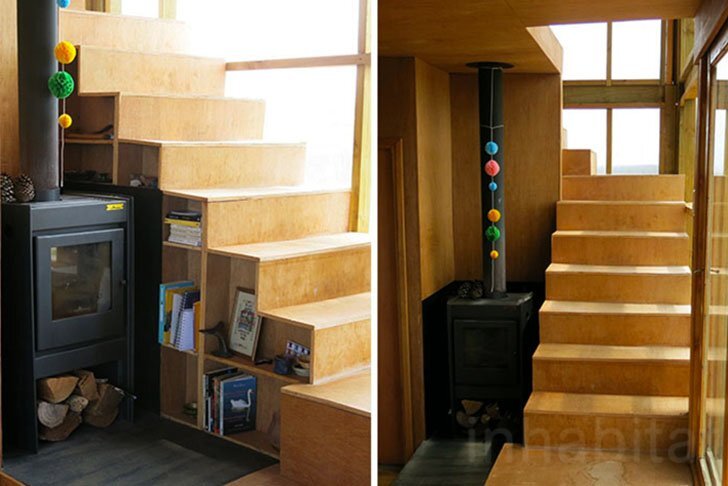 The house is heated by a Tromen wood burning stove, which the open staircase wrap around. The second level contains the bedrooms, each of which is naturally lit by the large openings that are clad with the transparent polypropylene. The bedrooms themselves feature a mixture of custom hand-built furniture, as well as IKEA pieces and textiles. 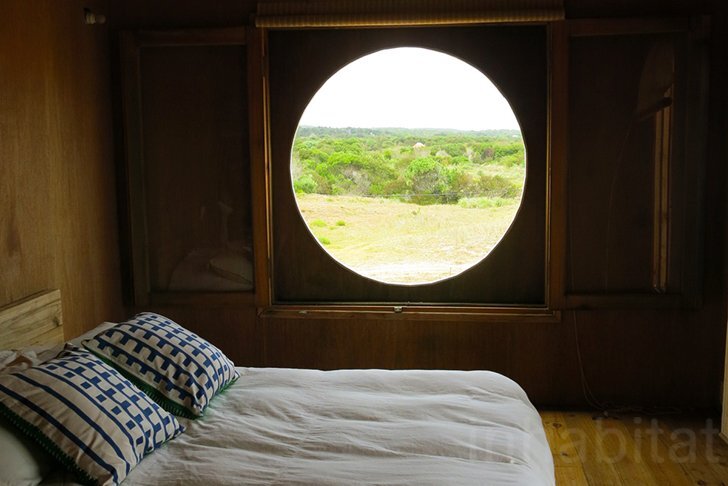 On the roof you’ll find a comfortable deck area for lounging around, and a solar heater that provides warm water during the summer months. The gardens surrounding the summerhouse have been planted with a variety of herbs and shrubs. Rosario’s mother, Lucia, intends to spend her retirement at Casa Abierta, where she’s hoping to start her own lavender oil business.

For more small houses check out The Coxwell House in Toronto by Rohan Walter that’s been built on a small awkward lot. Or House Unimog a collaborative project by Wezel Architektur’s and Fabian Evers Architecture. See all small houses.

The Pump House - A Compact Off-Grid Home in Australia