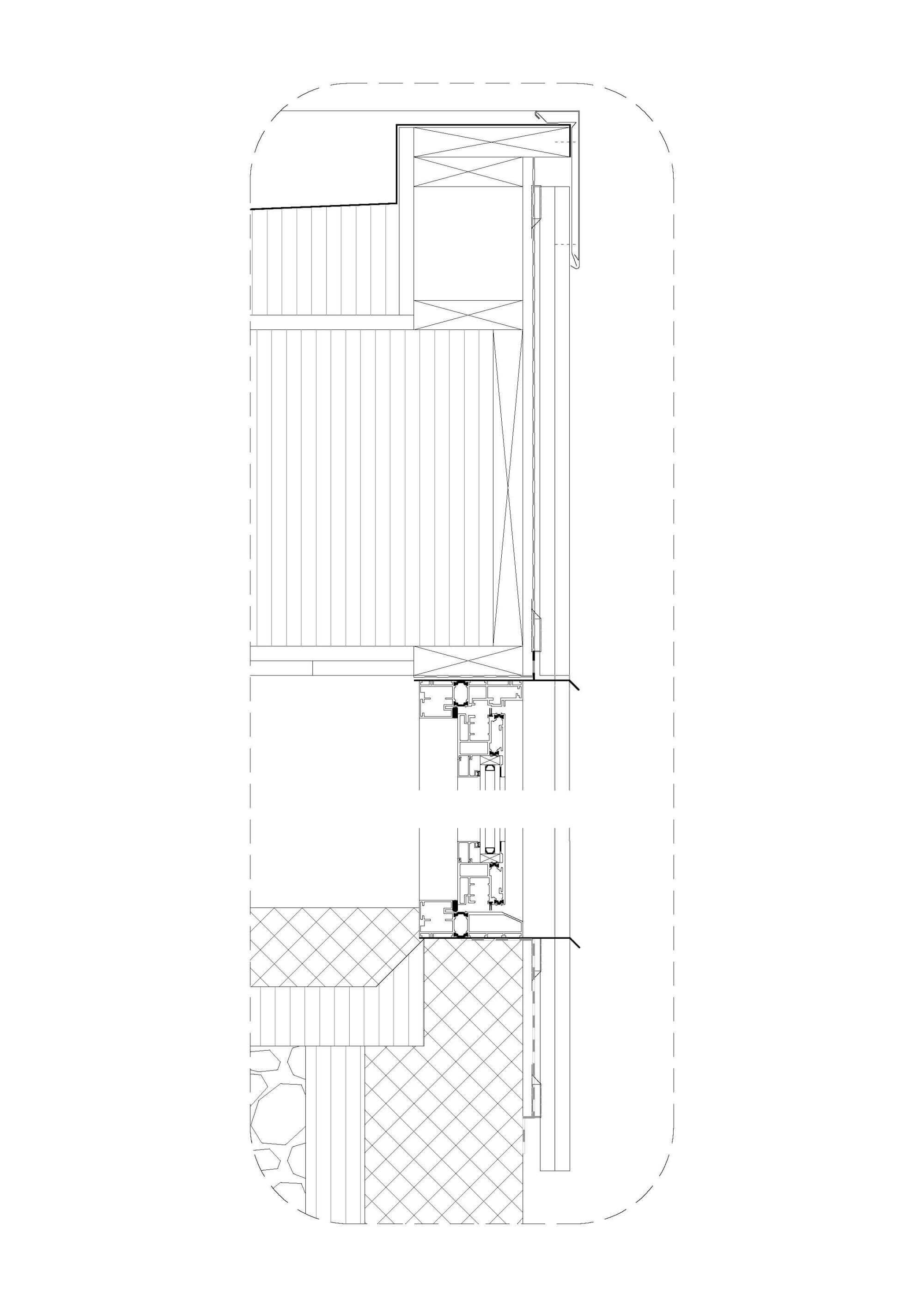 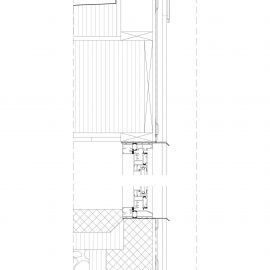 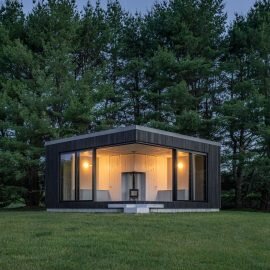 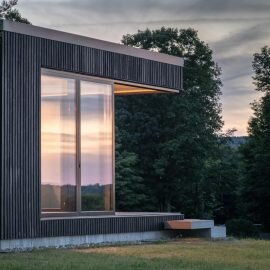 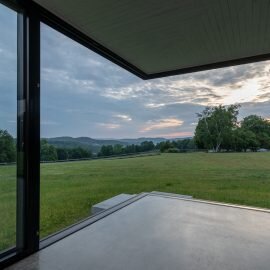 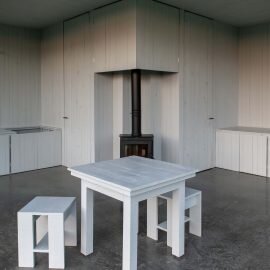 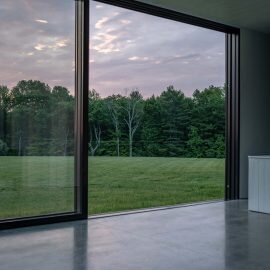 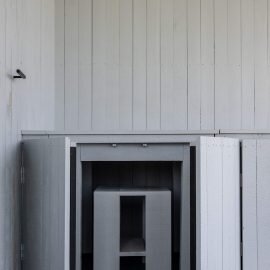 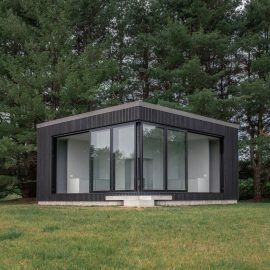 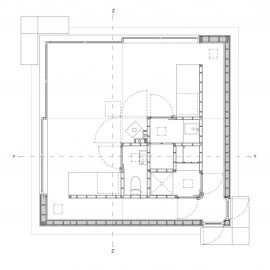 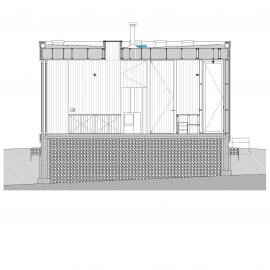 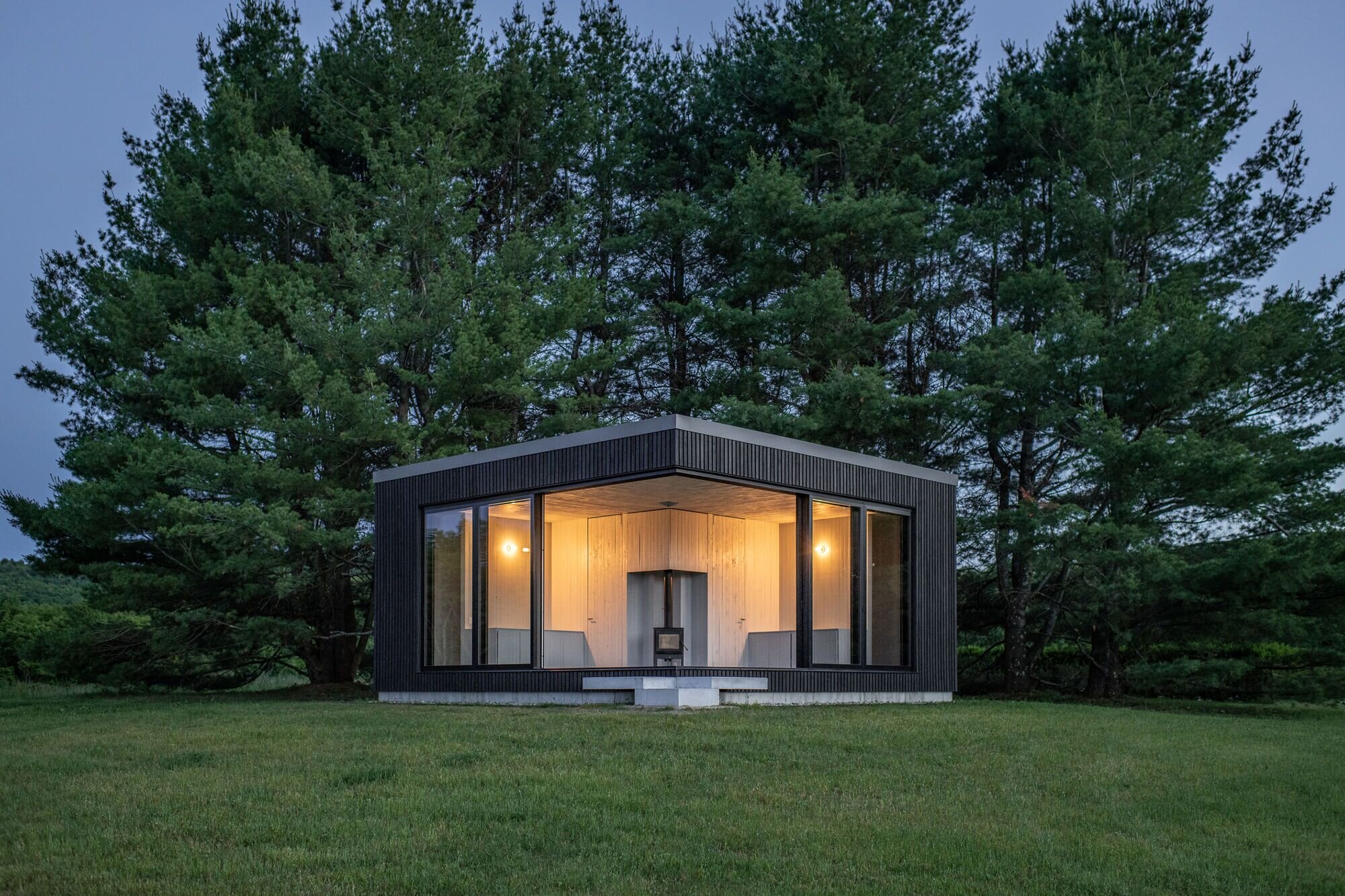 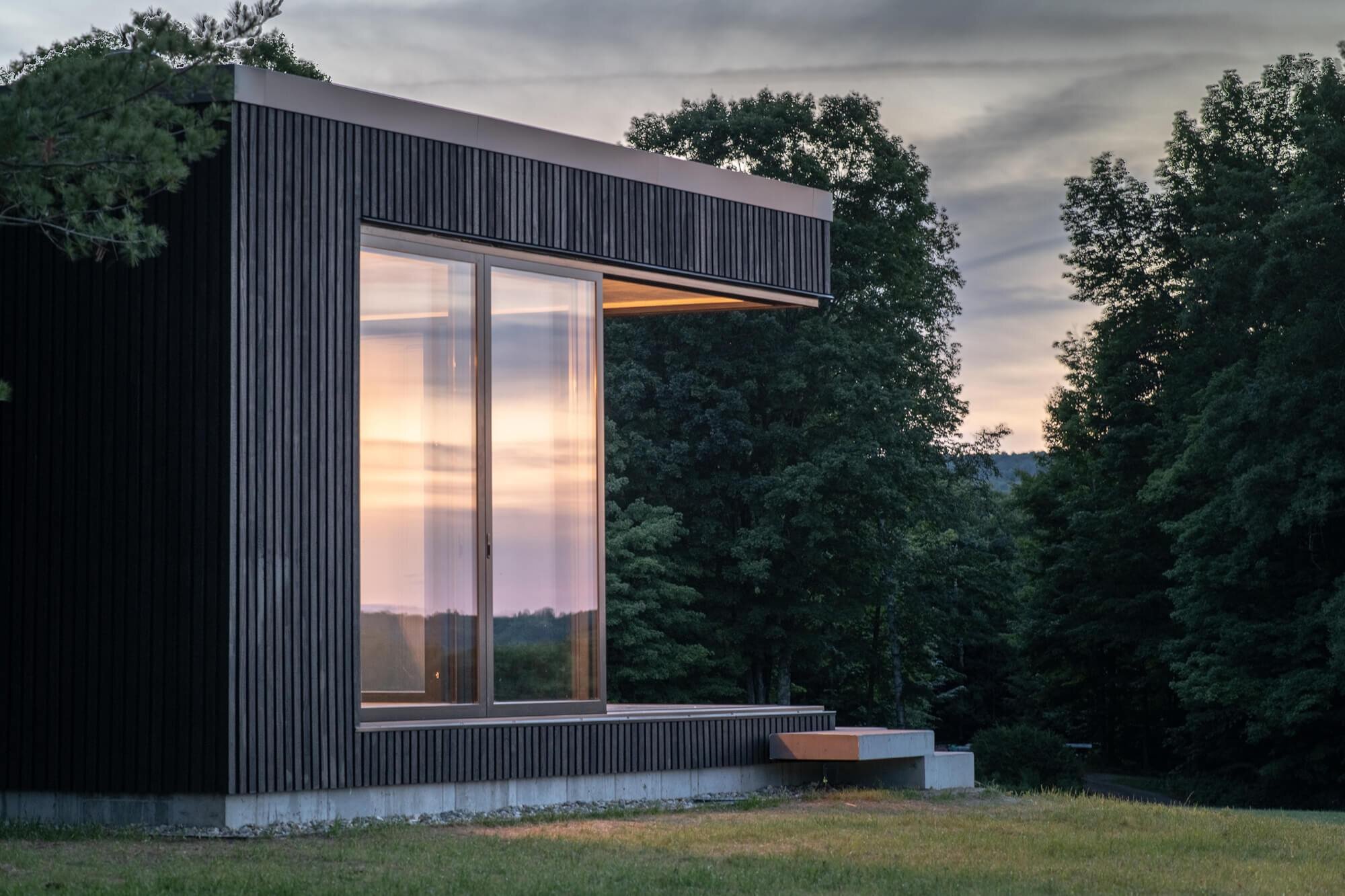 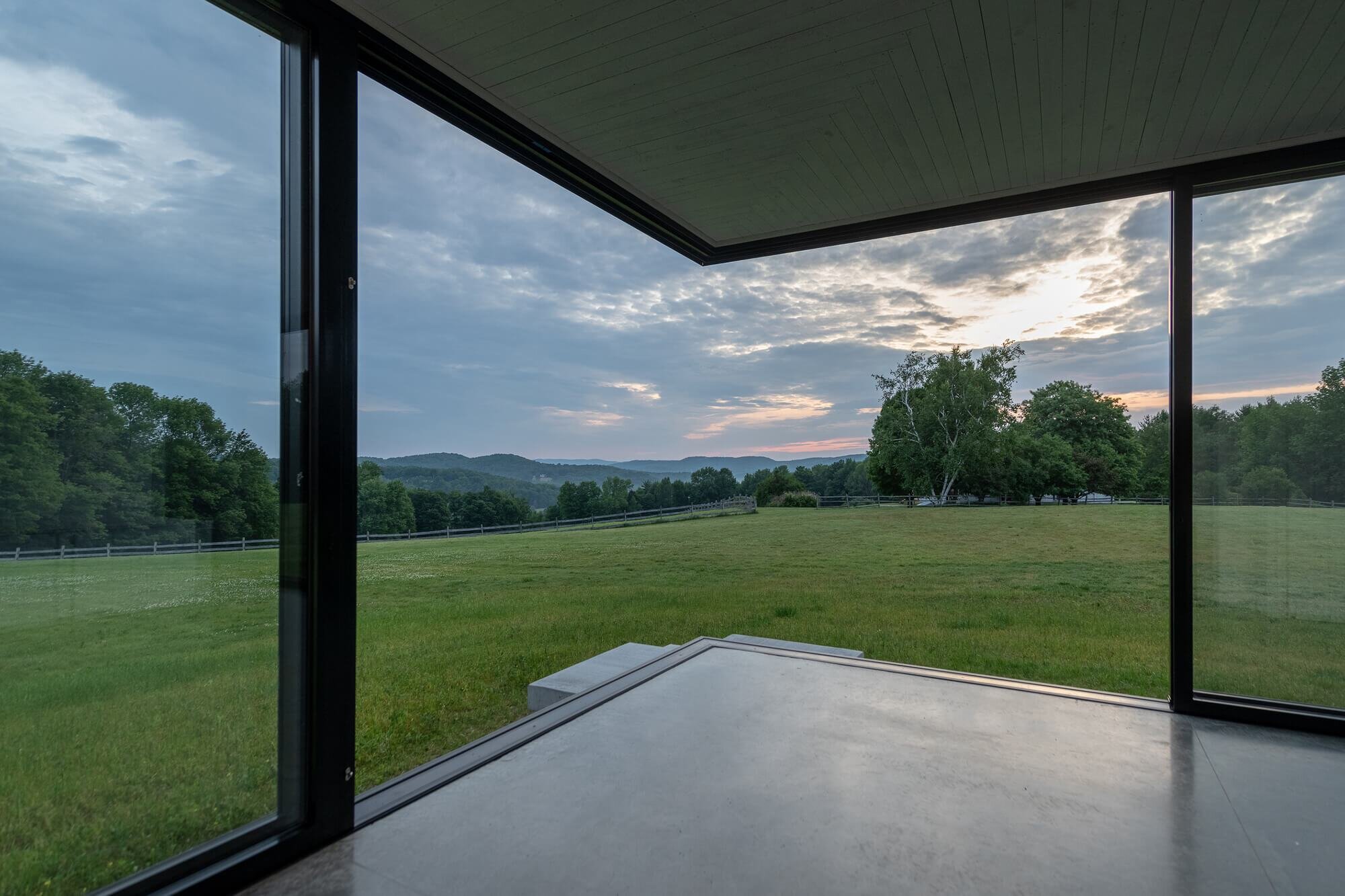 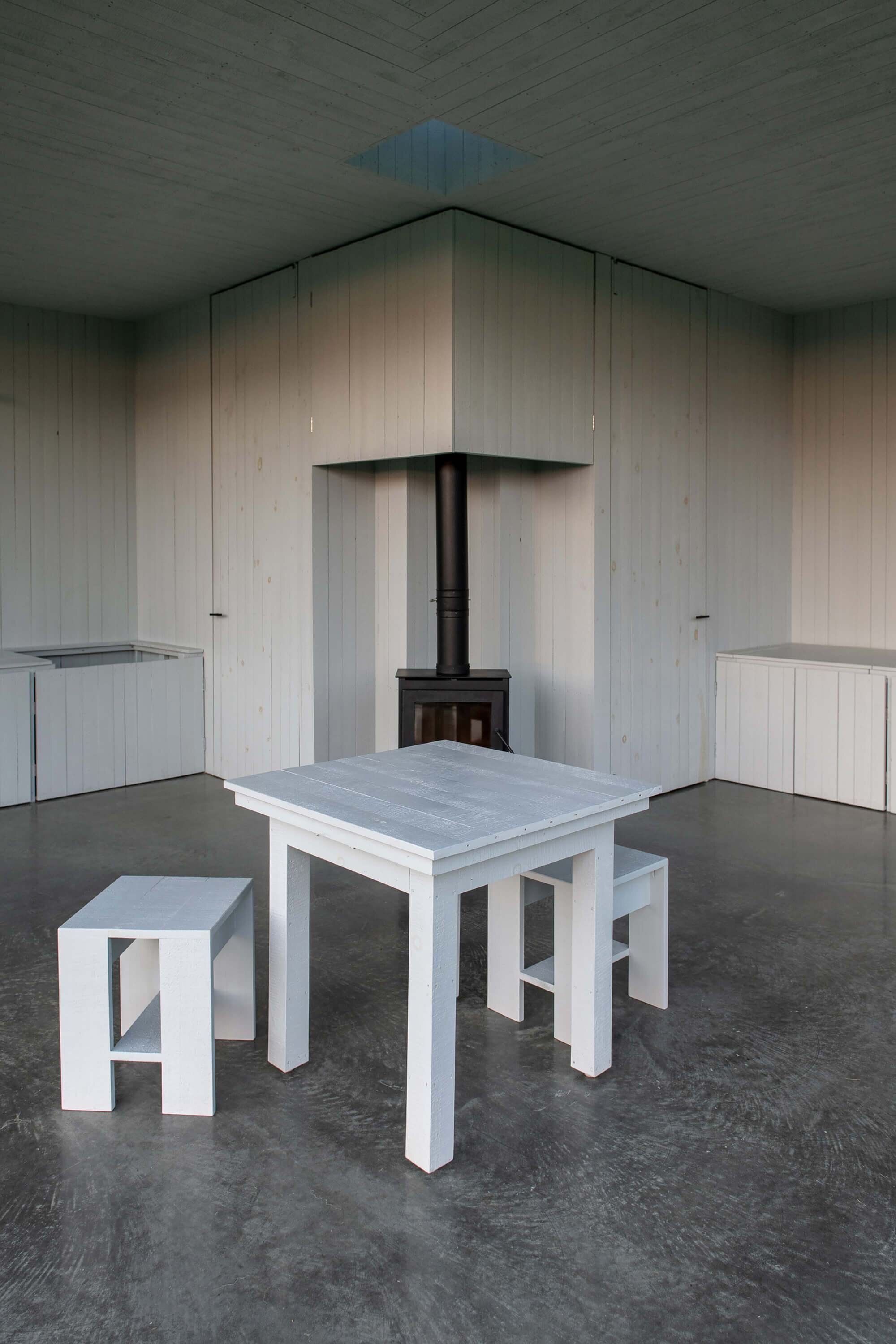 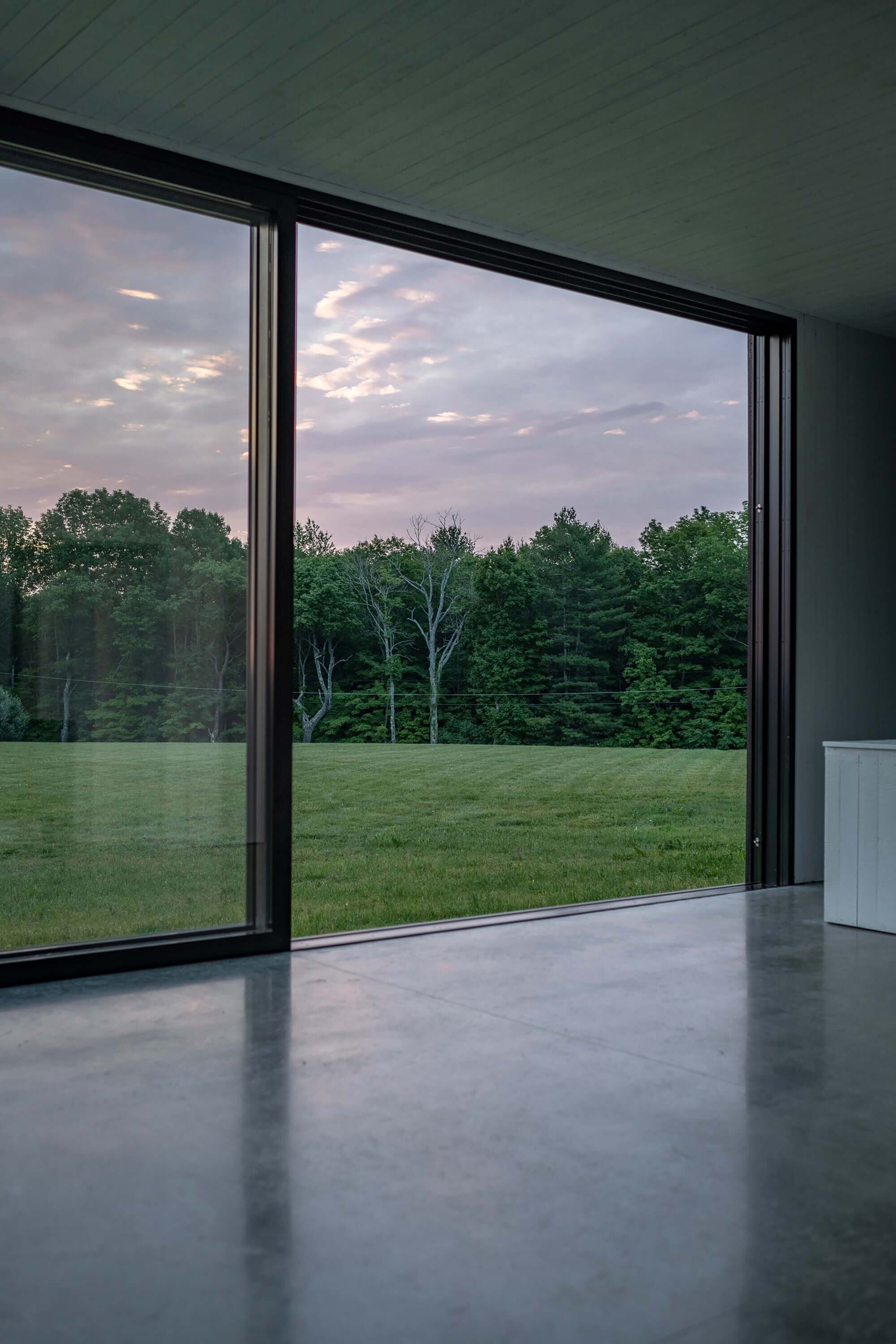 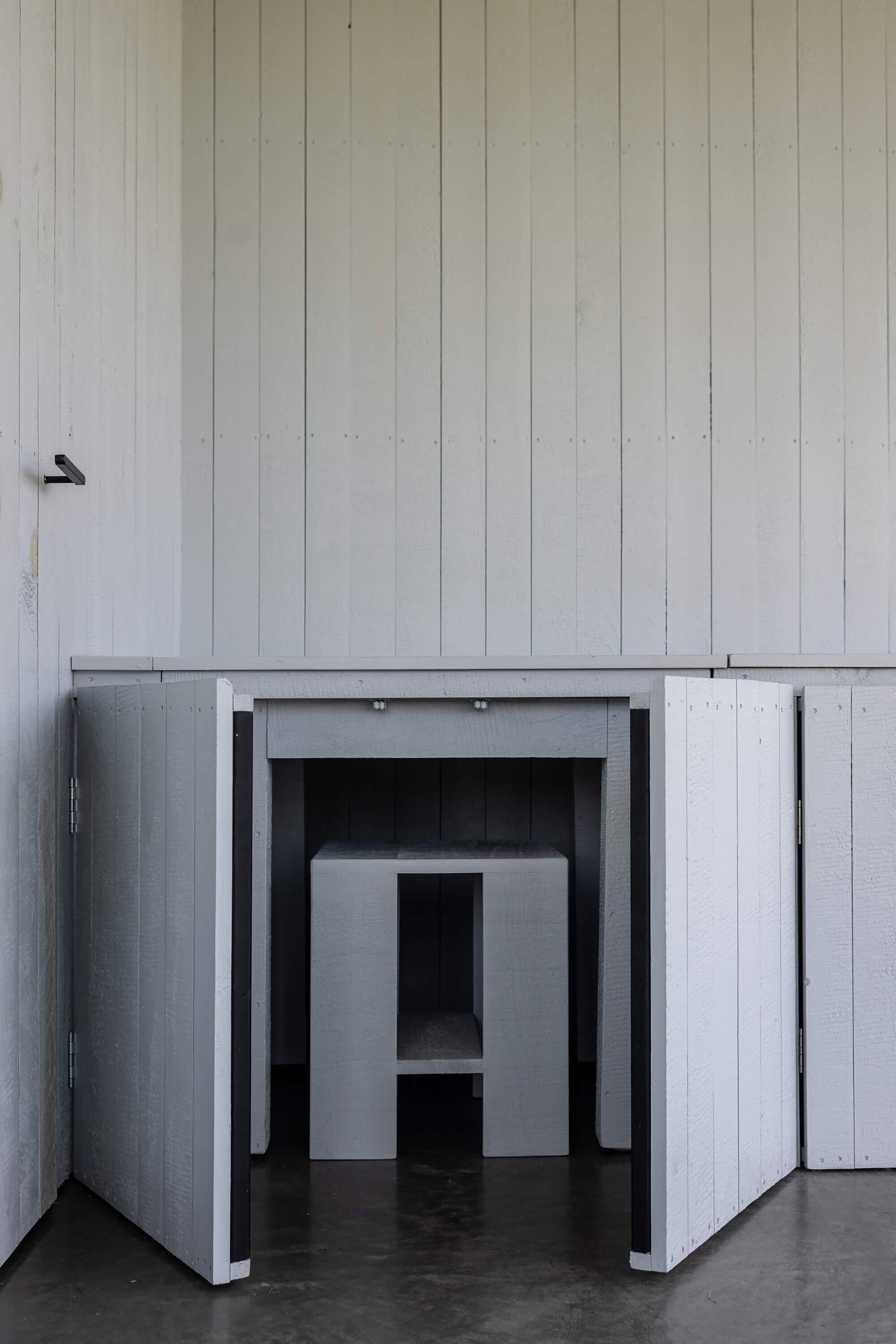 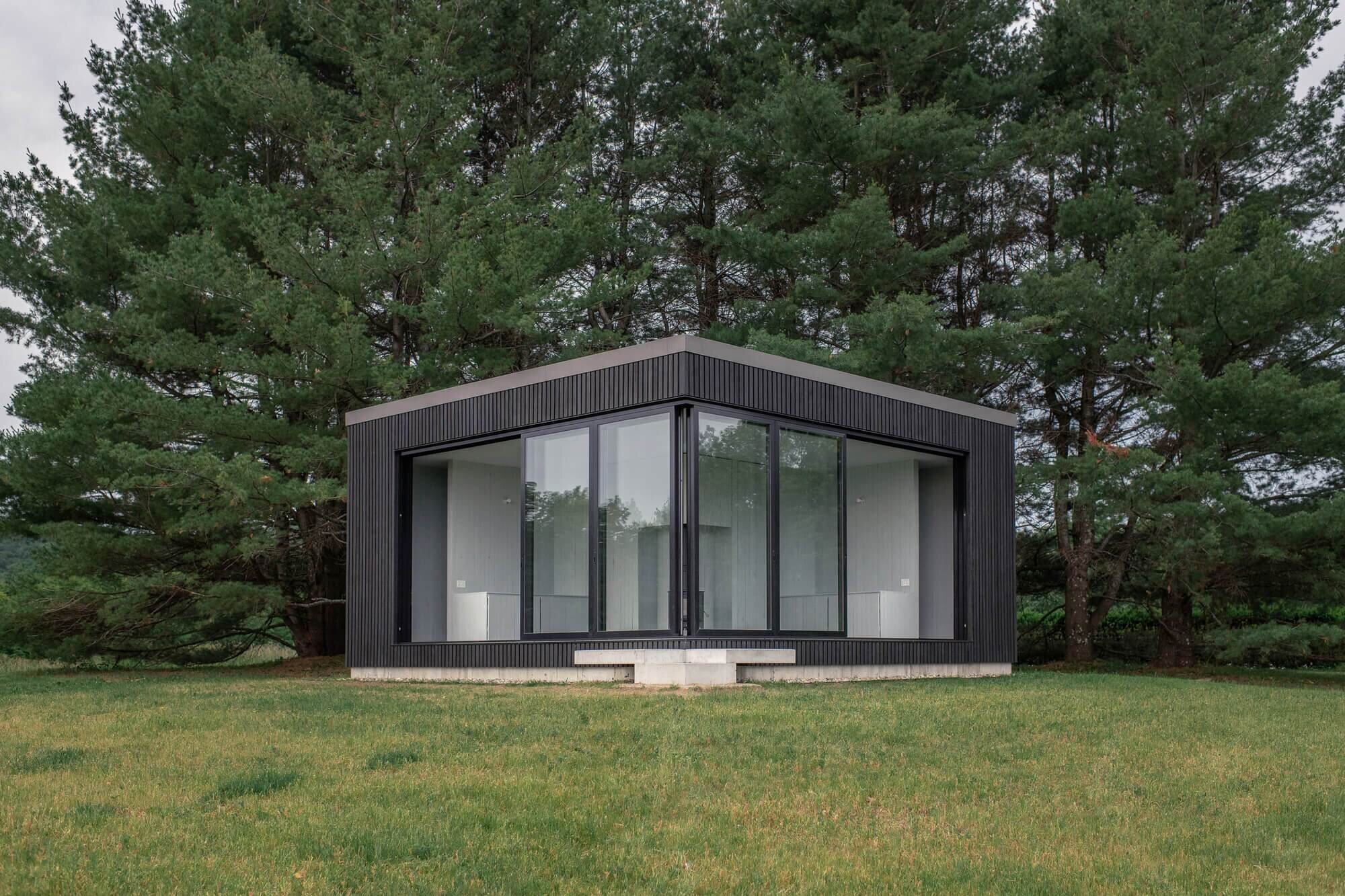 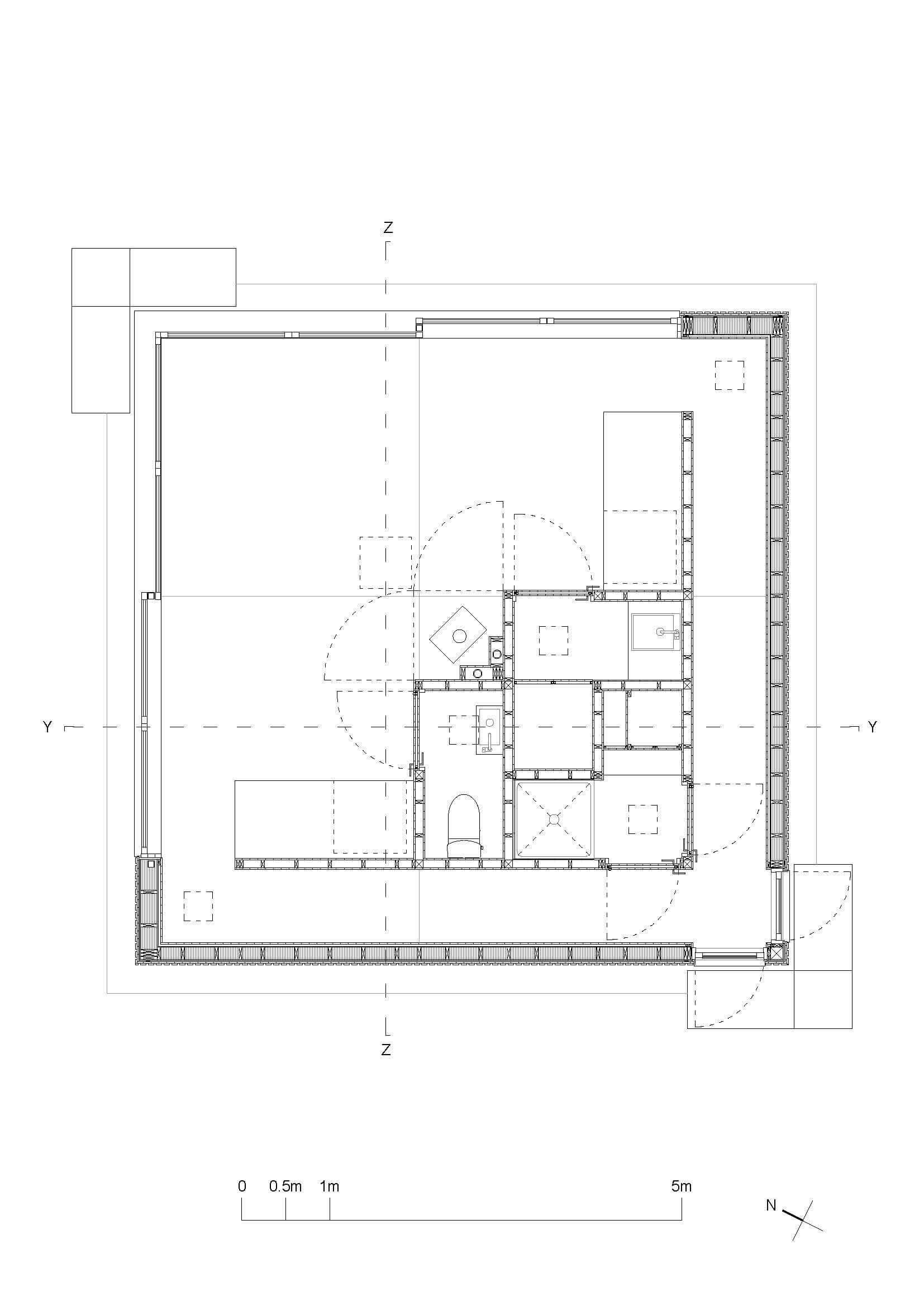 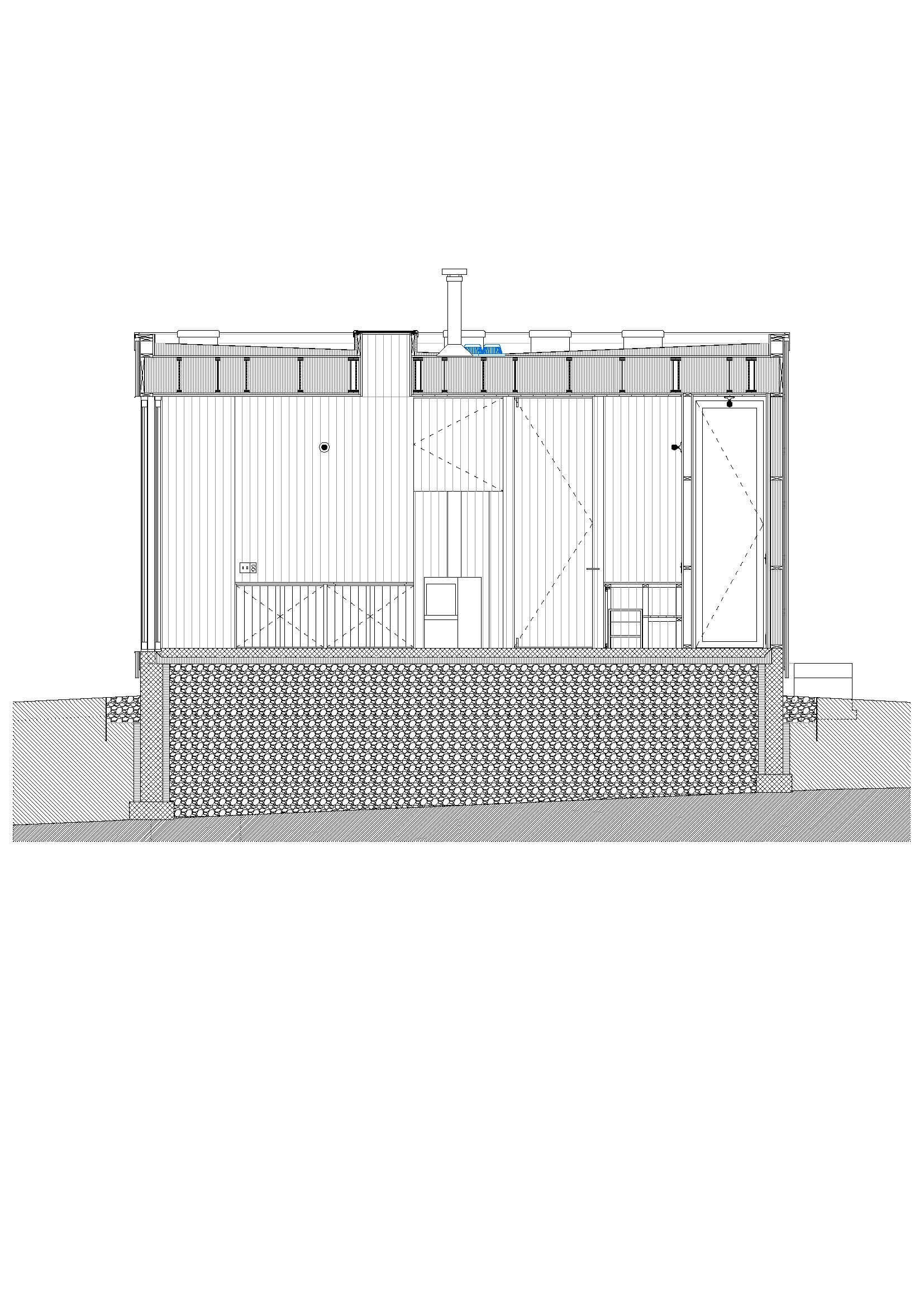 This quiet black box set on the periphery of forest is a replacement for a cabin that once stood in its place. Dubbed Studio, the building can be found in an open field on the owner’s land in the state of Vermont, in the USA. 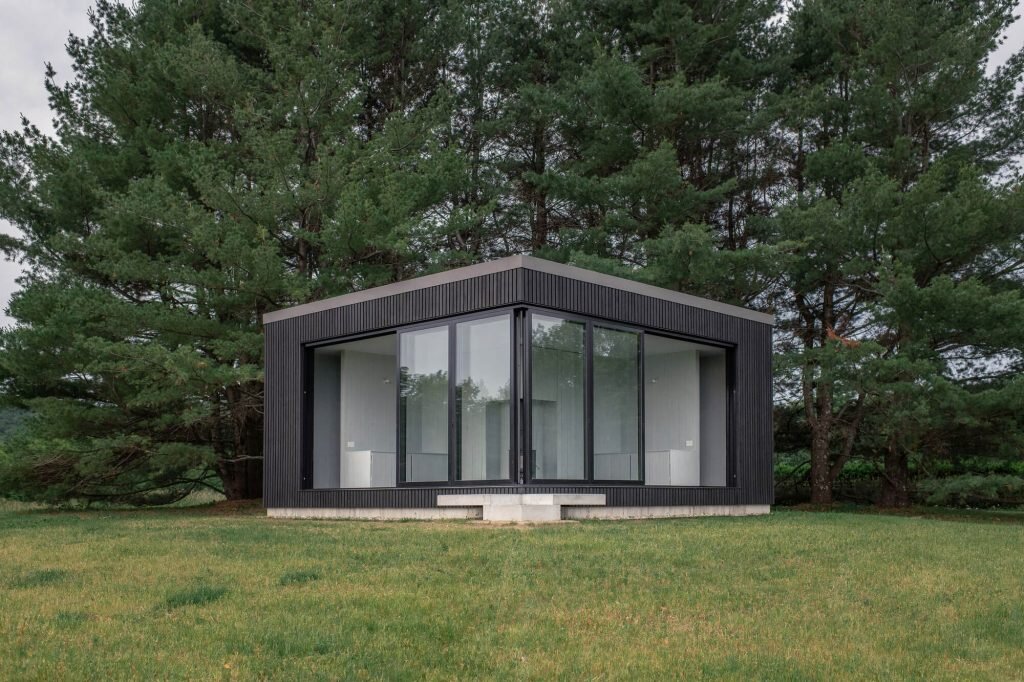 The project, which was completed in 2018, was taken on by local architecture firm, Metabaukunst. With Daisy Jacobs acting as lead architect, and Trumbull Nelson Construction as contractor, they were able to create a contemporary retreat that nestles in quietly against the backdrop of pine trees. 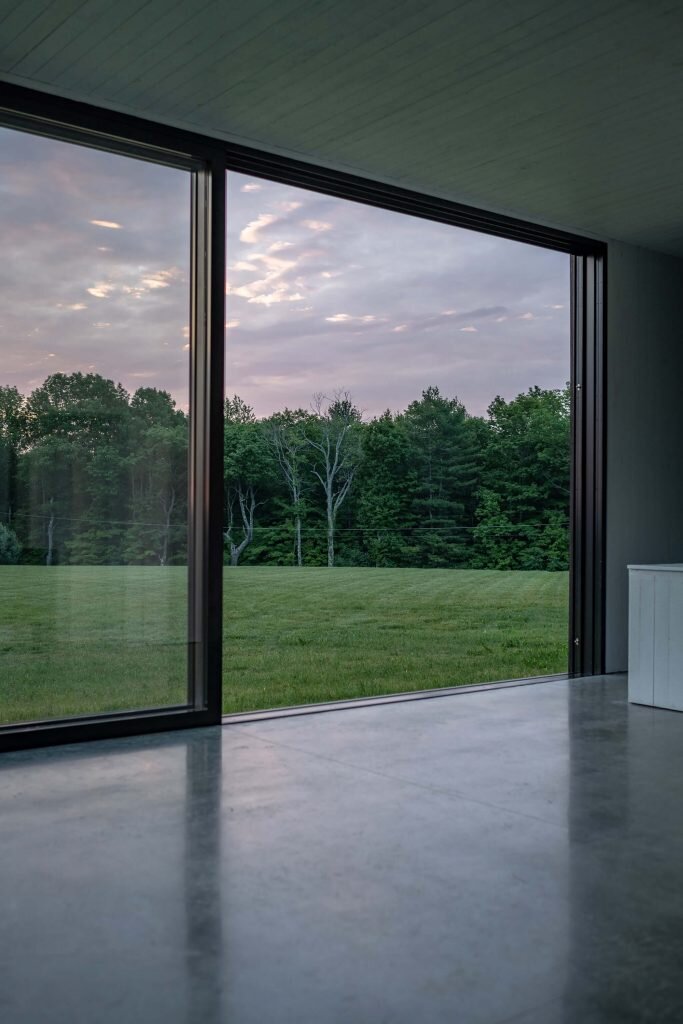 The Studio has a 592.01-square-foot (55-square-meter) footprint. The front facades of the building are mostly glazed thanks to the presence of two large sliding patio doors. The glazing gives way to the wall cladding, vertical slats of timber that have been finished in black. 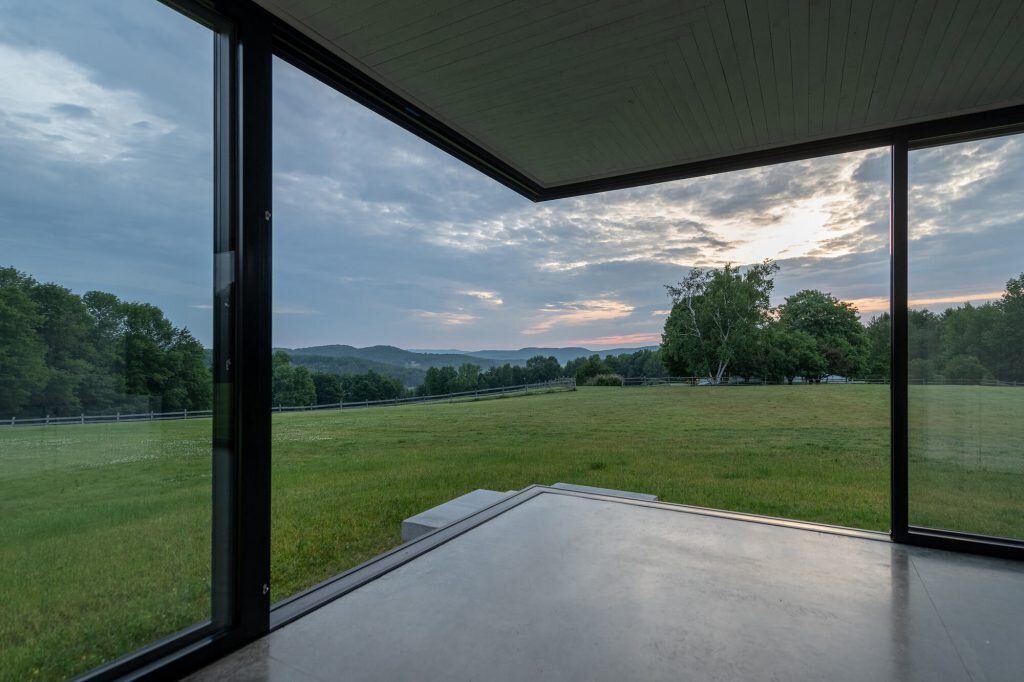 The patio doors lead through to the studio’s main room. It’s kitted out with storage cupboards, but is mostly left empty, allowing the occupant(s) to decide how to best make use of the space. A series of partition walls carve out a room for a toilet and sink.

The concept of the Studio picks up and enforces the transition from the protective pine trees towards the wide opening into the landscape. – Metabaukunst 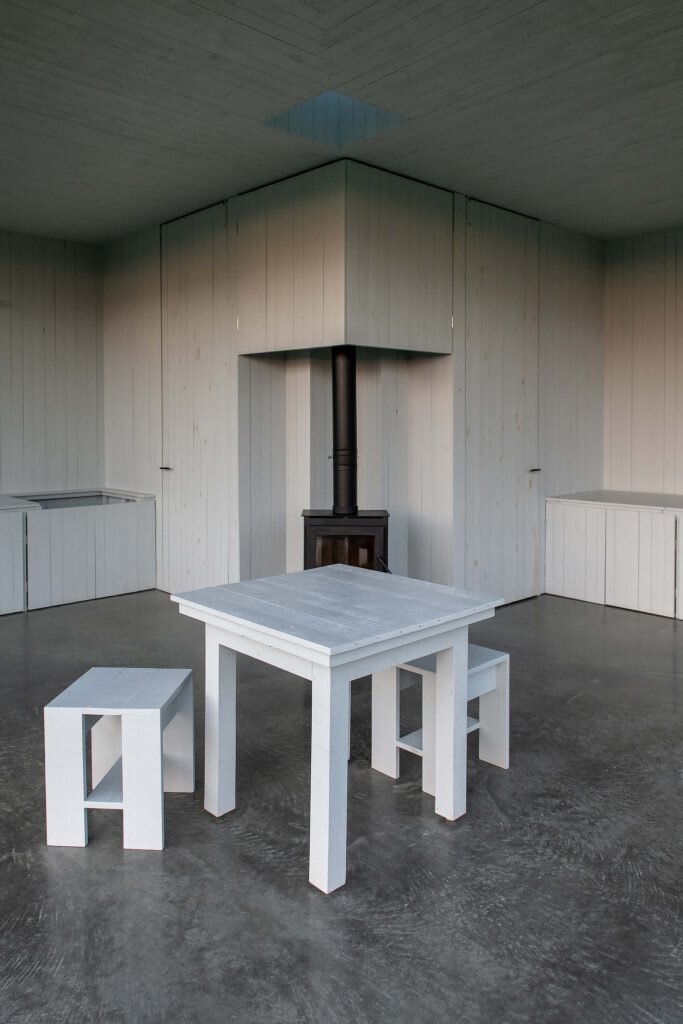 Sideboards can be used to create daybeds, tables, or storage space – continuing the theme of allowing the occupant to customize the space. The entire studio is heated by a single wood burner found under an inset that backs onto the partition walls of the toilet and sink.

The simple materiality and its little processing reflect the basic and handmade quality of the space. 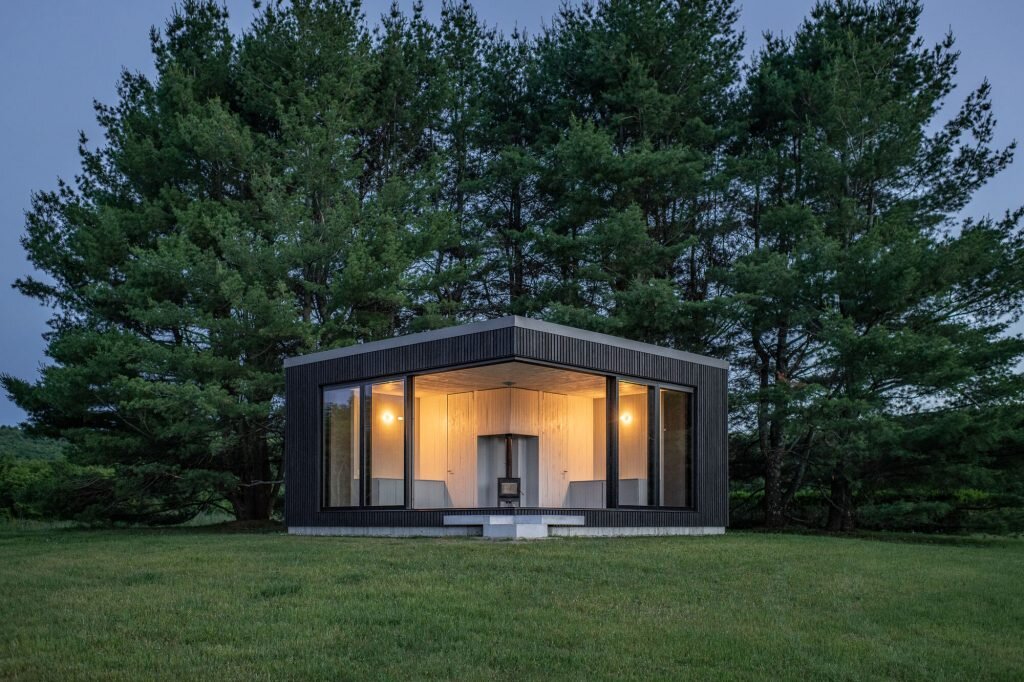 According to the architects, the studio is to be used by writers and artists as part of a scholarship. The original cabin which this one replaces, was also moved to a new site next to a swimming pond, where it is used as a bath house. 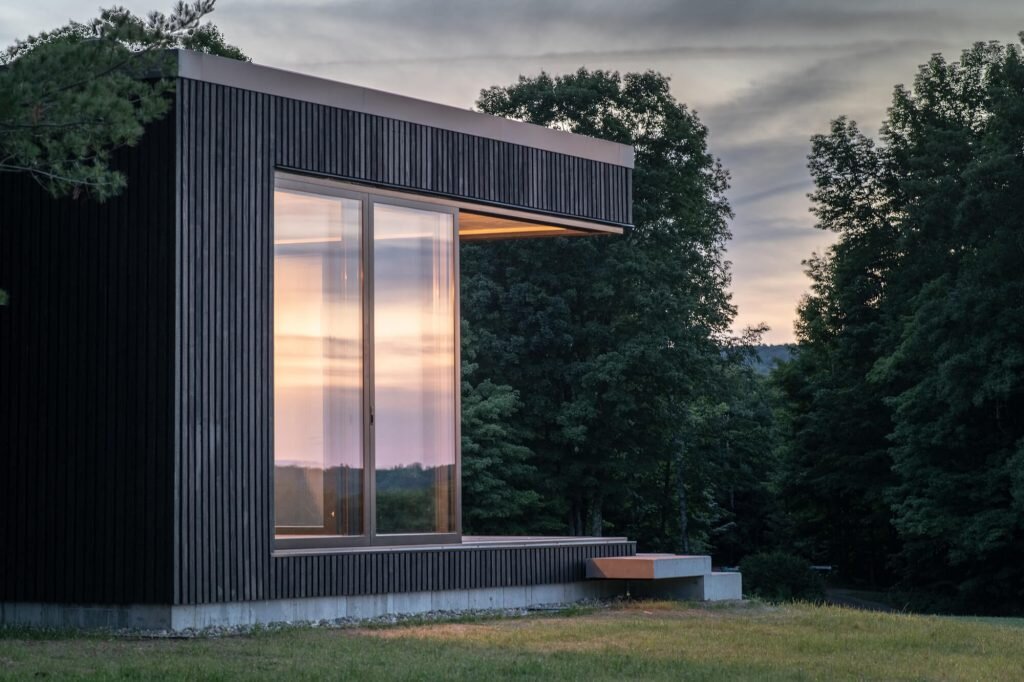