This unusual structure is actually a “grooming retreat”. It’s been designed by the Spanish firm Gartnerfuglen, and can be found on the Belearic Islands. It was created for a young professional who moved back to her home town to take up the family agricultural business. 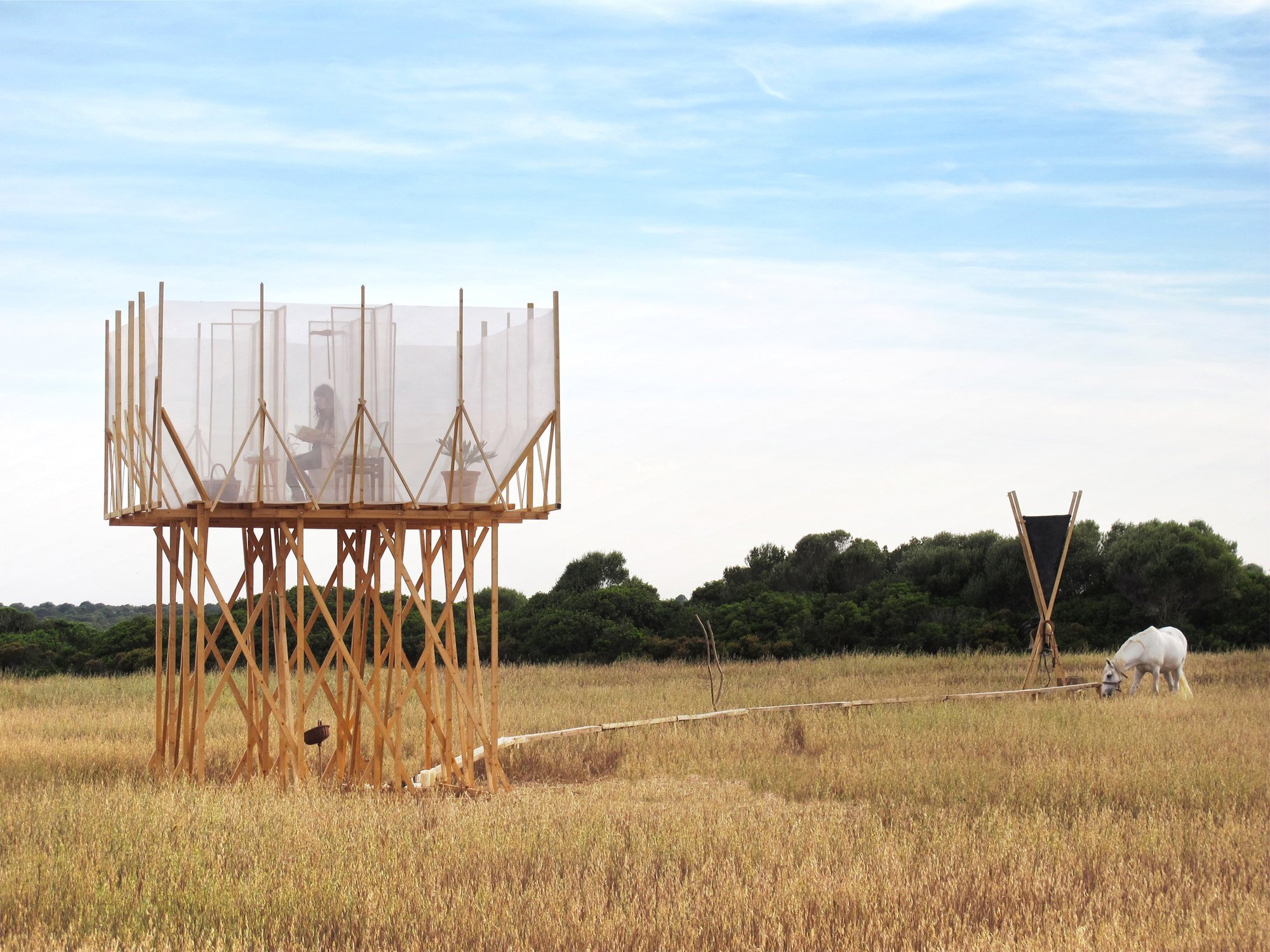 Completed in 2014 he retreat serves as a space for grooming, and contemplation. It’s to be used as a place of mental and corporal cleansing, attempting to “gain back the time devoted to one self that modern times has taken away”, according to the architects. 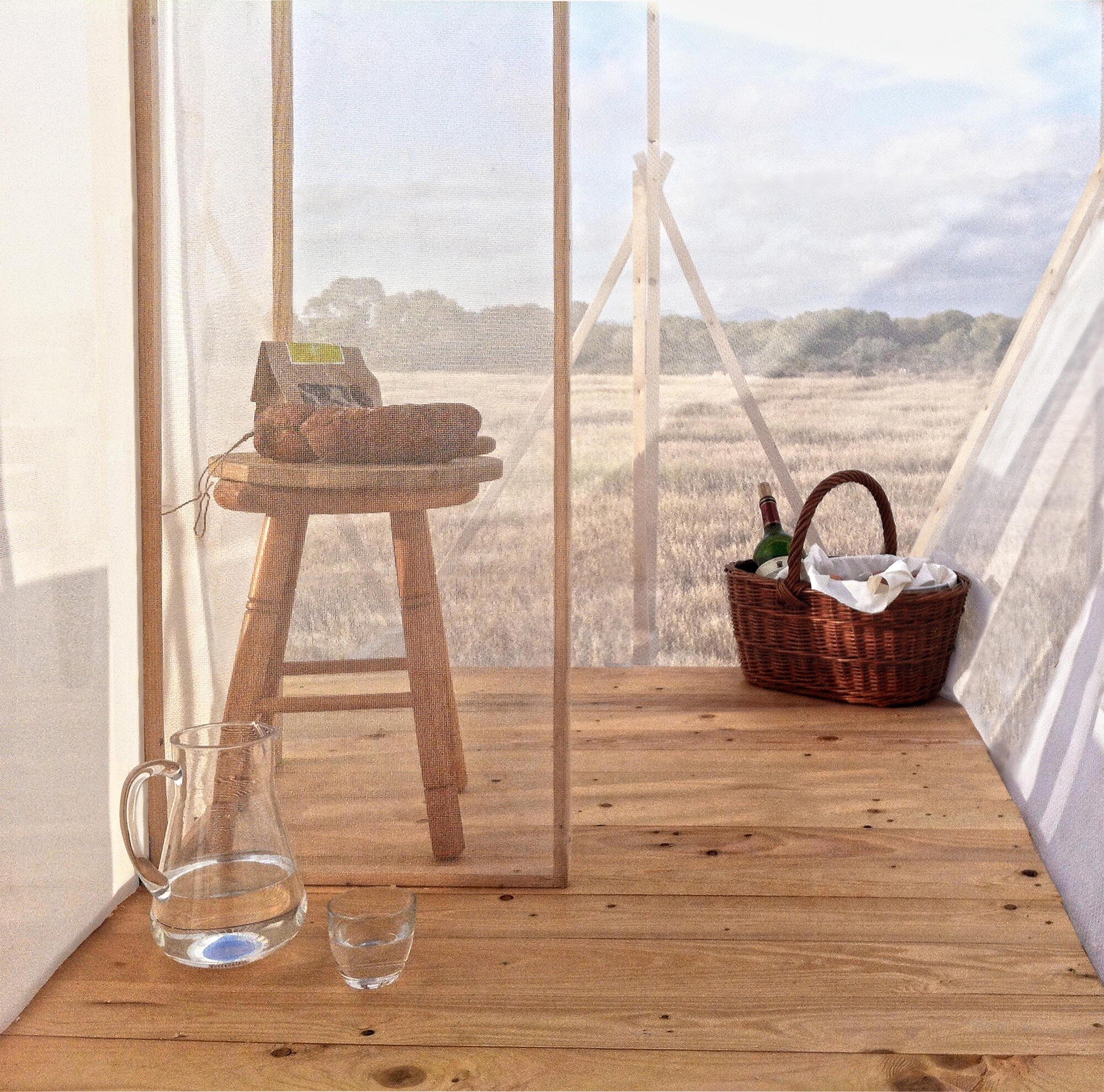 The project contains two main elements: the main structure created for the person, and a separate water tank and manger created for the horse. It’s located in the center of a barley field, surrounded by indigenous bushes and wild olive trees with the Mediterranean sea in the distance, of which the retreat provides elevated views. 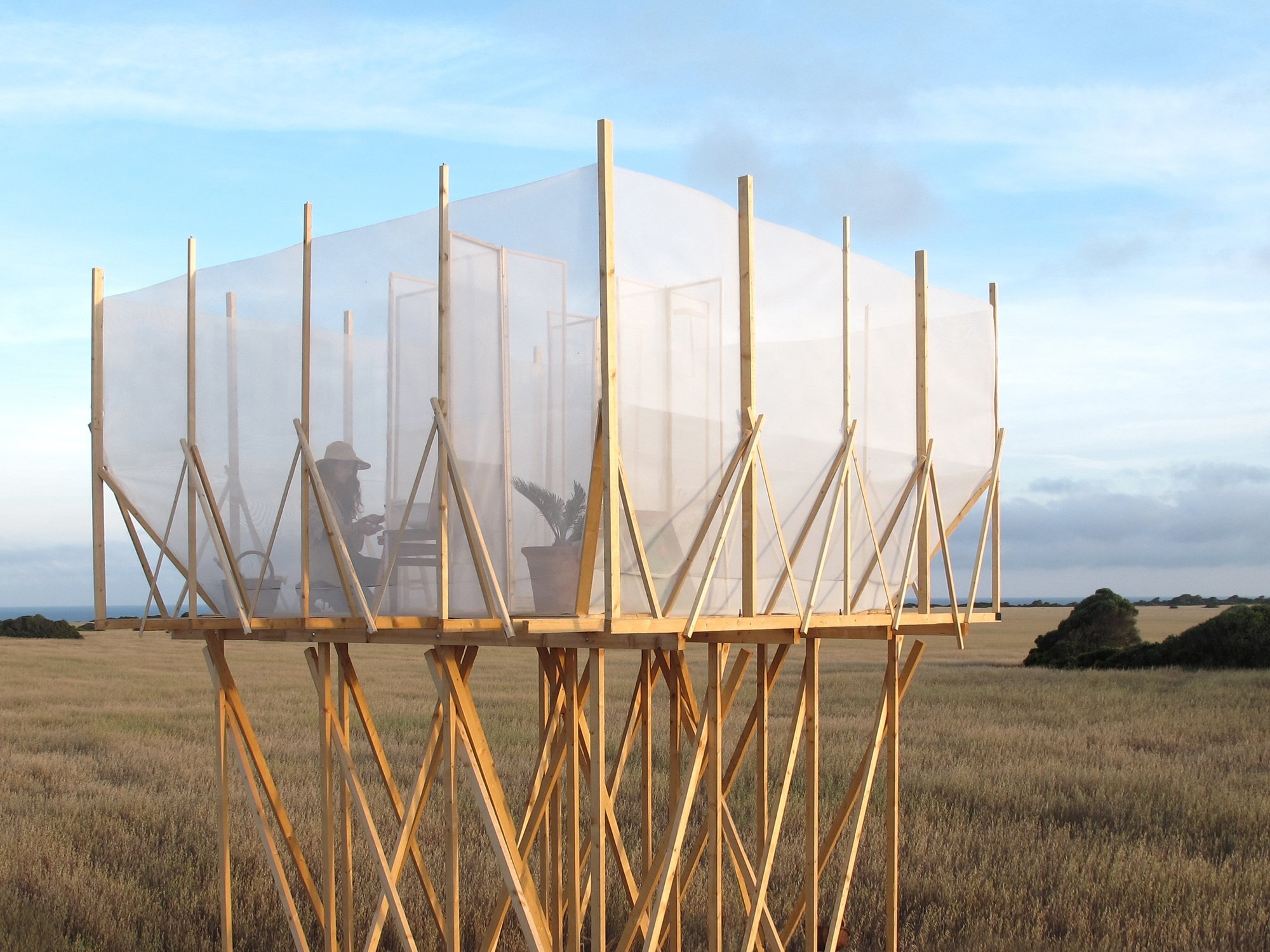 The timber structure is accessed by a hatch on the floor of the raised deck. The space occupies just 10-10 feet (3-by-3 meters) and doesn’t have any solid walls – the aim is to maintain a connection with the surrounding environment, not to separate yourself from it. 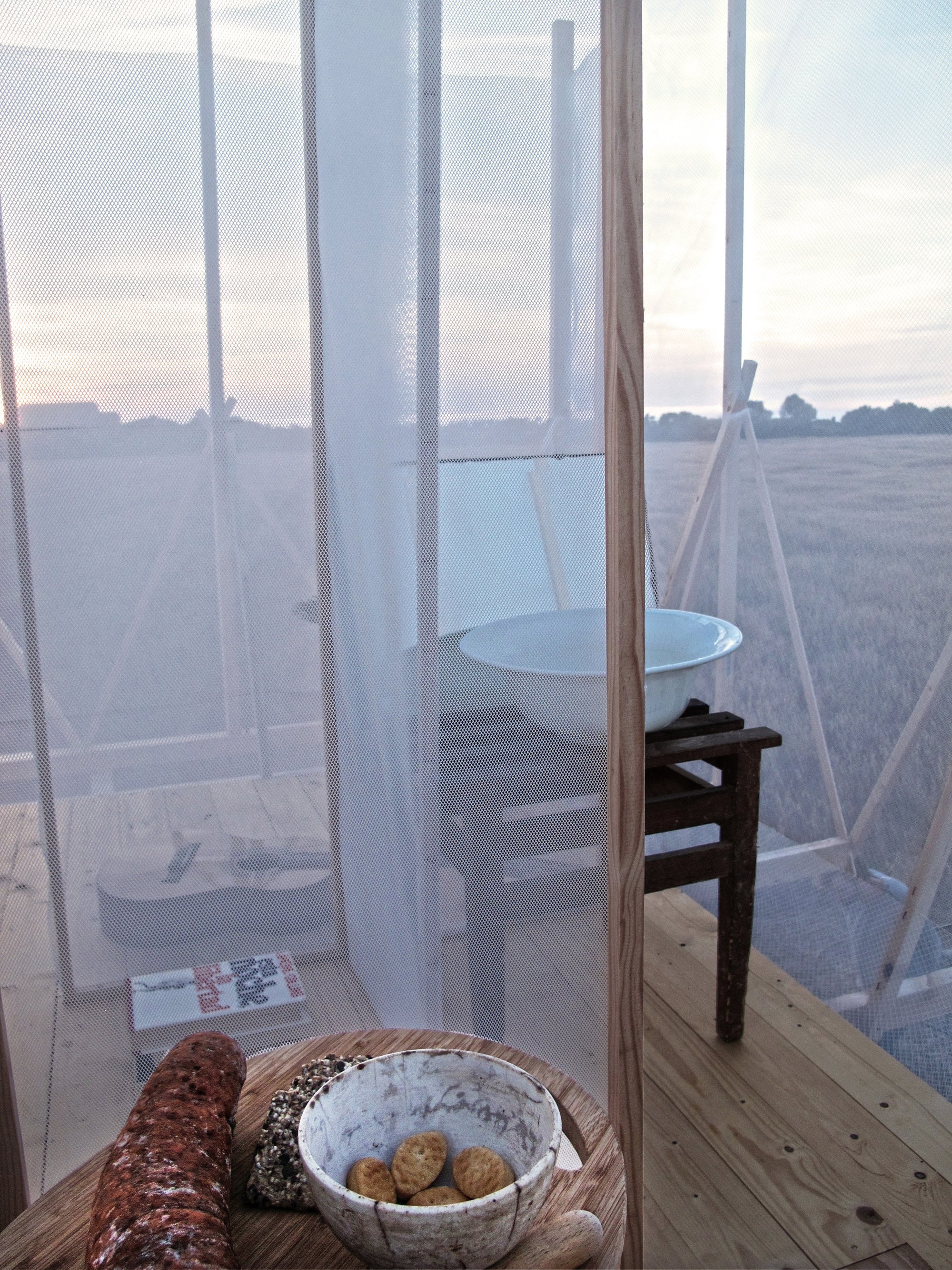 The screen creates a muted experience of the surroundings, but by no means shelters you from the weather. It does however feature different opacities as you travel through the space, thanks to the layering of the screen. The wood for the structure was sourced locally and built by a number of carpenters. 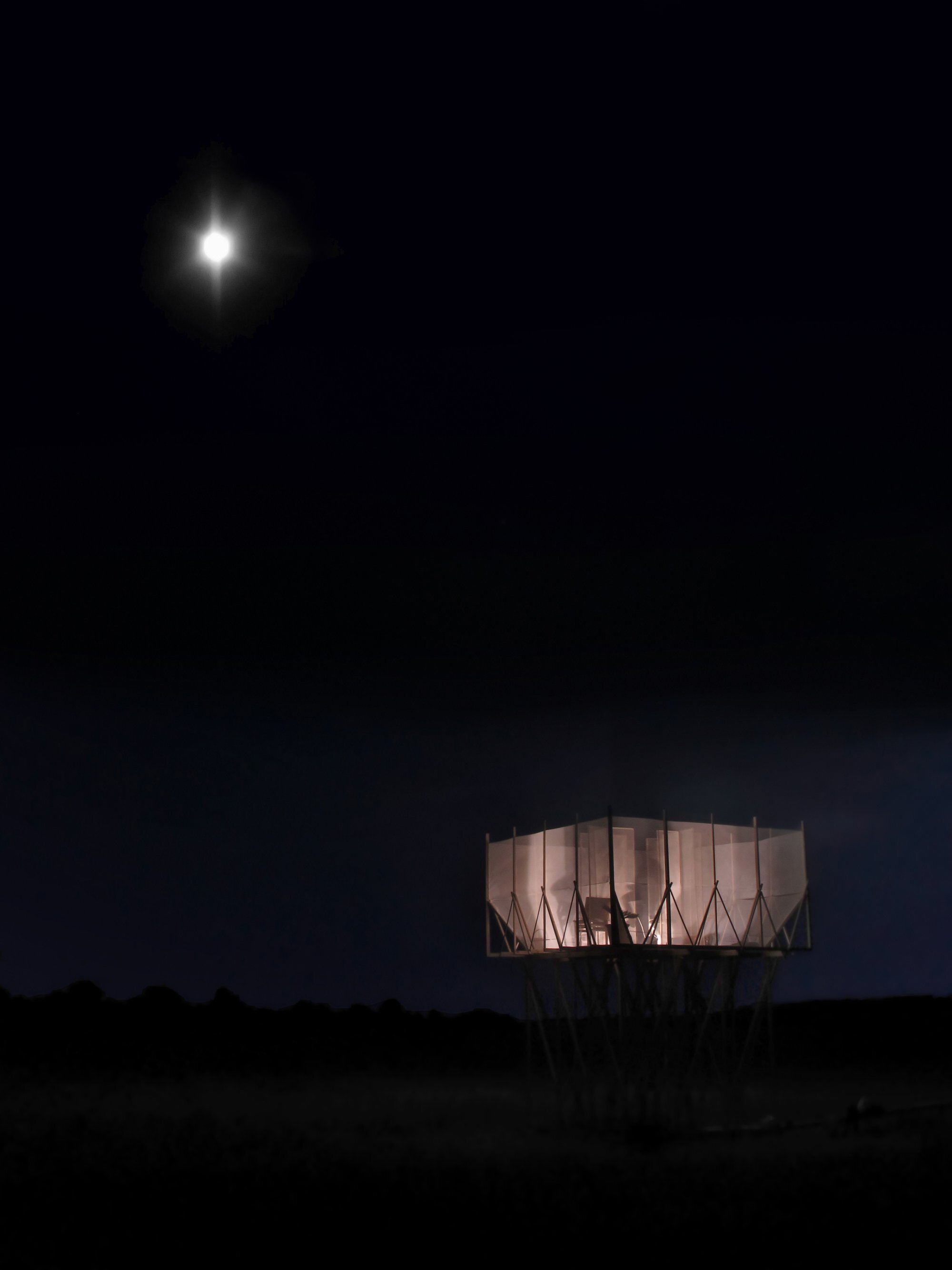 Forgetting about the intended use, the structure is interesting in both its form and composition. It’s not unlike many “treehouses” which make use of stilts to support themselves, and create bridge between the natural and man-made environments.

For more retreats check out the Polygon studio, a tiny house that serves as a guest house and an artists studio. Or, this modern industrial building in Denmark by Vipp. See all retreats.

Juniper House - A Camouflaged Small House on the Island of Gotland

GOT A QUESTION? [email protected]OMES.COM | All rights reserved © 2020 Humble Homes