Dubbed the Spiral Window House by its creators, this matt black family home can be found in Osaka, Japan. The owners contacted the Kyoto-based architecture firm, Alphaville Architects, to create a modern home on a relatively small site that would take advantage of its proximity to the Yodo River. 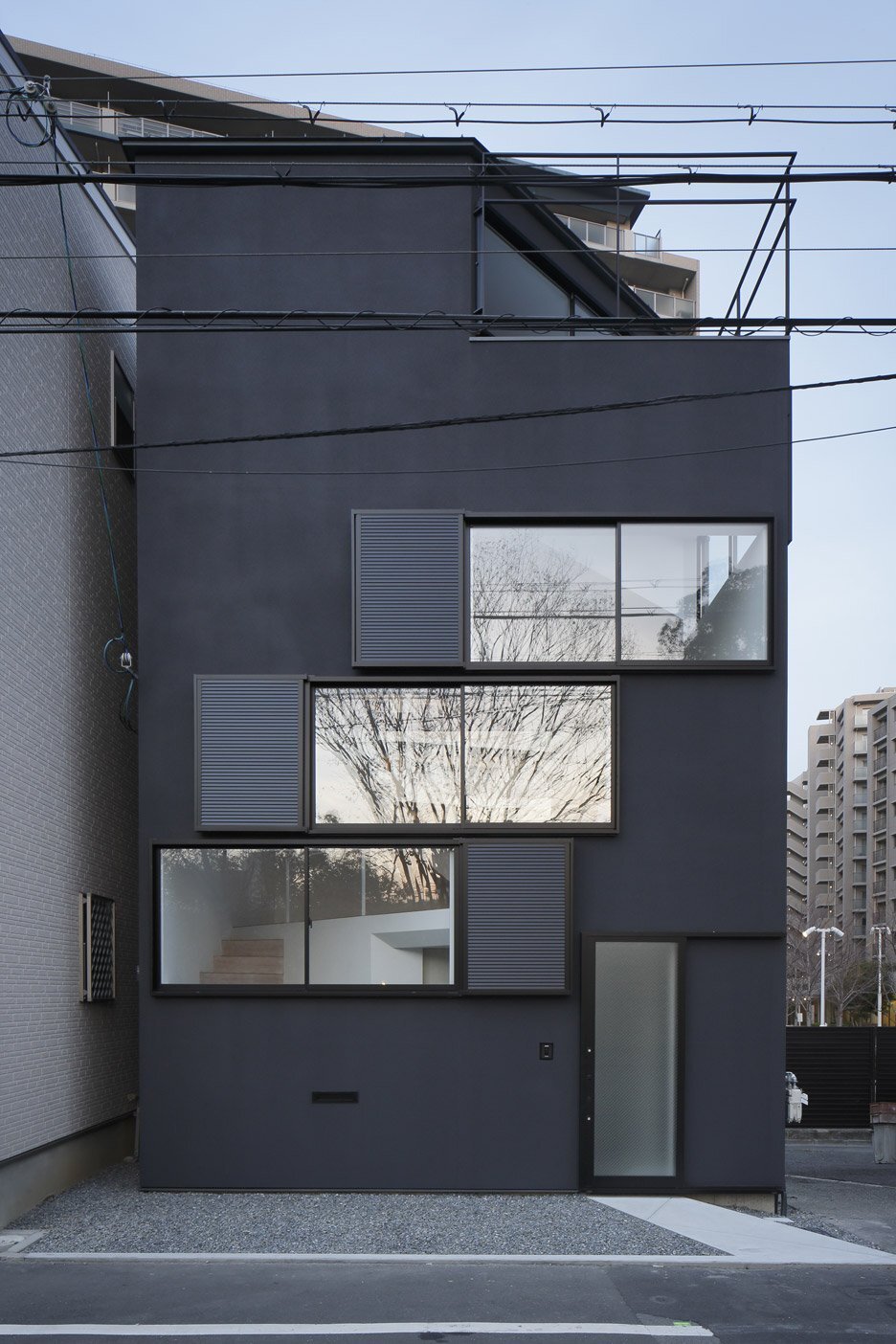 The house features long horizontal windows that spiral around the façade in a stepped fashion. The windows create a variety of viewpoints of the immediate cityscape and the Yodo River. The staggering of the windows also has the effect of providing privacy for the inhabitants and their neighbors opposite them. 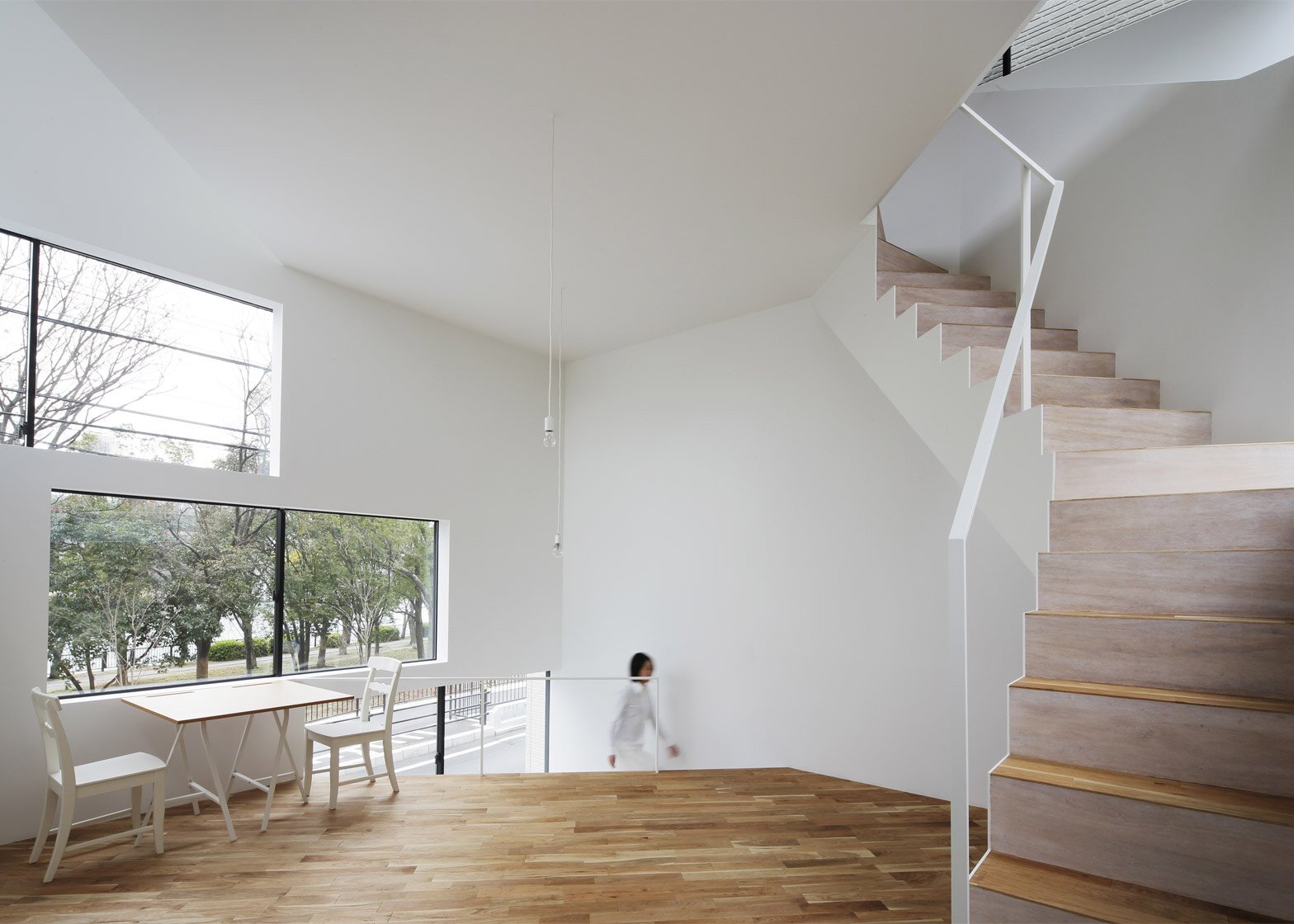 According to the architects, the rooftop terrace was also one of the key aspects to the design. It now serves as a relaxing spot to look over the city, river, and an annual fireworks competition. Unlike the exterior, the interior has been painted a bright white. 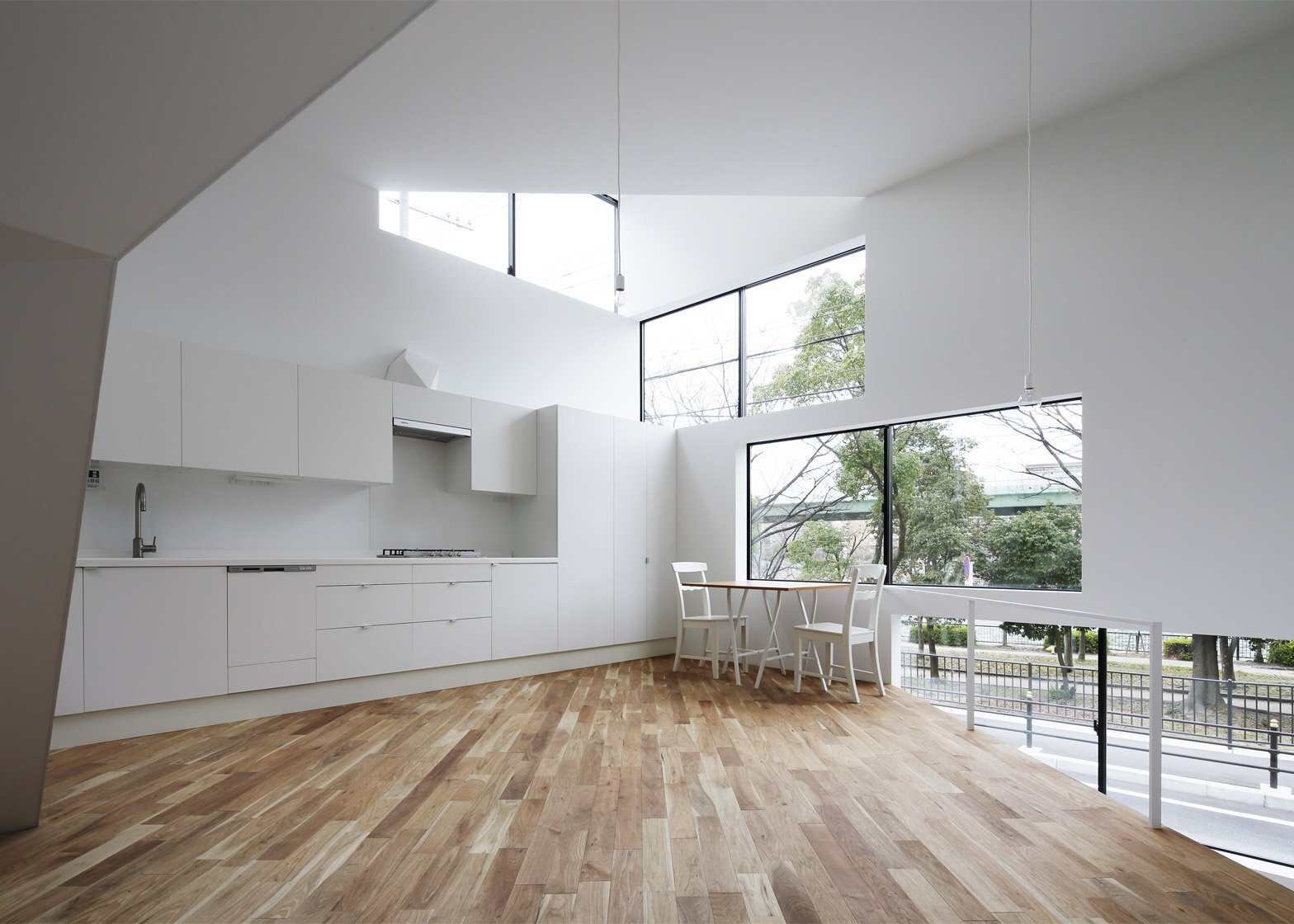 The inside contains a total of three floors. The first floor contains the master bedroom along with the bathroom and washroom. The second floor acts as an open plan kitchen, dining room and living room (although it’s as yet mostly unfurnished in the pictures). 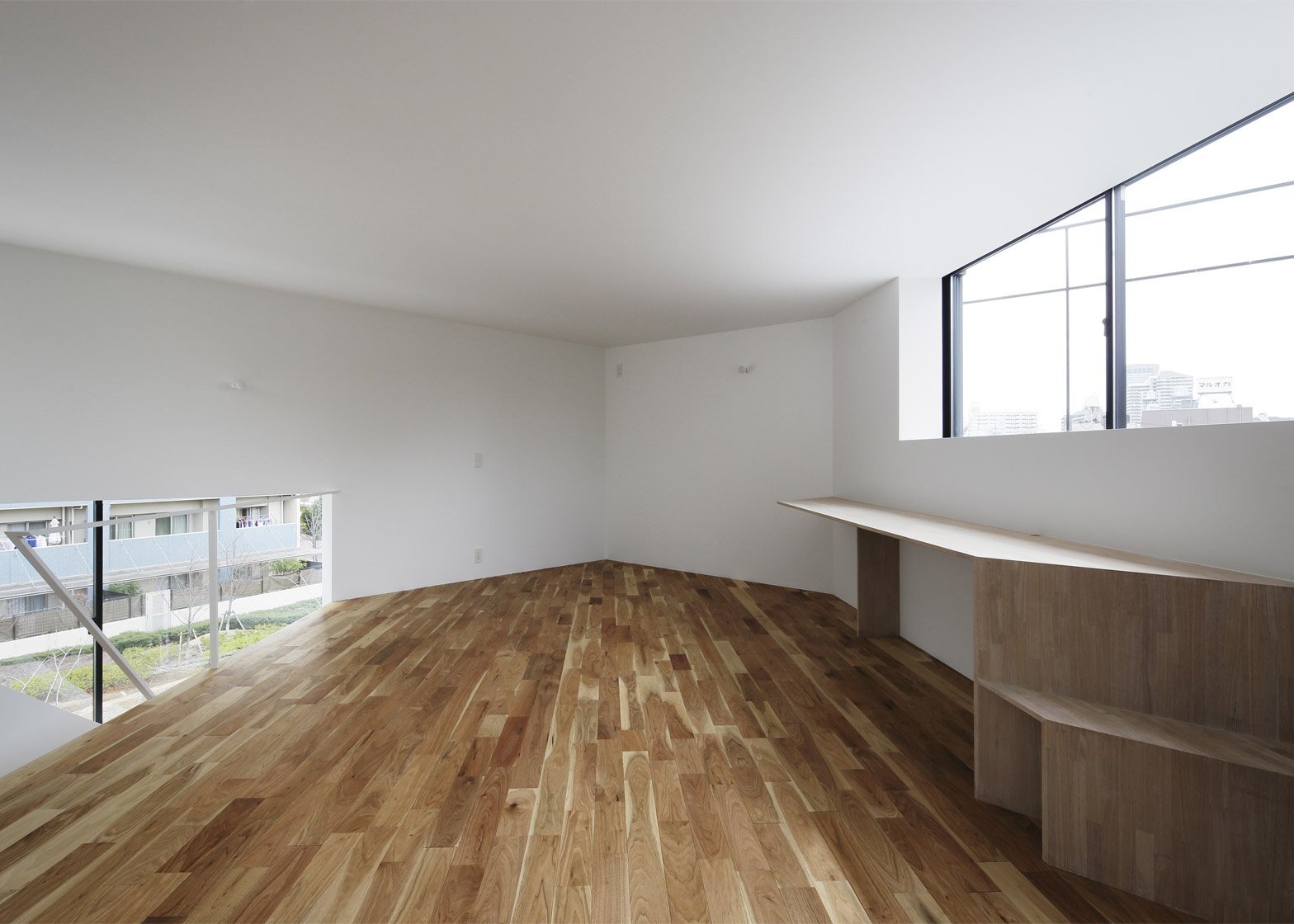 The third floor is taken up by the children’s bedroom. There are two beds, a large study desk and roof access to the terrace. From the architects: “We realised in the centre of the city a living place that has a feeling of freedom, and privacy, not by installing a big window in the centre of the elevation, but by displaying lot of small windows”. 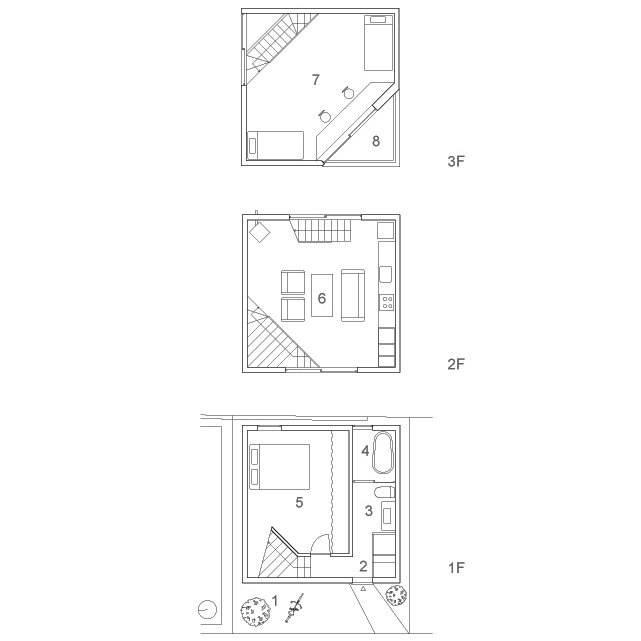 For more Japanese houses check out The Mountain House, a tiny private home squeezed into a tiny lot. Or, the Wooden Box House which mixes personal and professional life. See all Japanese houses.

Tiny Contemporary Cabins Hang Over the Sea in Manshausen Island