This small and stylish apartment is set in Les Corts, a neighbourhood in Barcelona city. The apartment was renovated in 2014 with the design work being carried out by Sergi Pons. Their aim was to transform the apartment into a habitable space for Yuna, the client. 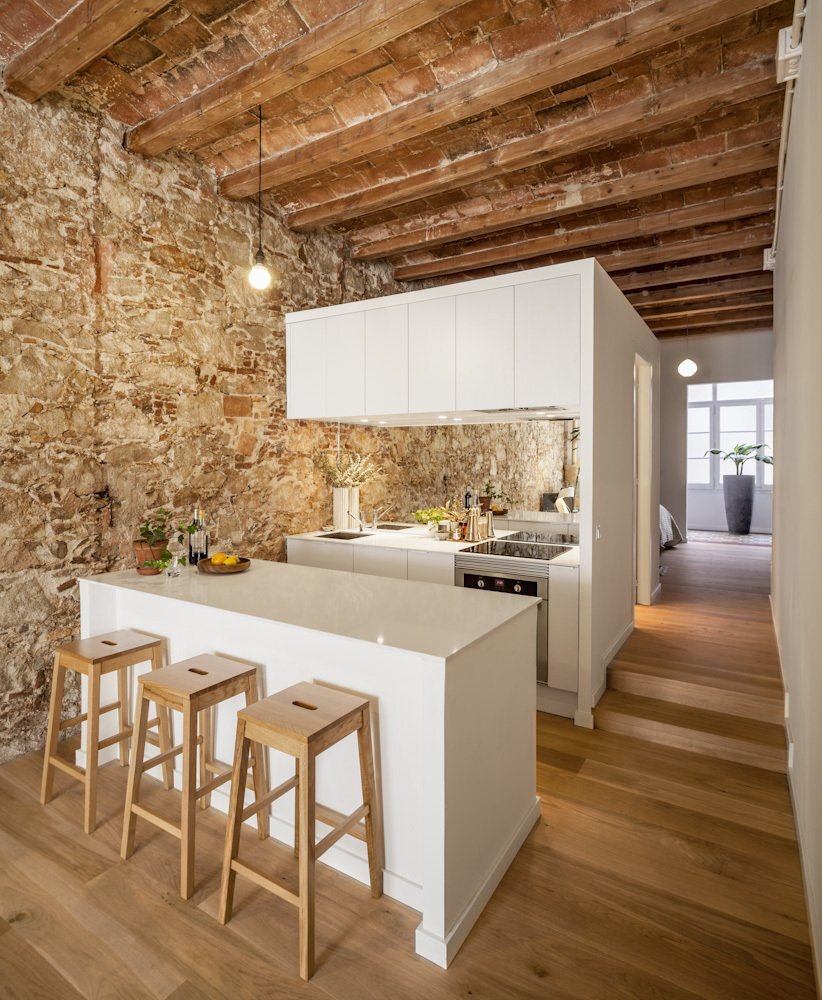 Prior to reconstruction the living space was separated by a cluster of partition walls that formed the rooms and hallways of the home. Sergi Pons decided to remove these partitions to free up the space, and to create a single open plan volume where the rooms are less well defined and flow into one another.

Other aspects like the traditional wood beams and stone features were celebrated and left as they are, maintaining a sense of history. The center contains a “pure white and geometrical cube” which serves as a space for the kitchen and bathroom. 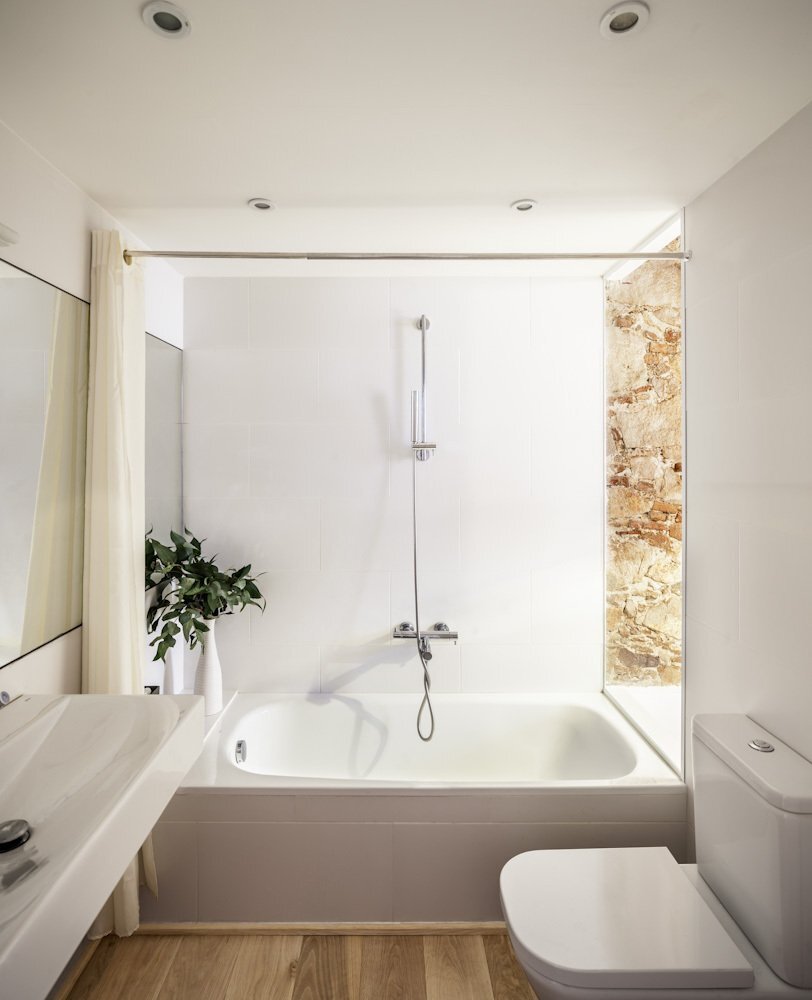 The owner of the apartment, Yuna, is originally from Japan but decided to settle Spain. The contemporary finish isn’t a world away from modern Japanese architecture. The simple no-nonsense interior, exposed natural building materials and bright-white furnishings help to create a bright, comfortable and spacious environment. 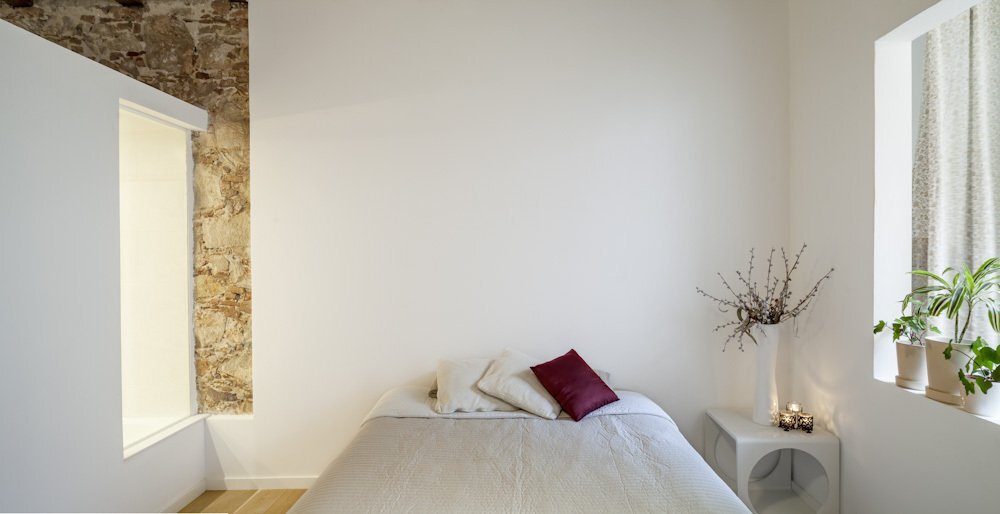 Upon entering the home you’ll be flanked with the main living area, a small dining area, and the homes kitchen which features a breakfast bar. There also appears to be a small study that’s separated from the living area by a privacy curtain.

Travelling beyond the kitchen takes you to the more private areas of the home. The bathroom contains a full bath/shower, toilet and sink. The bath itself looks on through to the bedroom next door. A large storage closet faces the bed, and a rather generous sheltered balcony is accessed via the sliding glass doors.

For more apartments check out this micro apartment in Paris that cost $80,000. Or, this 220 square foot apartment design that’s been approved in San Francisco. See all apartments.

A Tiny House Set On A Lake In The Netherlands