Nestled among the trees of a Bavarian forest in Germany, you’ll find a set of three similar small, darkly-clad houses. The houses were designed by the architecture studio Format Elf Architekten, and look to be around 600 square feet in size. 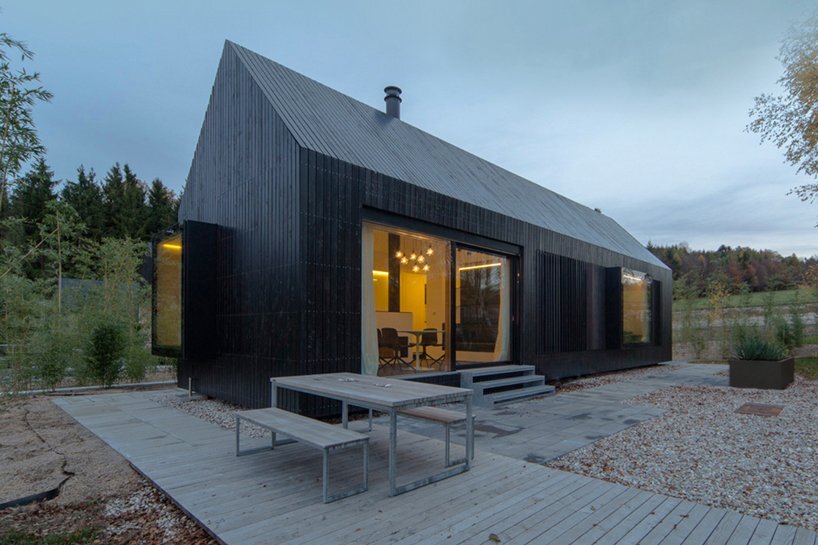 All the houses contain a central theme; they are all accessed by long pathways, and sit on a hill that overlooks the surrounding landscape. They’re also very similar in appearance – they’re all clad in a dark timber – but apparently feature different materials, presumably on the interior. 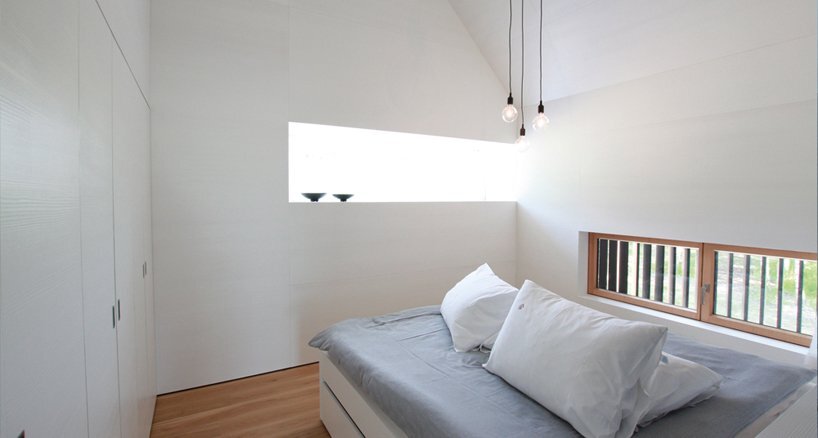 The overall form of the houses take inspiration from the “elementary cottage” and the “longhouse”. The saddle roof has been exaggerated from that of the quintessential cottage, and the long, somewhat narrow footprint is adopted from the longhouse. The overall effect is a structure not unlike that of a barn, albeit on a much smaller scale. 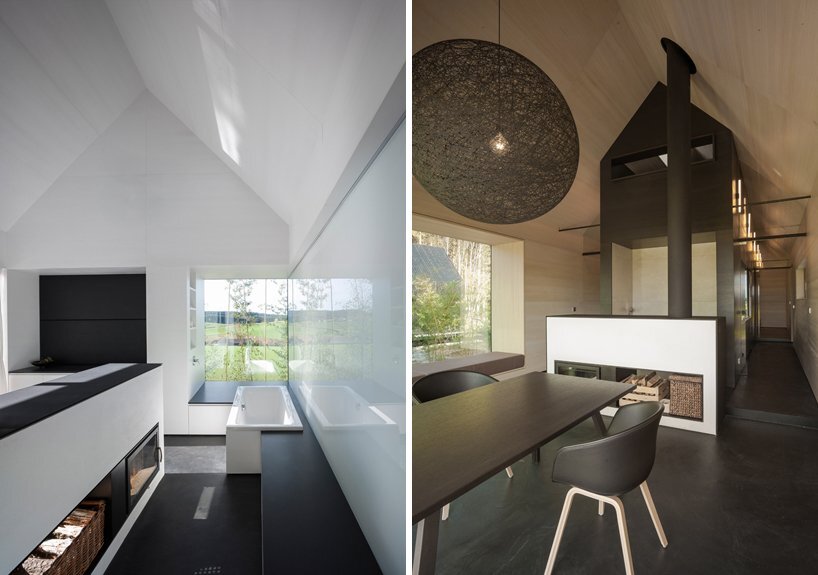 Format Elf Architekten aimed to create a series of houses that were both distinctive and elegant, but not oppressive in the natural environment, and the black cladding is intended to help camouflage the structures against the backdrop of the forest. 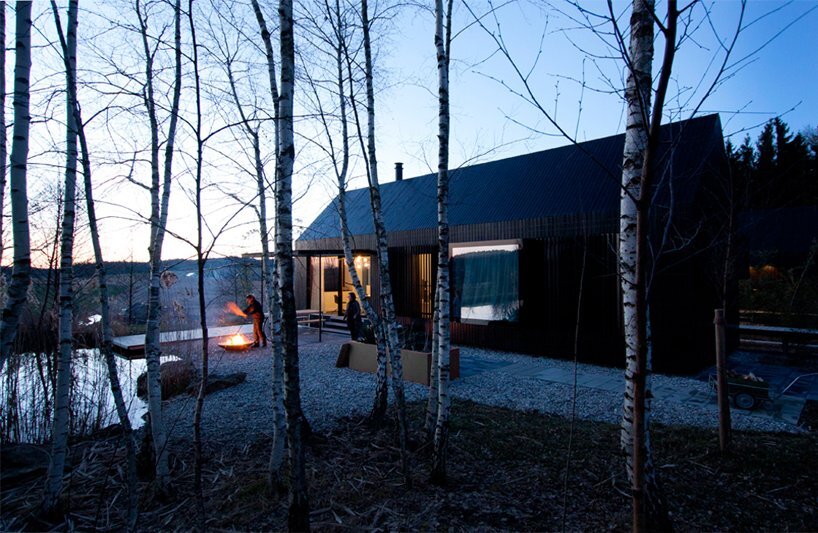 While only a few pictures of the interior have been released, it looks like they’ve gone for a minimalist interior. The walls and ceiling are finished in the same material throughout (either wood, or drywall), and the windows have been arranged so as to provide snapshots of the exterior.

For more small houses check out the DOM XS, a small modern house from Poland that costs about $43,000. Or this small winter cabin by by MC2 Arquitectos that features a fully glazed wall, from floor-to-ceiling. See all small houses.

Treehouse Solling – A Modern Retreat Set Among The Forest