Designed by the Japanese architecture firm, y+M, this small house has been built adjacent to the Noto River which it provides views of from within its walls. Set in the Tokushima Prefecture, the house serves a mixture of needs for the owners, both in terms of function and form. 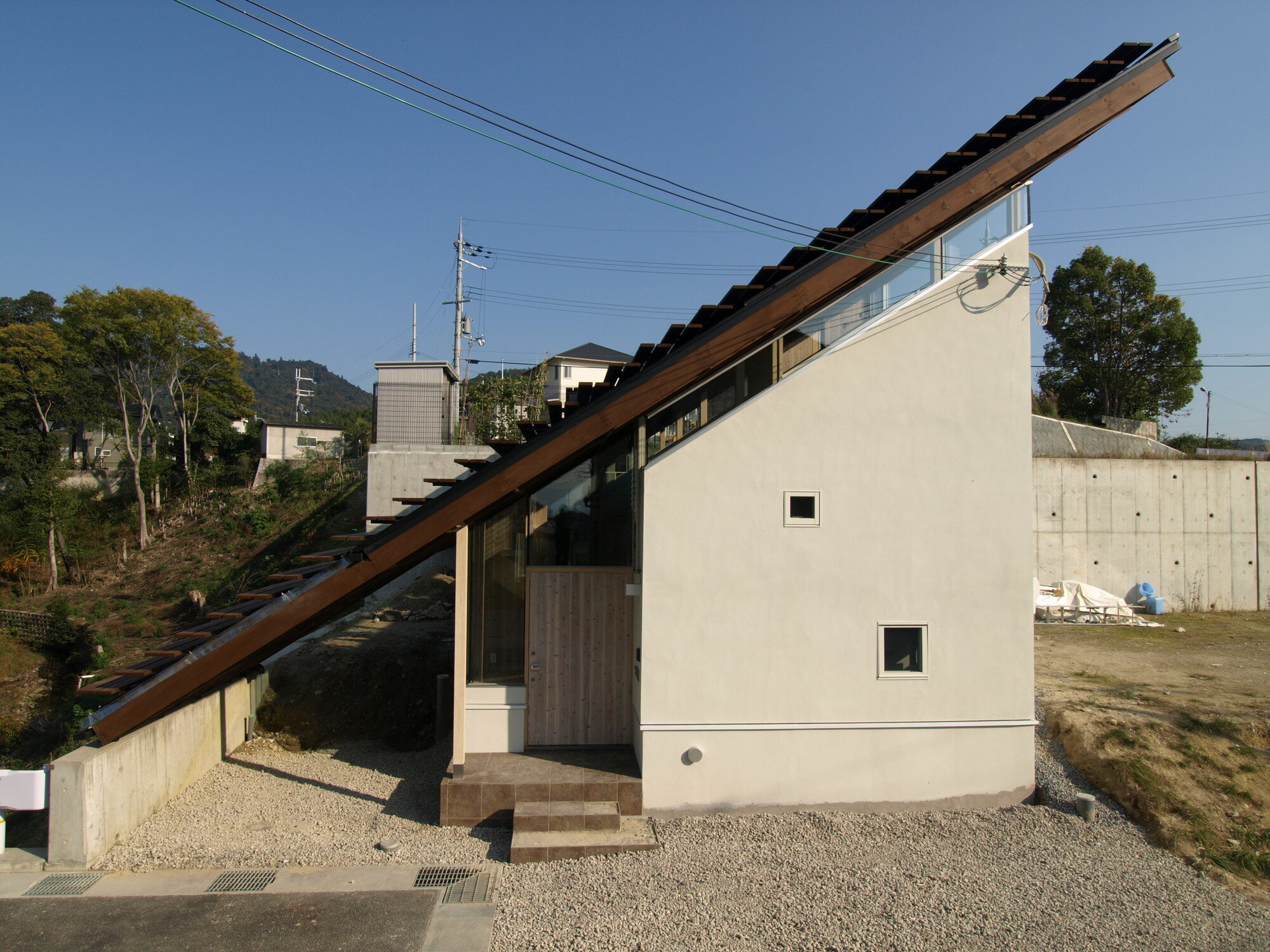 Given its river setting, the architects attempted to incorporate various “lookouts” into the design of the home. Animals, such as deer, often frequent the site, and so it was of importance to the owners to create a space that would be used not only by themselves, but also the local wildlife. y+M’s solution to this was to include an open garden that was available to people and animals alike. 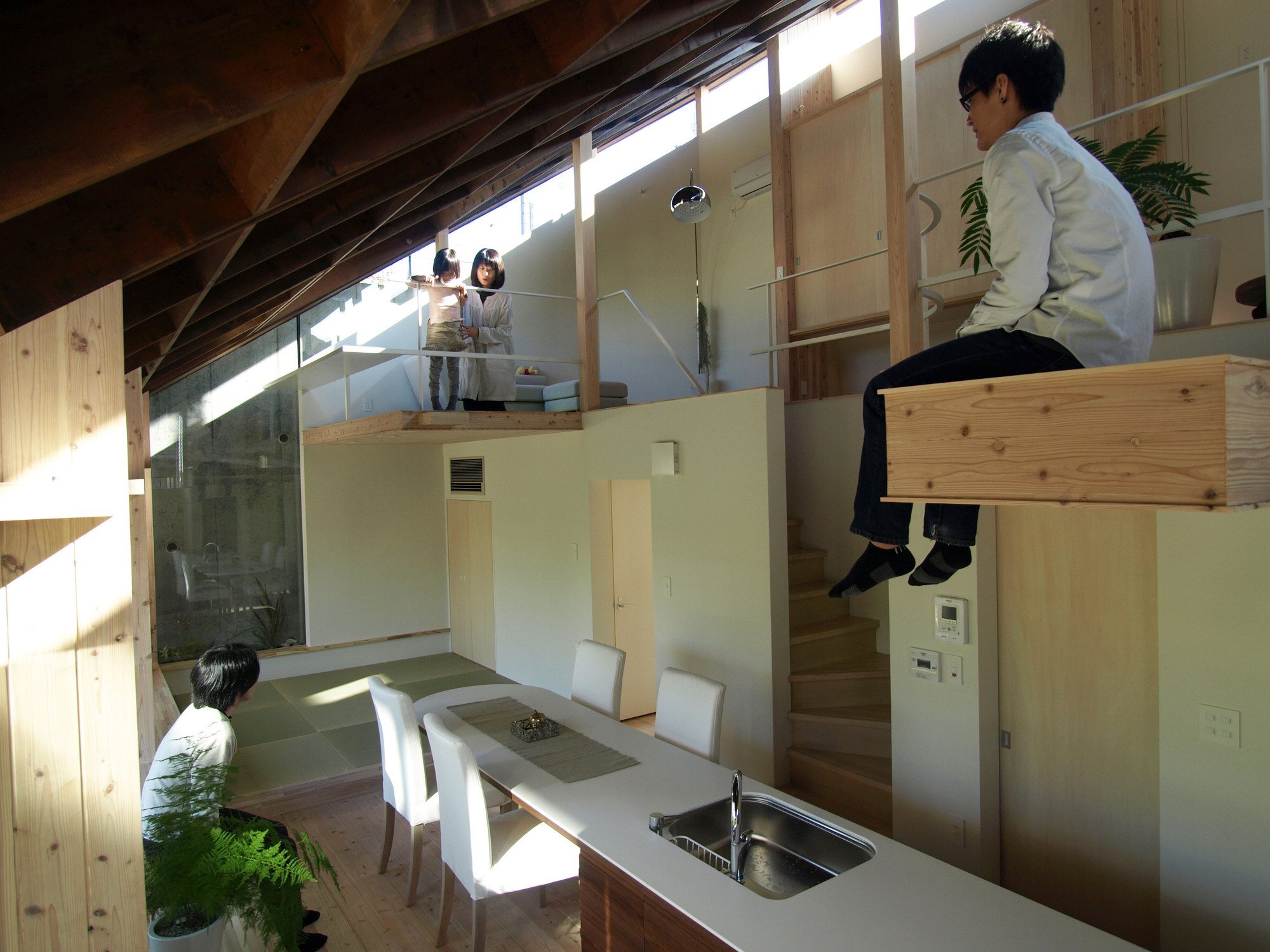 The exterior of the house features a stair-shaped roof that slopes down towards the riverside. The roof serves as a space for the owners and their children to sit, in full view of the river. The generous overhangs also provide a sheltered area on the right hand side of the home, which is probably used as a car parking space. Eave extensions help to control the amount of light, and heat intake throughout the year. 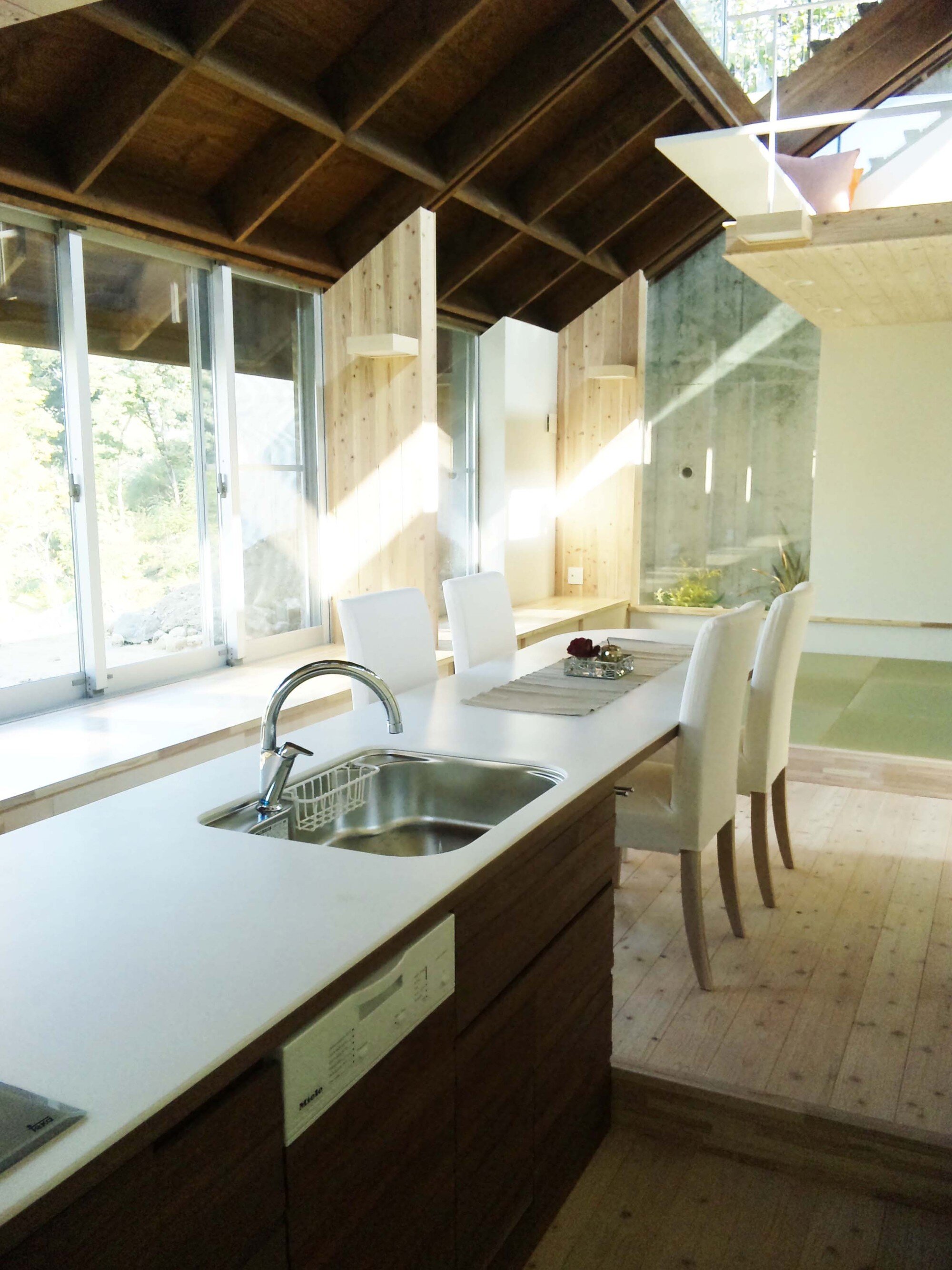 On the inside the house is a mix of dark and light woods, and features both tatami mats and wood floors. The house is split level, with the upstairs being used mostly as a spot for lounging and relaxing. The wall facing the river is glazed along its length, whereas the opposite wall features a few windows, which had been carefully positioned to create views of the outside without compromising privacy. 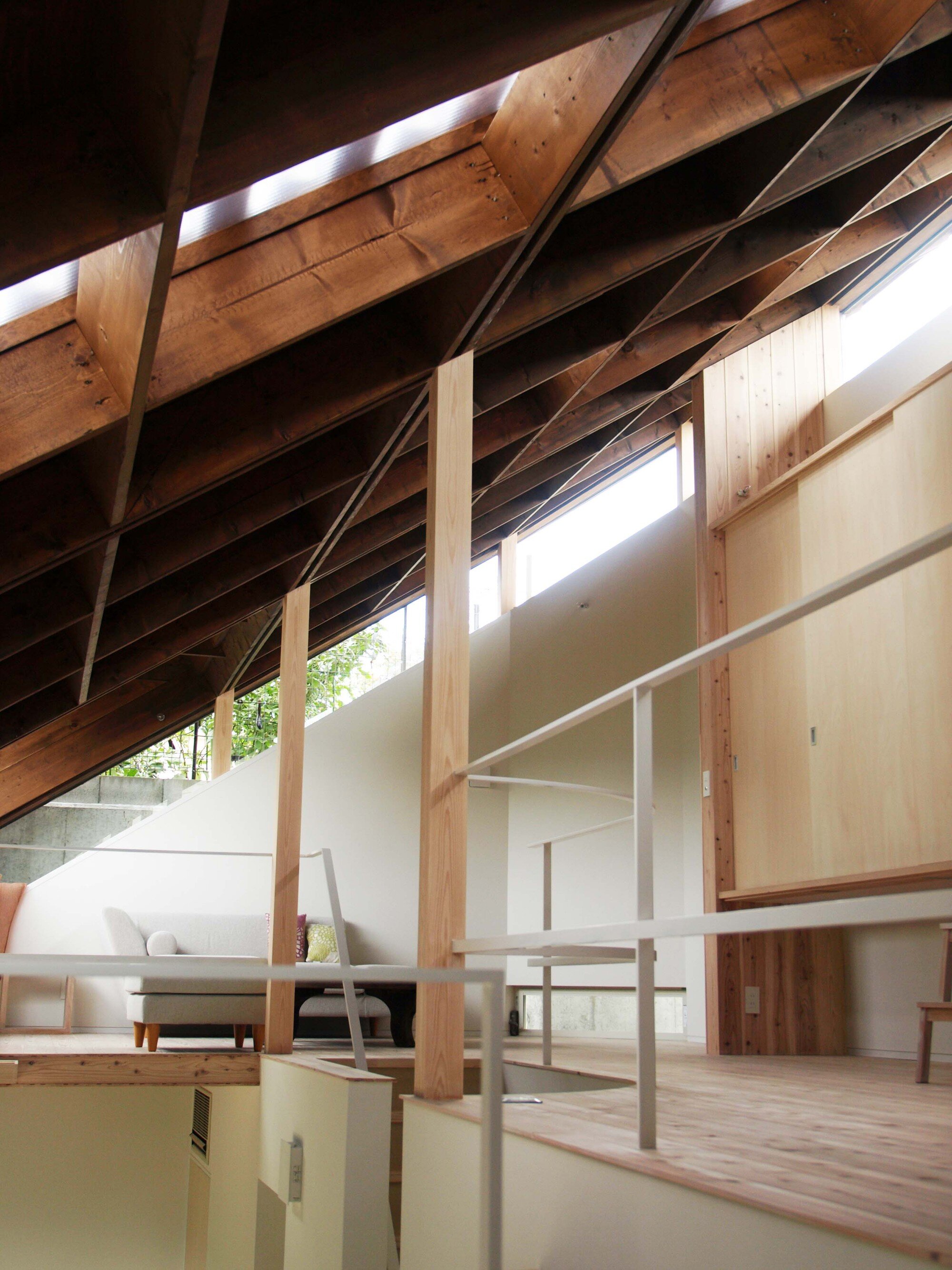 The house also contains perimeter glazing that follows the line of the roof. The main floor is largely taken up by the kitchen, off of which all the other rooms are found. They have however, managed to squeeze quite a lot into such a small space. There’s an entrance, shoes closet, pantry, a bathroom with a separate toilet, shower and sink, a parlour, and a bedroom. It’s unclear if the children have their own separate bedroom, or make use of the loft.

All in all, it’s an unusual home, but it achieves what it set out to do: to provide a space for people which not only serves and functions as a typical home, but also acts as a viewing platform for nature.

A Contemporary Family Home in Tilburg

A Houseboat in Prague by Mjölk Architekti