These mobile hotel rooms, designed by the Russian architecture practice arch group, could put an end to the wasted time, stress and sleeplessness while in transit between travel destinations. The short-stay sleeping units can be used at a variety of locations – airports, train stations, exhibitions, festivals etc.

Each unit contains a bed, fold-out table, built-in alarm, an intercom system, wifi router, LED mood lights, a safe-deposit box, touchscreen TV, tinting windows, an automated payment system and electrical sockets – a dazzling array of goodies. The rooms can be finished in MDF, metal, or glass-reinforced plastic with one, two or three beds. 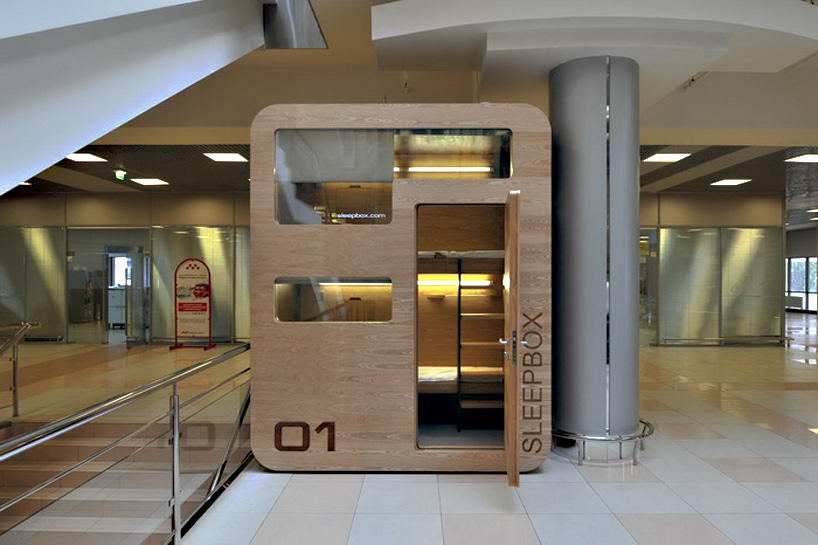 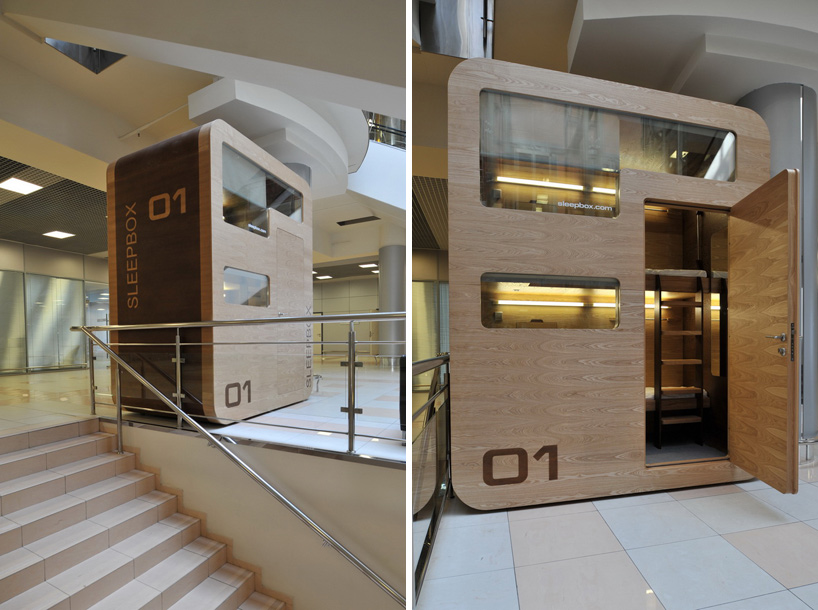 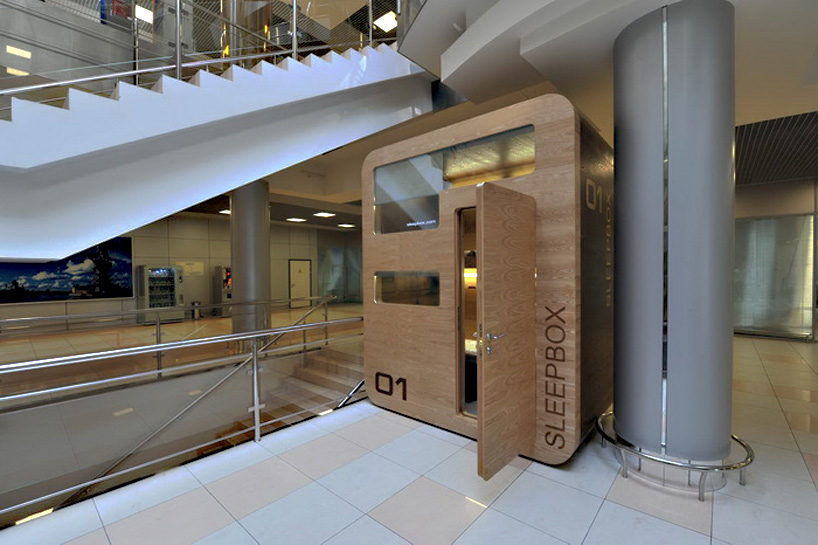 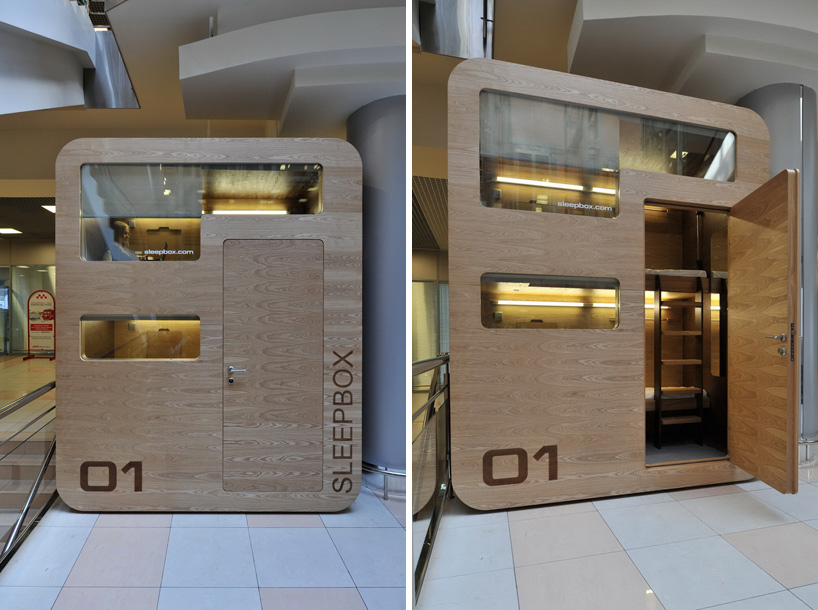 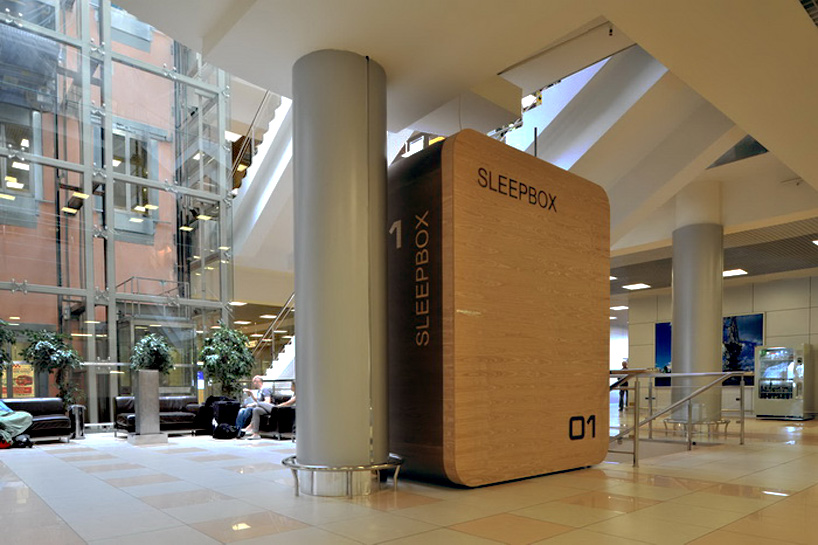 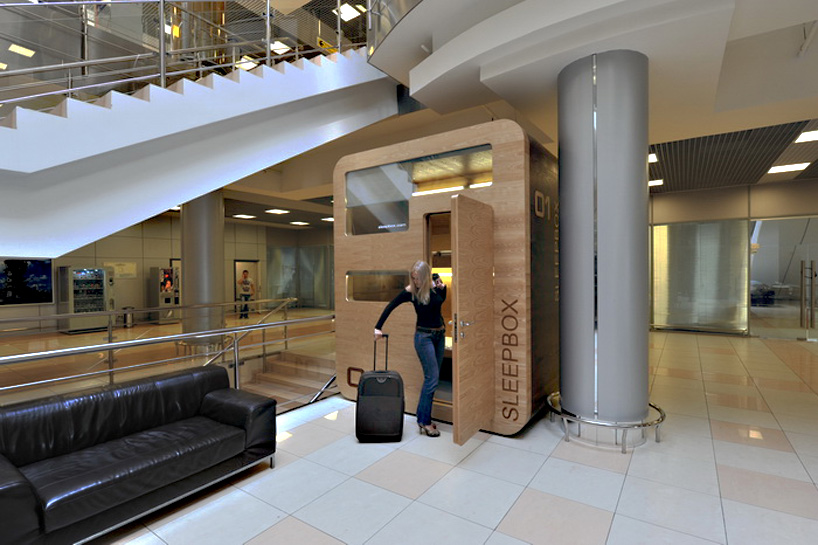 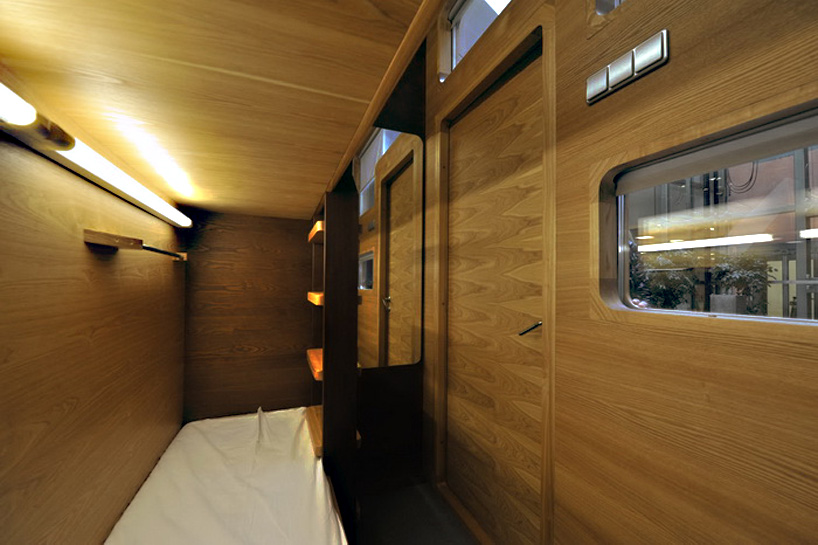 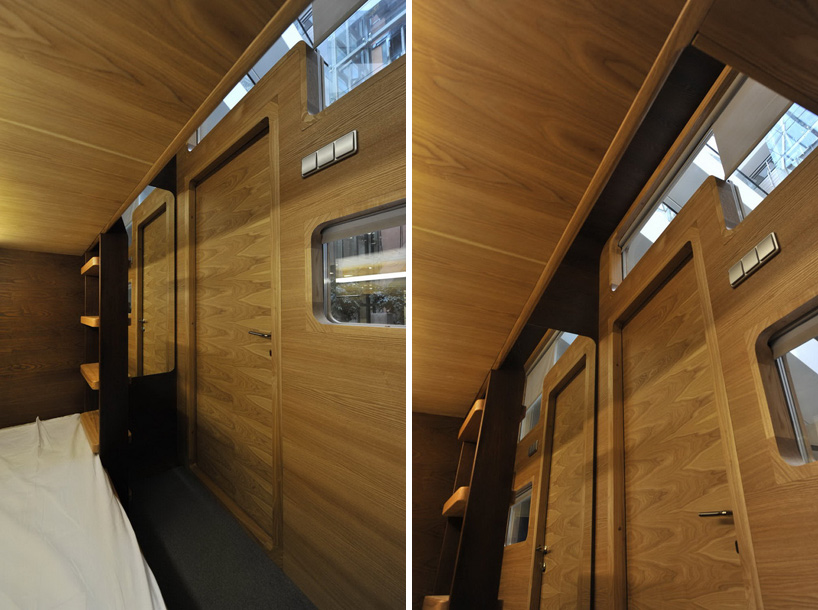 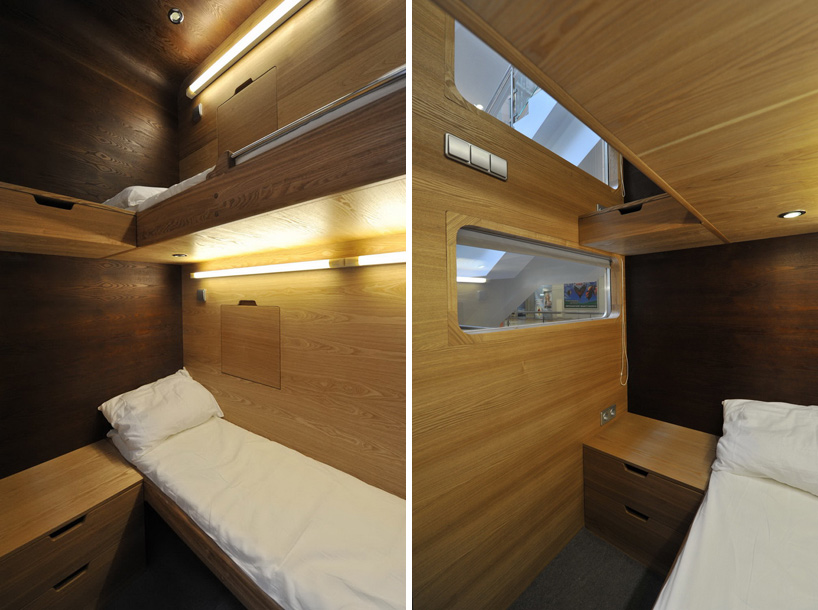 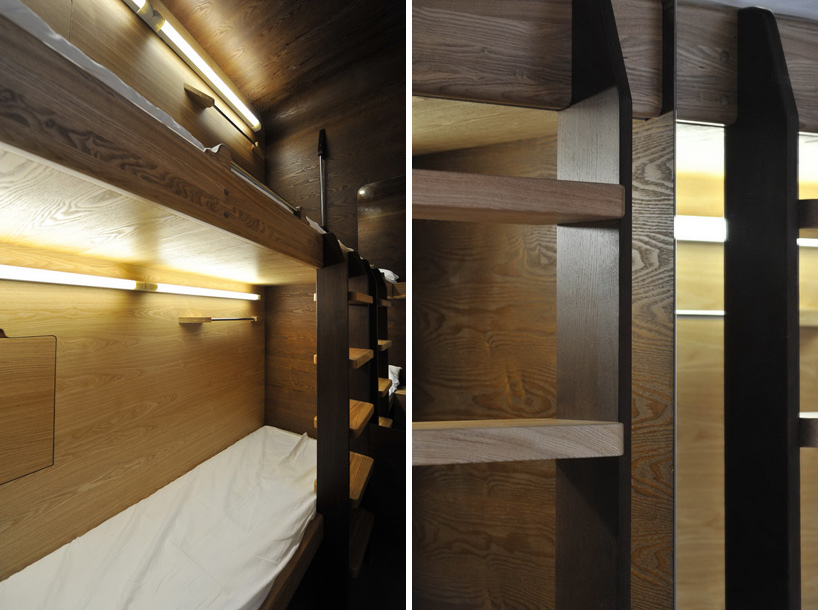 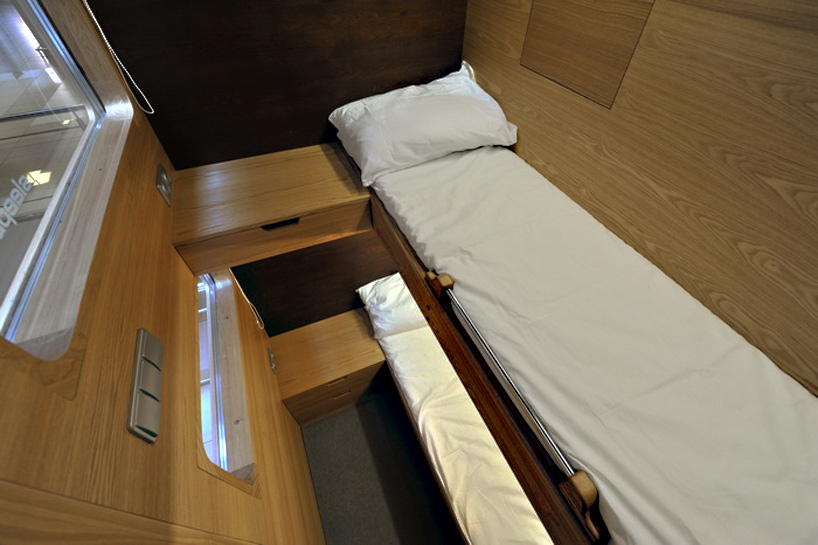 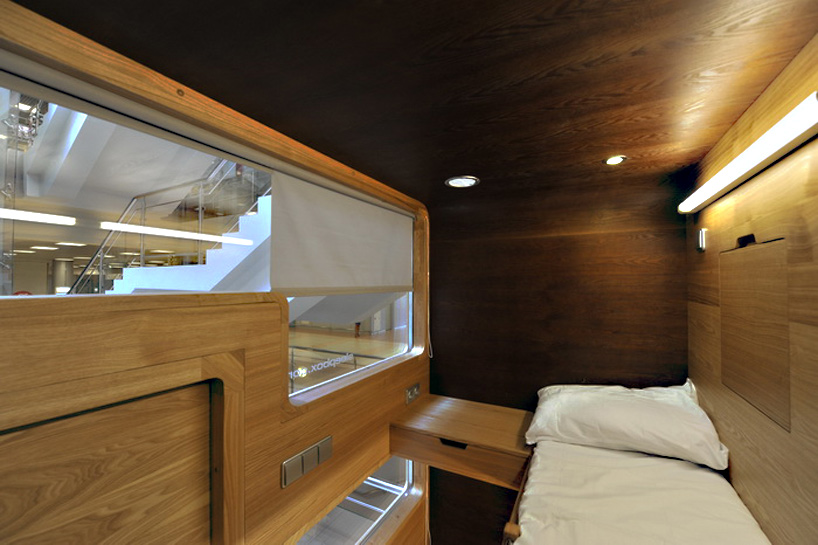 The units are just 4 meters square in size allowing them to fit into small confined spaces, and their modular sleek appearance boosts the savvyness of the surrounding environment. A prototype installed at Sheremetyevo airport was such a sucess that the concept is now being commercialized on a large scale.

A Small Island House That Opens Up To The Forrest

A See-Through Bathroom, For Those That Dare