The Hong Kong-based interior design firm, Sim-Plex Design Studio, were responsible for overhauling this apartment, converting it from dark and dreary to bright and airy.

The project has been titled Arc Village Studio and was completed back in 2017. The end result is a bright, contemporary home that better connects occupants. 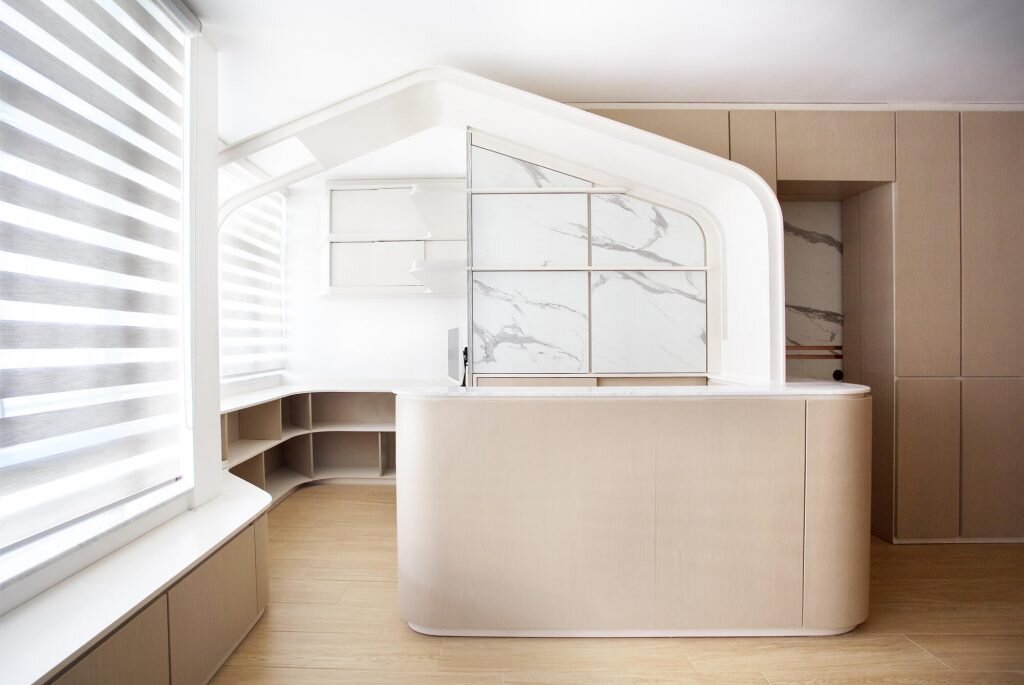 The residential unit contains a total of 592.01-square-feet (55-square-meters). The previous arrangement of space lead to insular rooms, where people were cut off from one another: “The client is an IT self-employer and he complained that the previous spacial arrangement make him lack of communication with his family members.”

Sim-Plex have tackled this by introducing open plan spaces where possible. The designers have described the transformation as “a cluster of arc frame and round-corner cabinetry, to form a village-like communion.”

Sim-Plex have tackled this by introducing open plan spaces where possible. The designers have described the transformation as “a cluster of arc frame and round-corner cabinetry, to form a village-like communion.” 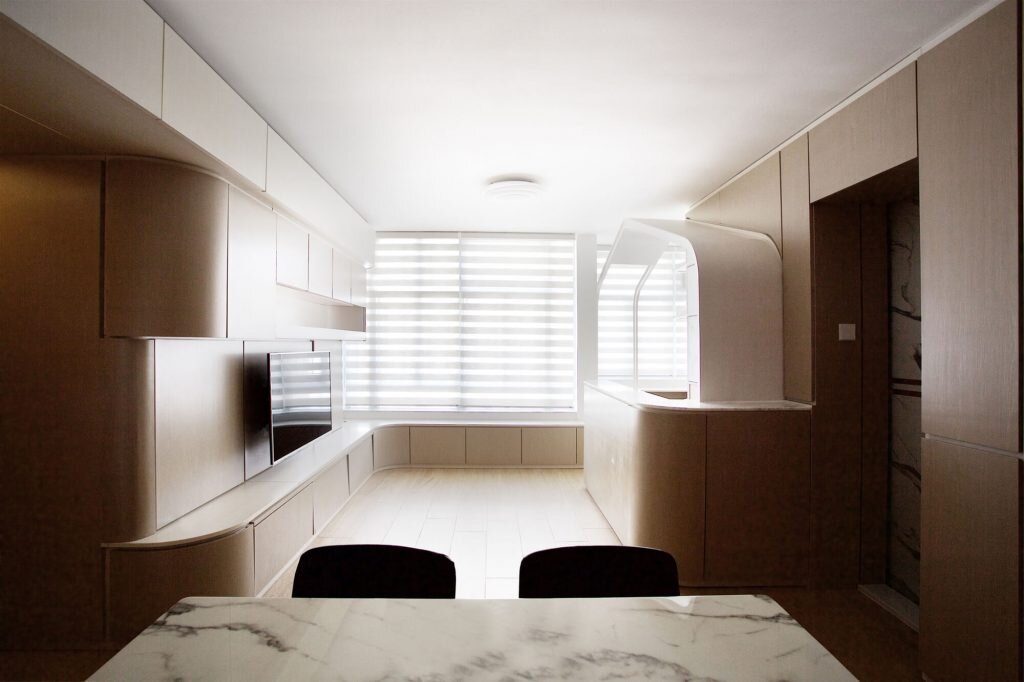 The property takes on an almost futuristic feel thanks to the presence of all the rounded edge storage units. They also help to visually widen openings between rooms. Storage was introduced around the periphery to help keep the place tidy – previously documents and other work items were left visible, cluttering the interior. 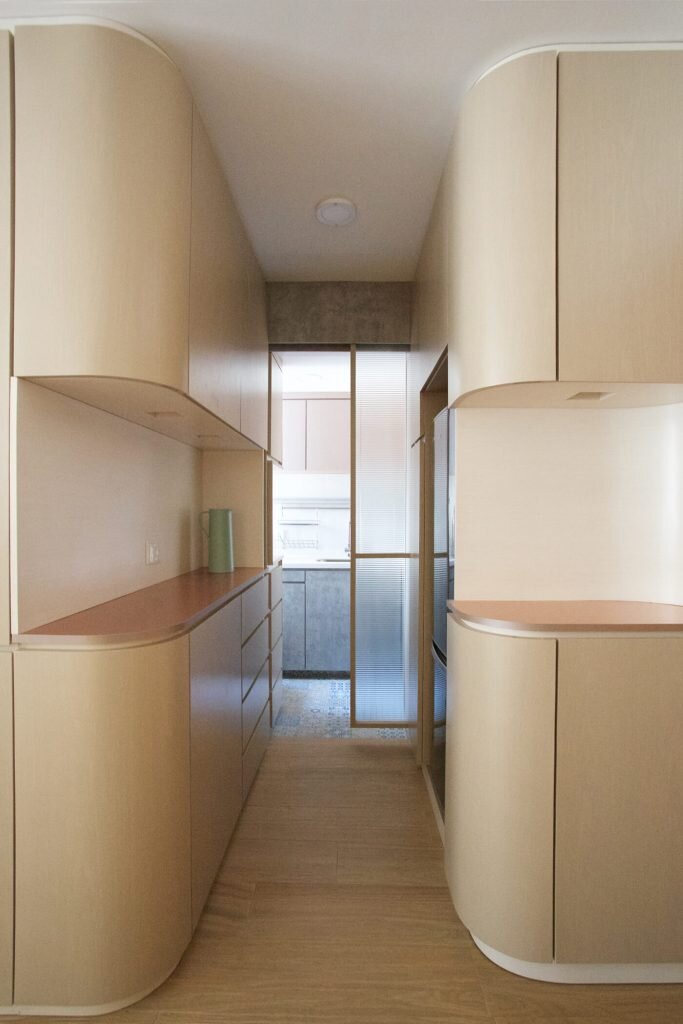 Working from home is popular in Hong Kong as it helps reduce, or remove, the cost of renting an office. However, according to Slim-Plex, this has lead to many people sacrificing the quality of their living quarters. 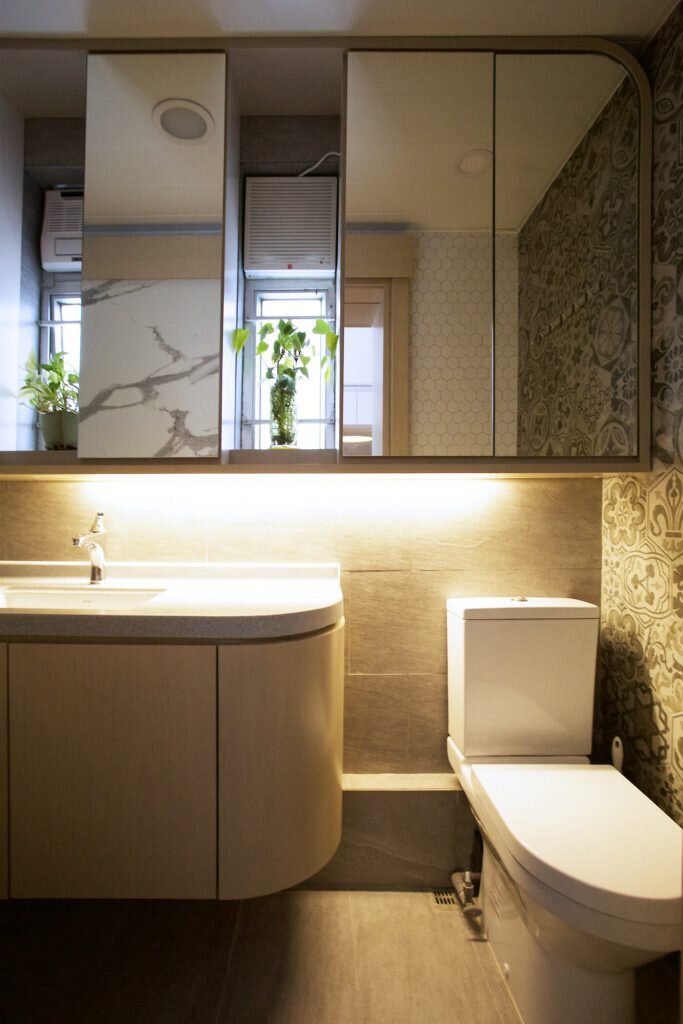 Upon entering the apartment, you walk directly into the dining/living area. A small foyer acts as a bridge to the kitchen. The bathroom is accessed off of the main living area, as is the home office, which is open to the rest of the apartment but still maintains a clear separation of space. To the back of the property there are two bedrooms, separated by a small corridor. 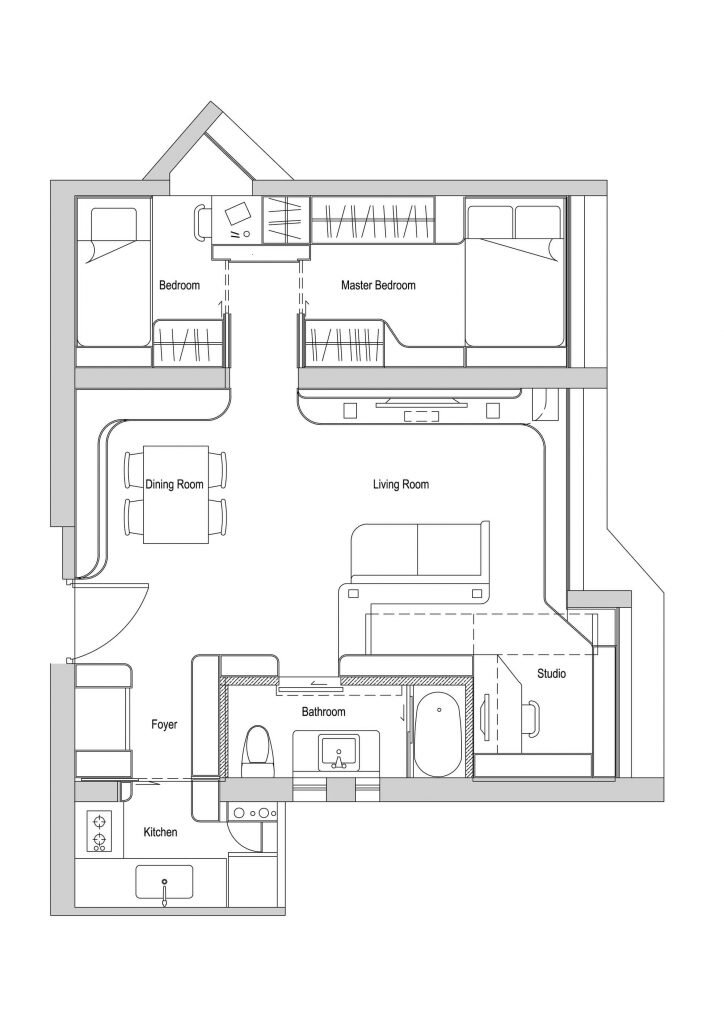 For more apartments check out this minimalist unit with pared down finishes by Arriba. Or, this apartment which features a draped wall to filter views and create rooms. See all apartments.