I’ve featured a lot modular/prefab structures recently that aim to add to your existing living space. This project tackles the same problem but from a different angle. It’s neither modular, nor prefab, but it does extend your overall living space. 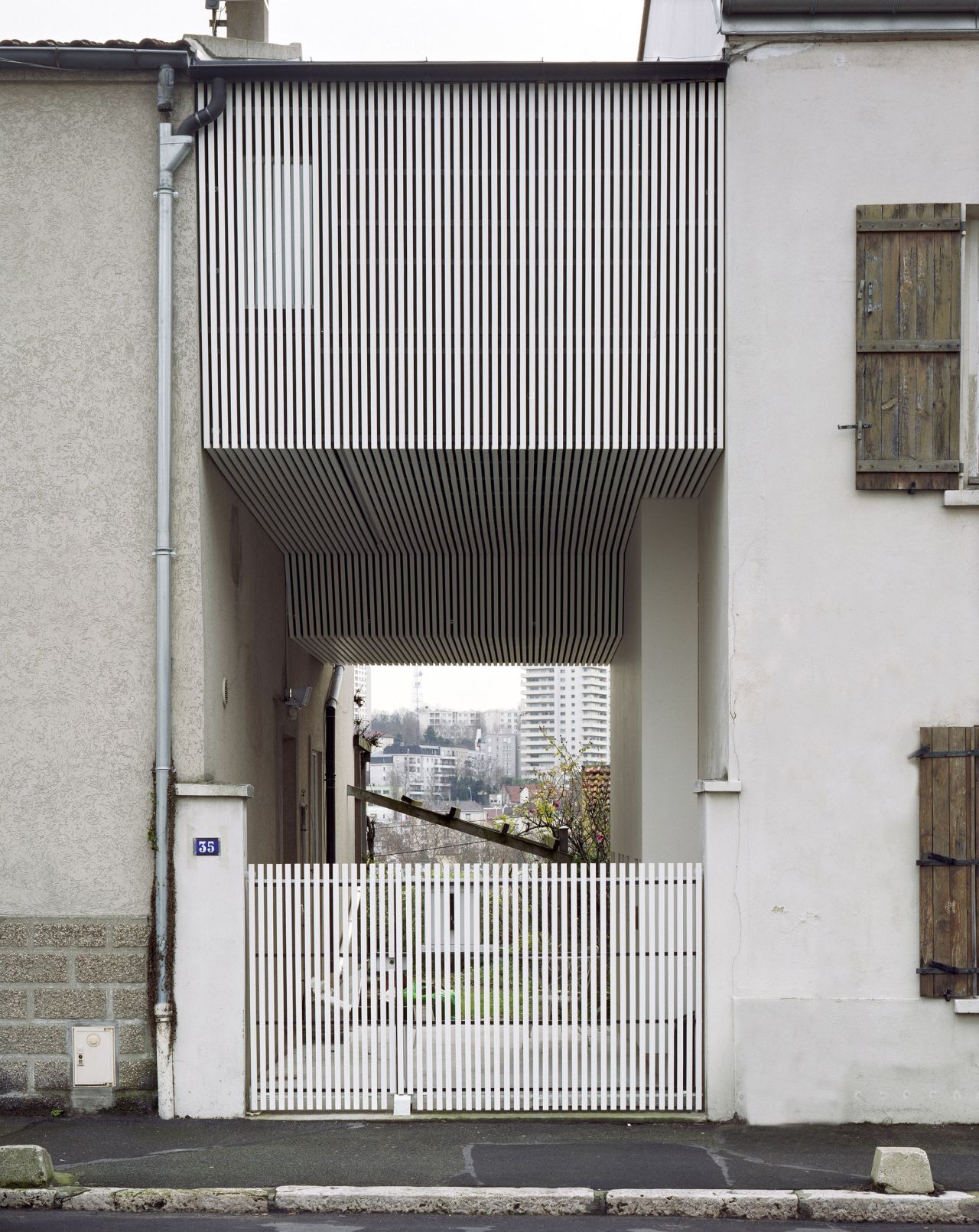 This small house can be found on the quiet suburban street of Raymond Lefebvre, Paris. The other houses in this street are constructed in rows without interruption – a terrace – until you reach the end bay. Between the end bay and the next terrace of houses there’s a small space. The owners of this home decided to capitalise on that 3 meter wide space. 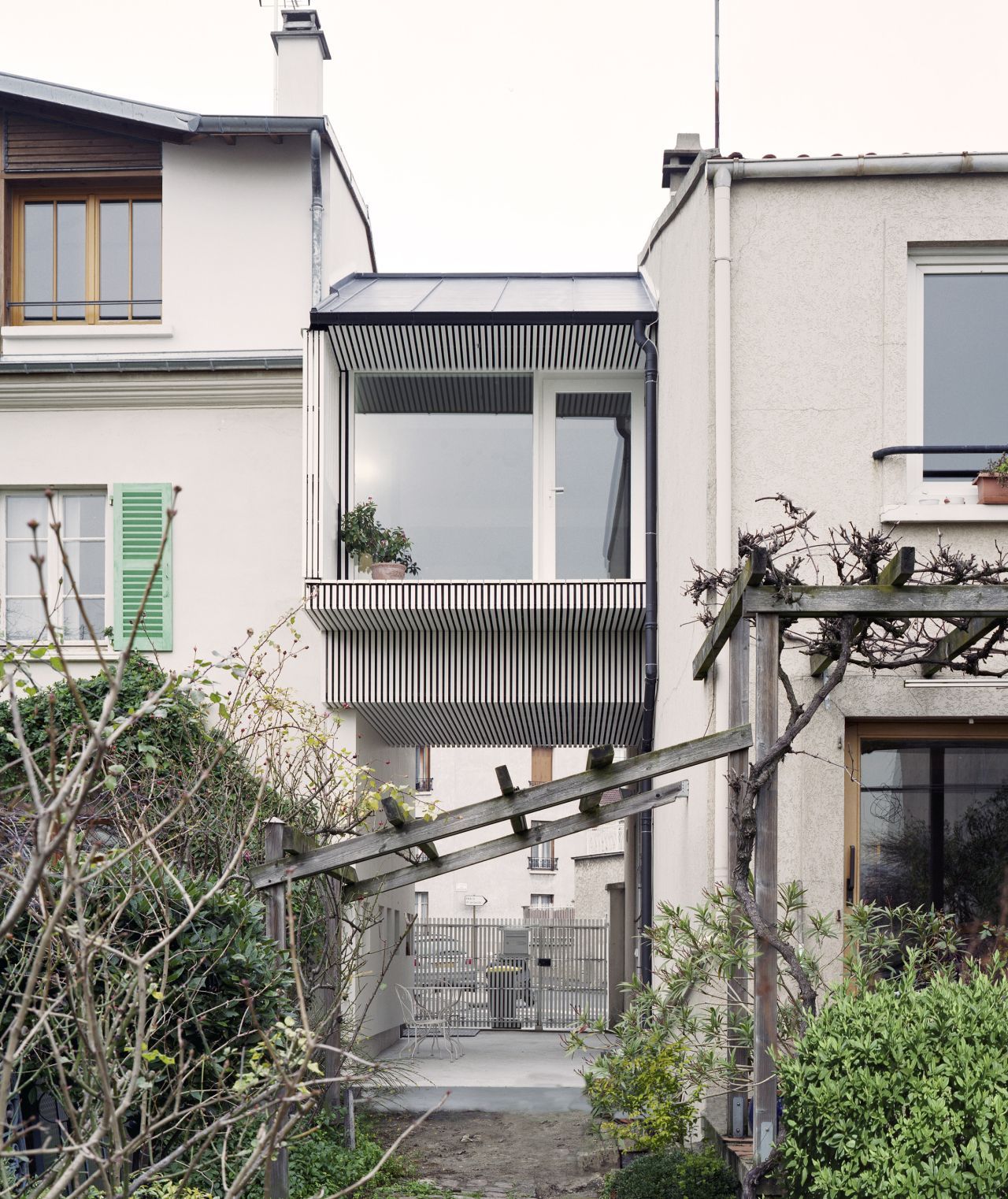 They contacted NeM Architectes who proposed that they create a suspended cabin. The idea originated out of the owner’s desire to keep their car parking space, and to provide an exterior sheltered space. The extension is connected to the main house by using ‘hidden pillars’ that are fastened to the gable-end wall. 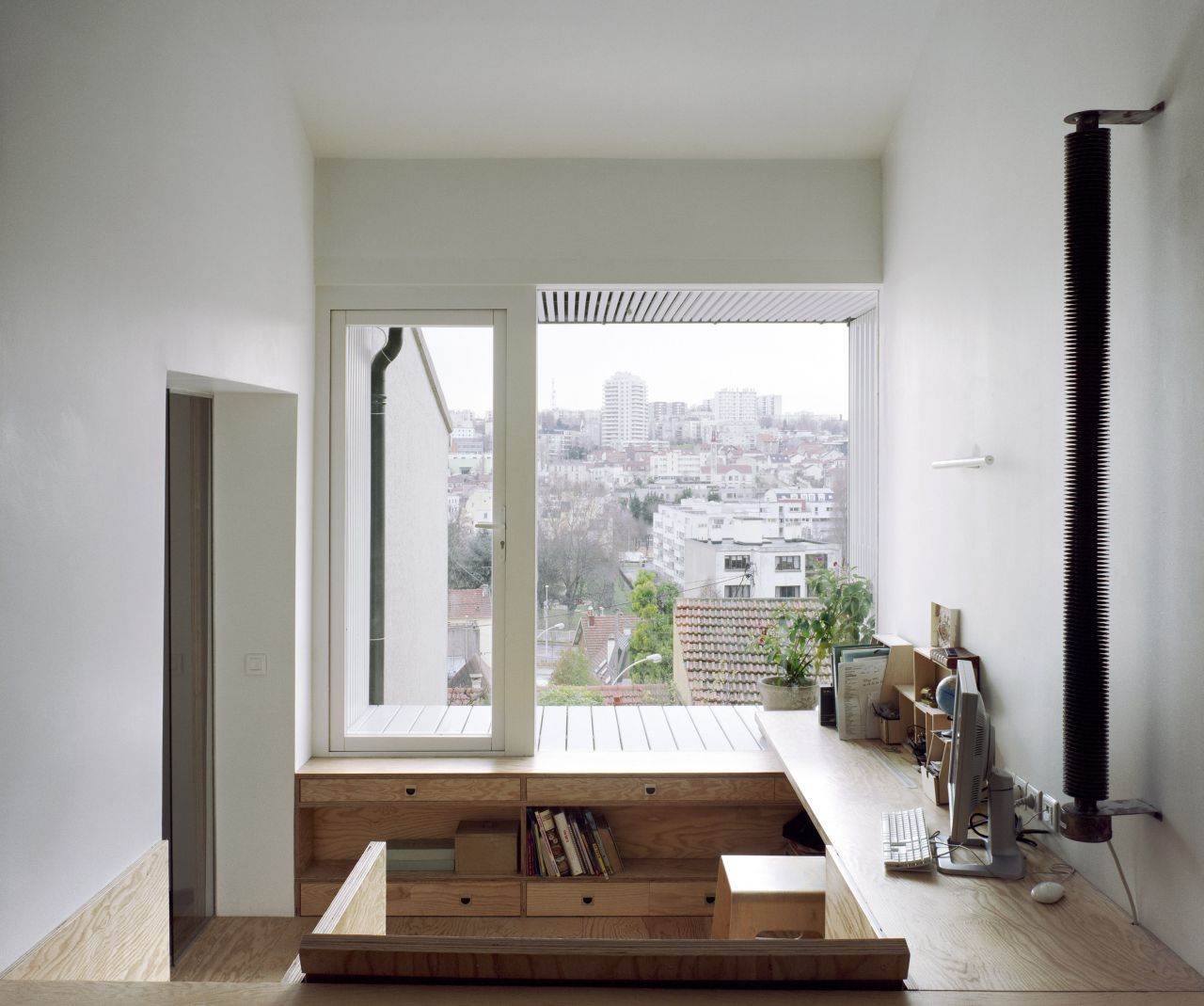 Built over two levels, the cabin contains 430 square foot of additional living space. It features simple interior, clad and furnished with plywood, and offers views of the bustling city from a tranquil atmosphere. It is used as a study, and a bedroom (found on the upper level), and also provides access to the house’s attic. The layout of the cabin is a spiral, with the most private areas to be found at the top levels. 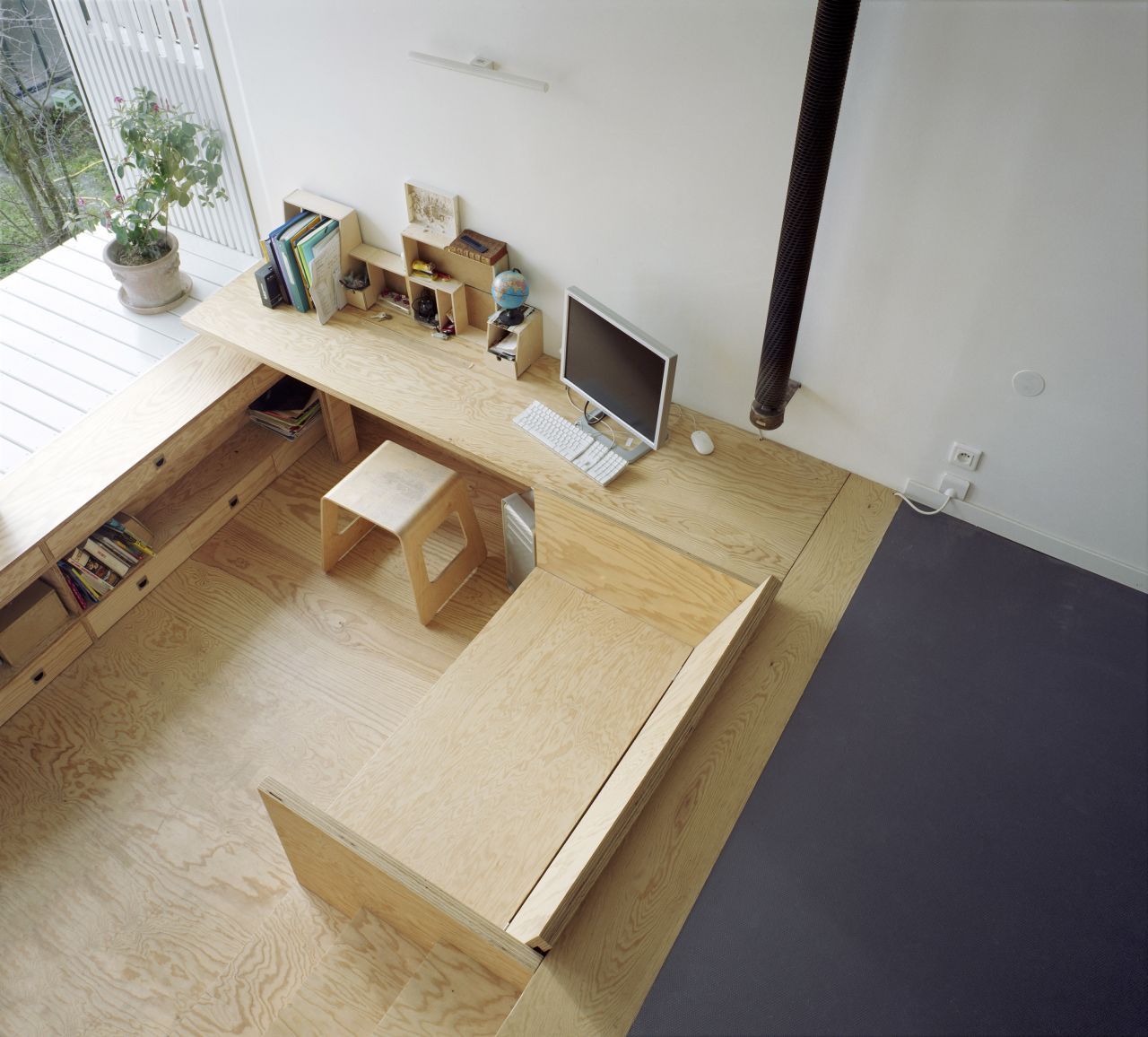 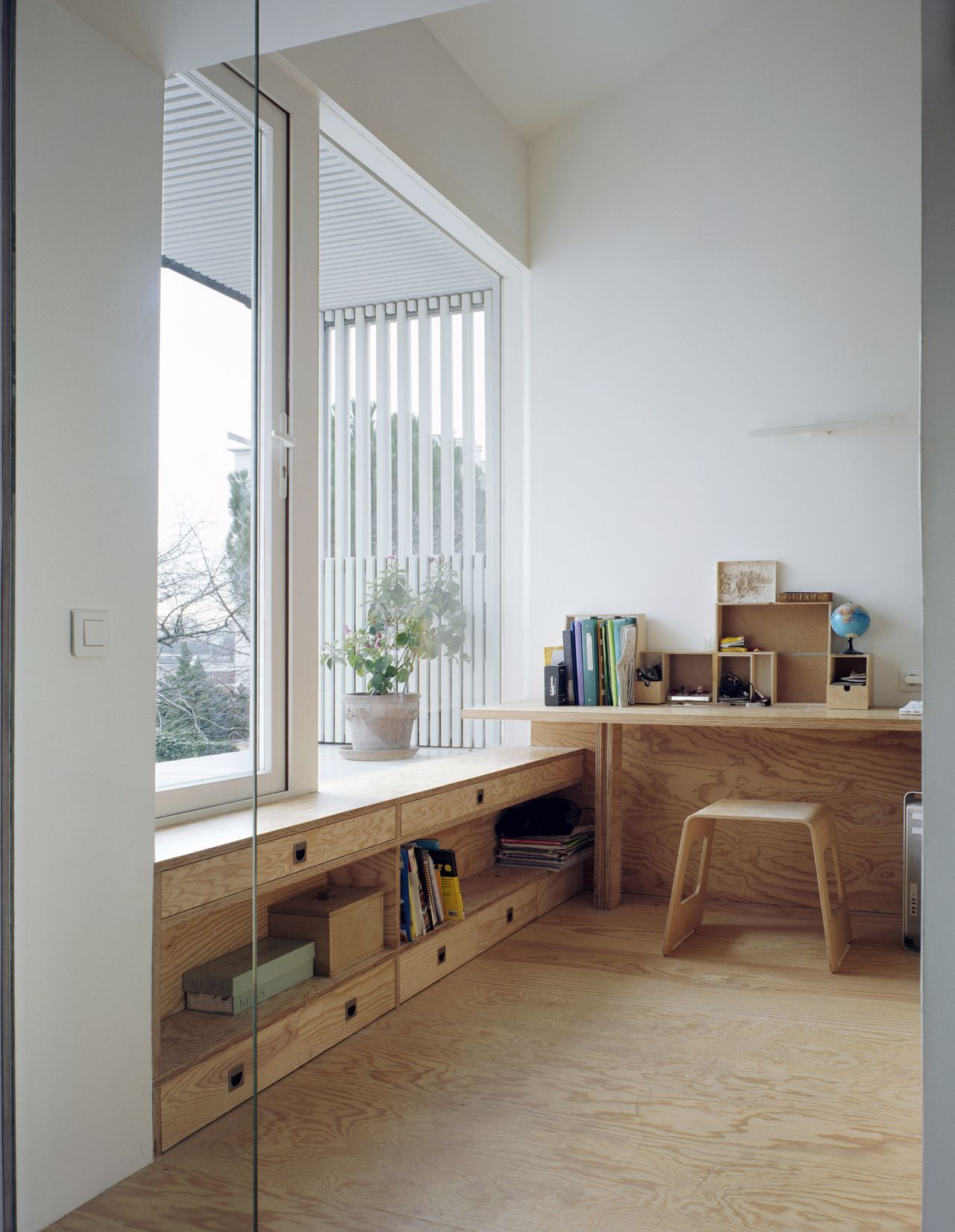 Overall, I think it’s a pretty cool space and as an idea, it could easily be adopted to take advantage of unused and abandoned spaces in cities. After all, 430 square foot is pretty big for those of us that follow the small house movement. 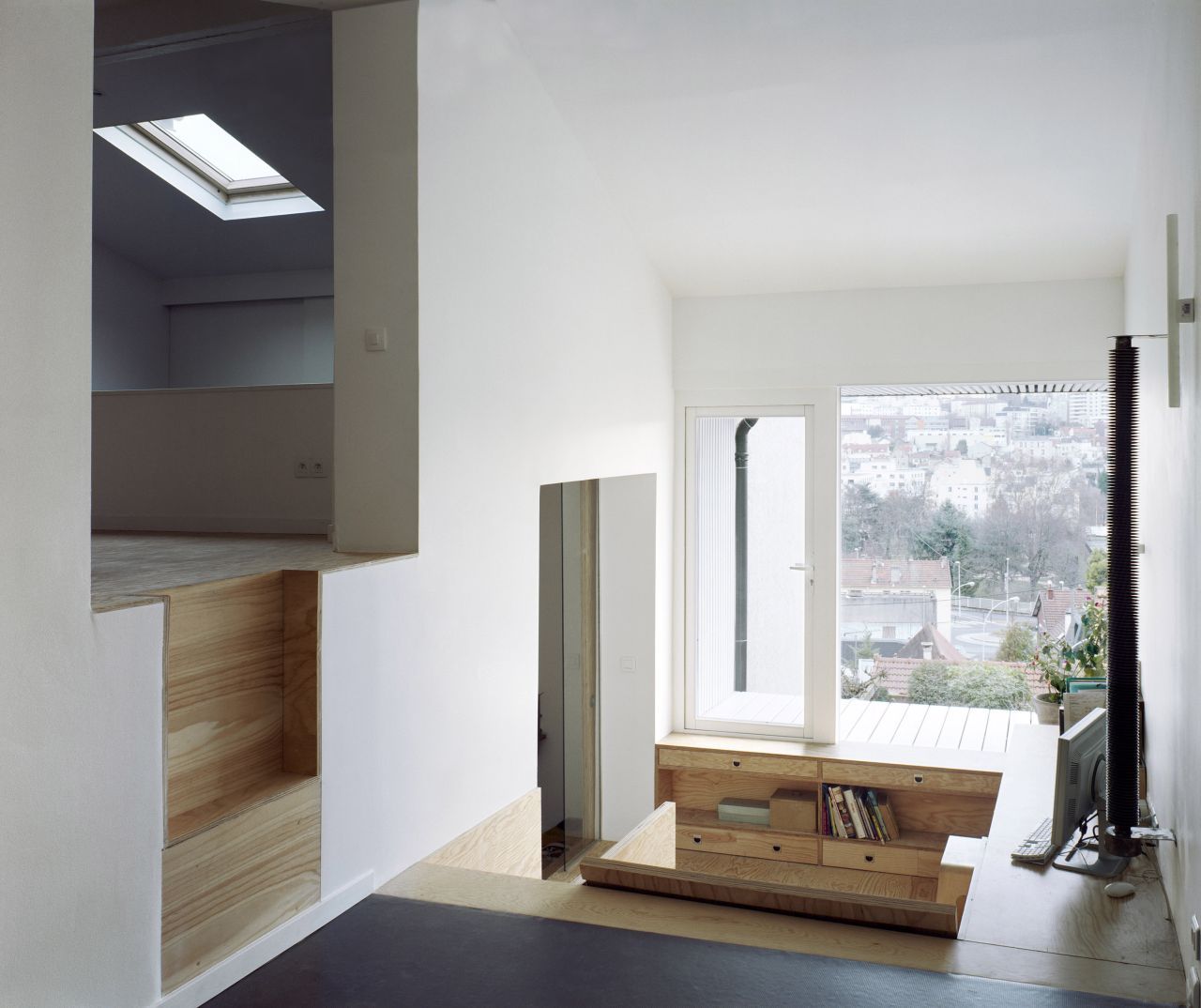 If you liked this post you might want to check out this Japanese house by Another Apartment, or the ST-House by PANDA Architects. Both feature small houses designed to maximise on space despite being built on narrow lot.

Things Get Steamy with Passion House