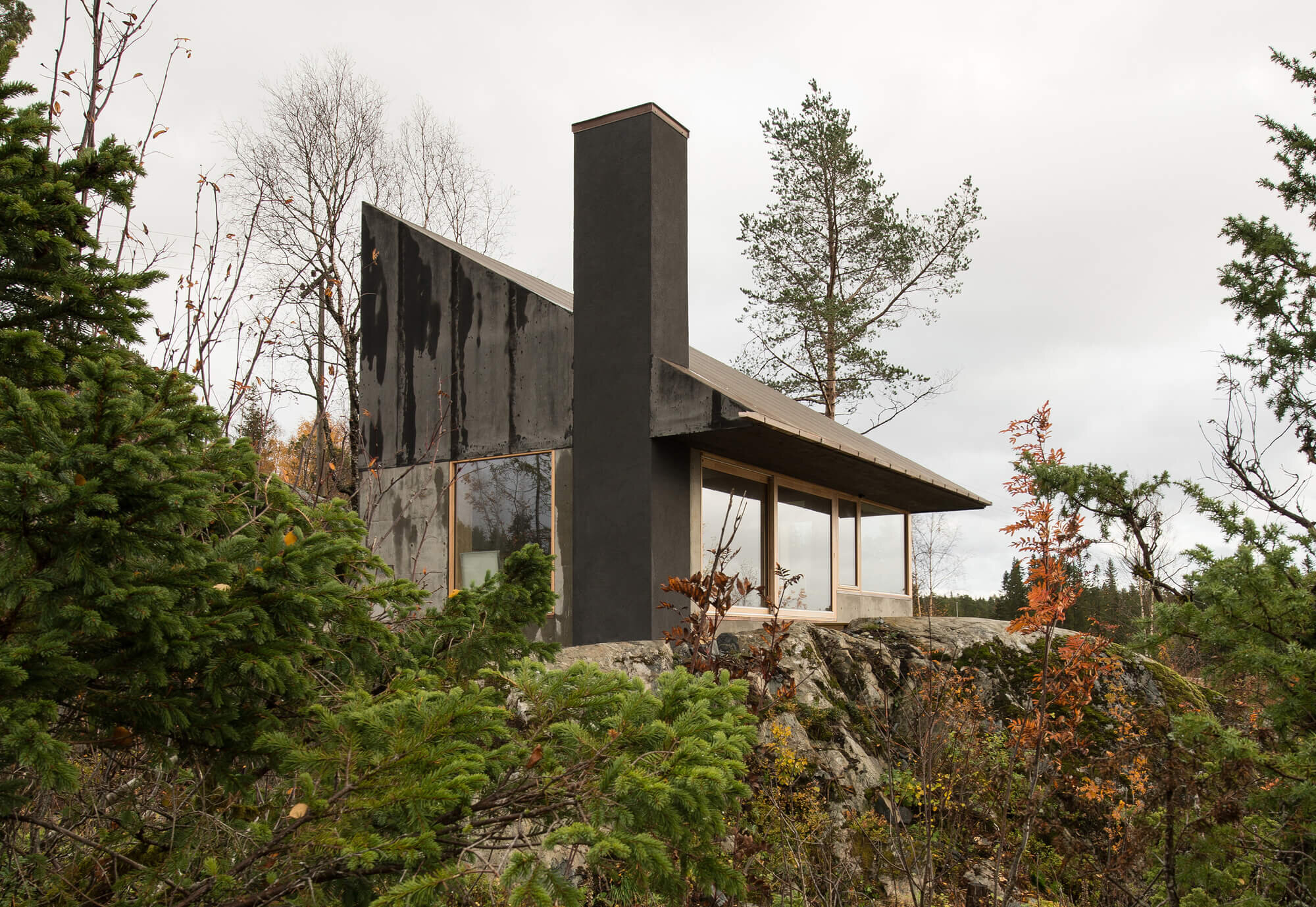 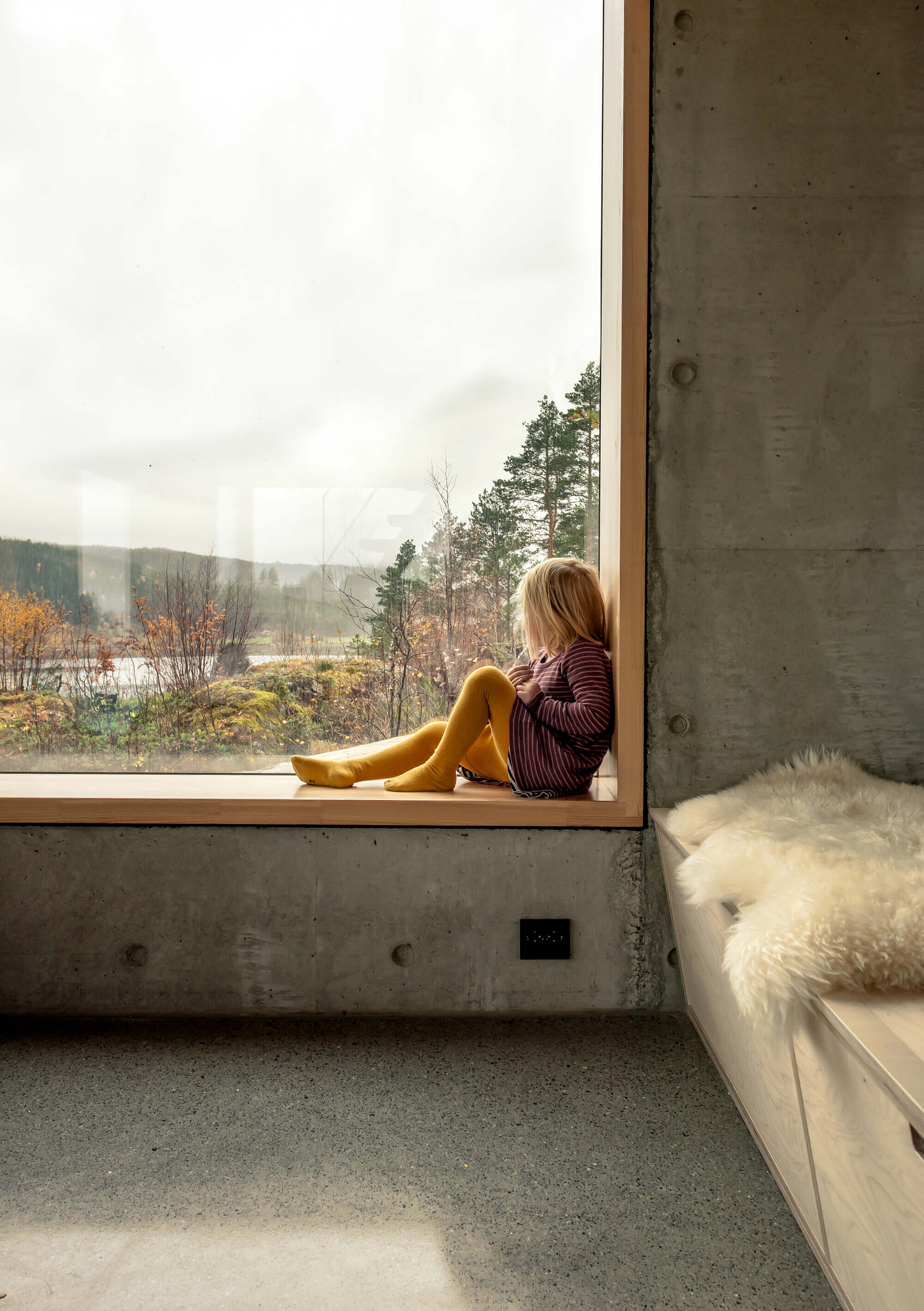 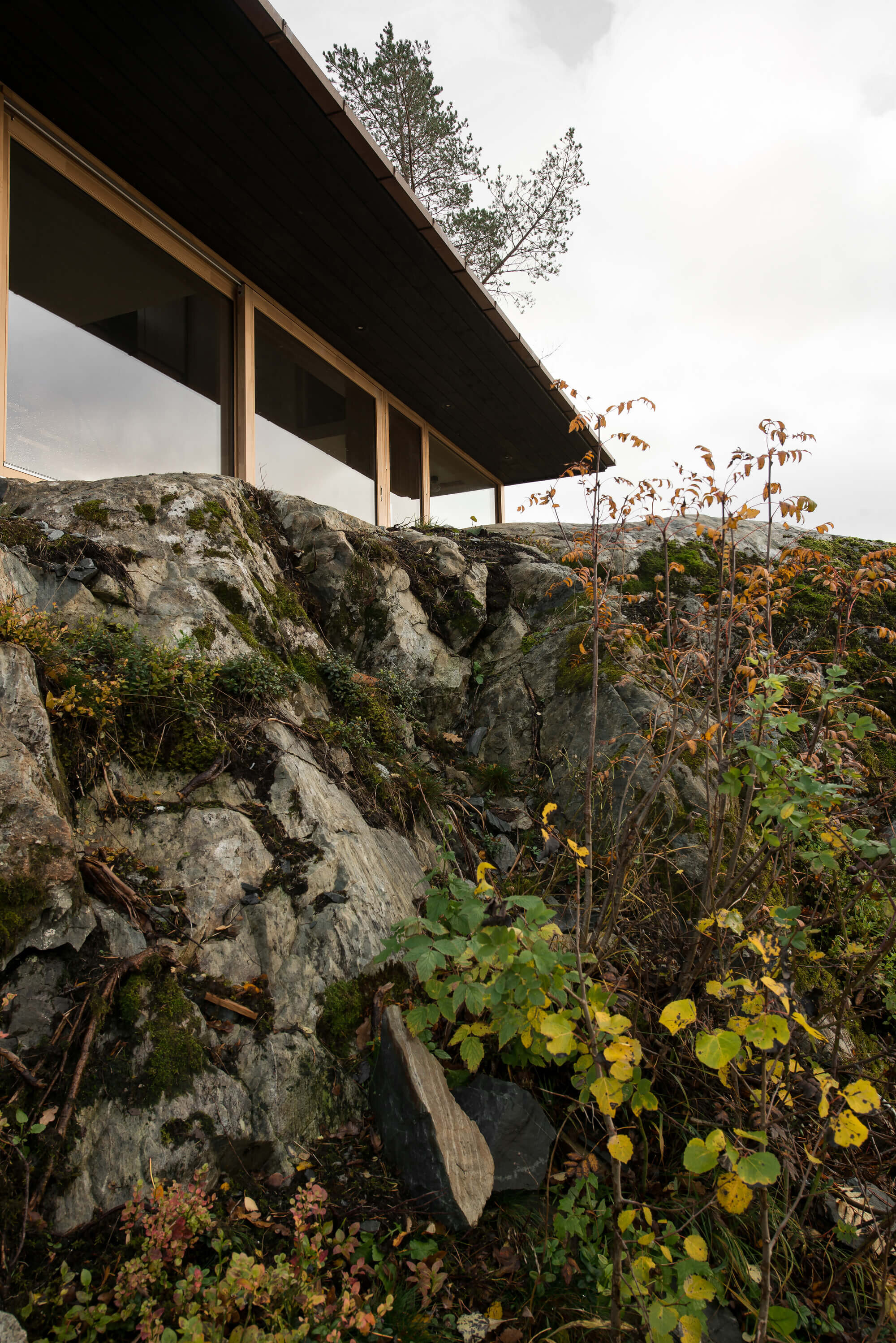 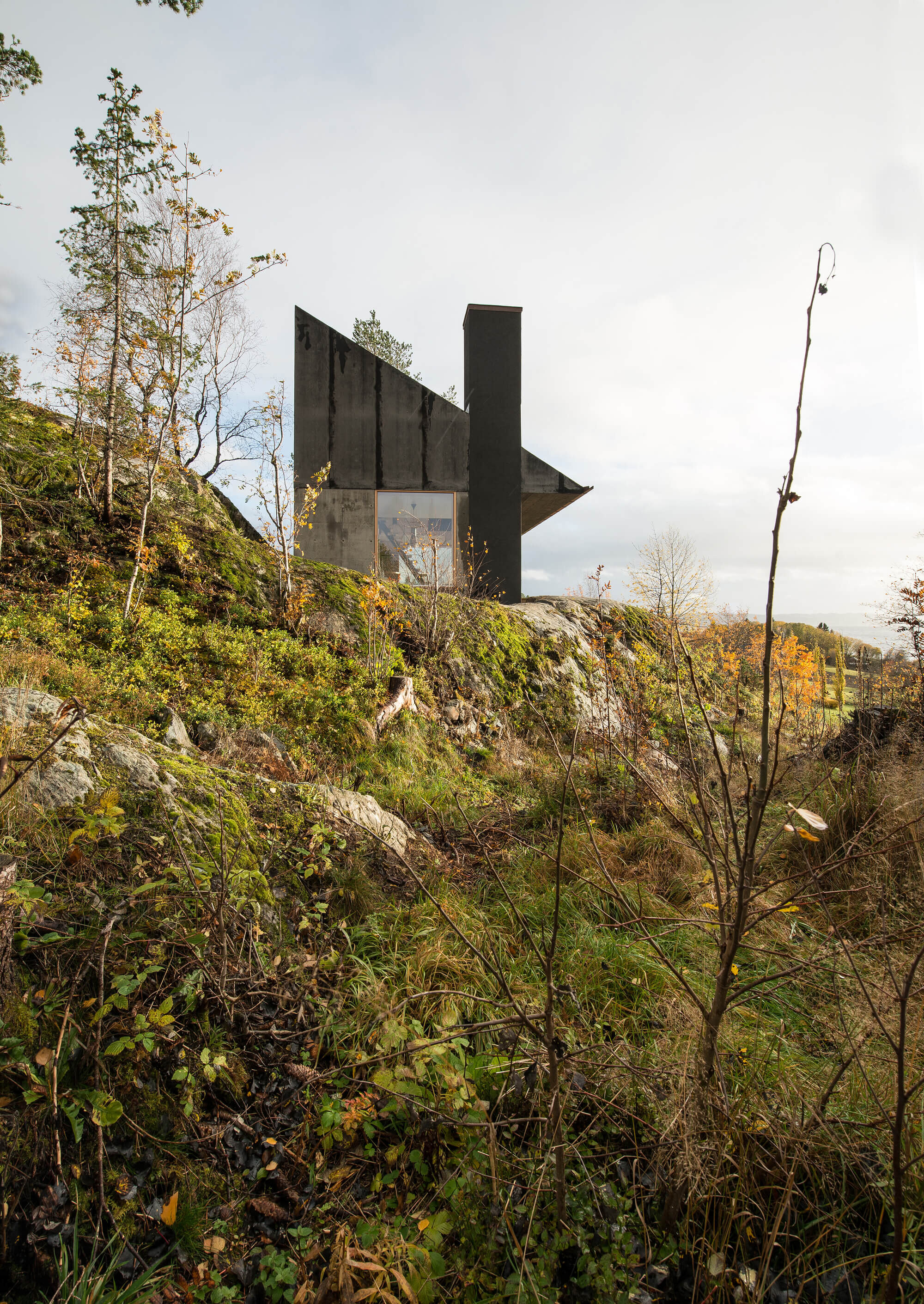 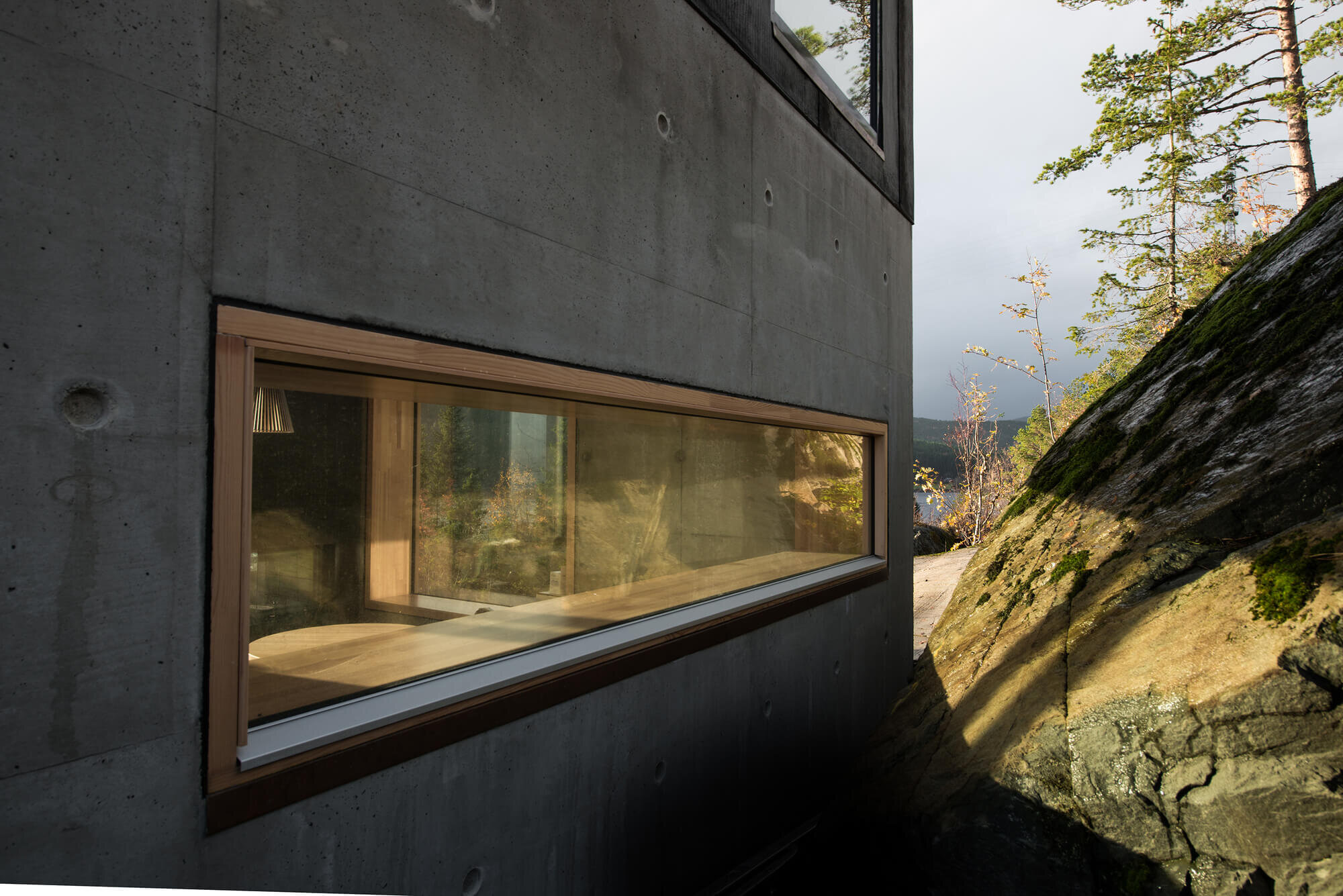 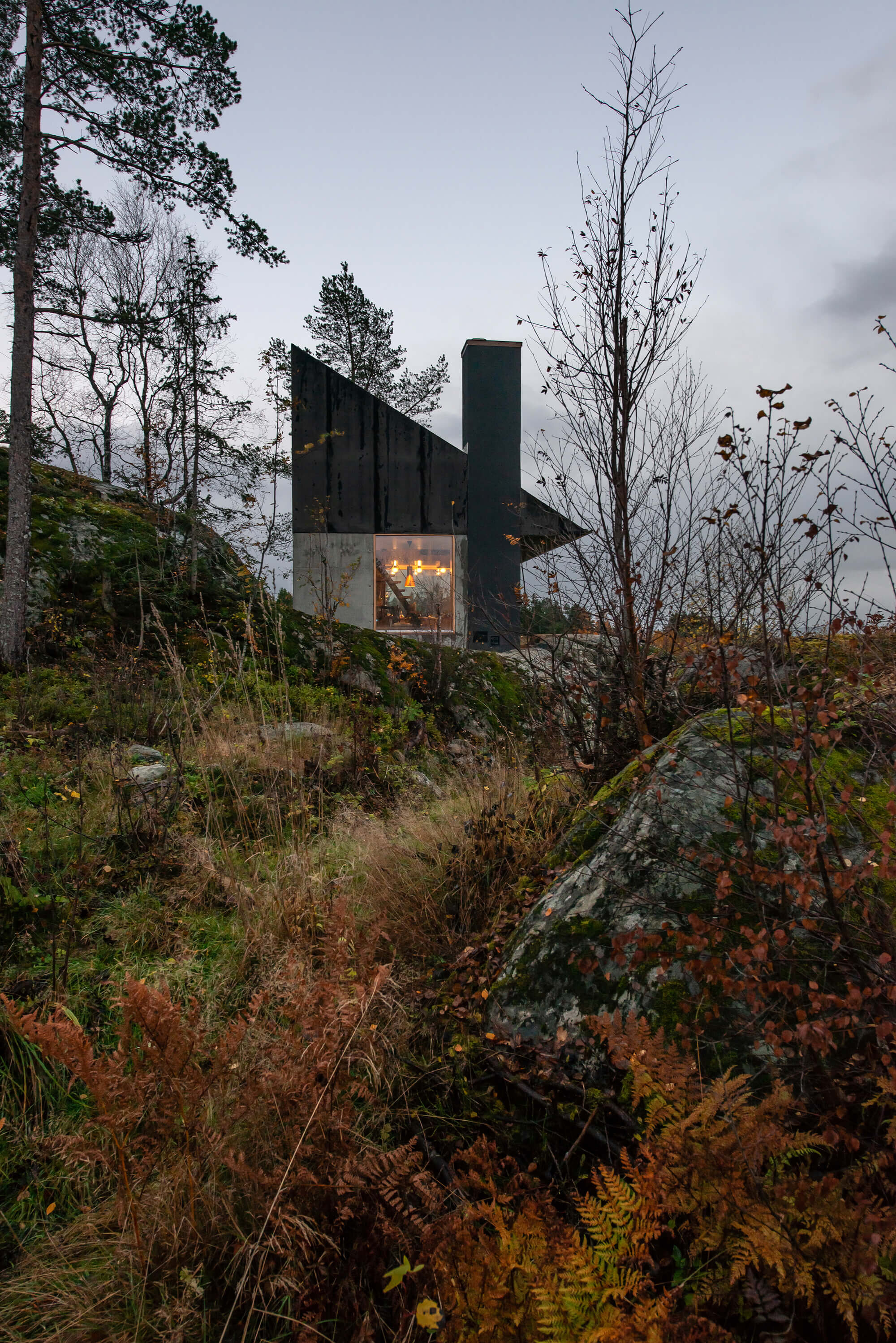 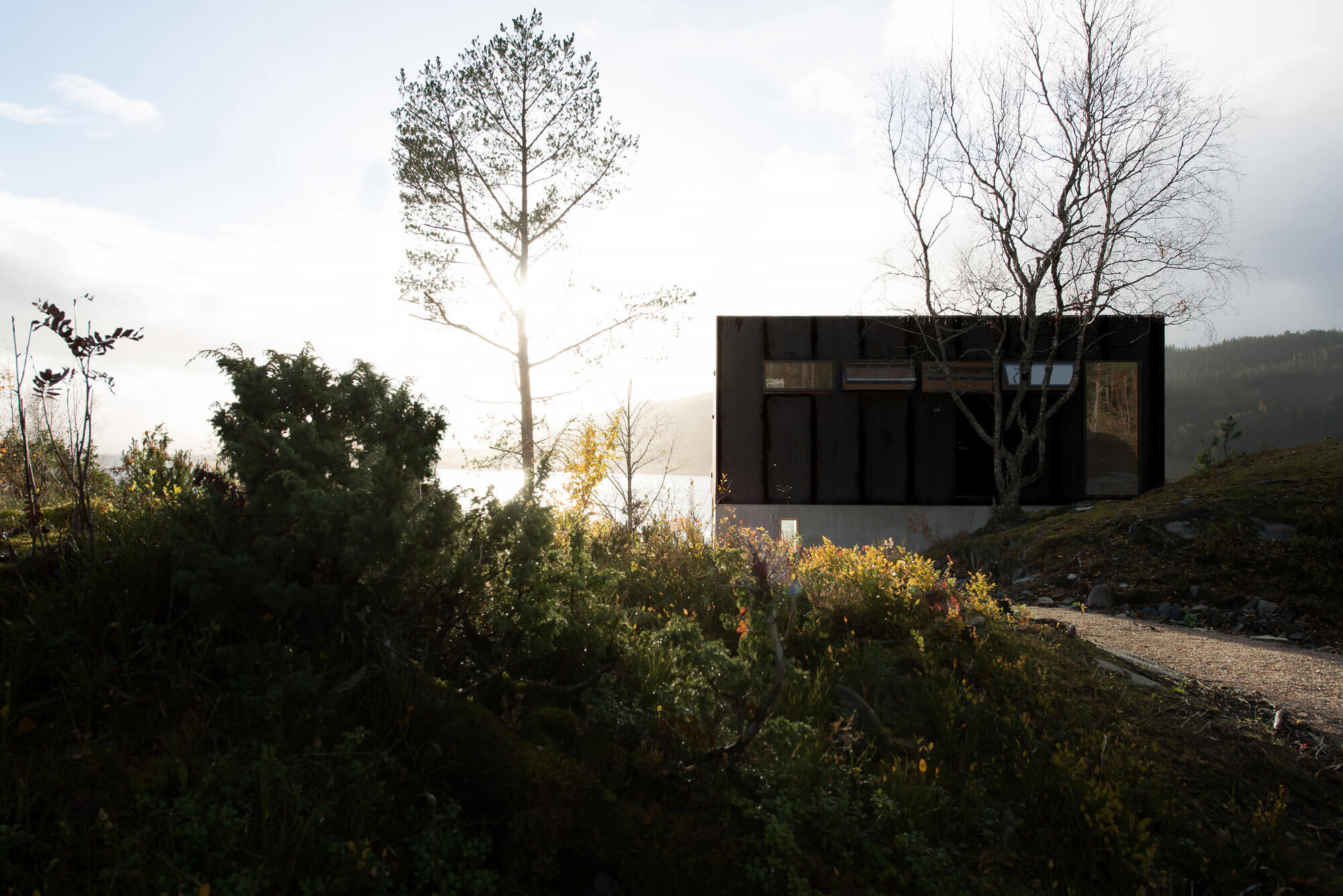 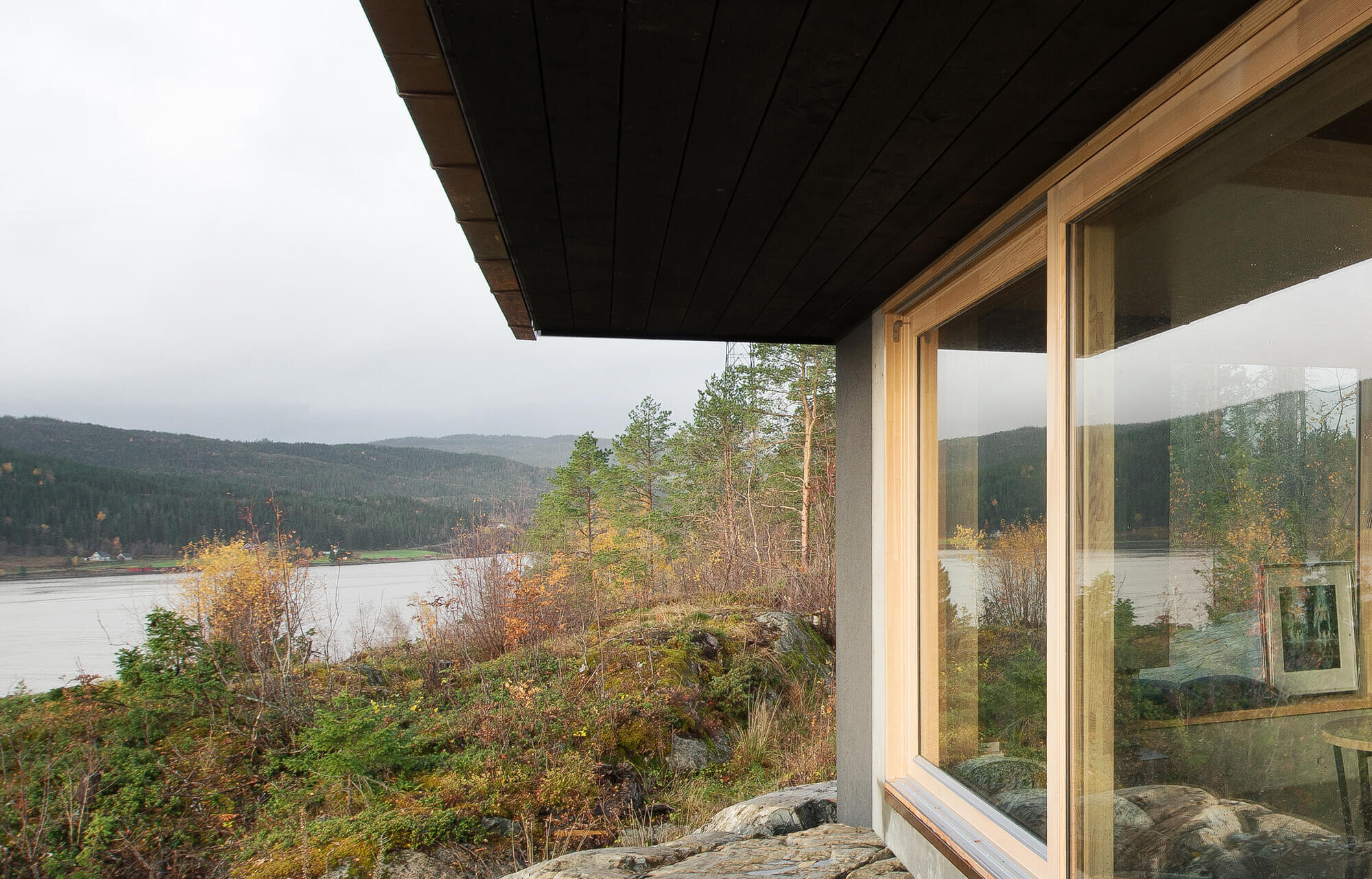 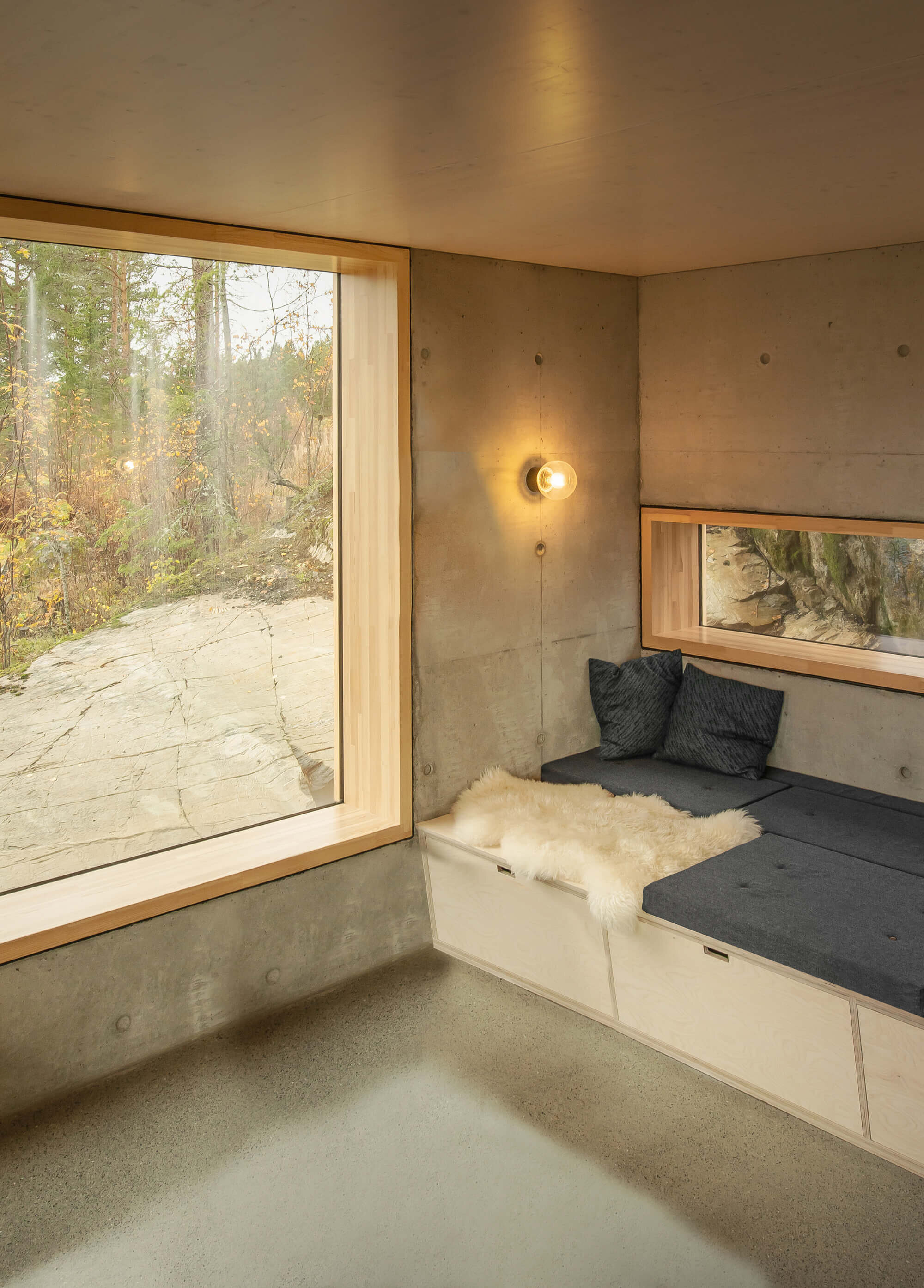 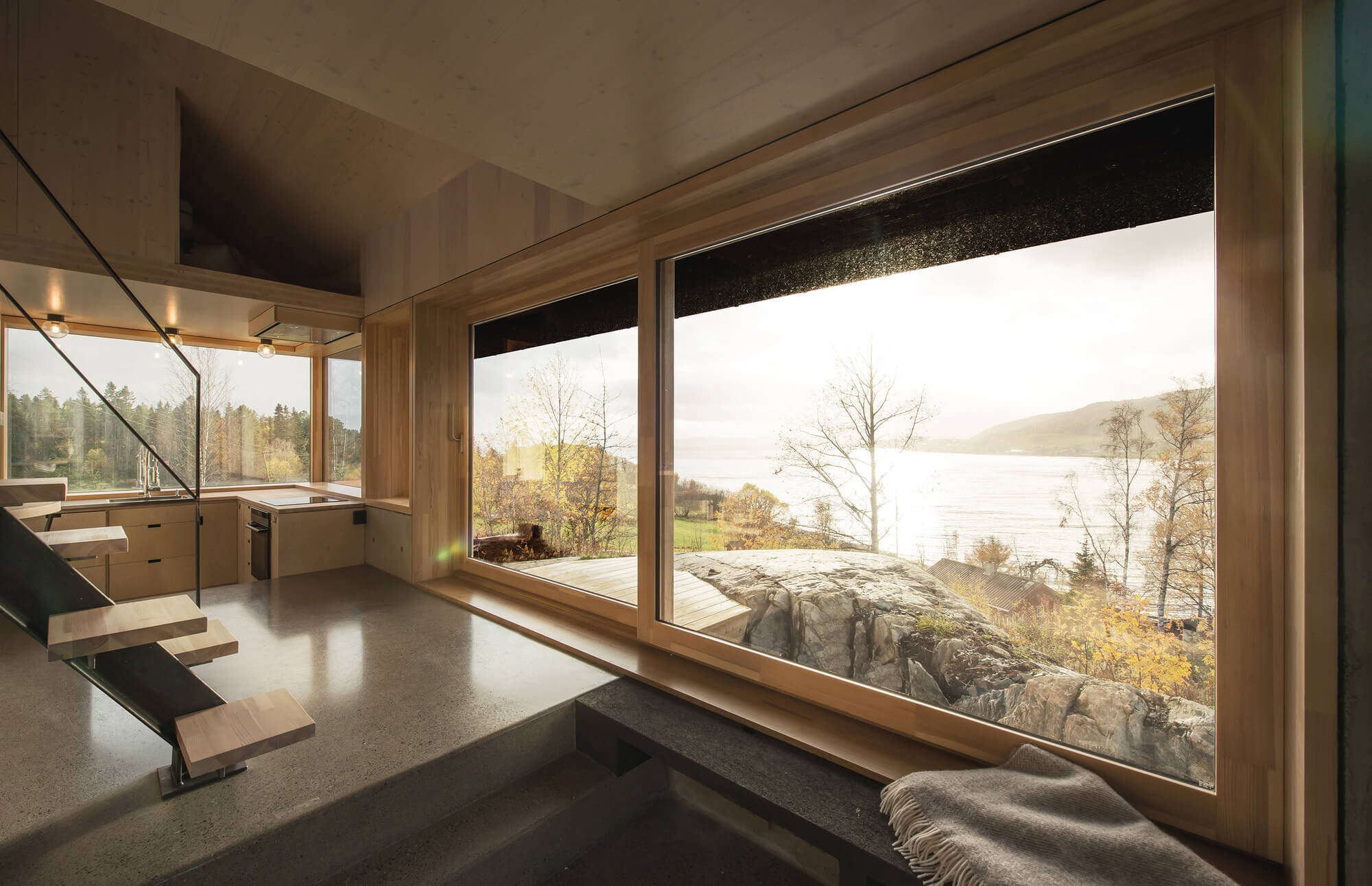 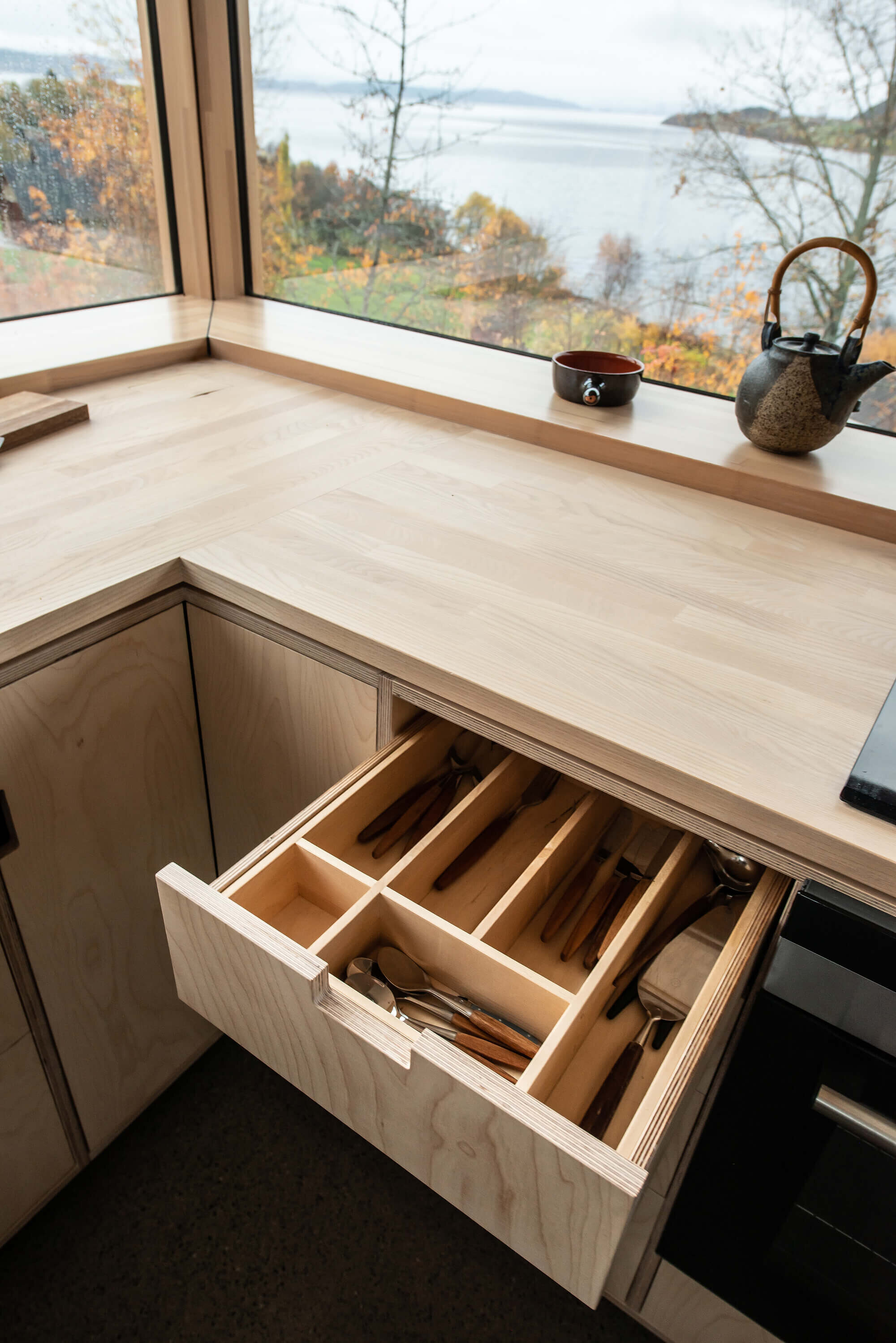 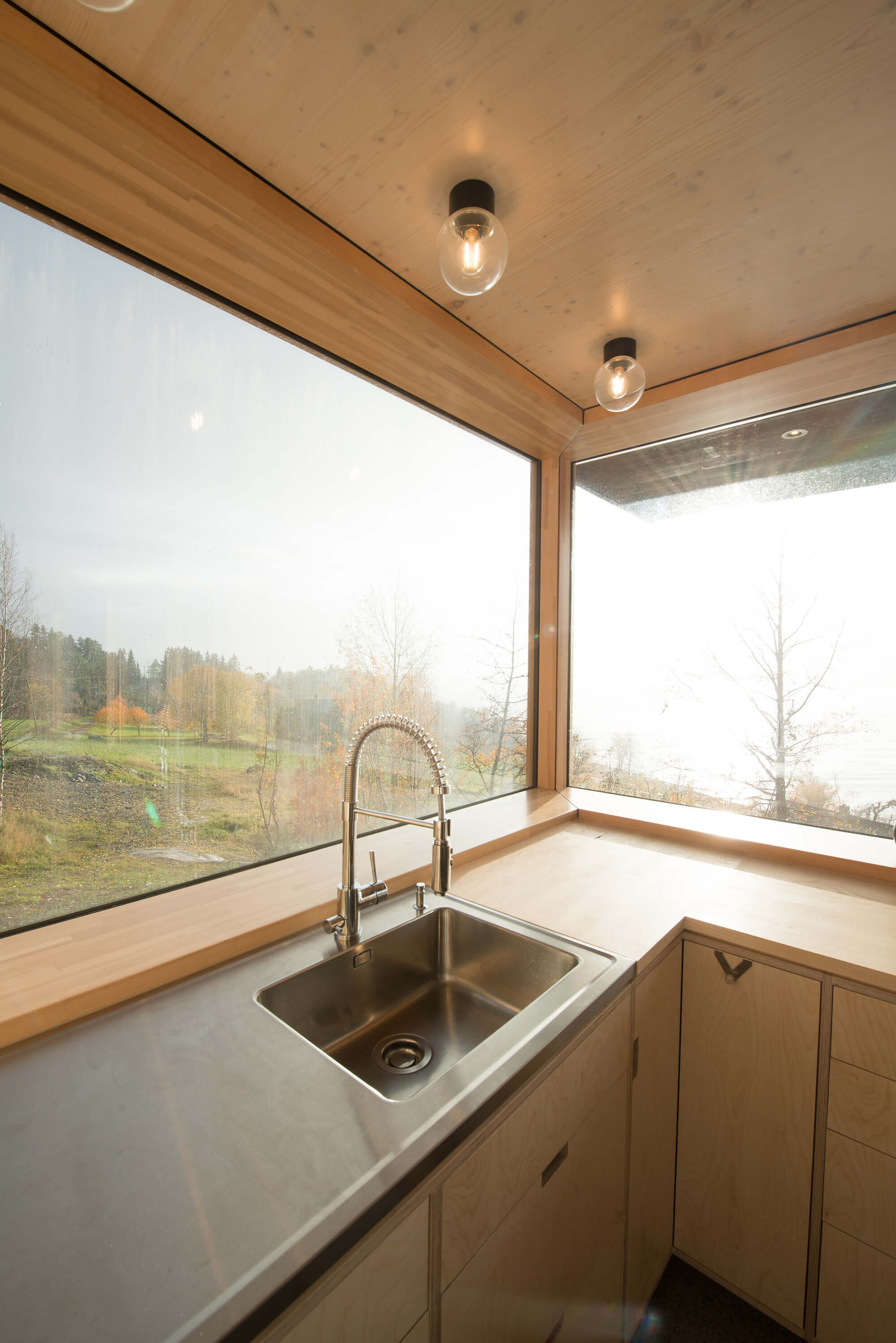 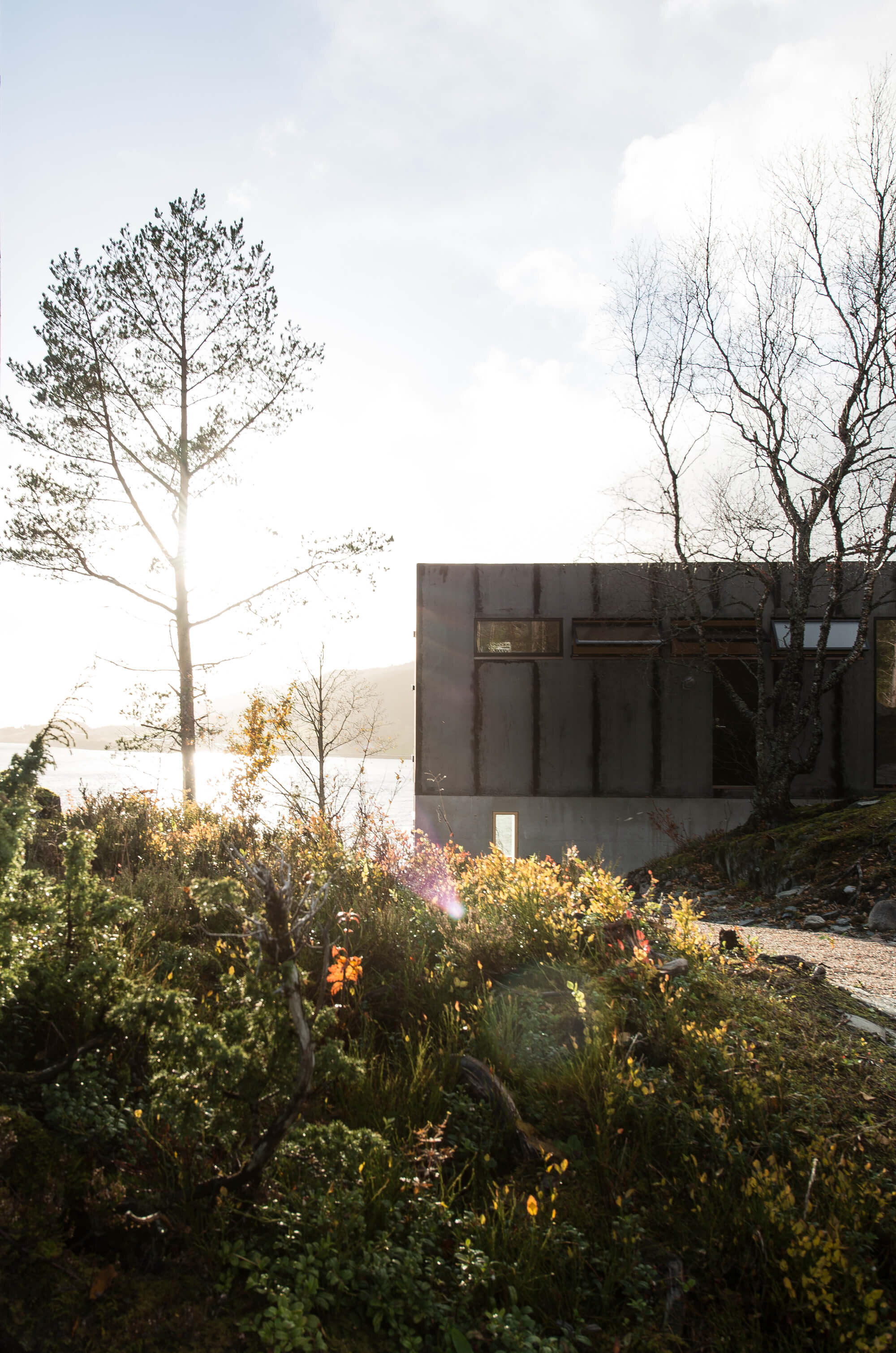 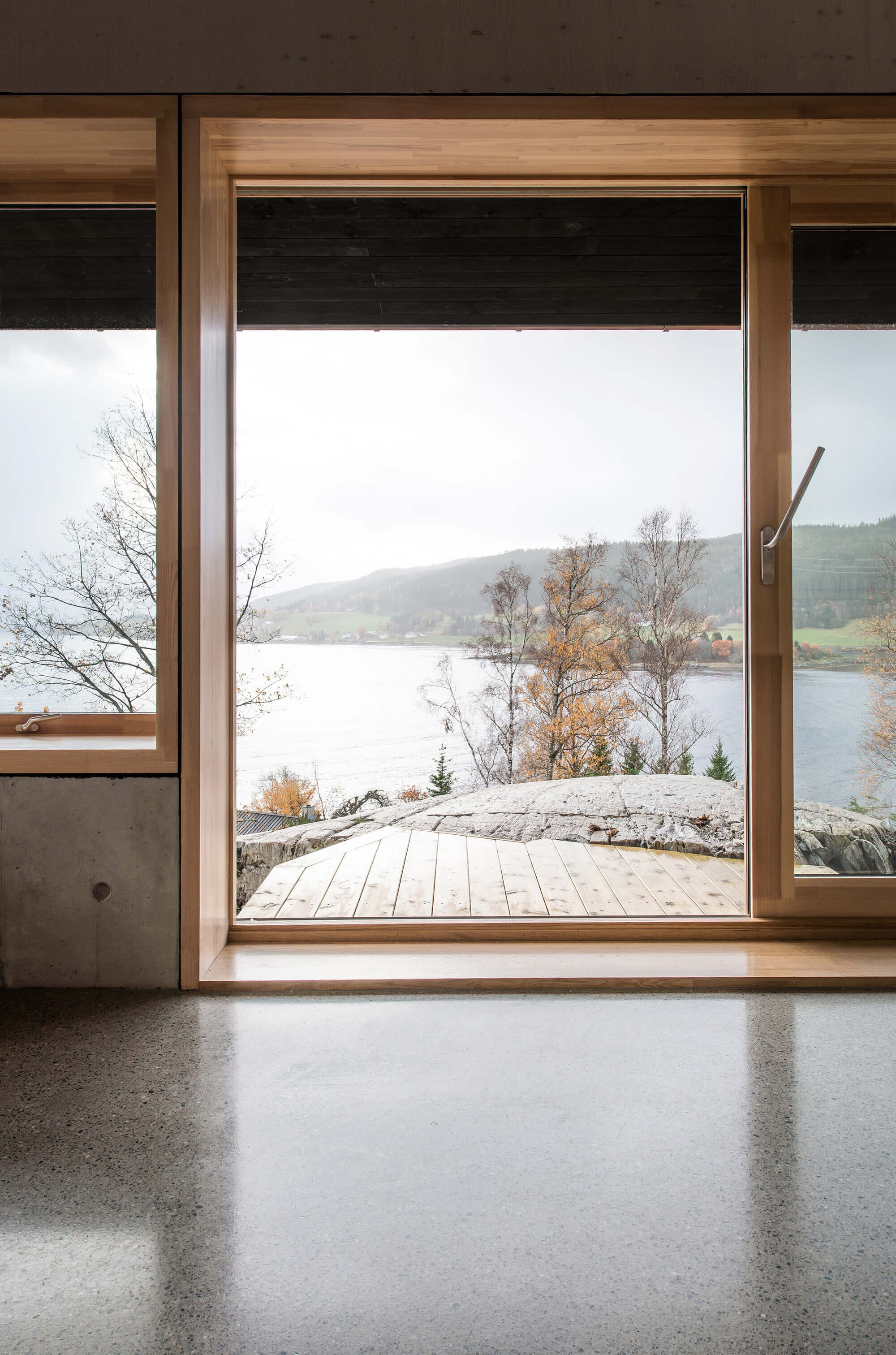 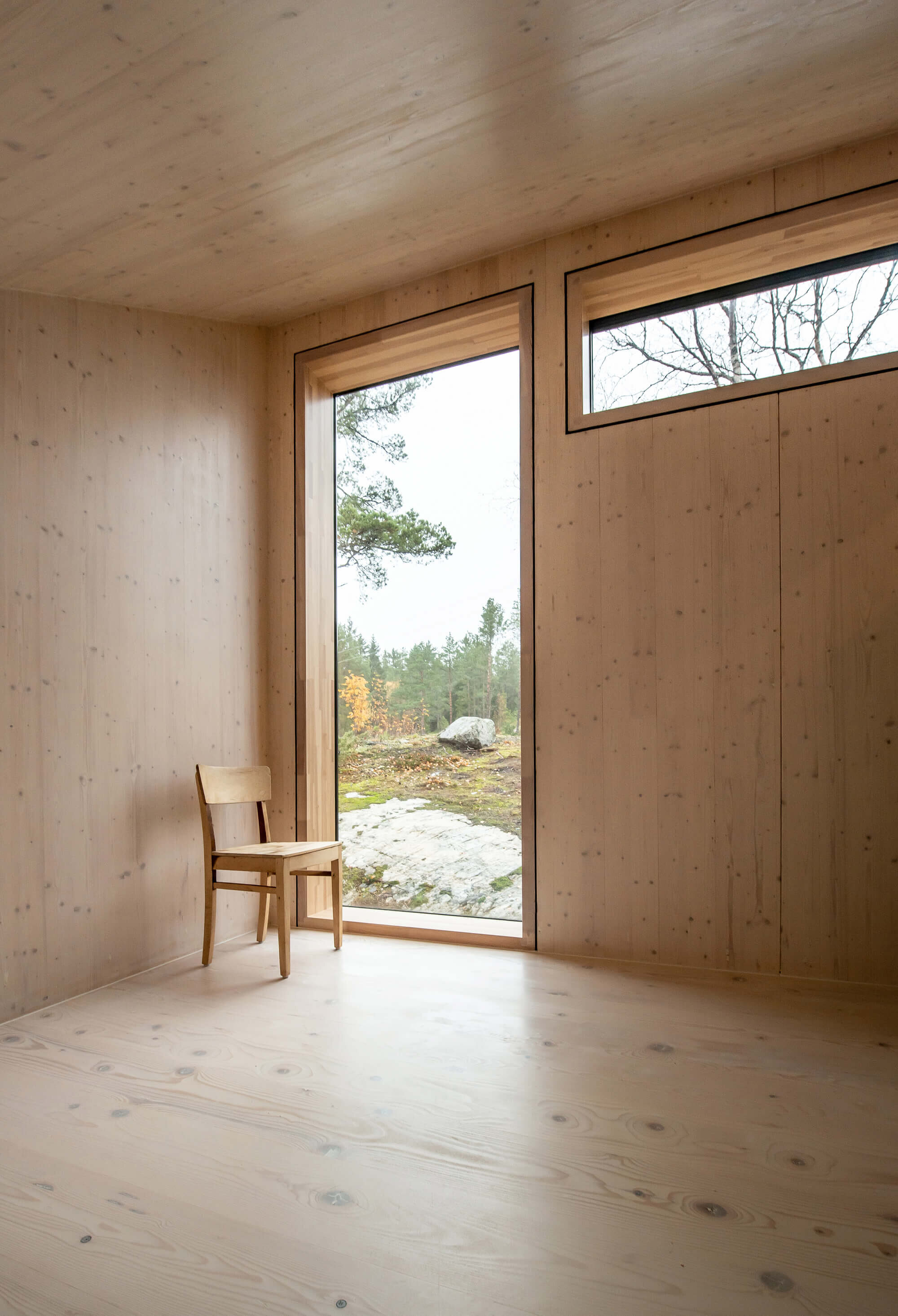 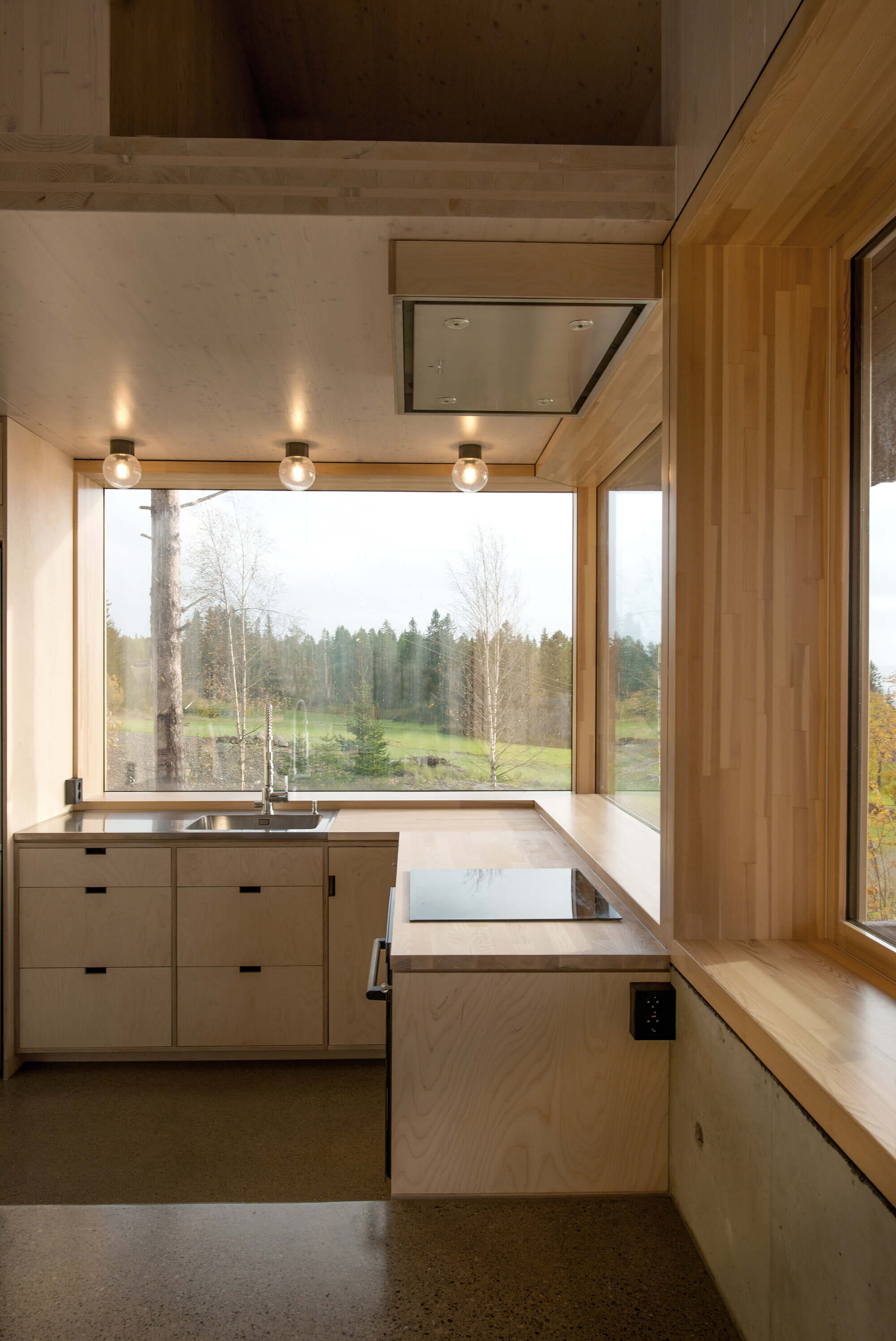 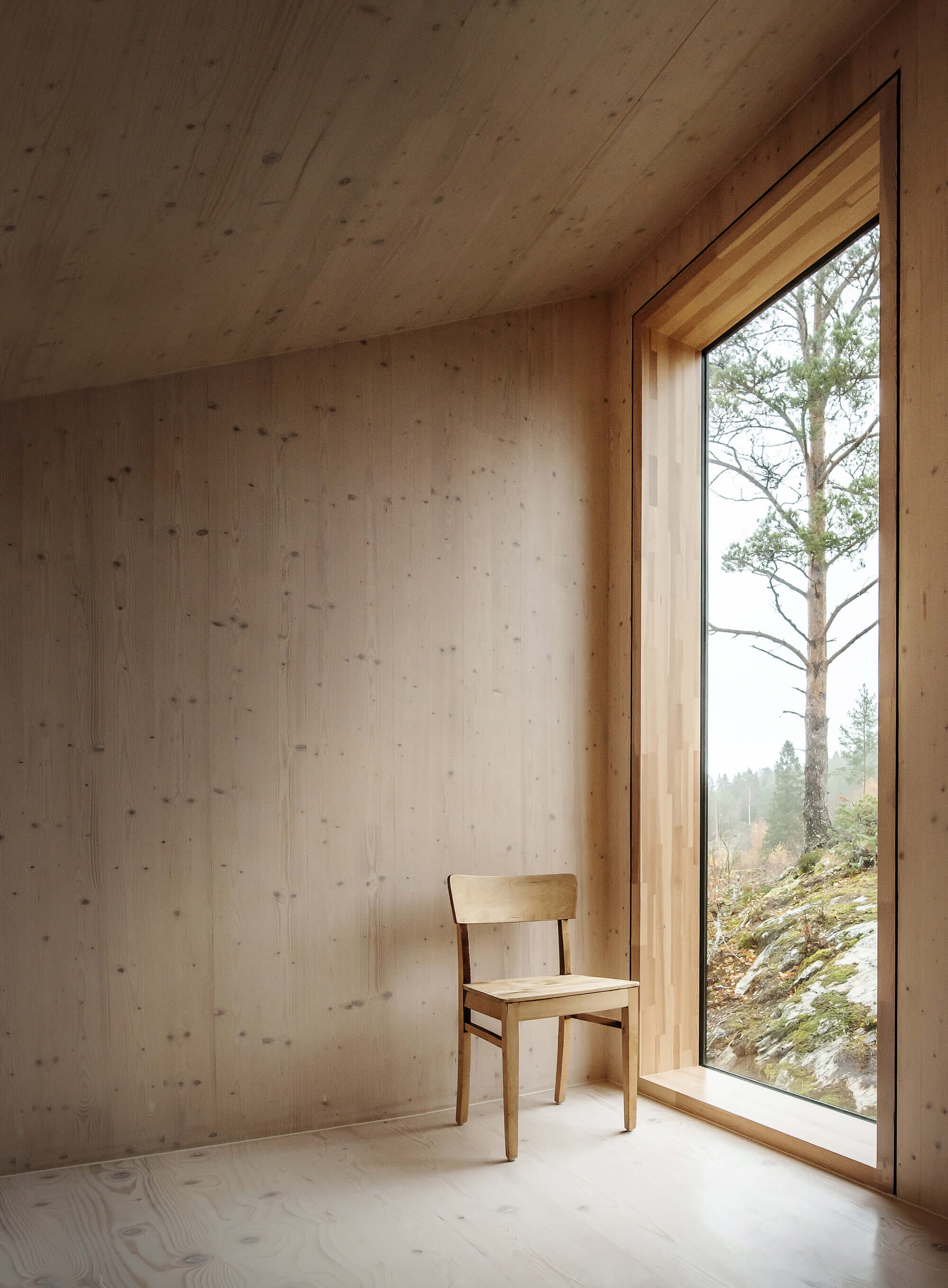 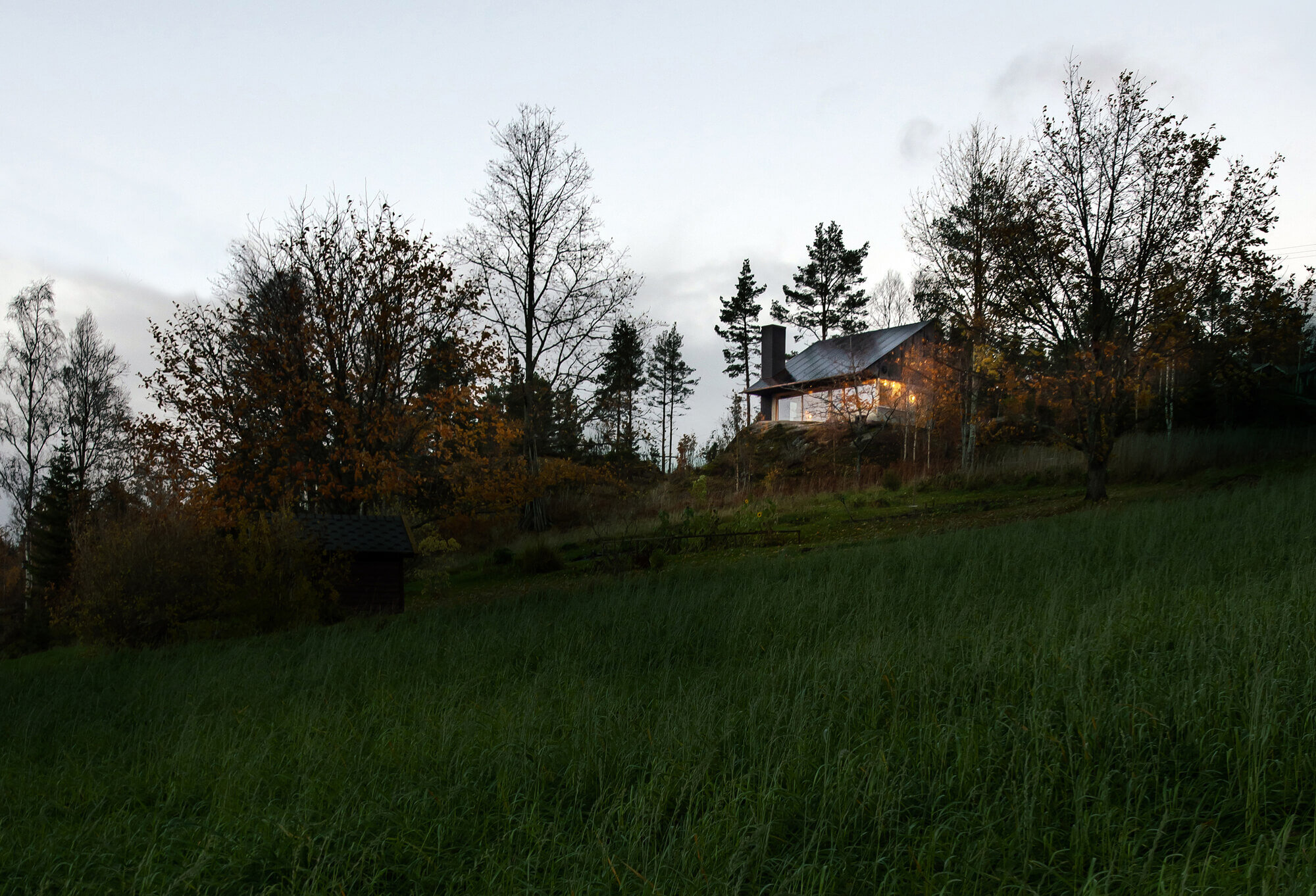 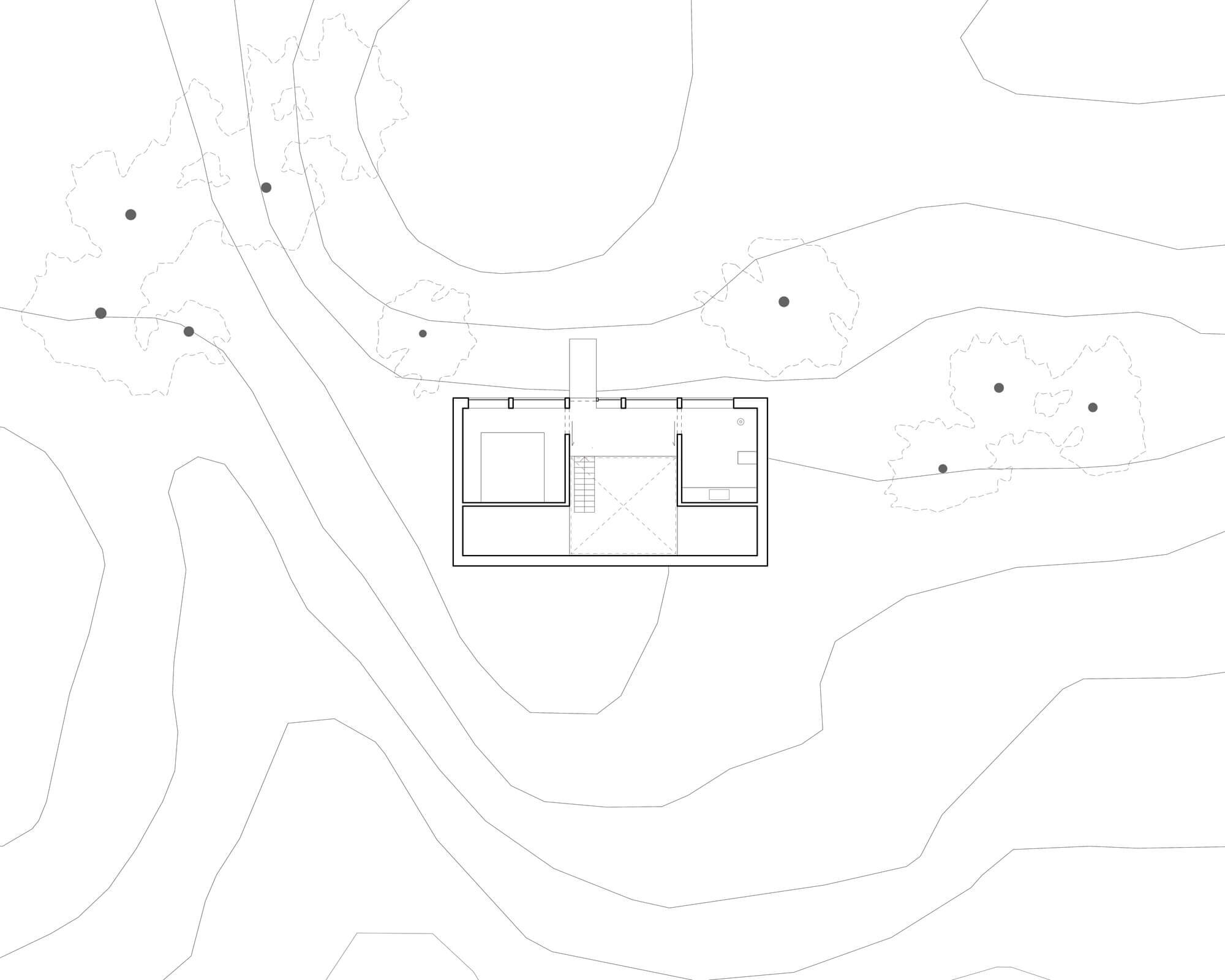 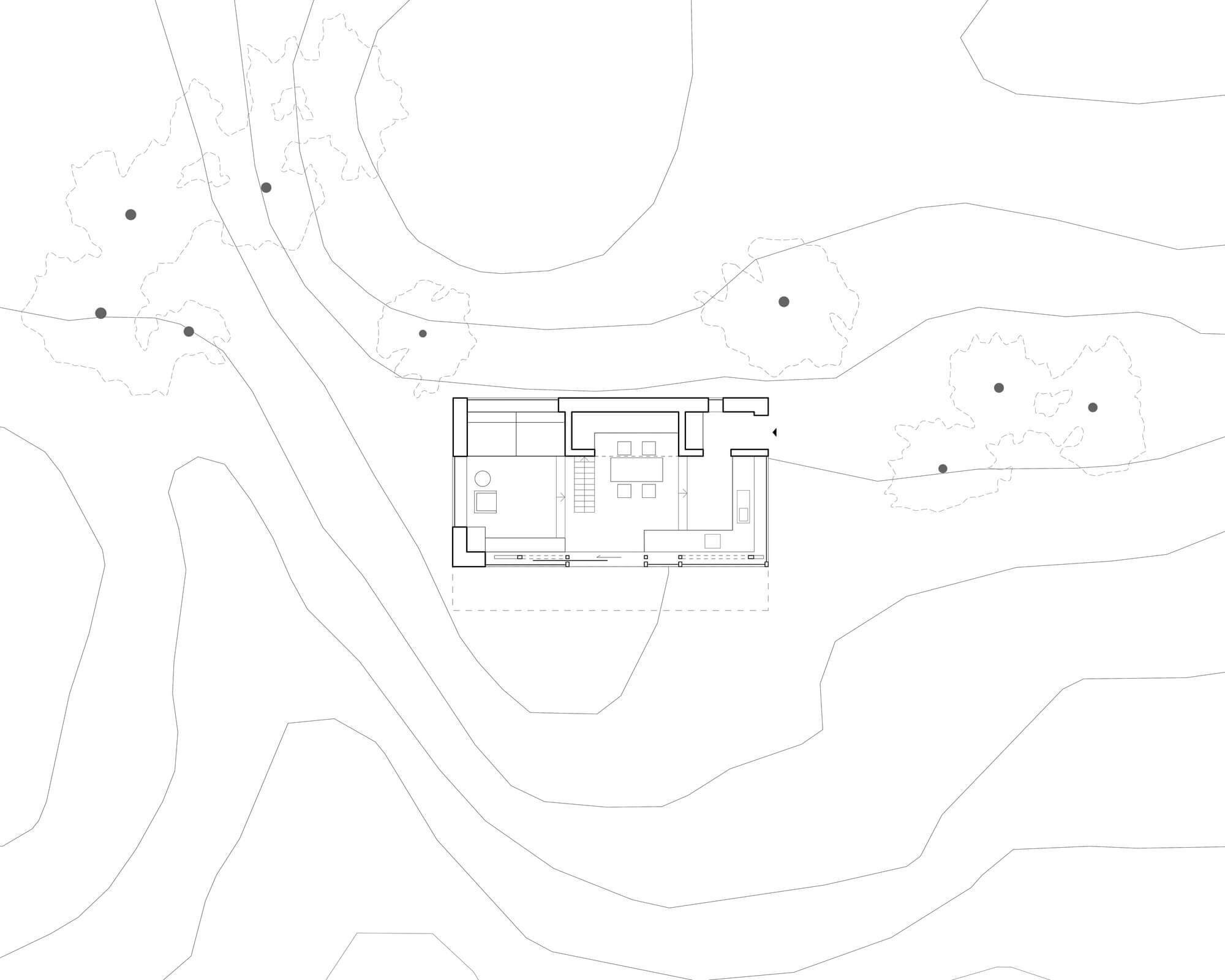 This cozy little cabin can be found among the countryside of Steinkjer in Norway. It’s been created by the architecture firm Sanden+Hodnekvam Architects, with the project being completed in early 2019.

The compact retreat can be found in Rones, perched on a steeply sloping bank that leads down to a fjord. The project has been named after its location – Cabin Rones.

With a footprint of 505.90-square-feet (47-square-meters), there’s not a whole lot of space to go around. That said, the designers have made the most of every room in this simple getaway.

According to the architects, the cabin is the size it is, because they wanted to maintain the unspoiled landscape. The unit’s minimal footprint, and single storey height, helps to minimize its impact on the surroundings.

The site is steep and rough with a view of the fjord. The cabin has a compact footprint which adapts to the landscape and preserves the site and its vegetation. – S+H Architects

Cabin Rones is constructed primarily from concrete. Large wood frame windows have been inserted into the thick walls, providing panoramic views of the fjord and beyond.

The upper level what forms the triangular roof, is created with cross-laminated timber. It forms the second floor and the roof structure all in one. Somewhat unusually, the framing of the large windows on the first floor support the second floor in places.

The interior is characterized by the raw concrete walls, the polished concrete floor, the wooden windows and the 2nd store all made in pine. – S+H Architects

The interior is composed of three areas on the ground floor: a living room, dining area, and kitchen. The upper level contains a bedroom and bathroom.