In the past I’ve written about some houses and concept designs that pretty outlandish, and at times plain bonkers. This elevated home, built as part of an arts project, might possibily top the list.

Called ReActor, the house is capable of rotating and tilting on its supporting plinth. It’s been designed by architect/artist duo Alex Schweder and Ward Shelley. 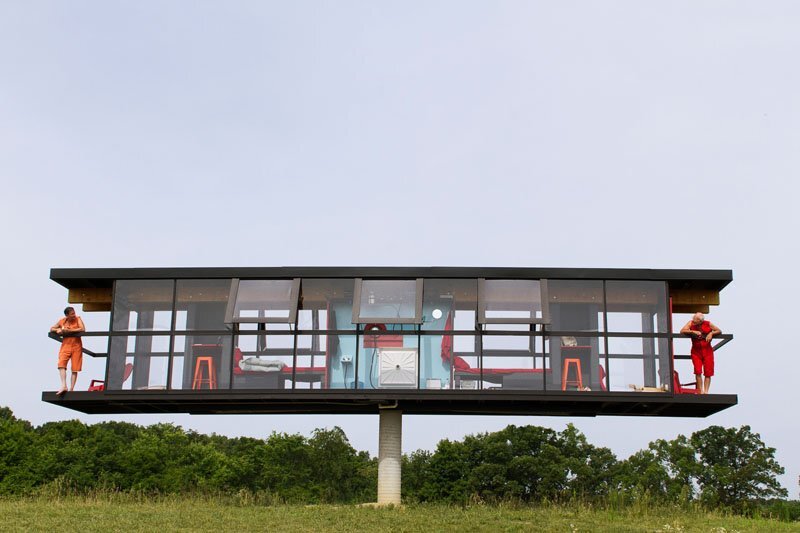 The project was carried out as part of a display for the OMI International Arts Center in Ghent, New York. It’s been coined as a “habitable sculpture”. Schweder and Shelley actually lived in the unit for five days as part of the installation. 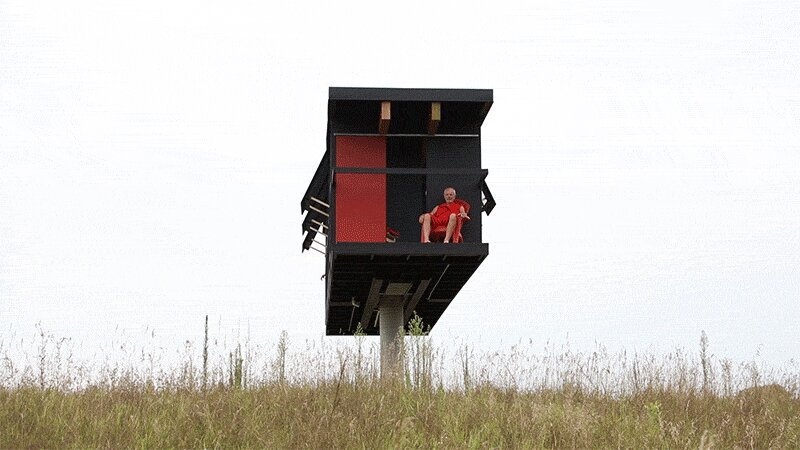 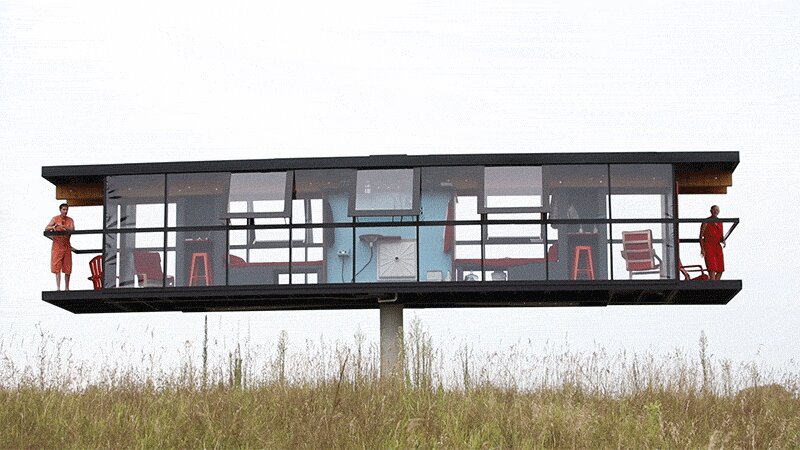 According to the designers, the house’s movements are a response to the inhabitants’ own movements, external forces and the internal conditions. I’m not sure if you’d want it tilting and rotating while attempting to eat your Kelloggs cornflakes, but each to their own.

While there are some obvious practicality issues here, I do find it an interesting concept. Several homes, cabins and other dwellings in the past have experimented with the idea of rotating, usually in an attempt to follow the path of the sun, or the stars at night, but this project takes it to another level.

For more posts on spaces, check out the Collective Old Oak, the world’s largest co-living building. Or, Albang Egg, a series of egg-shaped living pods from Seoul. See all spaces.