Set in the town of Toyosaki in Osaka, this small 355 square foot (33 square meter) town house was recently refurbished by Coil Kazuteru Matumura Architects. The house doesn’t have any known construction date, however it was previously renovated back in 1964 (the year of the Tokyo Olympics). 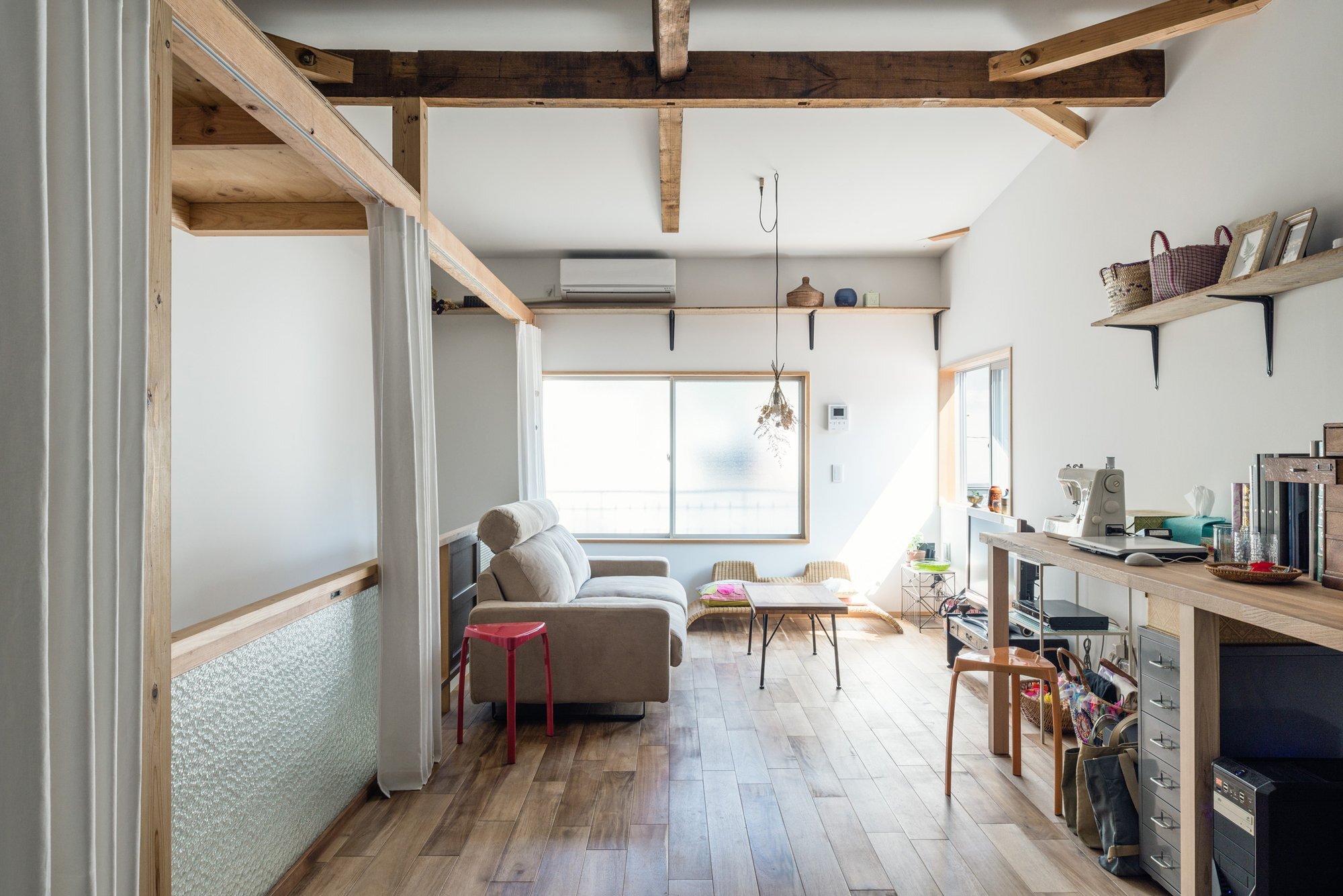 The house is located in a downtown district with easy access to public transportation, such as the subway and Umeda station (a transportation hub that serves North Osaka). The current owner bought the house without being able to find out much about its date of construction, or who originally built the home. 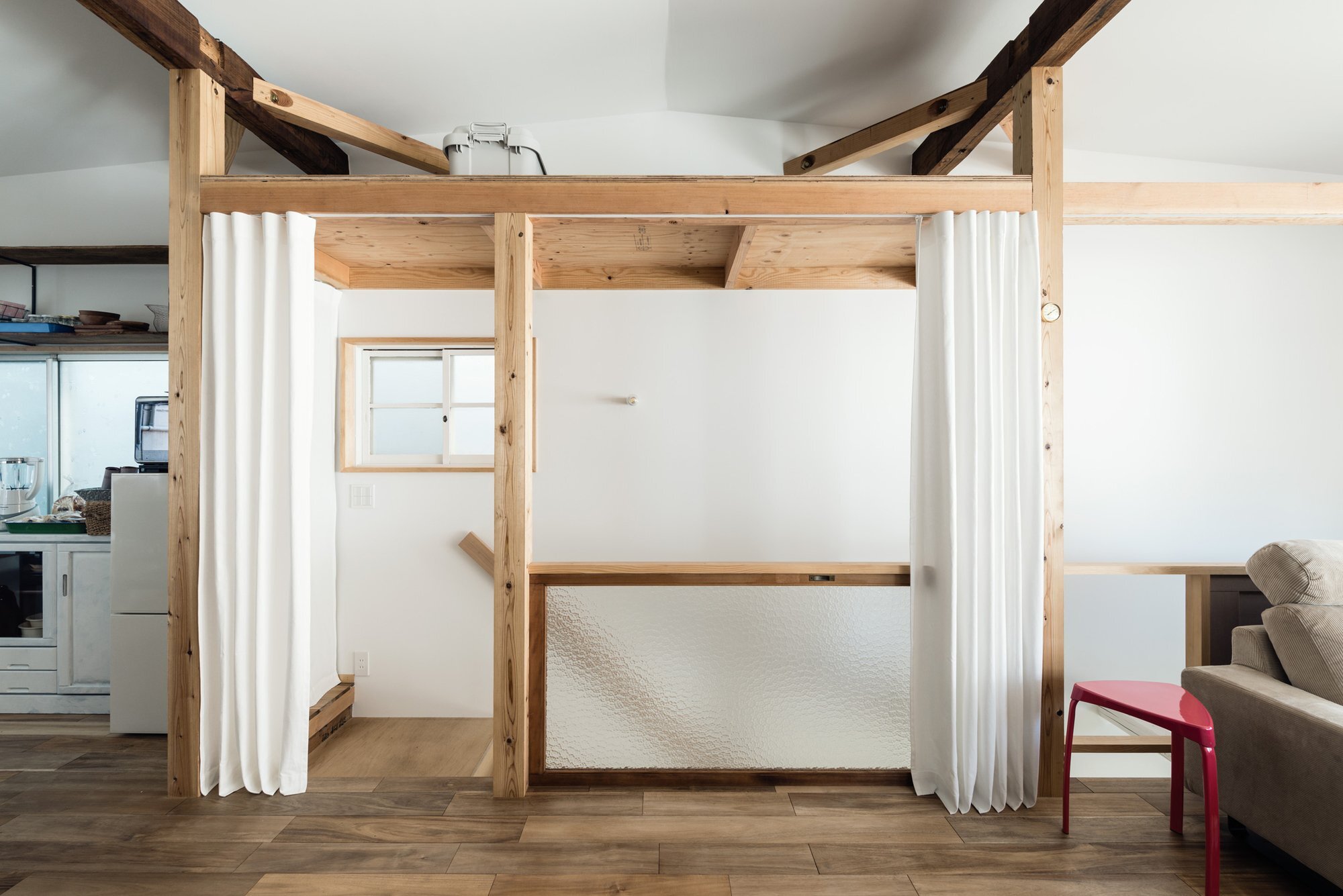 A considerable amount of internal demolition took place, both to rid the interior of partition walls and to assess the building structurally. The house was also re-insulated to bring it up to the quality of new builds, meeting Japan’s energy saving performance program. 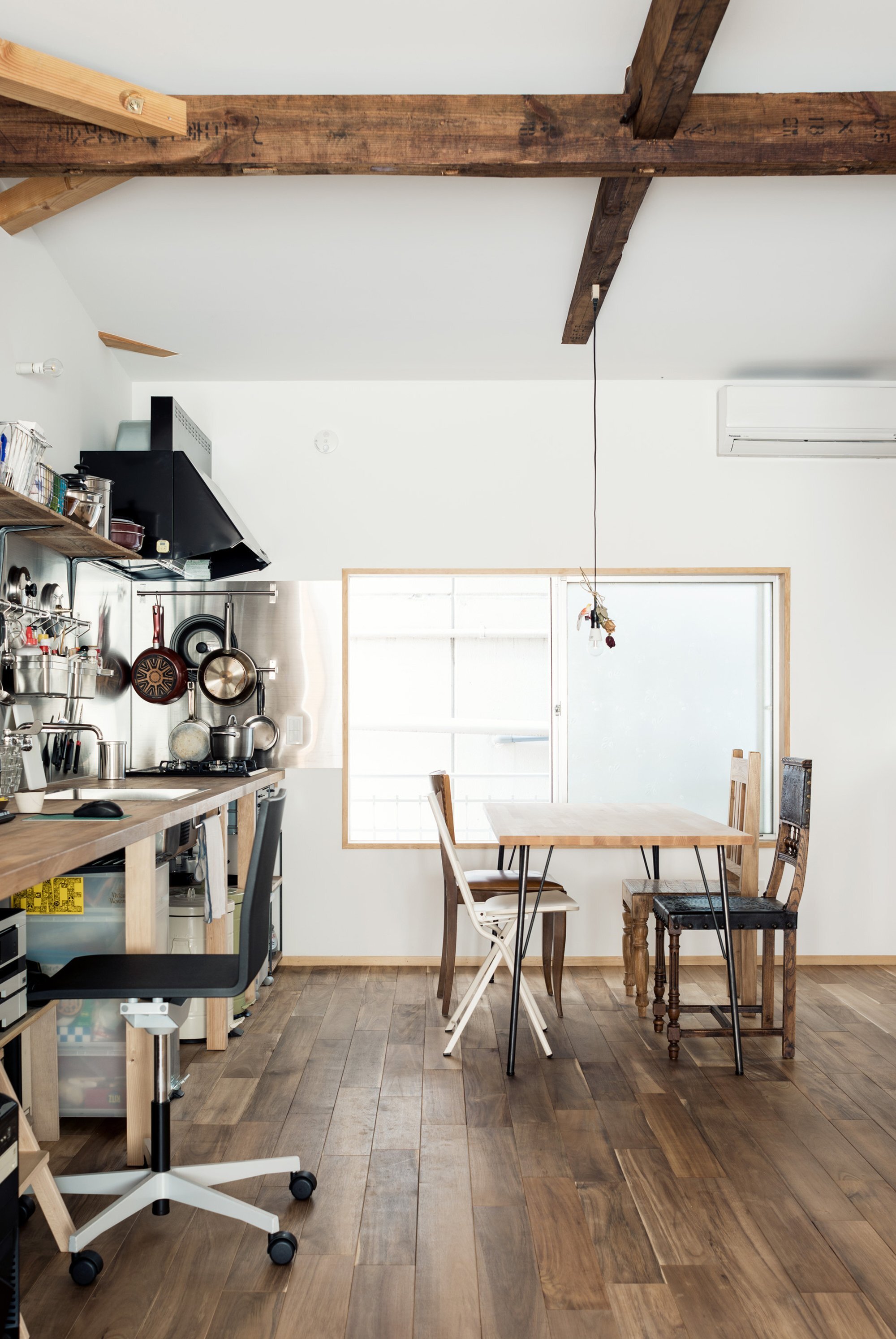 As part of the renovation, all the doors were removed from the living spaces, bar the toilet and bathroom. Instead the spaces are softly divided up with curtains, allowing the owner to adjust the privacy level as required. The first floor contains a domo (entry area), bedroom, and a generously-sized bathroom/washroom. A separate toilet can be found beneath the stairs. 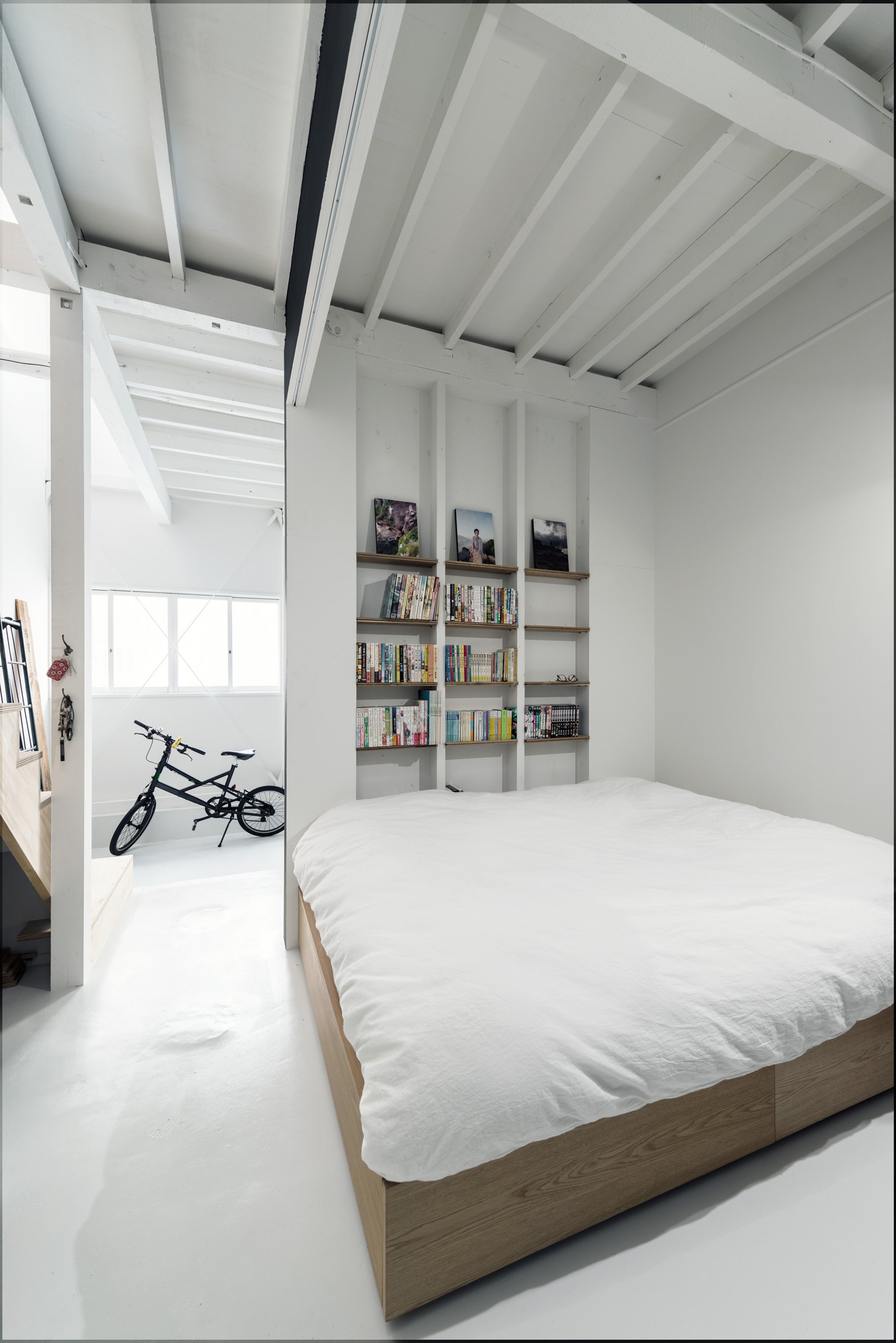 The upper level contains a kitchen and dining area, a workstation, and a living room. By removing the partition walls they were able to make the space feel larger, and also introduce more light. The ceiling has been opened up, revealing the timber beams and providing some character and history to the house. 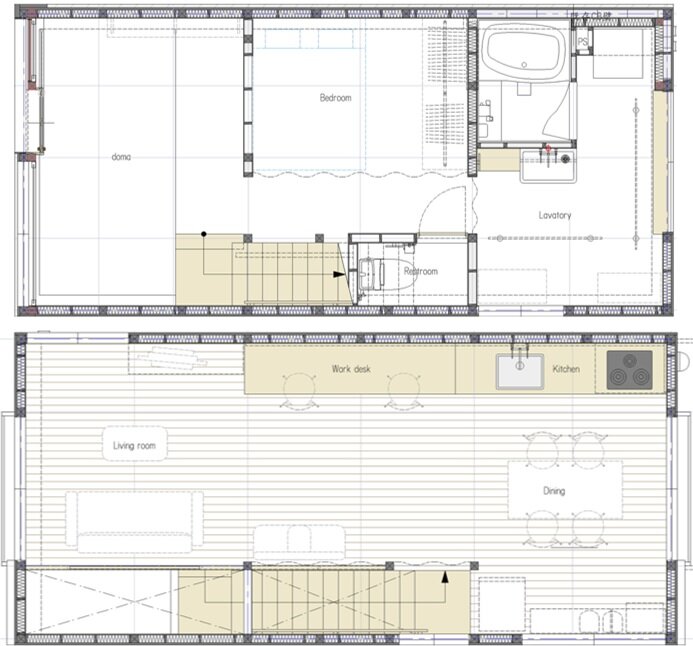 The house is furnished in an eclectic mix of old and new furniture pieces. The same applies to the structure – new beams can be seen among the much older timbers of the house. Rather than looking odd, they complement each other well. The main aim for the architects was to create a home that would “softly surround [the] new couple’s life”.

For more Japanese houses check out Frontier House, a hexagonal home in Toyoake. Or this modern multifunctional house by SNARK. See all Japanese houses.

A Split-Level Small House in Tokyo for a Young Couple