Dubbed the “Re-slope House”, this hillside home can be found in Suwayama in Kobe. The house has been designed by the Japanese architect Tomohiro Hata and is now home to a young family. 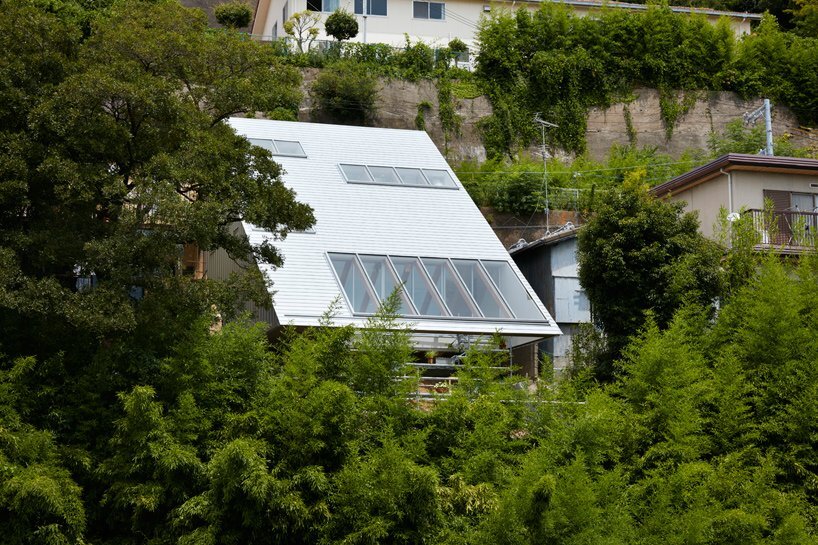 To create the home, they first had to demolish an existing building on the site. With the existing structure removed, they were free to develop a house that would work with the natural topography. The result is a building which follows the slope of the hillside, and features an interior with terraced living areas. 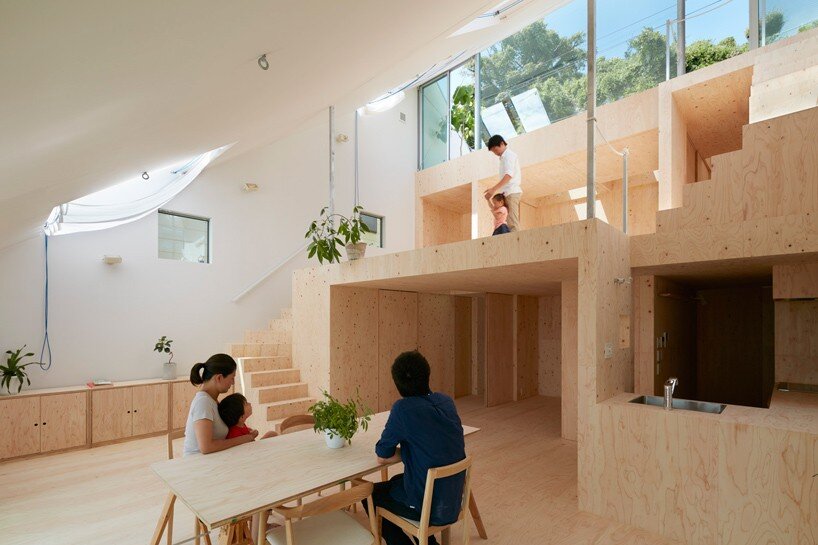 From the outside, there’s not much to see other than seam metal roofing and the several large roof lights. On the inside they’ve mixed a palette of white walls, with the the custom-built wood furnishings and the greenery of indoor plants. The windows and roof lights focus on providing views of either the sky, or the surrounding vegetation. 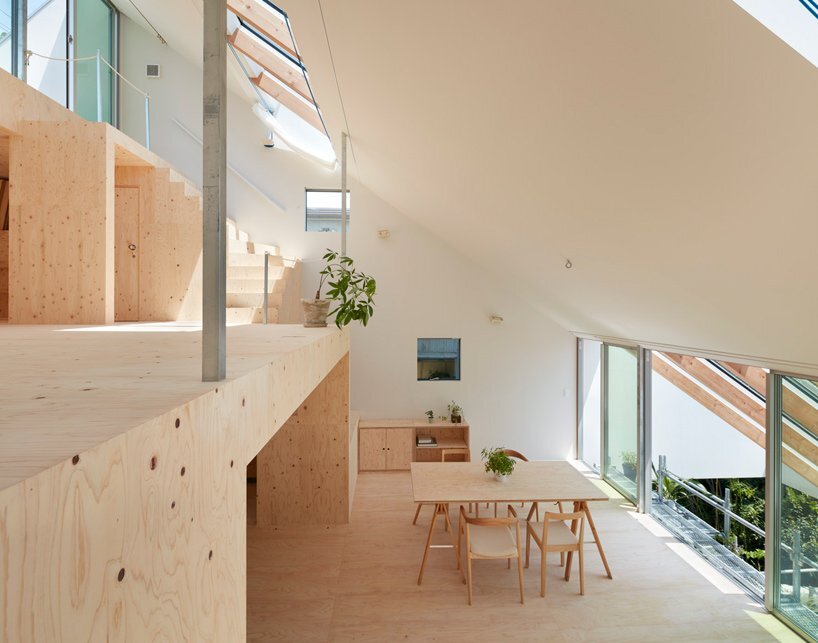 The tiered living areas are all open to one another. One aspect some people might complain about is the lack of safety railings. Japanese residential architecture seems to be fairly lax when it comes to railings, and people usually either love it or hate it. In this case, I quite like the openness, and they’ve even provided a rope guard to stop you falling into the kitchen sink. 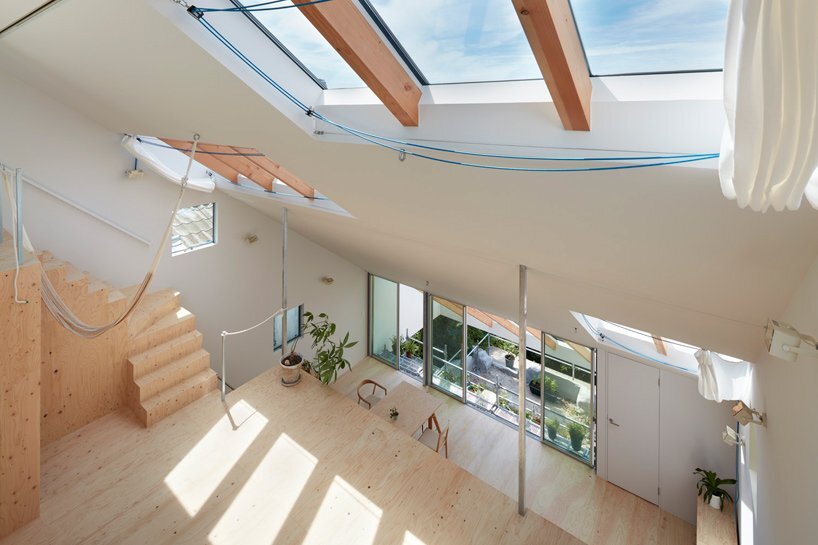 Apparently the lack of handrails is down to the client; they believe that eliminating every possible danger from your life will eventually prevent you from overcoming even the smallest of risks. From the architects perspective, they were aiming to create a playful environment, something which I think they’ve succeeded in. 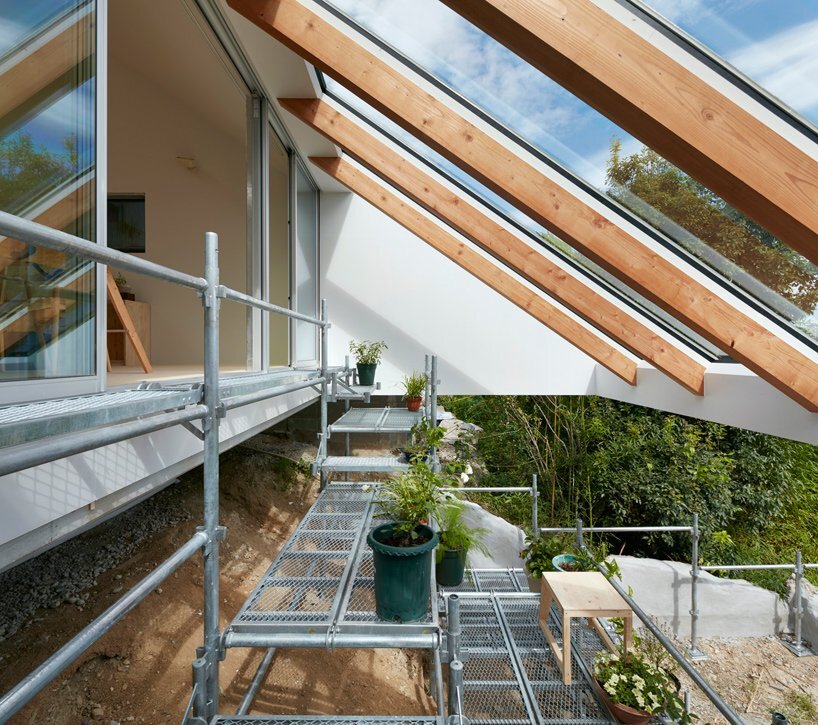 My favorite aspect of this design is the tiered garden to the back of the home. It features a sheltered upper section that’s open to the hillside on the lower half.

For more Japanese houses check out this multi-generational home by Torafu. Or, this small minimalist house by Tofu Architects. See all Japanese houses.