This Japanese house has been designed by Tokyo-based architecture studio, Another Apartment, for a small family of three. Called the Long Window House, the home is built on a lot that measures just 58 square-meters (624 square feet), and the house itself has a footprint of only 23 square meters (247 square feet). 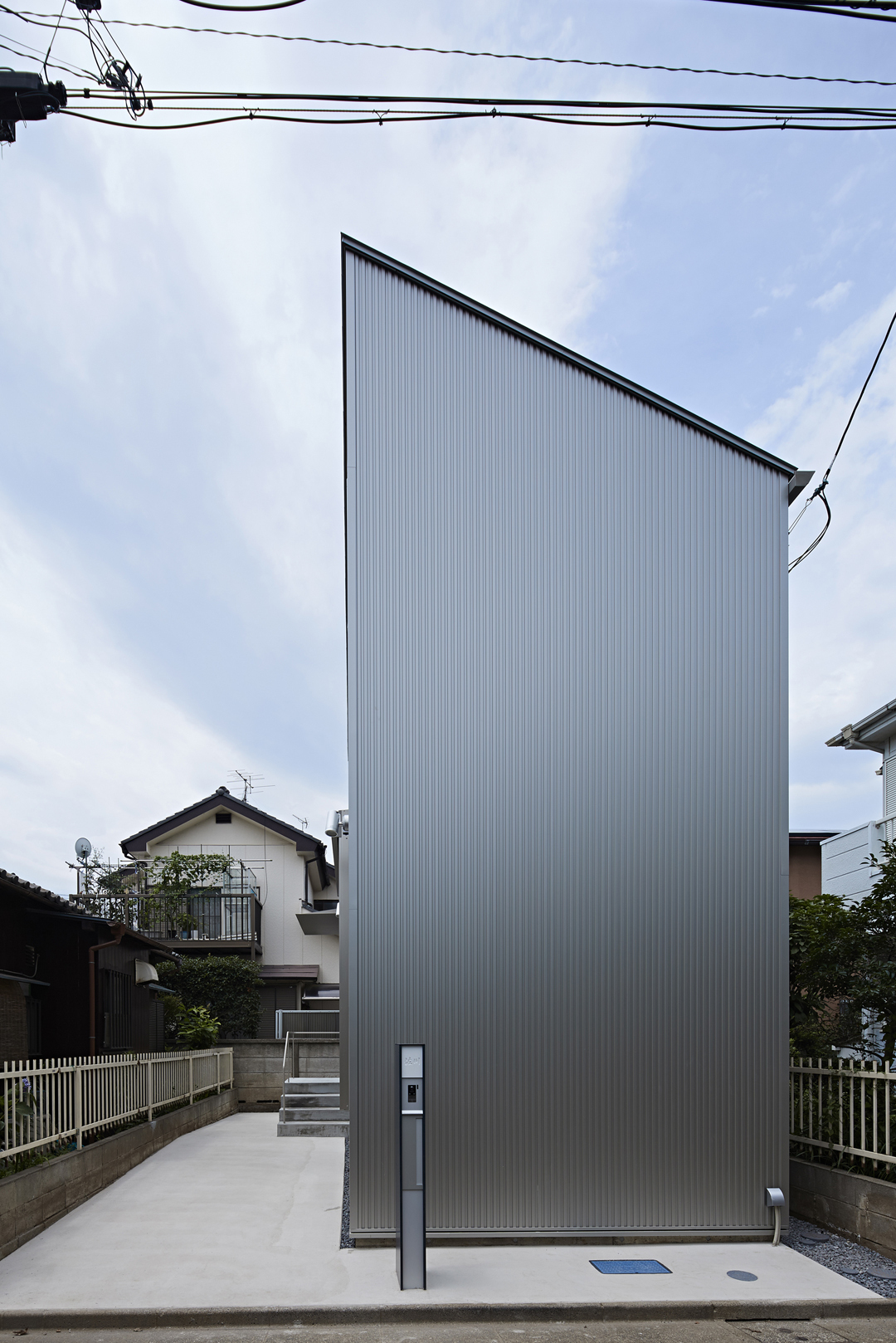 Like most of the Japanese houses we feature, the Long Window House is quite narrow – it looks to be 4 meters or less in width, but unlike it’s contemporaries, this house doesn’t features any door or window openings on its front. The clients wanted to create a house which would provide both privacy, and adequate natural lighting.

The property is surrounded by other houses on three of its sides and so Another Apartment architect, Tsuyoshi Kobayashi, decided to position the house on the northern edge of the site, and to incorporate window and door openings on the south-facing wall. 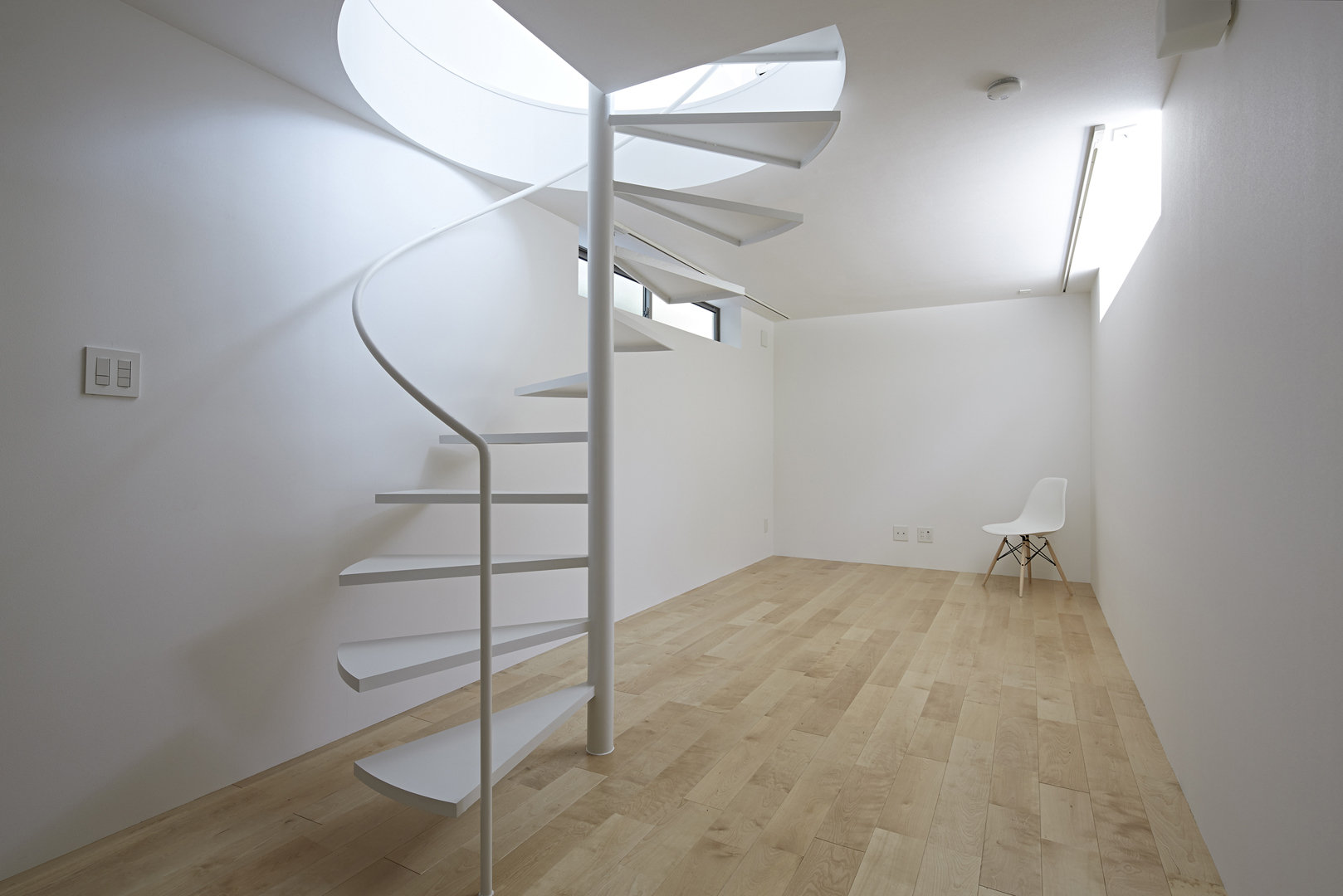 They left the front of the home completely sealed, and reduced the overall width to create a small courtyard area that primarily acts as a parking space. This step back from the neighbouring property allowed them to provide adequate natural lighting, with windows installed along the length of the building, while still maintaining the privacy of the occupants (there are few windows on the adjacent neighbours wall).

From the architect: “We adopted a plan to make maximum use of openings on the south face and the roof for natural illumination, ventilation and views. The living room on the first floor is located a little higher than the ground level and has an atmosphere like a broad veranda as a whole.” 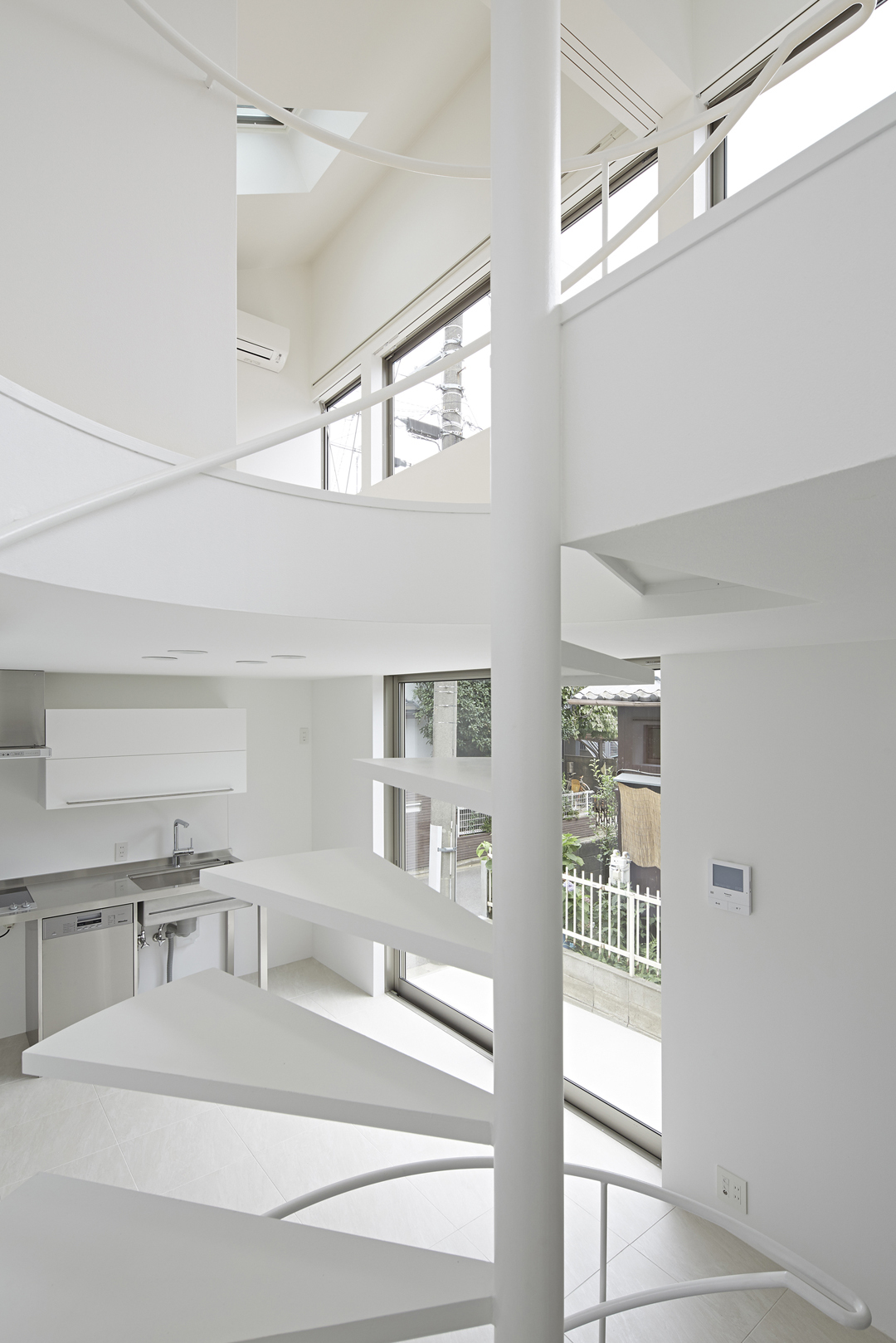 The ground floor is dedicated to the mechanical areas of the home, featuring a small kitchen on the right, and the bathroom on the left. The center of the ground floor acts as the living area, with a cantilevered spiral staircase providing access to the other areas of the house. There’s also a large full-height sliding window that opens up to a narrow patio. 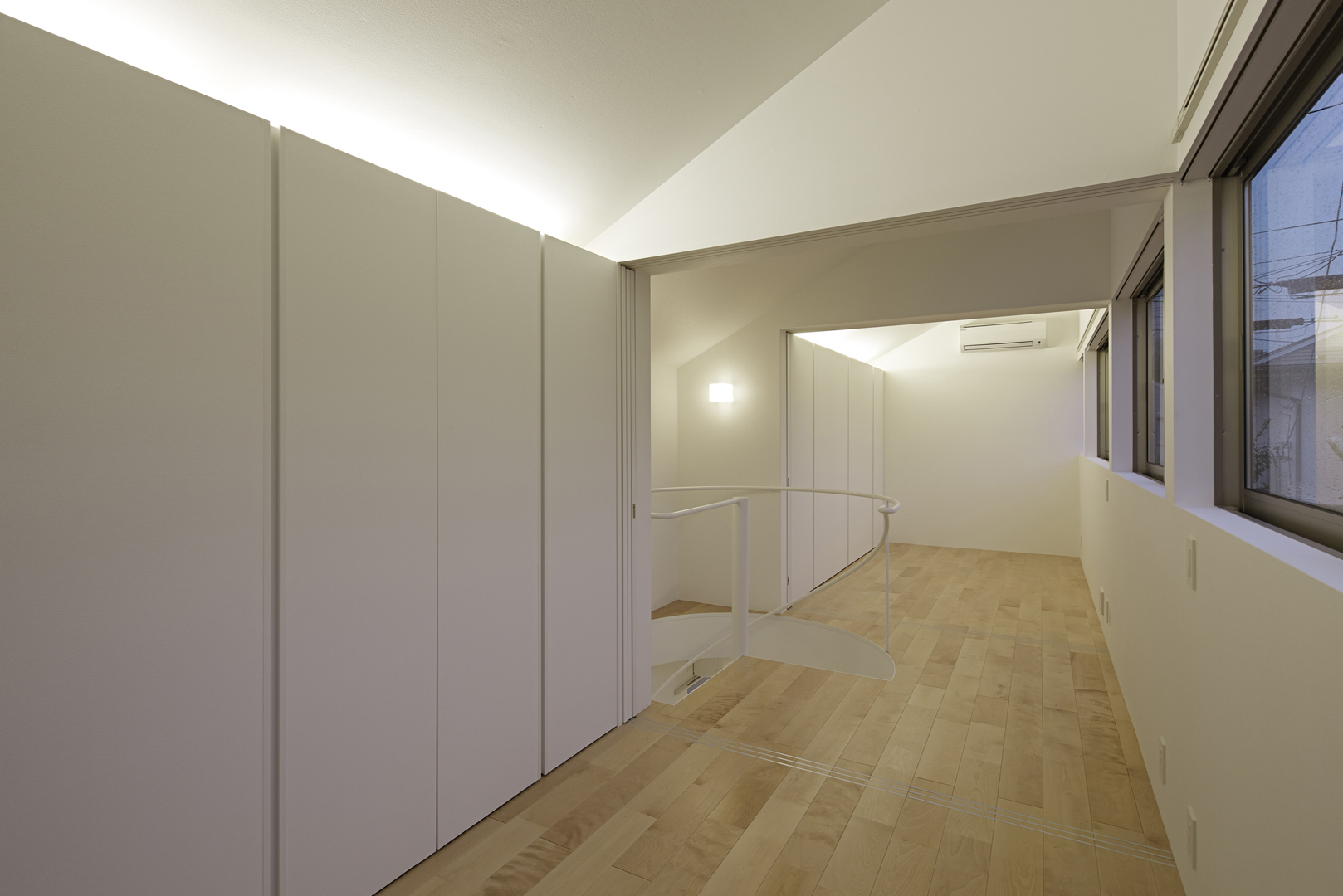 The basement has been designed as a theatre, and is lit by two small windows and light that floods down from the staircase.

The top floor of the house contains the bedrooms. The rooms can be sectioned off with sliding partitions, or the space can be left open if needed. Each bedroom contains ample storage space with floor-to-ceiling closets, and the left bedroom even contains a hidden sink. The top floor has been generously glazed with windows along the entire length of the room. 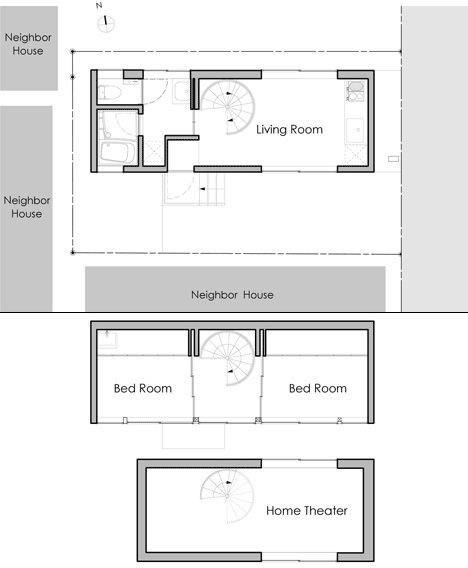 This isn’t the first house by Another Apartment that we’ve featured, check out this other small house on a narrow lot designed by them. Or see all Japanese houses.

Filter Studio is a Flexible Space by Camera Buildings