In 2008 TYIN, a non-profit humanitarian organization, travelled to Noh Bo, to a small village on the Thai-Burmese border. The village is made up of mainly Karen refugees, with a high percentage of them being children. They developed a project called Soe ker Tie to house the increasing numbers of Noh Bo.

The aim of the project was to create an environment with which the children would be familiar. They wanted each child to have their own private space, a home to live in and a neighbourhood where they could interact and play. The solution to these challenges was to produce 6 sleeping/living units.

The butterfly roofs lead the villagers to name the units as Soe Ker Tie Hias; The Butterfly Houses. They feature local techniques, such as bamboo weaving in the façade which is used in local houses and crafts. The bamboo used in the project was sourced locally, just a few kilometres from the site. 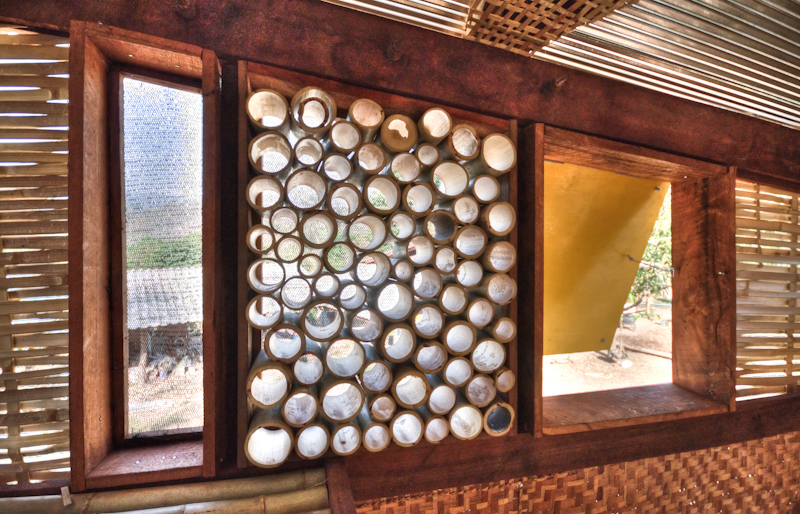 The butterfly roof shape creates an effective, natural ventilation, while also collecting rain water. The iron wood construction is prefabricated off-site and then transported and assembled on-site. The majority of the materials were delivered from by the Karen National Union. The Burmese’s dependency on tropic timber has led to problems related to sustainable foresting. 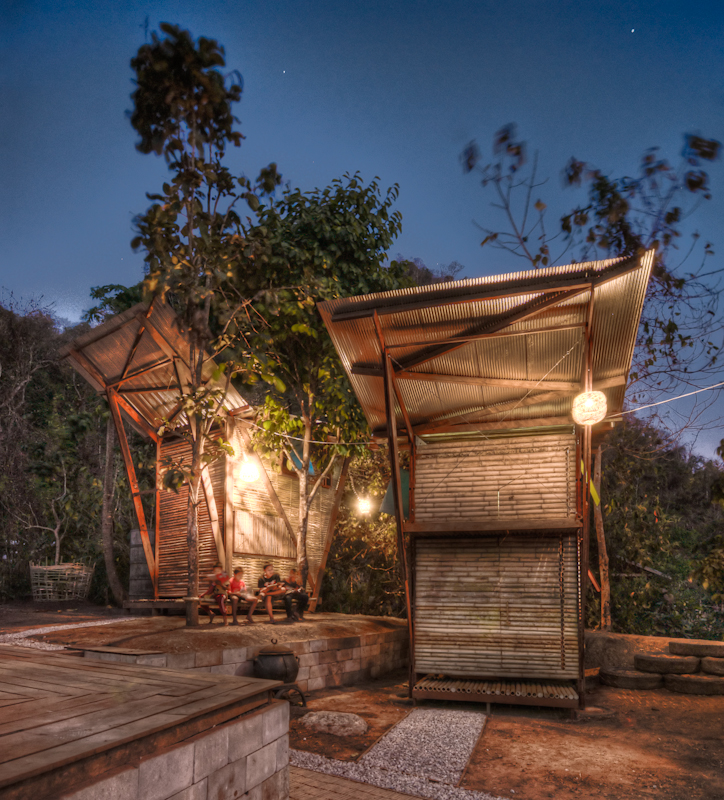 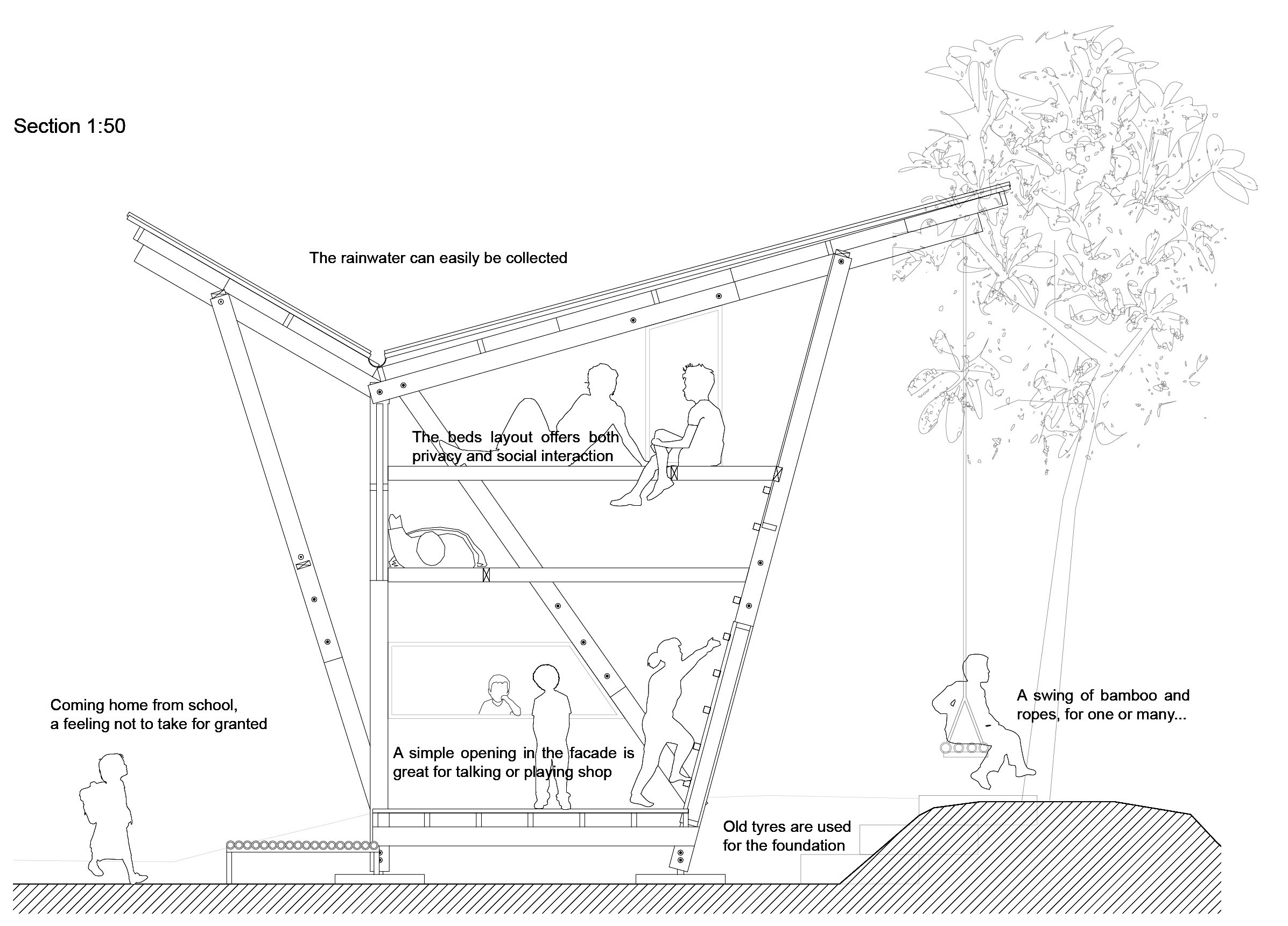 The units are elevated off the ground on four foundations, eliminating problems related to moisture and rot. TYIN spent a total of six months with the locals of Noh Bo, and they hope they have left important principles like bracing, material economization and moisture prevention with them – possibly leading to more sustainably produced buildings in the future.

A Tiny House For One – The Diogene Cabin

A Dome Home In Thailand That Costs Just $8,000 To Build