This small house from Kodaira, Japan features a bare, minimalist interior and attempts to maximise its intake of natural light despite having limited options for window openings. The house is called Pointed GEH House has been and design by the Tokyo-based architecture company, I.R.A (International Royal Architecture). 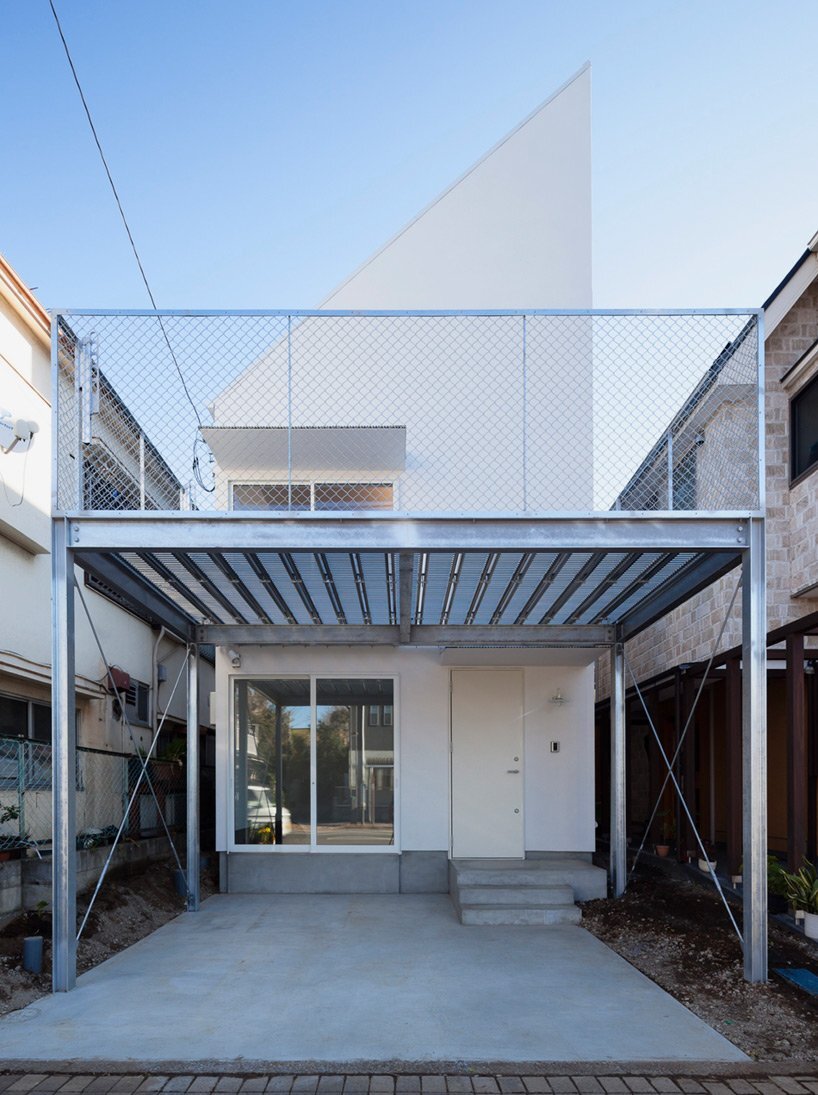 The main body of the house is approximately 12-by-18 feet (3.6-by-5.4 meters) and contains two main levels with mezzanine, bringing the overall usable floor space to 550 square feet (51 square meters). The exterior of the house also features a galvanised steel deck, giving the house a rather austere aesthetic from the outside. 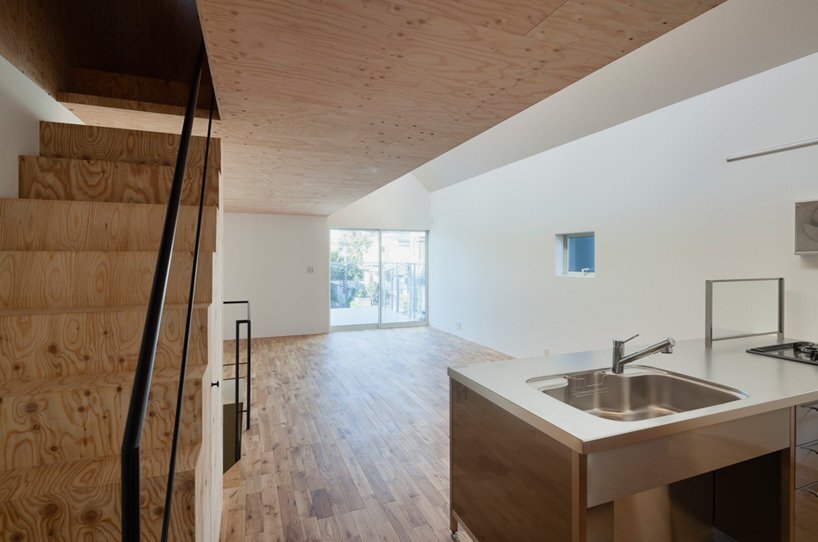 Pointed GEH House is located in the densely populated residential neighbourhood of Kodaira, a city in Tokyo’s western region. As can be seen from the pictures, the house is only feet away from the adjacent buildings. This is a common sight in Japan’s cities as the population seeks to capitalise on what limited space is available to them. 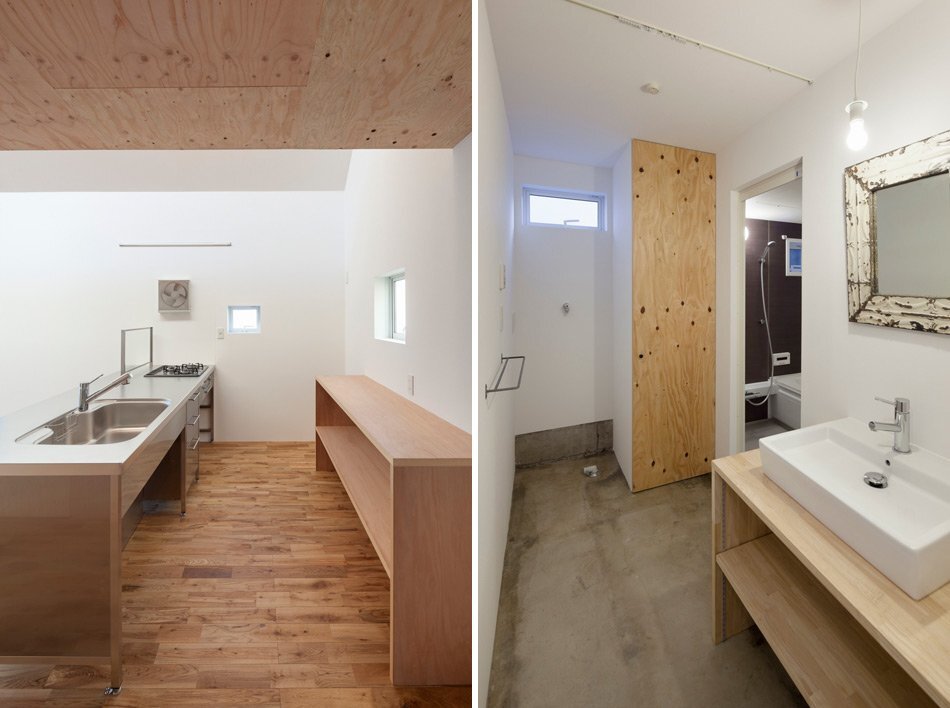 The house’s close proximity to the adjacent buildings provides some challenges regarding fenestration. The largest openings are found on the front façade, where sliding patio doors serve as the main source of natural lighting for the living spaces. These openings are supplemented by a number of smaller, carefully position windows at the rear of the house. 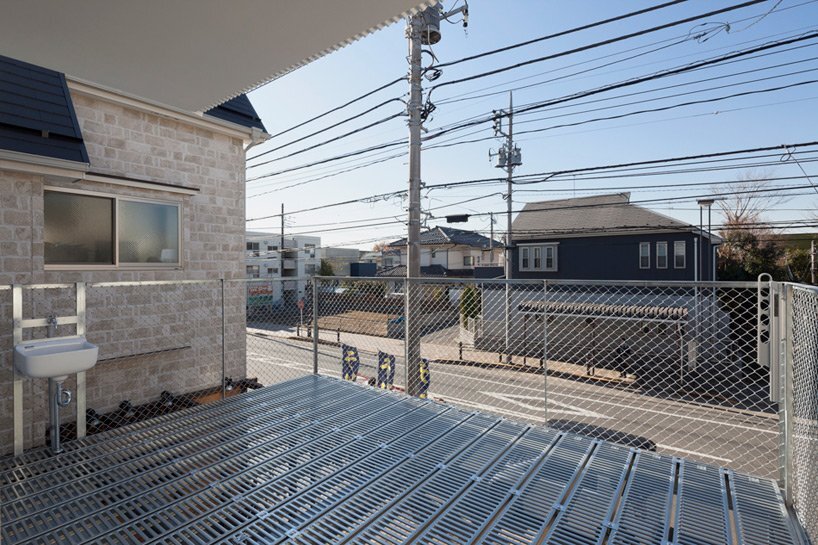 The first floor is contains the master bedroom, a spare room and the bathroom (with the bath, sink and toilet being split up). The main living space is found on the second story of the home, and contains the living room, kitchen and dining area. The exterior deck can also be accessed from this level, which has its own outside sink (I’m not entirely sure why). I suspect there are some skylights above the main living area, as it features a cathedral ceiling, but there’s no indication of this in the plans.

The final and third level of the home is a mezzanine like space, except it’s closed off to floor below. This floor contains a second smaller bedroom and a workstation/study space. The house has been finished in a white palette throughout. Some of the surfaces, such as floors, ceilings, and furniture, are finished in a mixture of woods adding some warmth to the home.

A Small Loft in Camden by Craft Design