Everyone one needs a little space they can escape to, particularly in large cities where its easy to get sucked into the “go, go, go” mentality. This retreat is set on the rooftop of a 30-story build in Melbourne.

The rooftop has been transformed into a relaxing green space thanks to the help of local design studio BENT Architecture. The work has been carried out for two professionals who are down-sizing, but want to maintain an outdoor space. 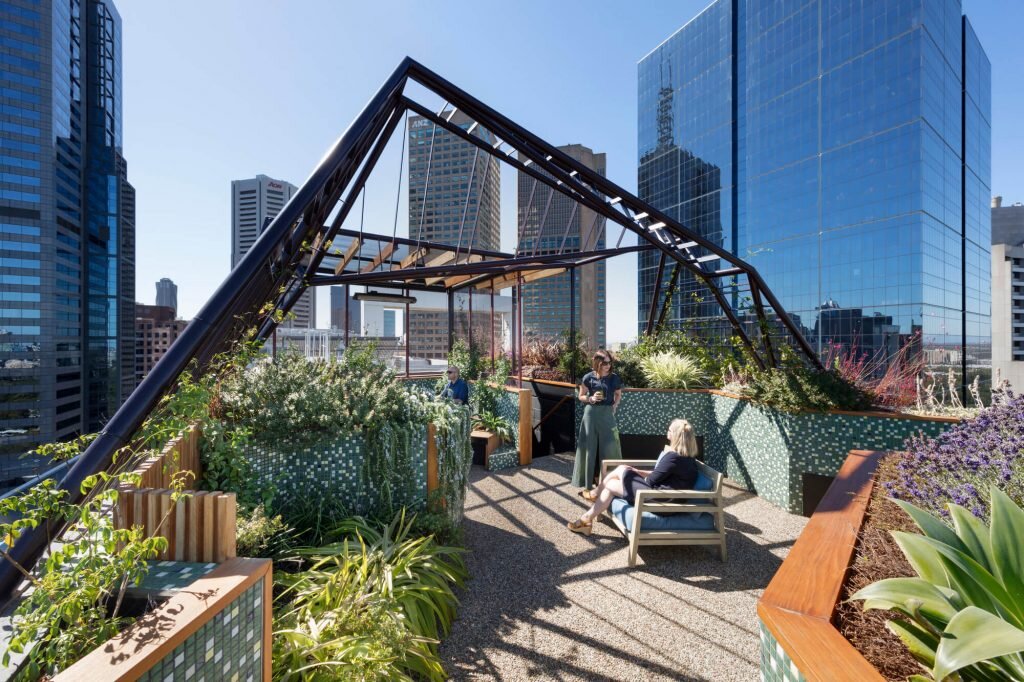 The garden is composed of a very generous – especially since its set on a high-rise – 484-square-foot (45-square-meter) space. What was once a plain old rooftop is now a flourishing garden, complete with spaces for socializing. 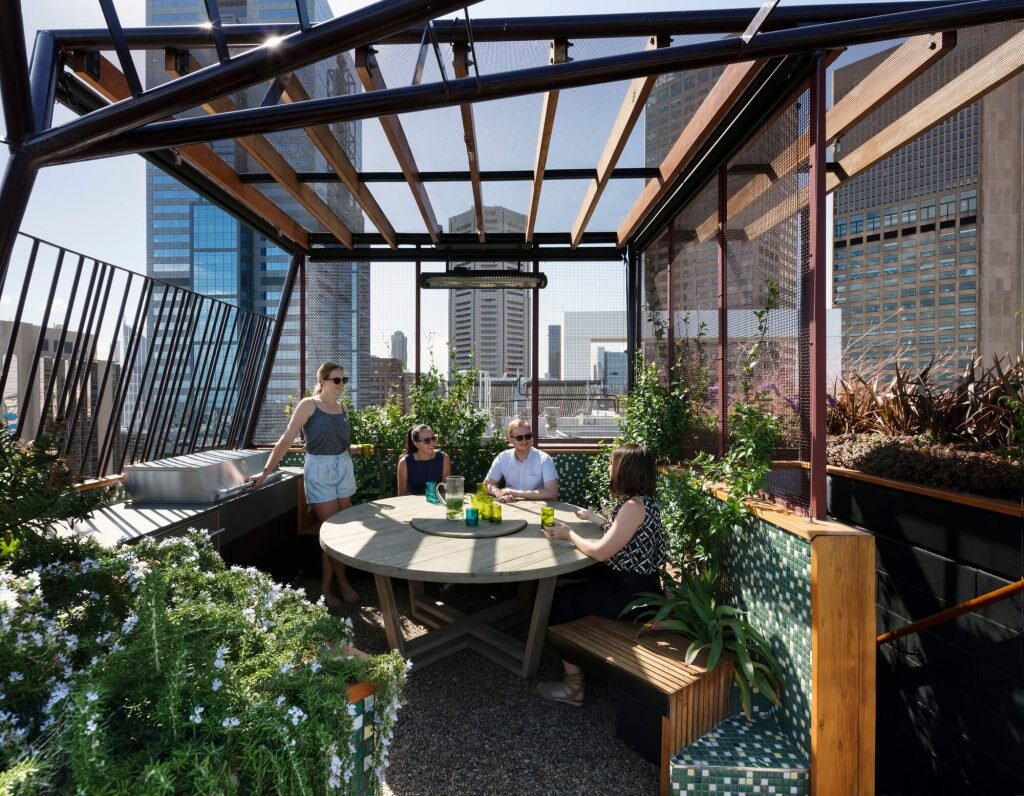 The project has been dubbed Phoenix Rooftop by the designers. The client’s brief composed of requesting “functional areas akin to a typical suburban garden” – not really the easiest of tasks given the location. 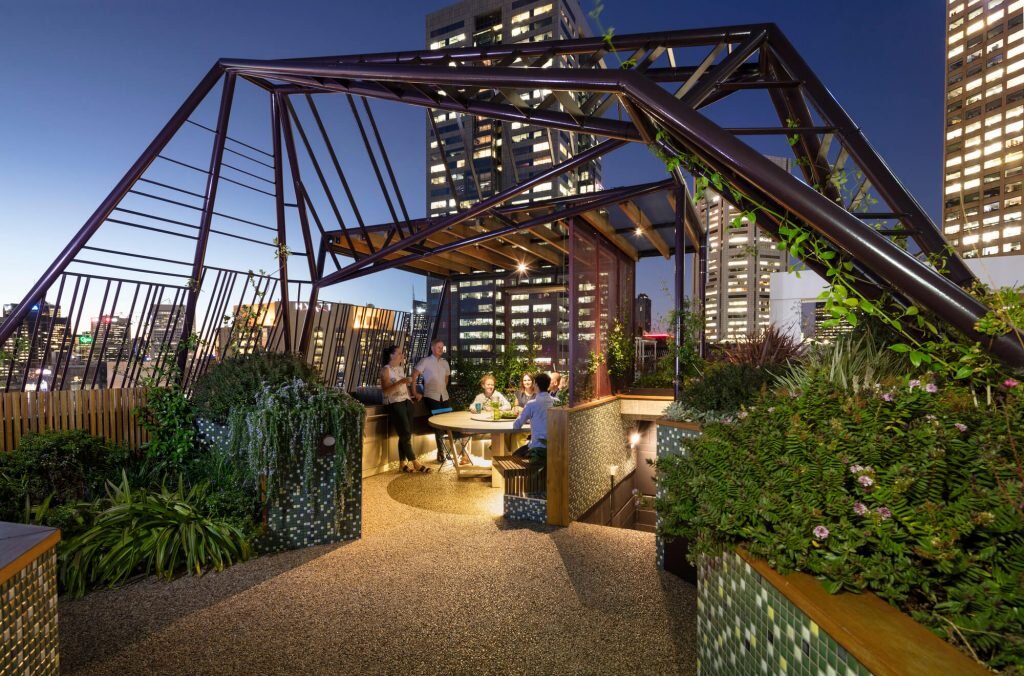 To create that suburban garden feel, the roof is divided into three interconnected zones: one for standing, one for sitting and another for eating. 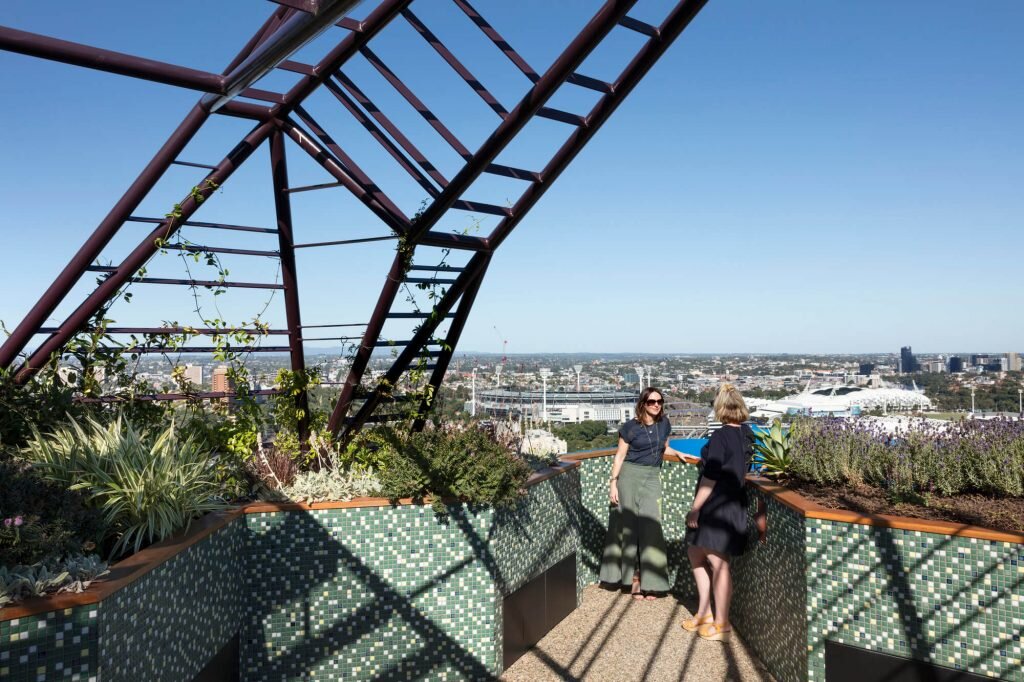 They’ve made use of raised beds that are finished in mosaics and home to flowering plants. The beds help to define each of the three zones, while also acting as a wind break for the exposed site. 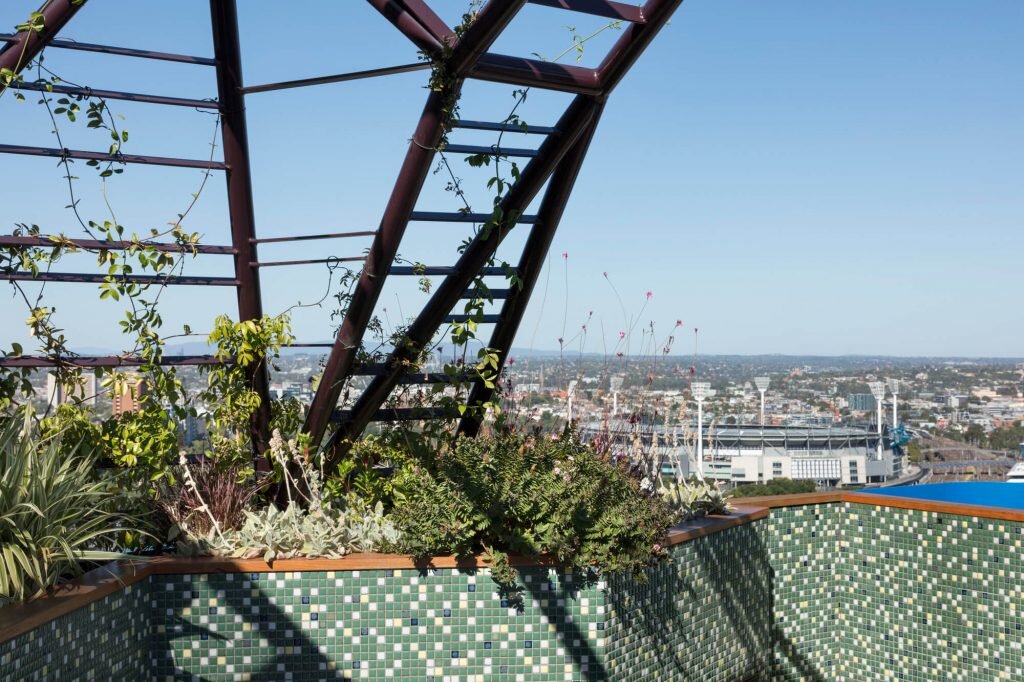 A large sculptural steel arbor provides the owners and their guests with a measure of protection against the sun, wind and rain in the sitting and dining areas. 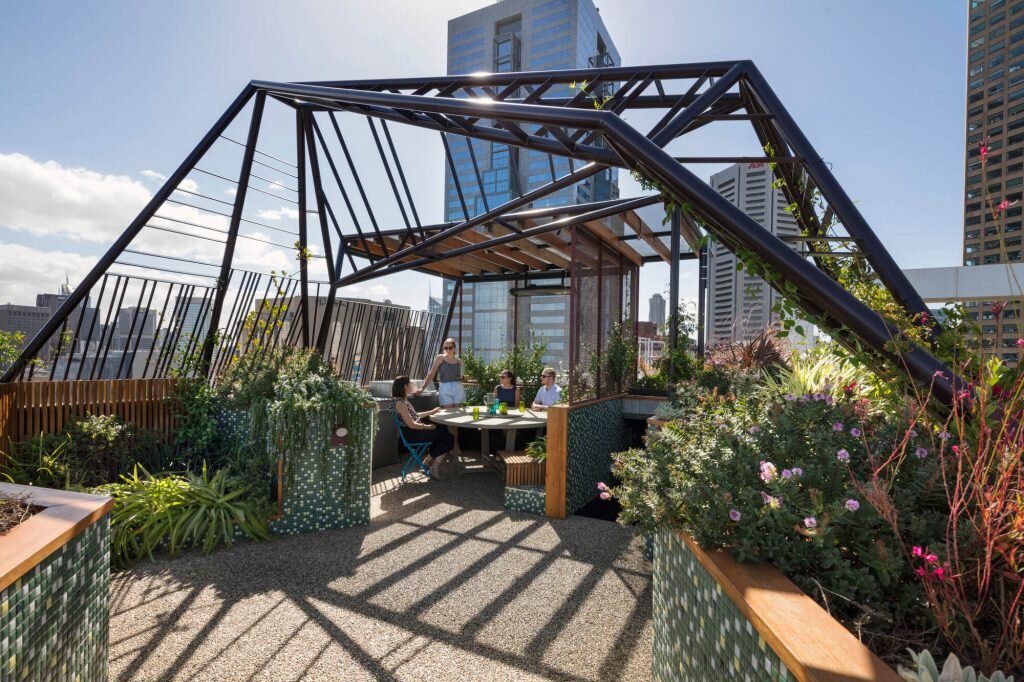 From the architects: “Rooftop gardens are still an experimental science — particularly 30-stories high, in one of Melbourne’s most exposed sites. To our knowledge, this is the highest rooftop garden attempted in Melbourne and is an innovative example of the ongoing and important investigation into the potential of green roofs in our cities.”

For more spaces check out this lookout by Collectif Etc that’s been created for an eco-museum. Or, this “stereotypical” capsule hotel. See all spaces.

BIG Goes Small with their A45 Tiny Retreat

Bilgola Beach Pavilion - An Extension to Soak Up Beach Side Views