This refreshing apartment renovation can be found in the city of Bilbao in Spain. The property has an unusual layout contained within a reinforced concrete structure – two features that the architects wanted to address and work with.

A local architecture firm by the name of PAUZARQ arquitectos took on the project. It’s been named after the building, Plaza del Museo Apartment. 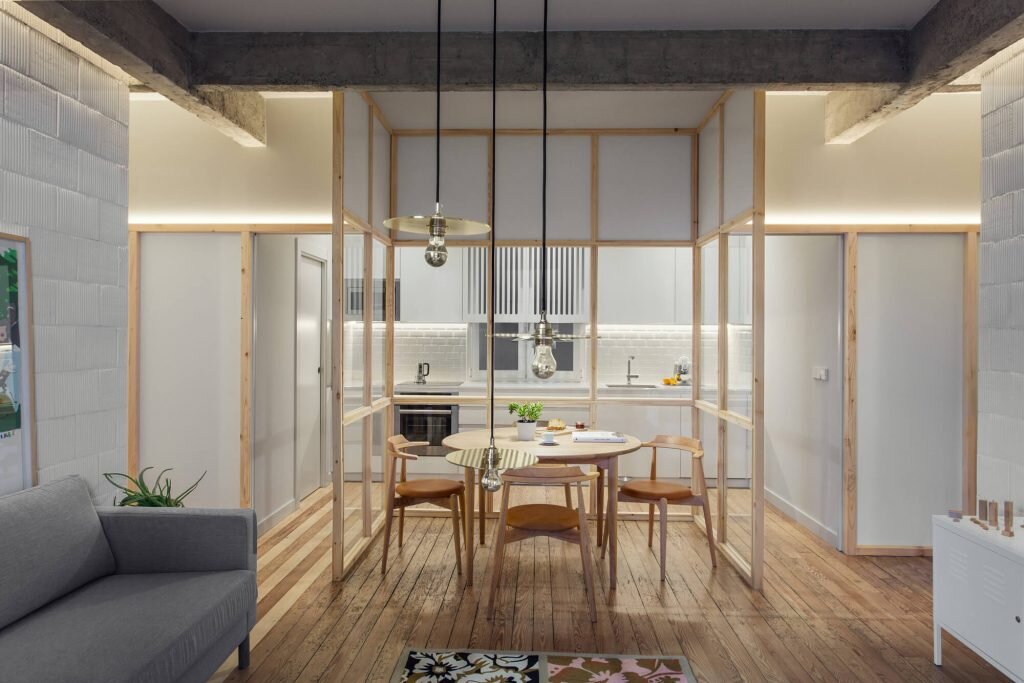 The property has around 1,076.39-square-feet (100-square-meters) of space to take advantage of; a lot for an apartment. The renovation works were completed in 2016. Focus was placed on how to introduce living spaces, without simply covering up the concrete structure. These living spaces also needed to be more open plan than the previous layout. 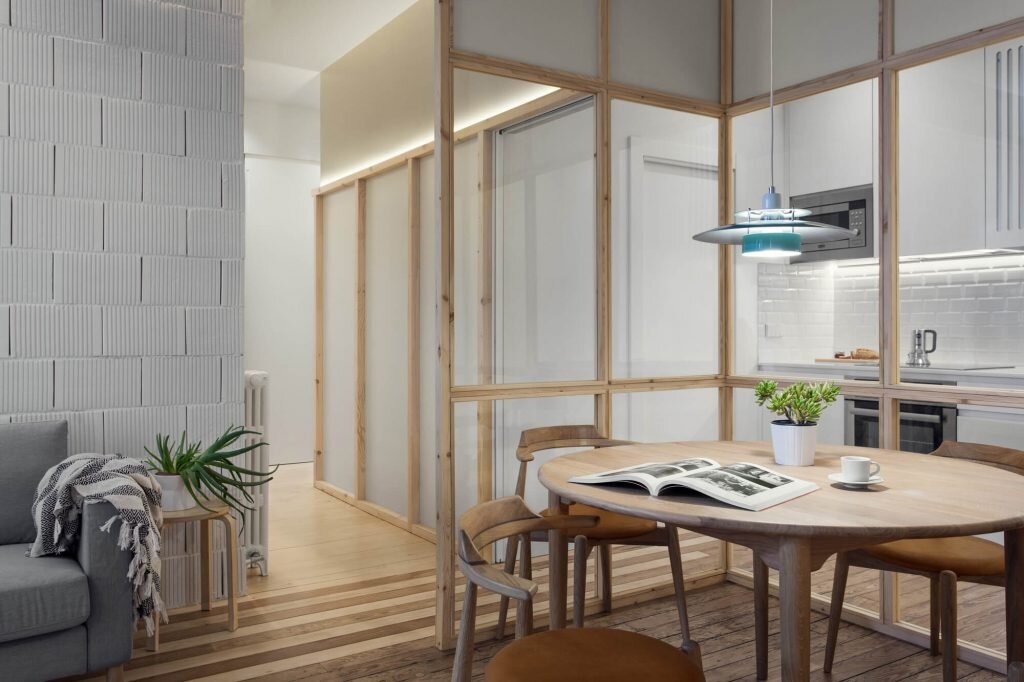 New walls were placed along the length of the concrete beams. However, the walls don’t conceal the beams, instead they step back from them by a foot or so, with the recess acting as a space for lighting. The dark gray of the concrete is softened by the white walls, and wooden cabinetry and partitions.

The kitchen, dining area, and living room can be found at the center of apartment. To the left of this, there’s a small entrance hallway, a bathroom and a spare room that’s used as a study. To the right of it, there’s a second bathroom, a pantry, lots of storage closets and the master bedroom. 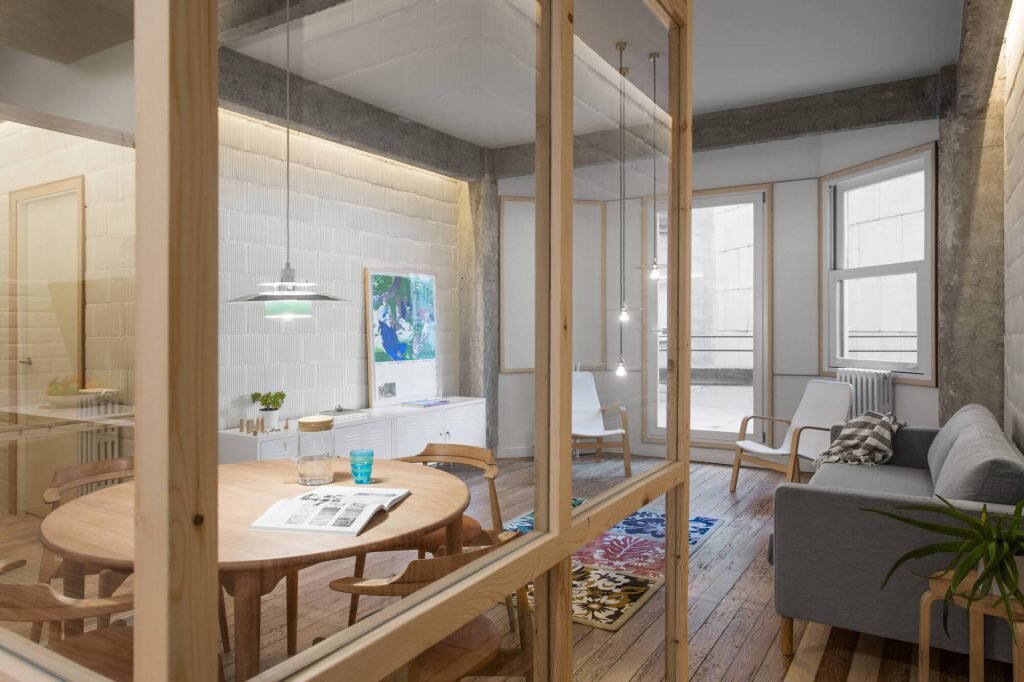 From the architects: “The kitchen, dining room and living room lie in a central hub, shaping a sequence that stands from side to side, embracing the whole span of the house. In addition, these pieces are visually connected yet offering the chance to become independent thanks to a glass and wood partition together with two sliding doors concealed into the walls.” 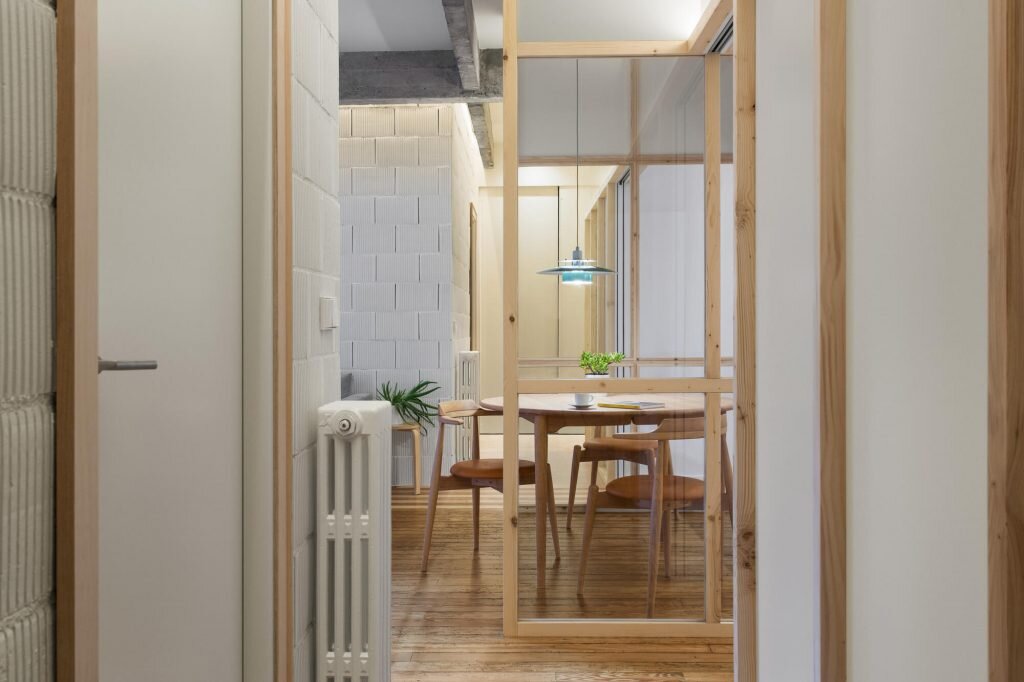 The building was originally a large house that’s since been subdivided into a series of apartments. Some existing elements from the house were used in the redesign, like the cast iron radiators and the wooden floor. The boundary between old and new was breached through a transitional area, “where both meet and are interspersed generating a blurred impression”. 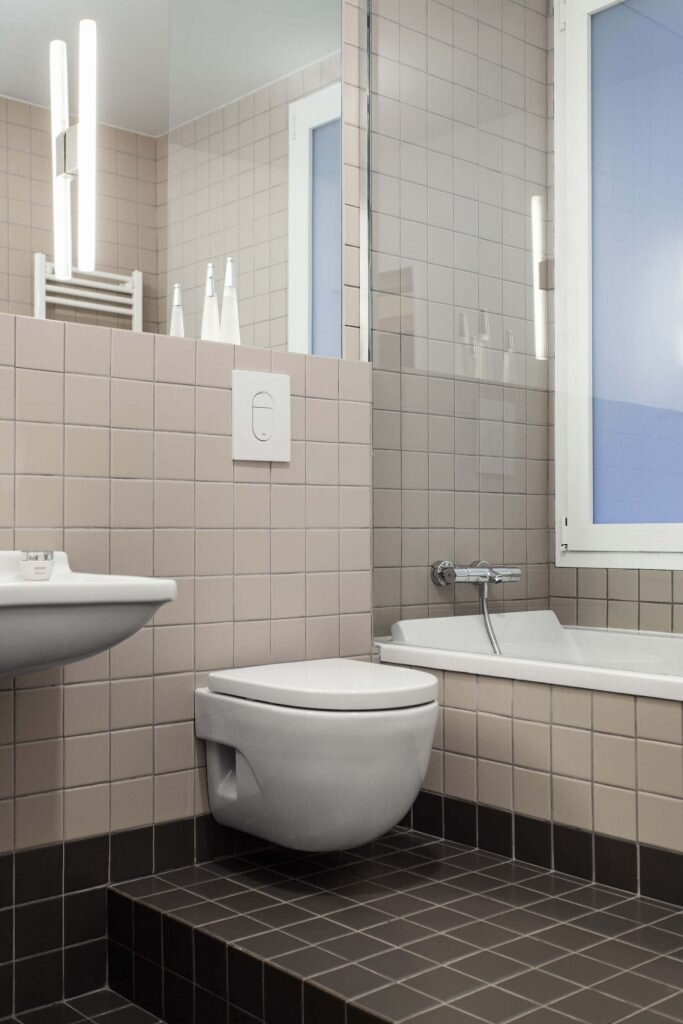 For more apartments check out this contemporary redesign called “Life After Madrid”. Or, WireFrame, a minimalist family apartment from Krakow in Poland. See all apartments.