Simply referred to as The Pallet House, this shelter was designed by the architecture studio I-Beam Design back in 2010, with the intention that it could be used to house refugees. The prototype shown here was built for the Prince Charles’ royal gardens in conjunction with IBM, The Financial Times and The Earth Awards. 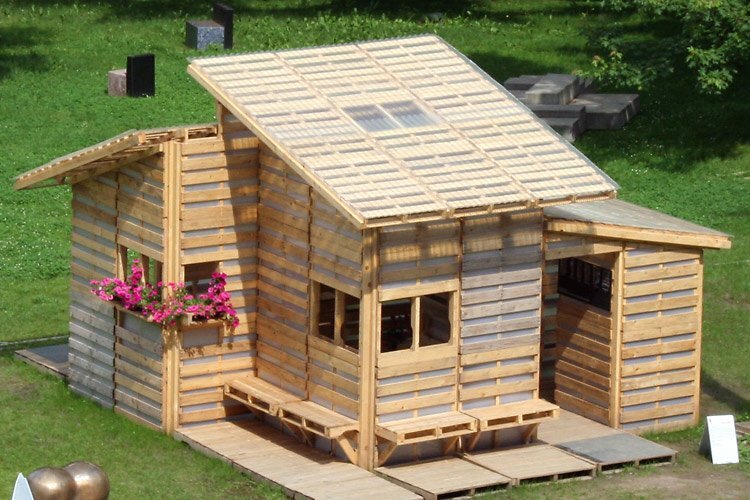 Originally designed as a transitional shelter for refugees returning to Kosovo, the Pallet House serves as a more permanent and stable living space compared to that of a tent. The wood pallets make up the bulk of the building’s structure and are inexpensive – they can often be salvaged and recycled. However, some believe that the treatments the wood undergoes makes them unsuitable for use in housing (or indeed any circumstance in which people frequently come into contact with it). 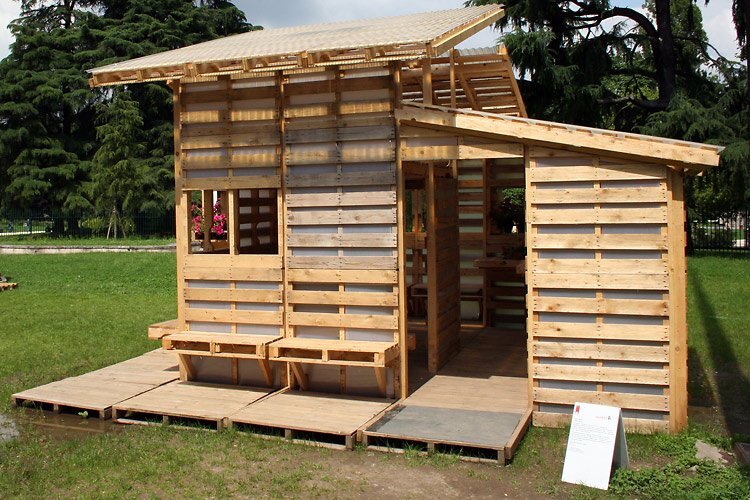 Suitability aside, the Pallet House offers up some interesting ideas on the reuse of materials we don’t typically associate with building. I-Beam Design states that the shelter can be assembled with ease and in a short timespan. There would also be no need for additional materials as everything can be transported in one go – the pallets used to contain food, clothing and medical supplies are later used to create the shelter. 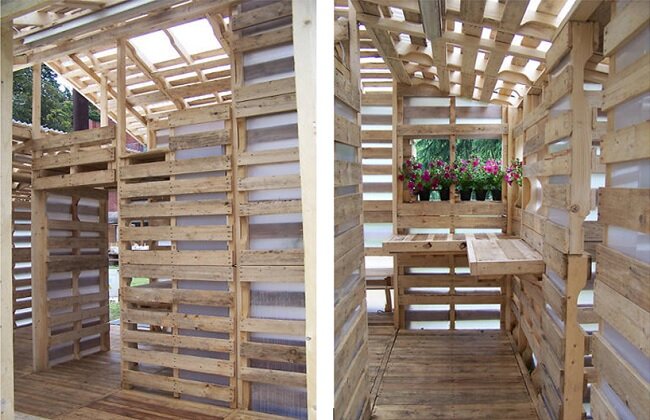 Each shelter measures 16-by-16 foot (4.8 meters square) and requires around 100 pallets to create (each of which needs to be nailed or strapped together). To keep the rain and wind out, the shell is clad with tarps or corrugated plastic sheeting. After this the users or builders will be able to add a final outside layer to the house using materials from the surrounding environment (stone, mud, earth, wood and so on). There’s also the possibility of the pallets being pre-assembled with Styrofoam insulation, a vapor barrier, plywood sheathing before being transported.

The Pallet House is based around standardised pallets, which allows people to customize the house with relative ease to meet their needs. And, according to I-Beam Design, they are capable of adapting “easily to almost every climate on Earth.”

For more shelters check out the Exo Emergency Shelter, which takes its inspiration from the humble coffee cup. Or this concept house from ECOnnect that fits together like a puzzle. See all shelters.