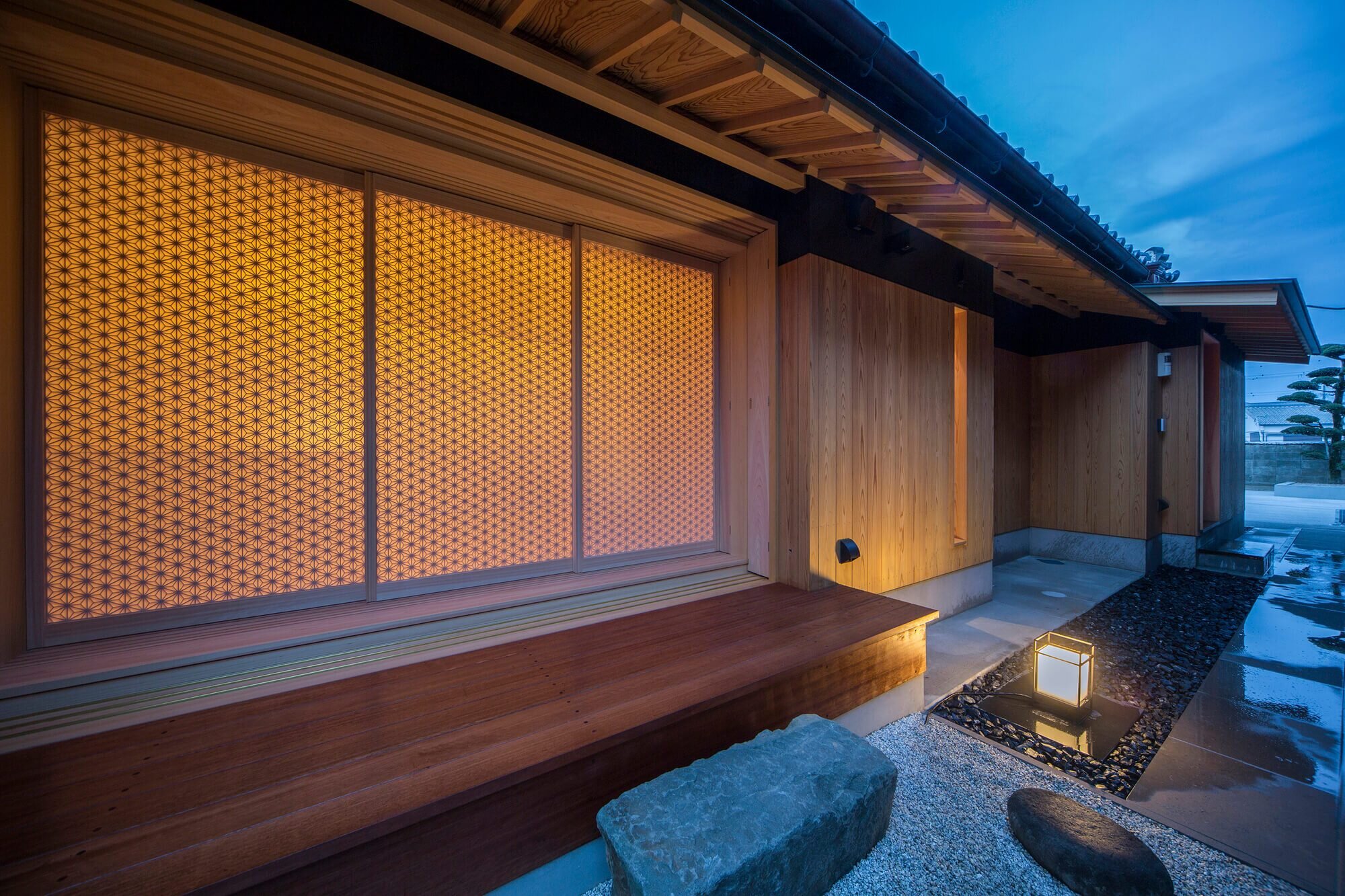 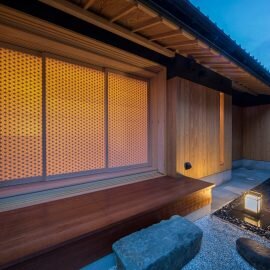 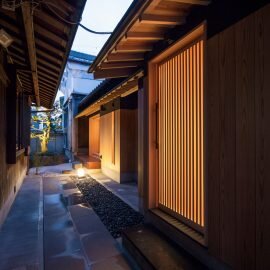 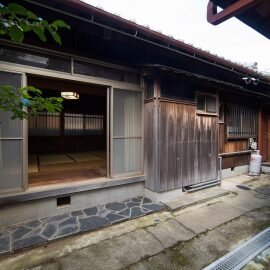 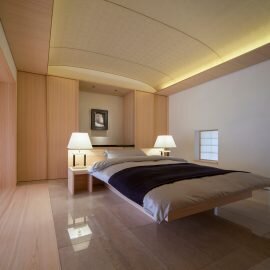 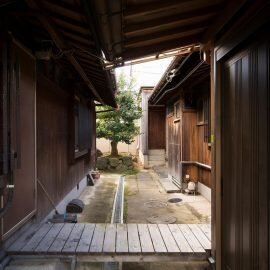 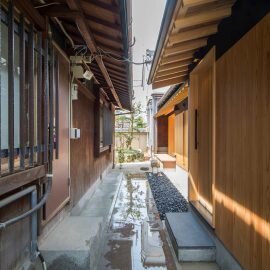 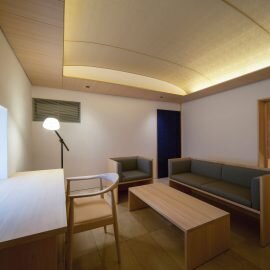 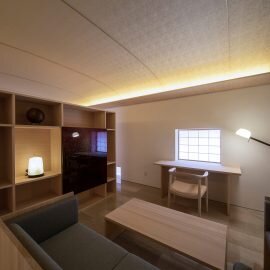 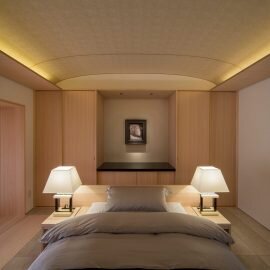 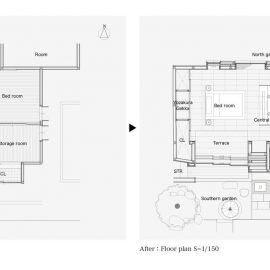 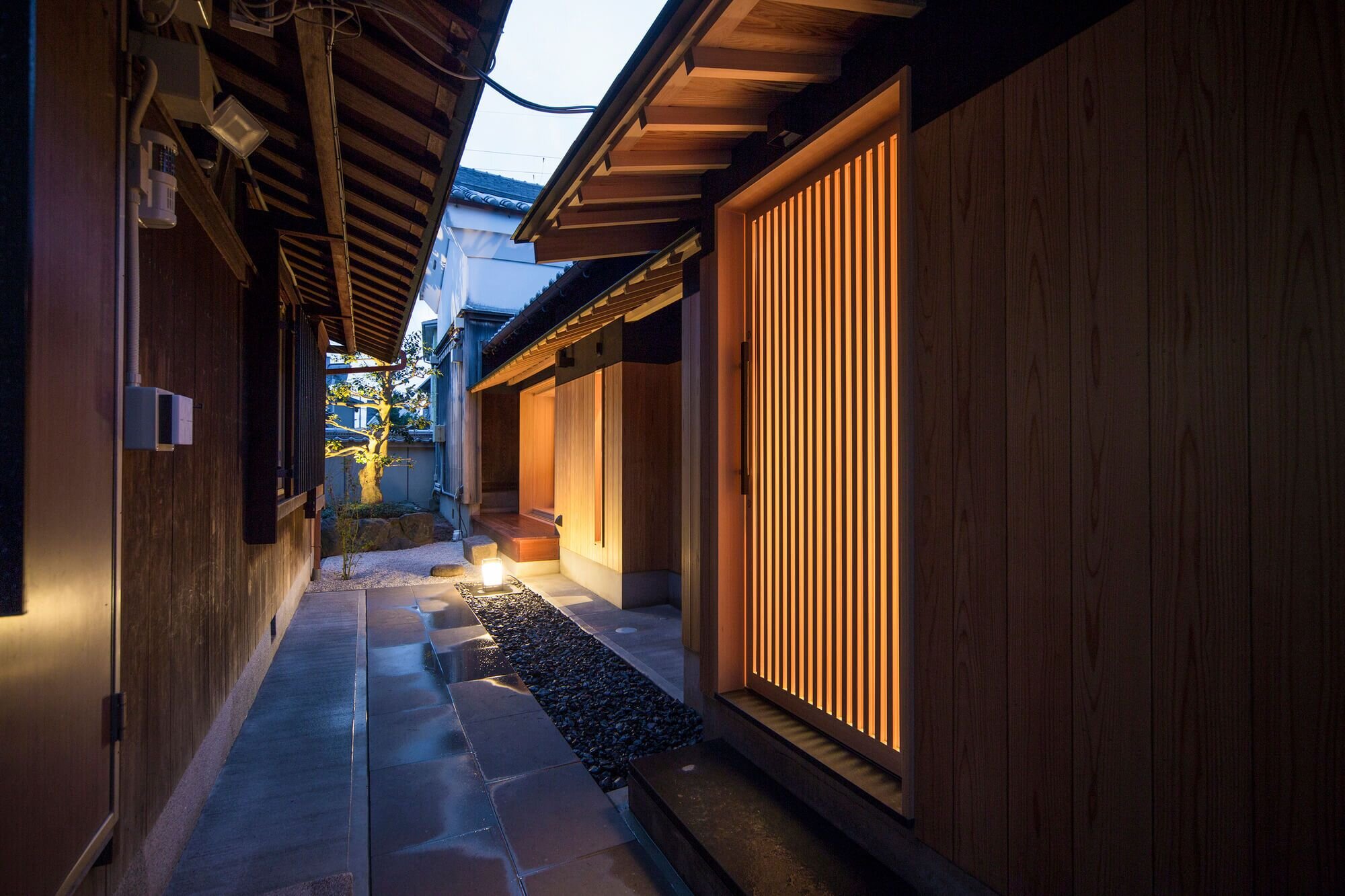 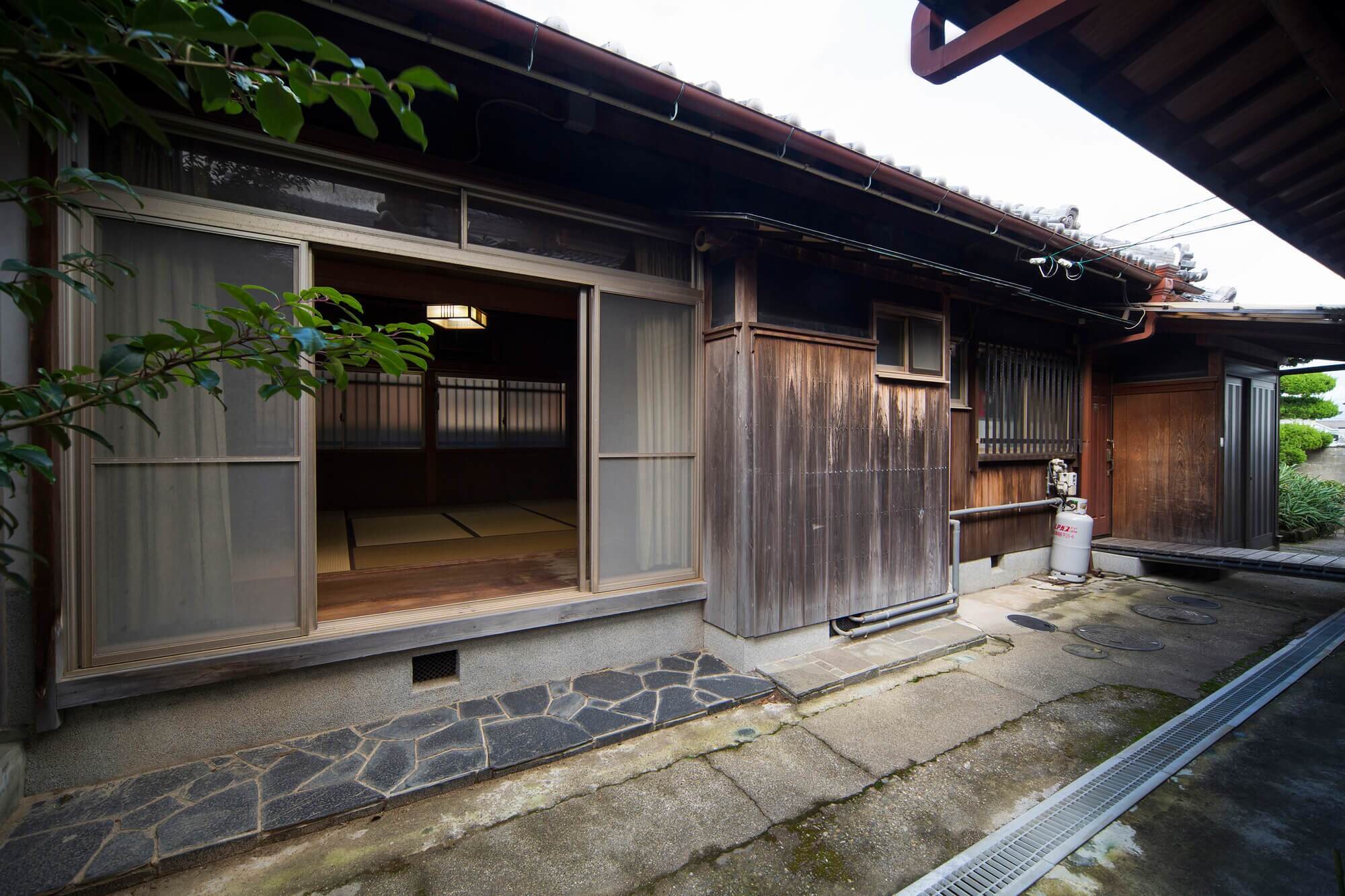 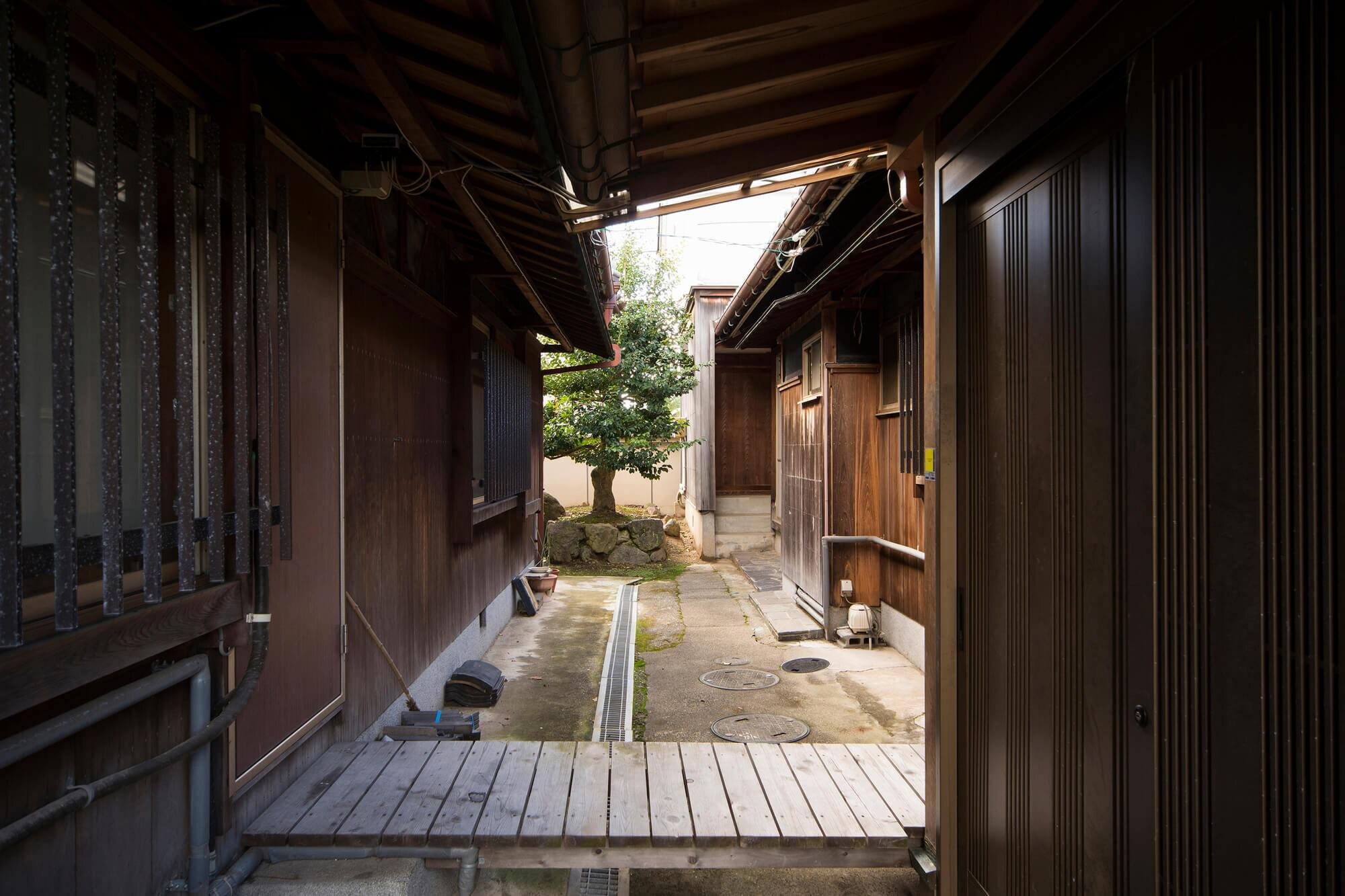 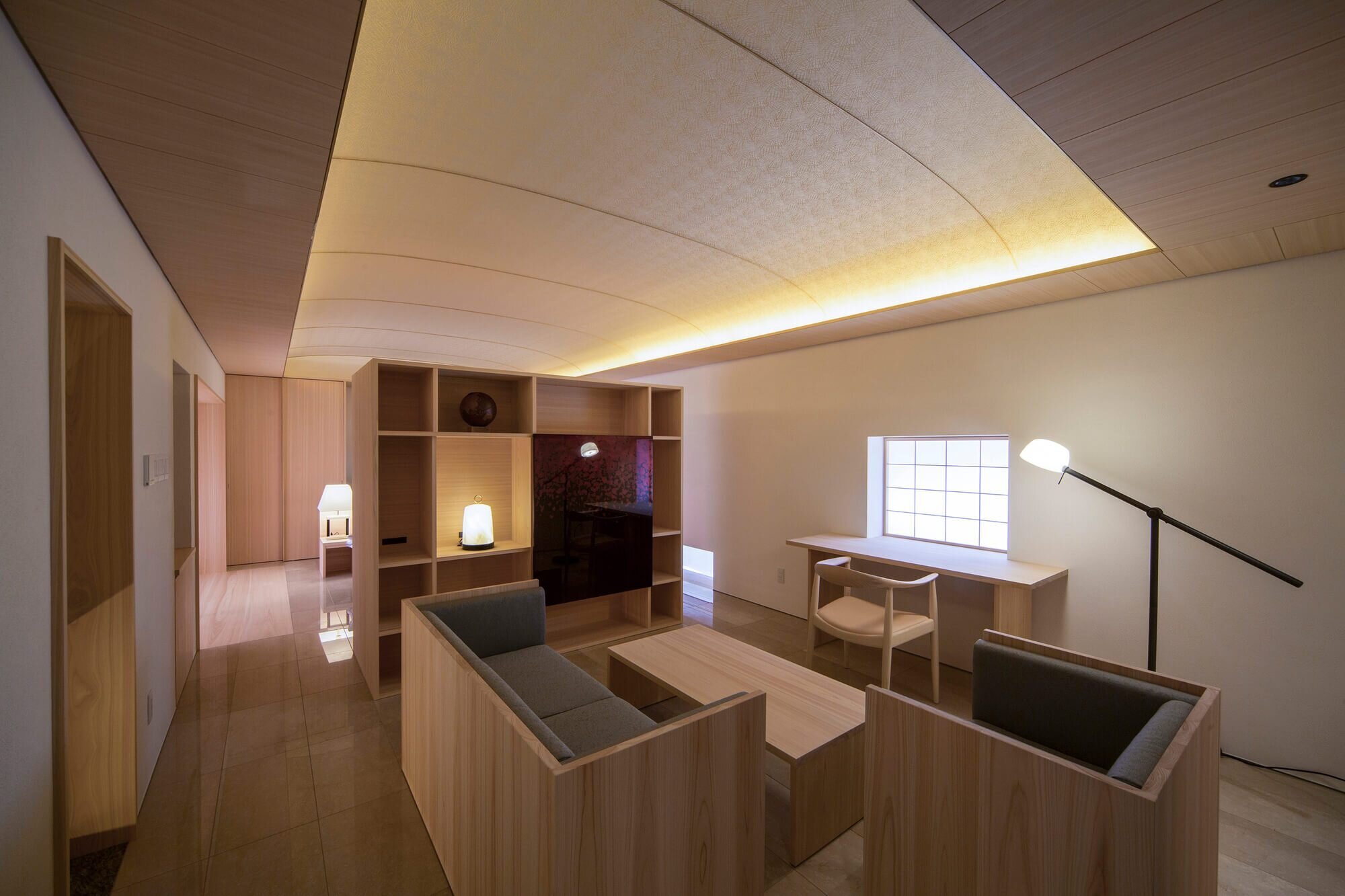 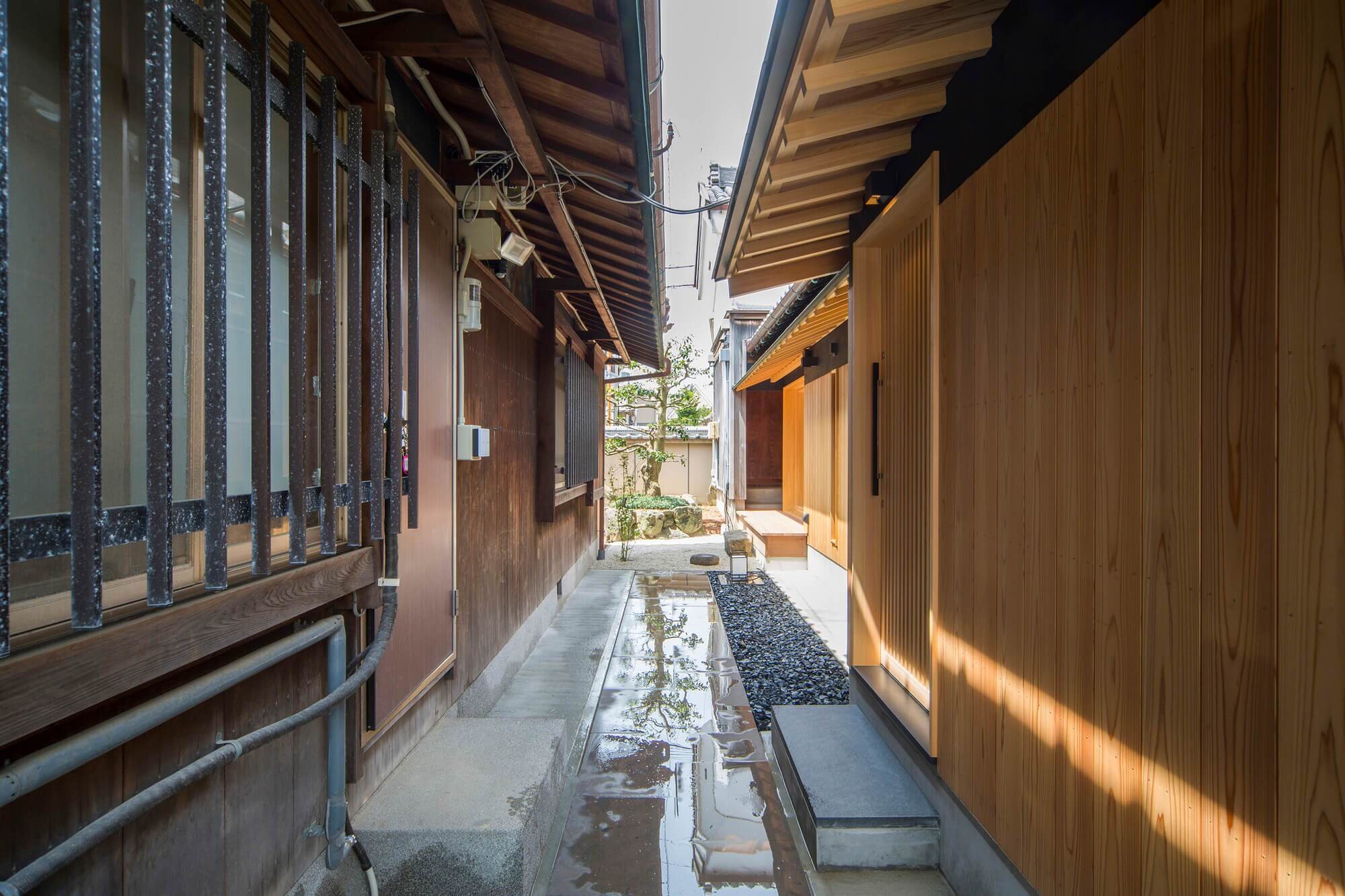 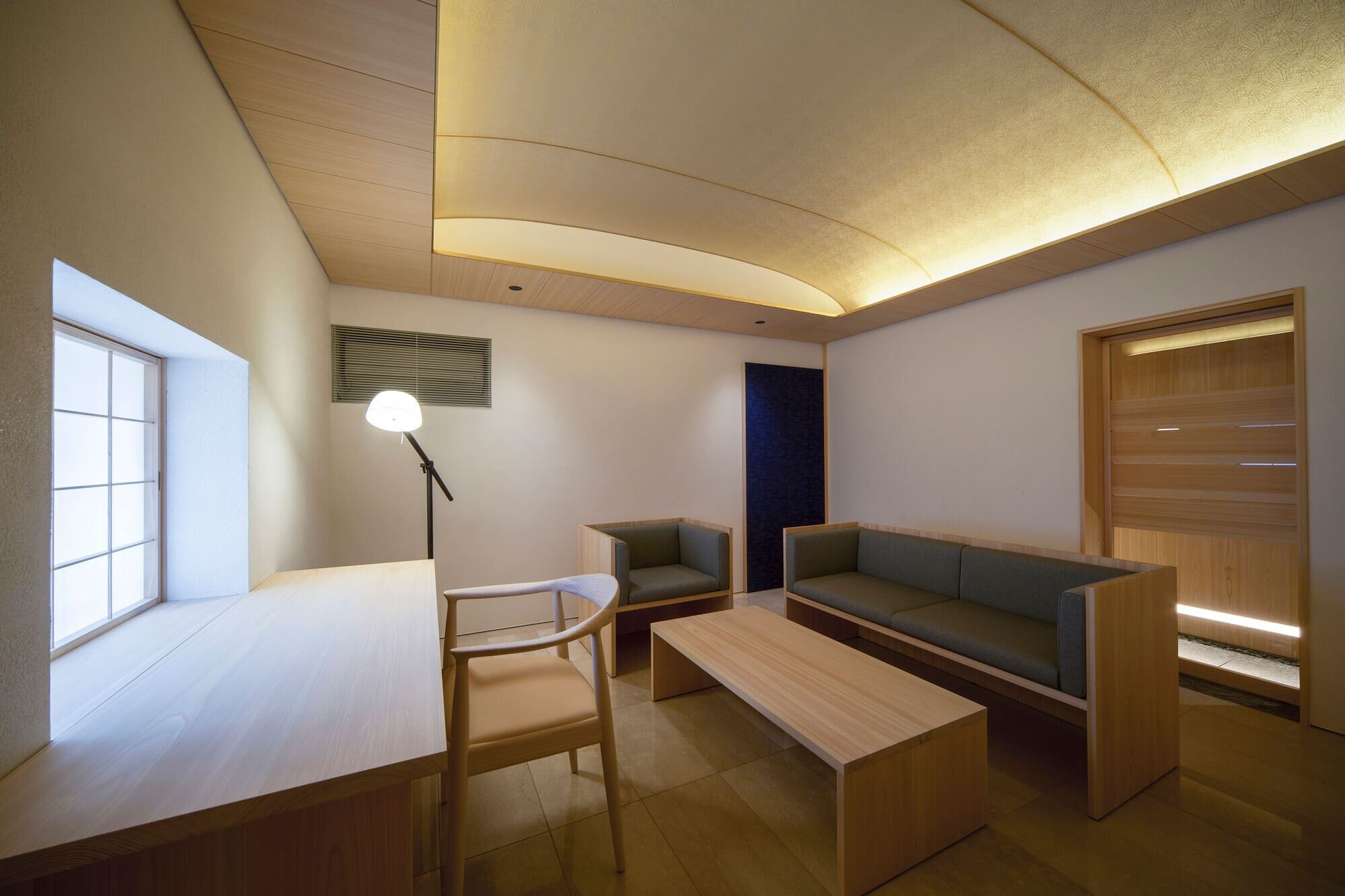 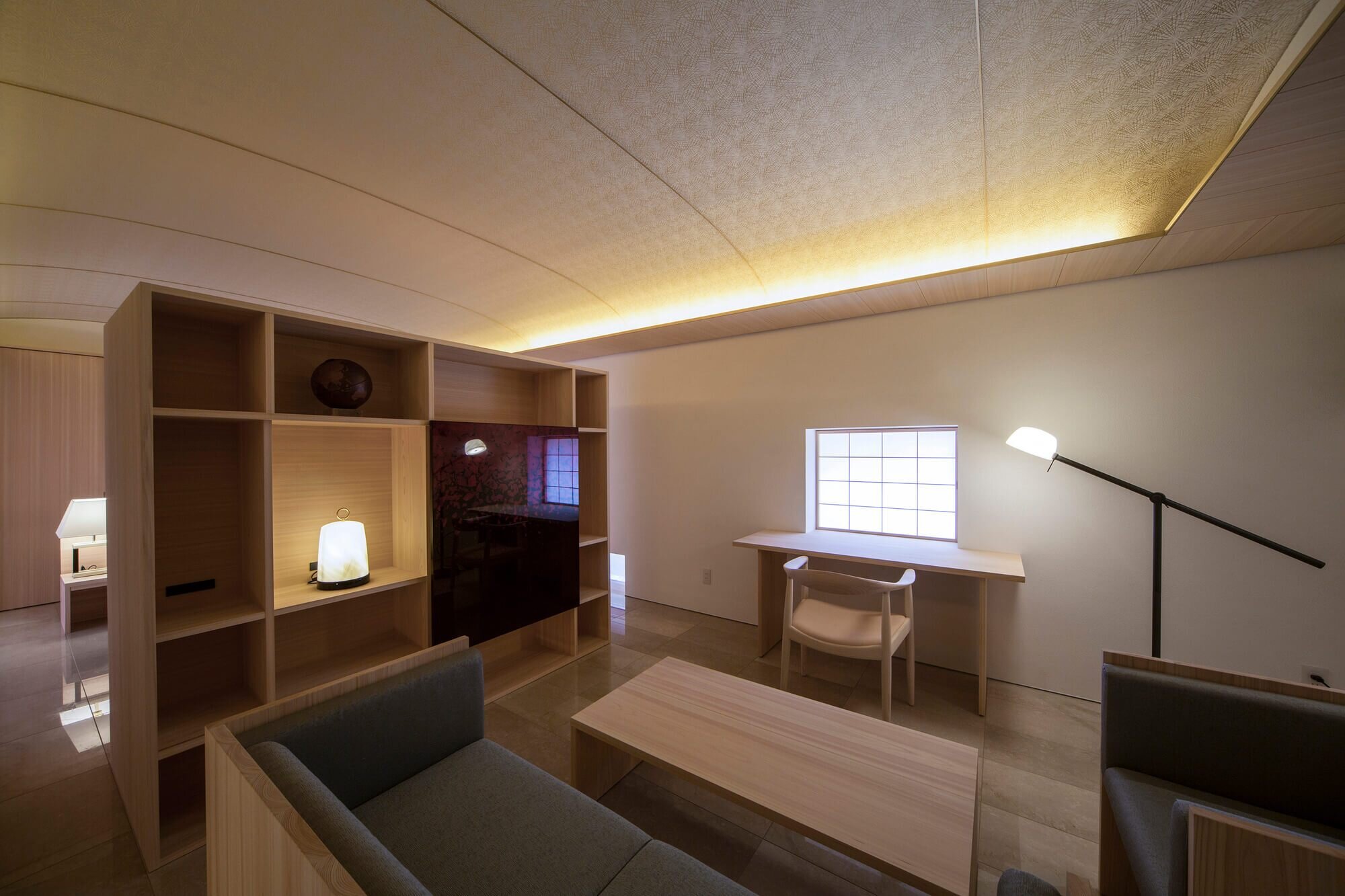 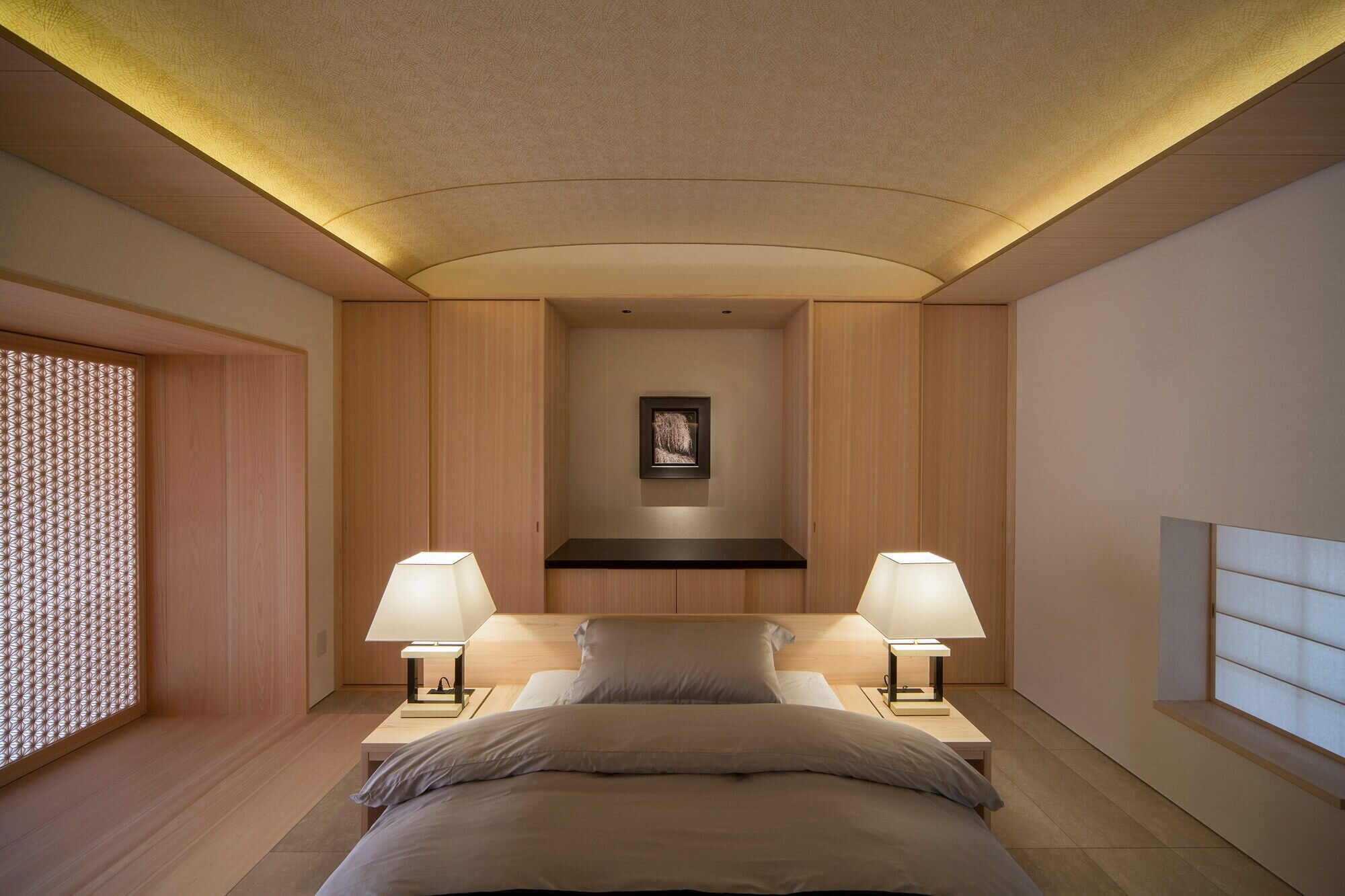 Originally built more than 40 years ago, this small traditional Japanese home has been given a new lease of life thanks to the architecture firm, Atsumasa Tamura Design Office.

The house is located near the town of Wakayama in Japan. The project, which has been titled Oukikyo, was complated in 2018, with the space now fit for occupation by the client.

Oukikyo is set on a site measuring 710.42-square-feet (66-square-meters). The building occupies the majority of the available land, with a small amount left around the perimeter serving as circulation space.

The single story property’s interior redesign was inspired by luxury hotels – the owner wanted to create a similar atmosphere and finish within his own home. The result is a very smart interior that harks back to its more traditional roots.

The bulk of the structure remains as-is, however the western side of the home was opened up. Previously it was divided up between a traditional Japanese room and living/dining area, whereas now it’s home to a bedroom and living room and study.

At dusk the lantern would illuminate cobbled path softly. Coming towards the house, when following this cobbled path with the old Nepal holly to guide the way, bright light from the entrance screen would invite the owner to the house. Newly renovated space is now transformed into the place that would welcome the owner back – ATDO

The eastern wing of the home now contains a separate bathroom, washroom and toilet, along with a small closet for storage. The back of this side of the house is dedicated to a small kitchen.

Much of the renovation revolves around a painting that the owner is particularly fond of. It can be found placed above the bed, framed by the adjacent closets.

To incorporate the owner’s love for the painting and cherry blossoms, the concept for this project was proposed that the painting was to become the center of the house, rather than creating a space to exhibit it. – ATDO

Curved ceilings were introduced in order to make the rooms feel larger and more spacious than they are. To achieve the curves, the architects followed a mathematical formula by mathematician Piet Hein, which describes the super ellipse shape.