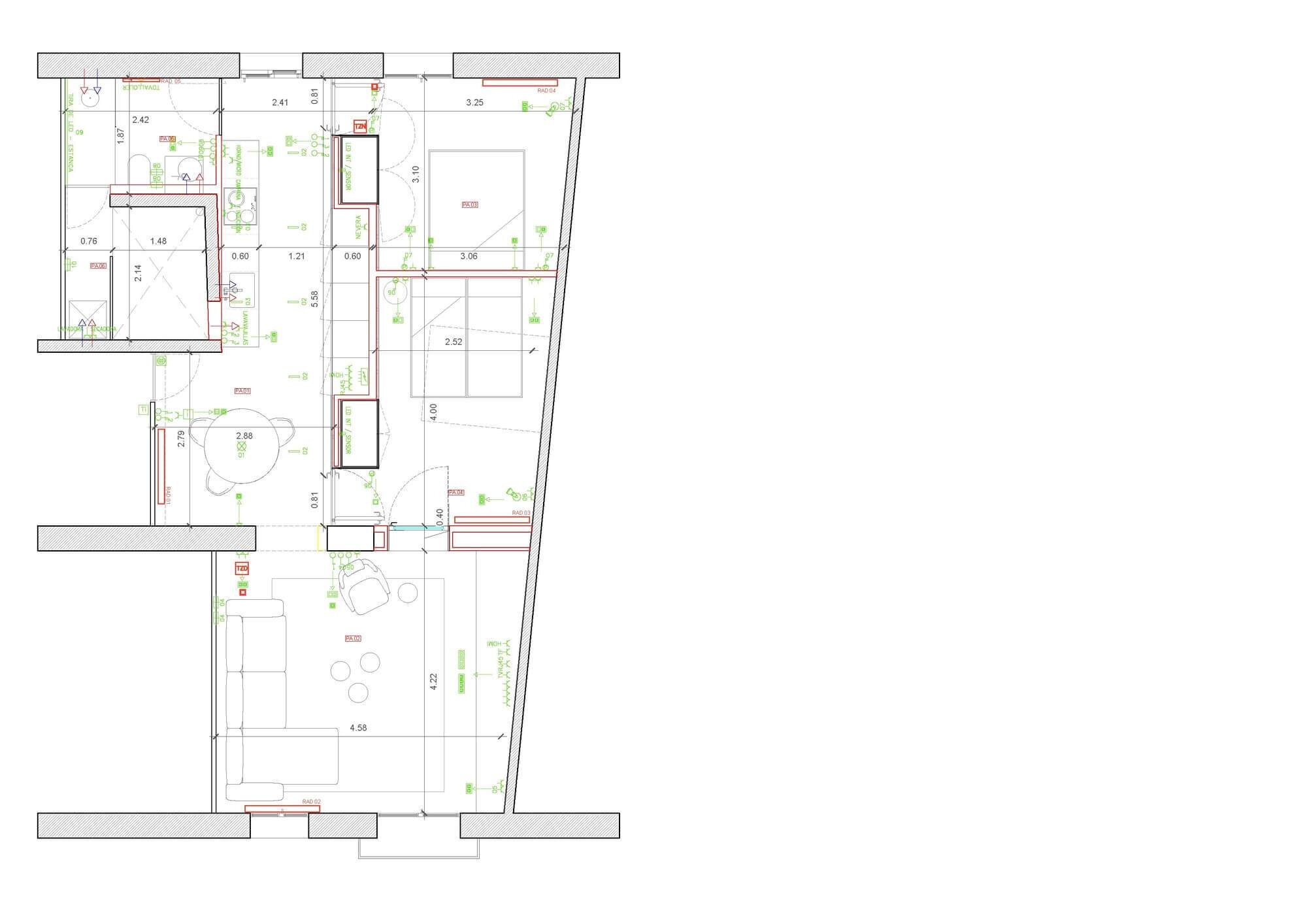 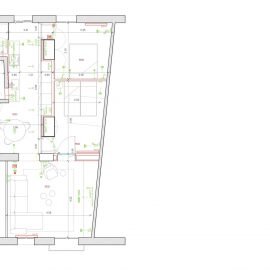 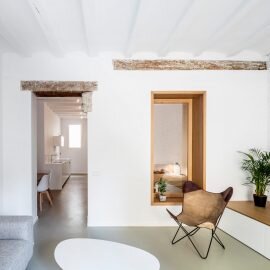 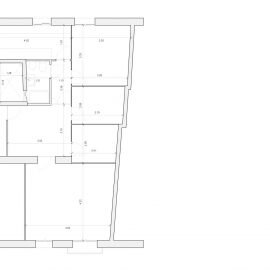 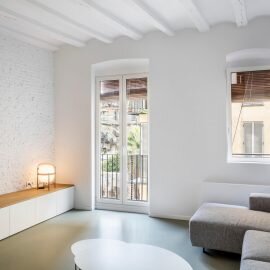 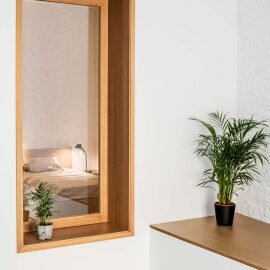 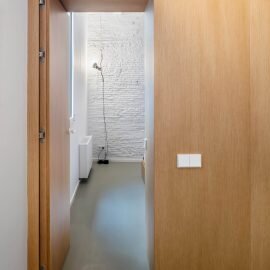 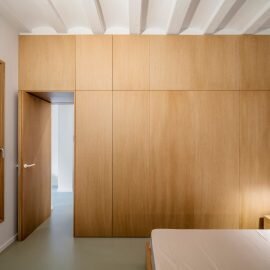 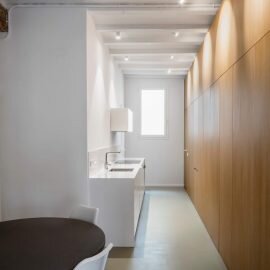 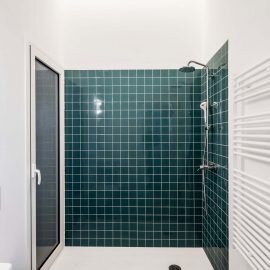 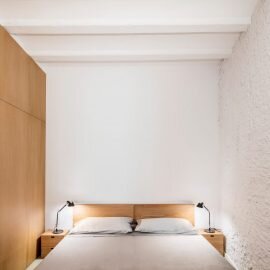 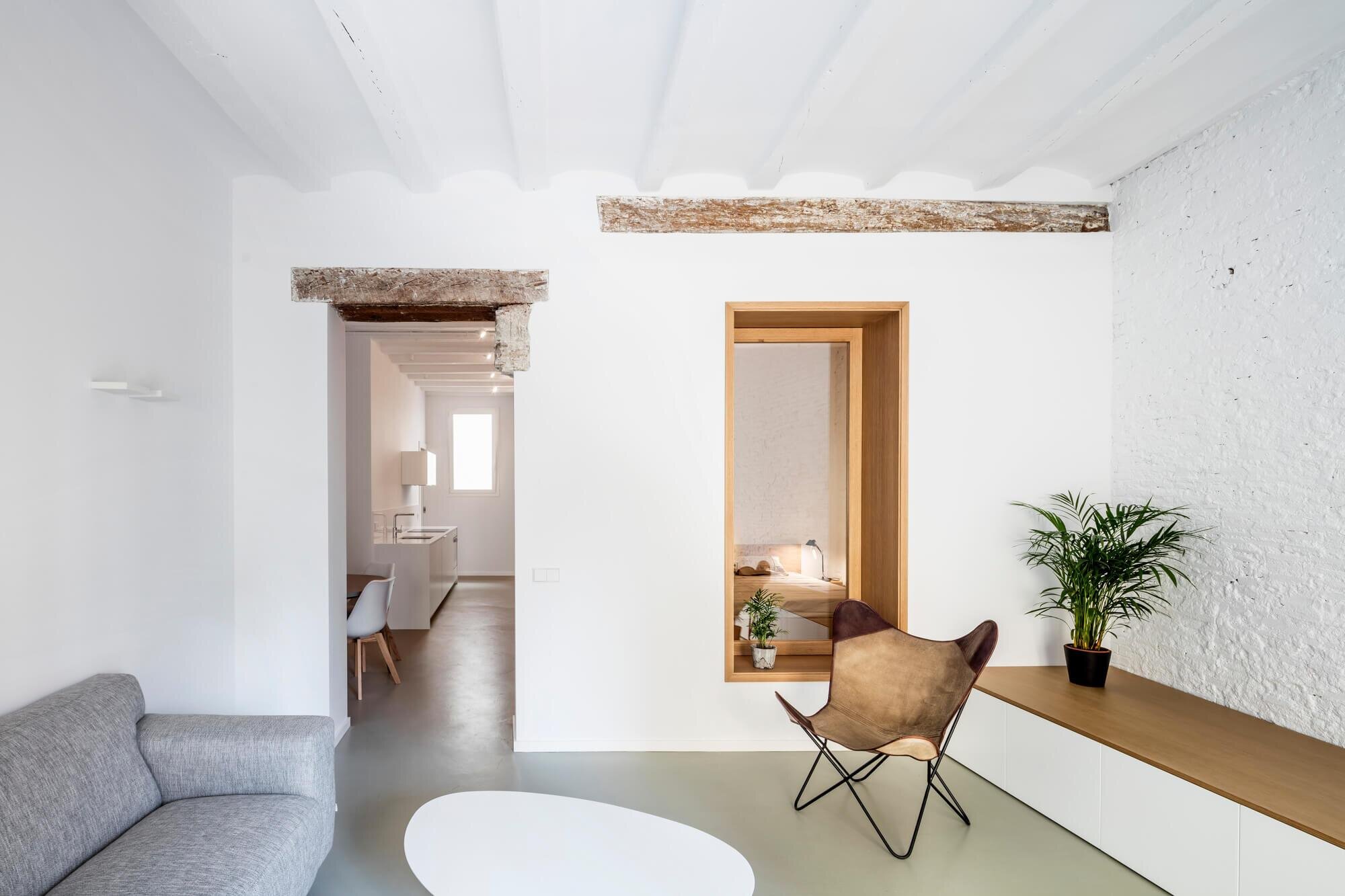 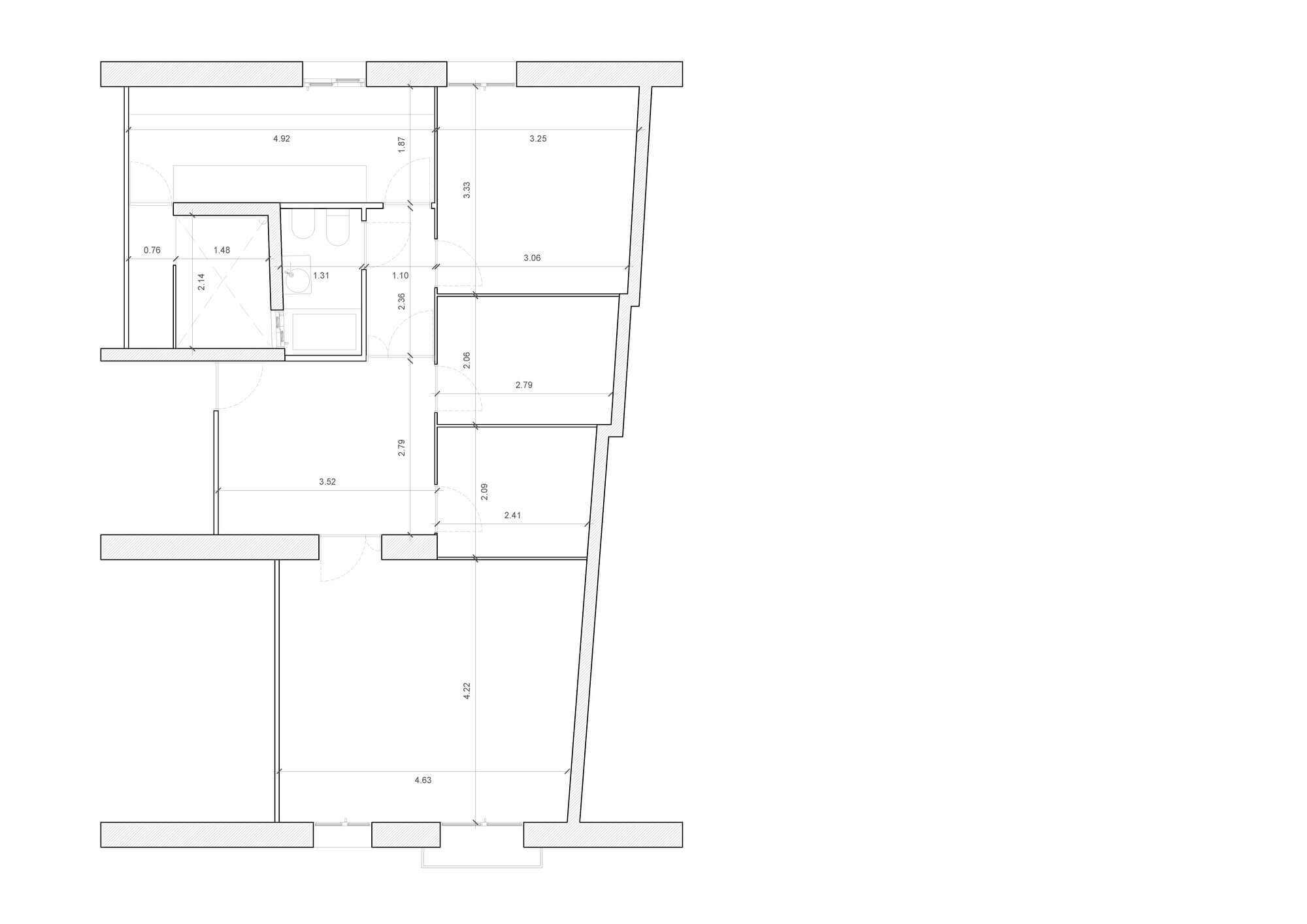 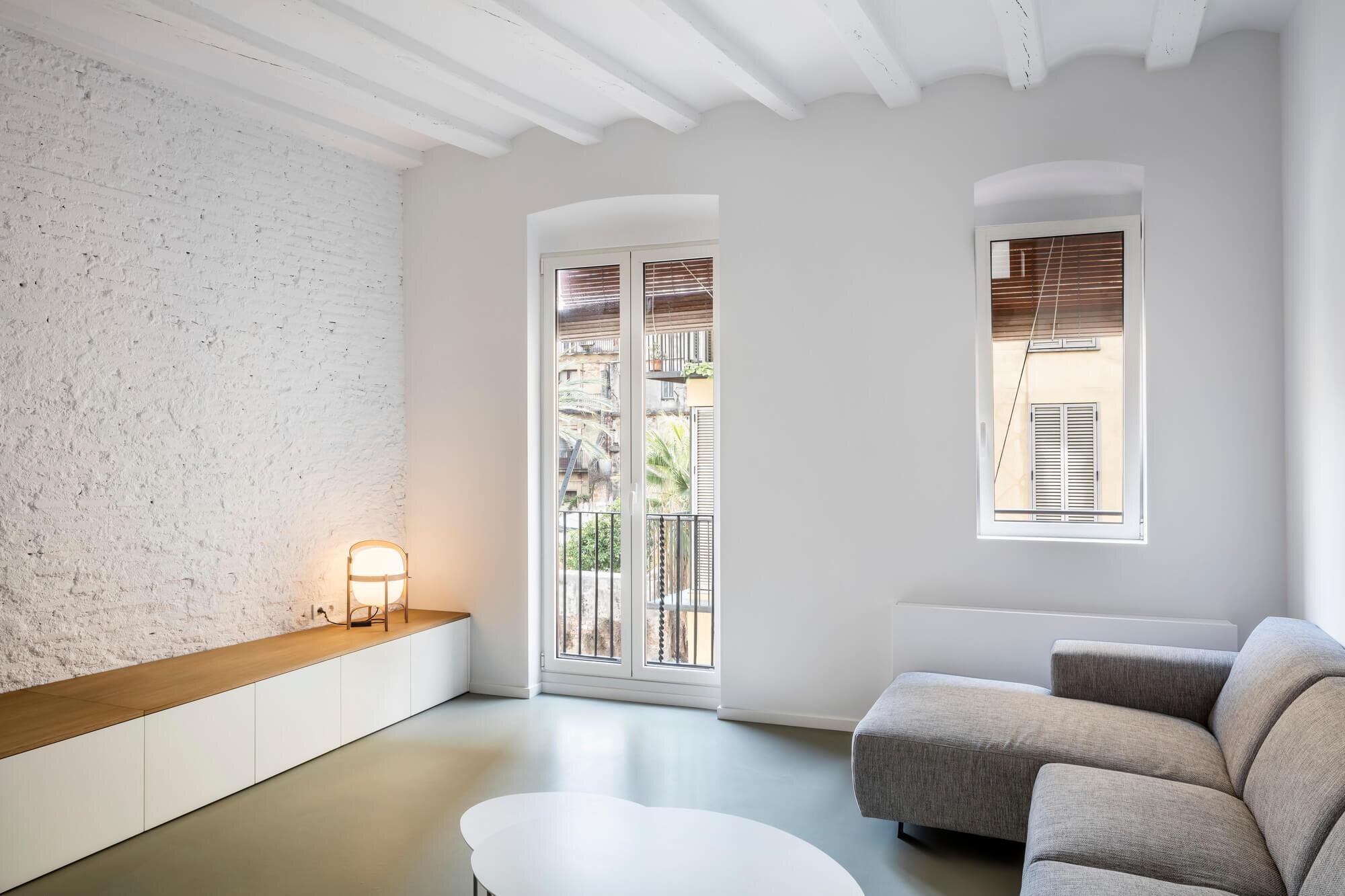 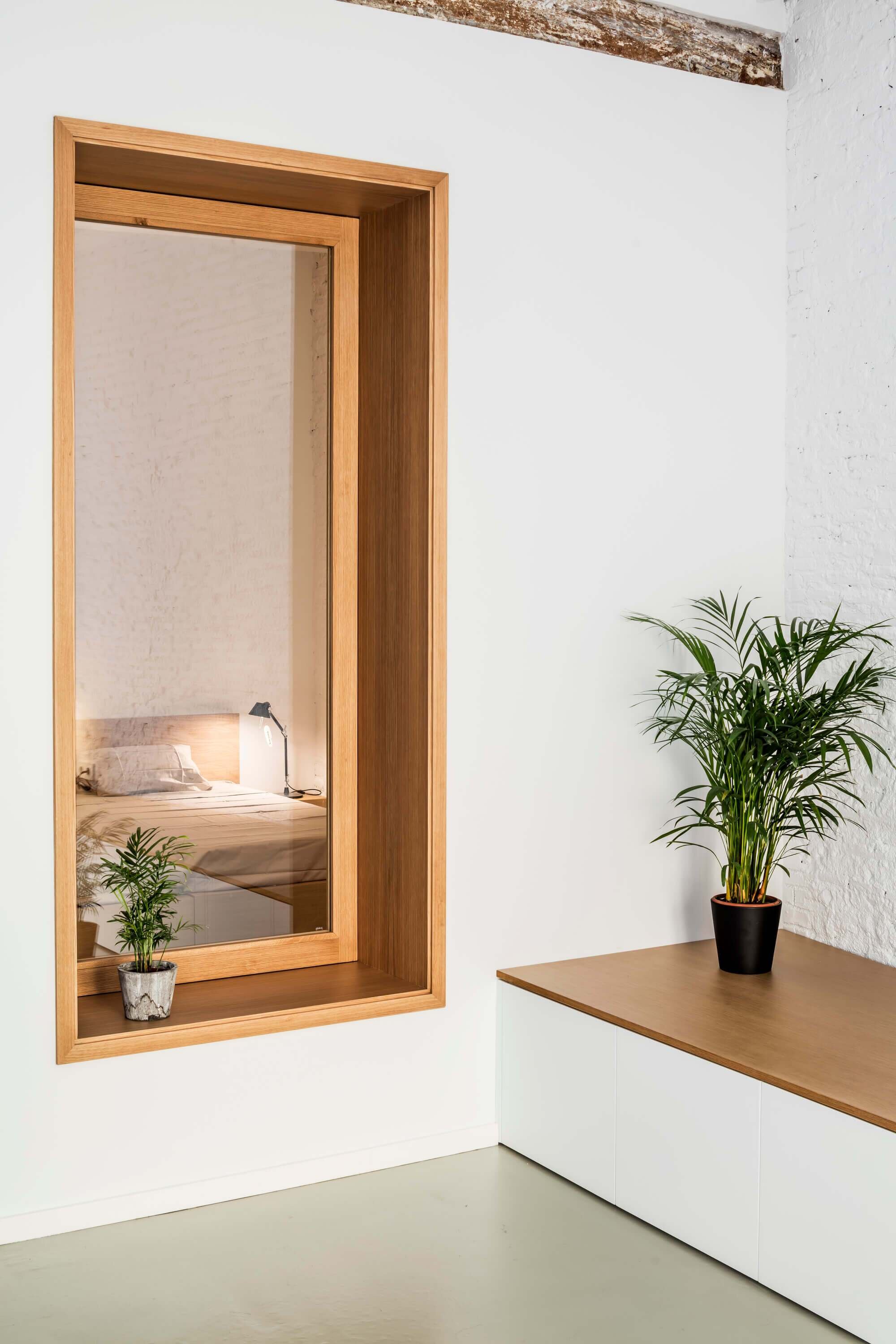 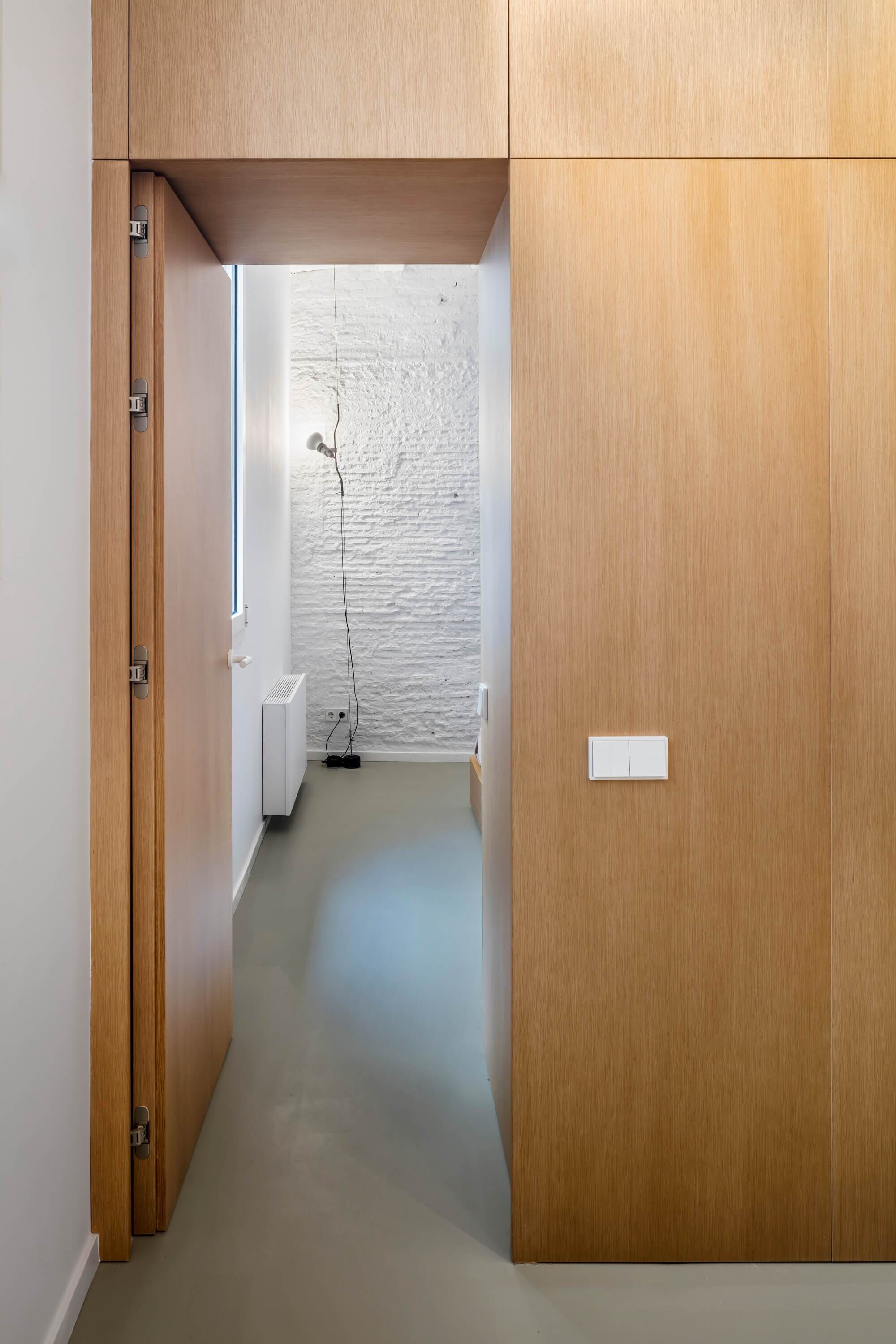 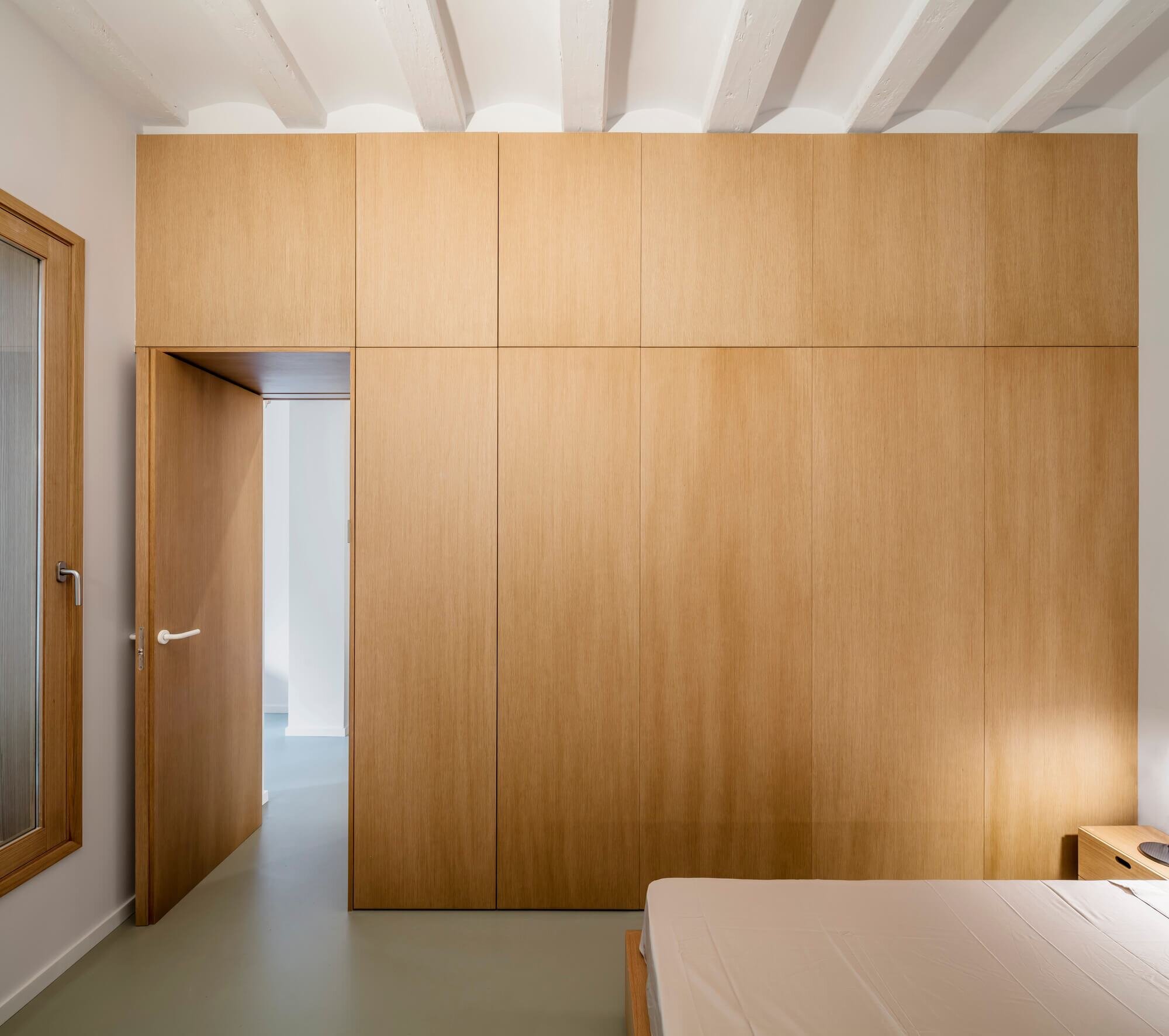 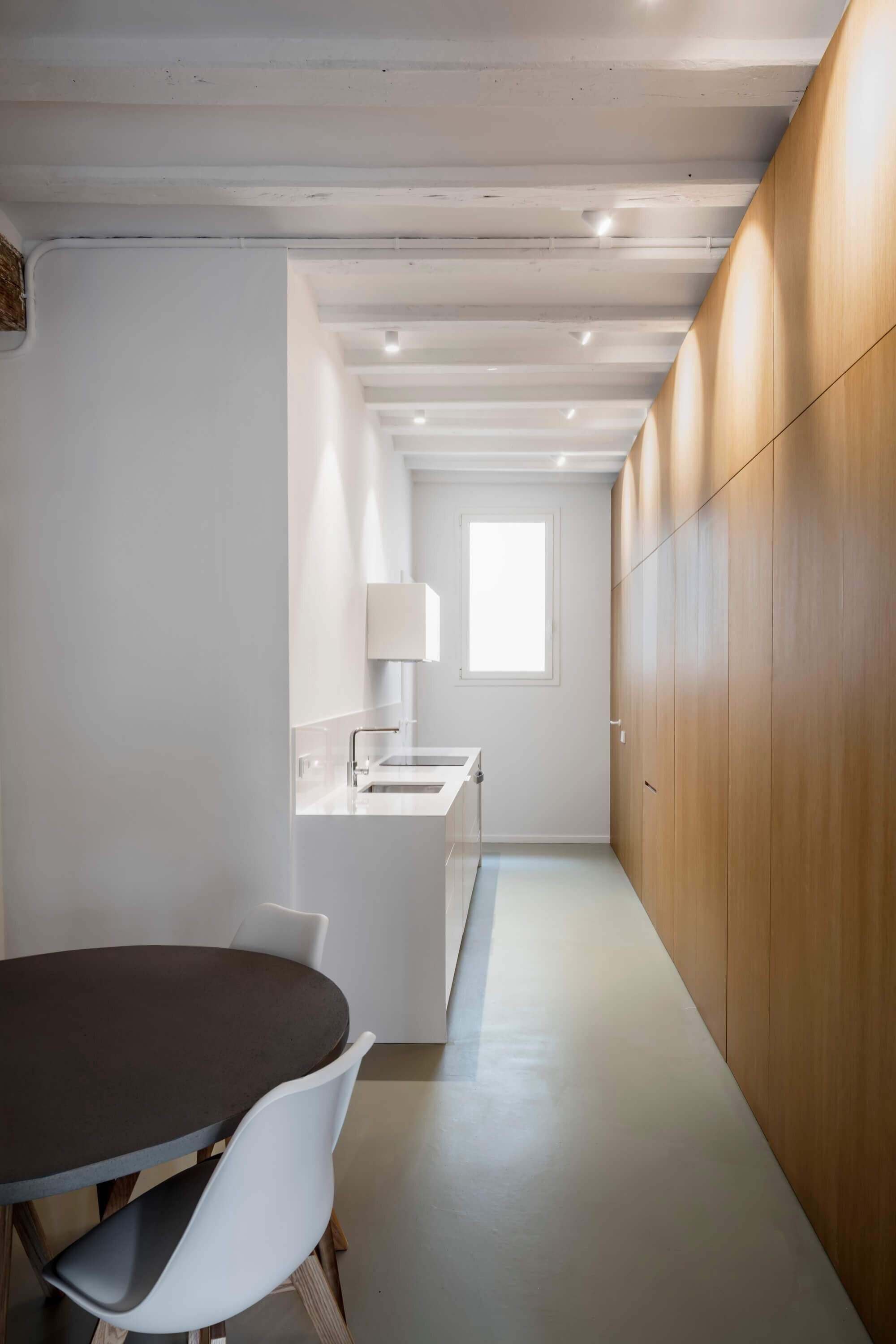 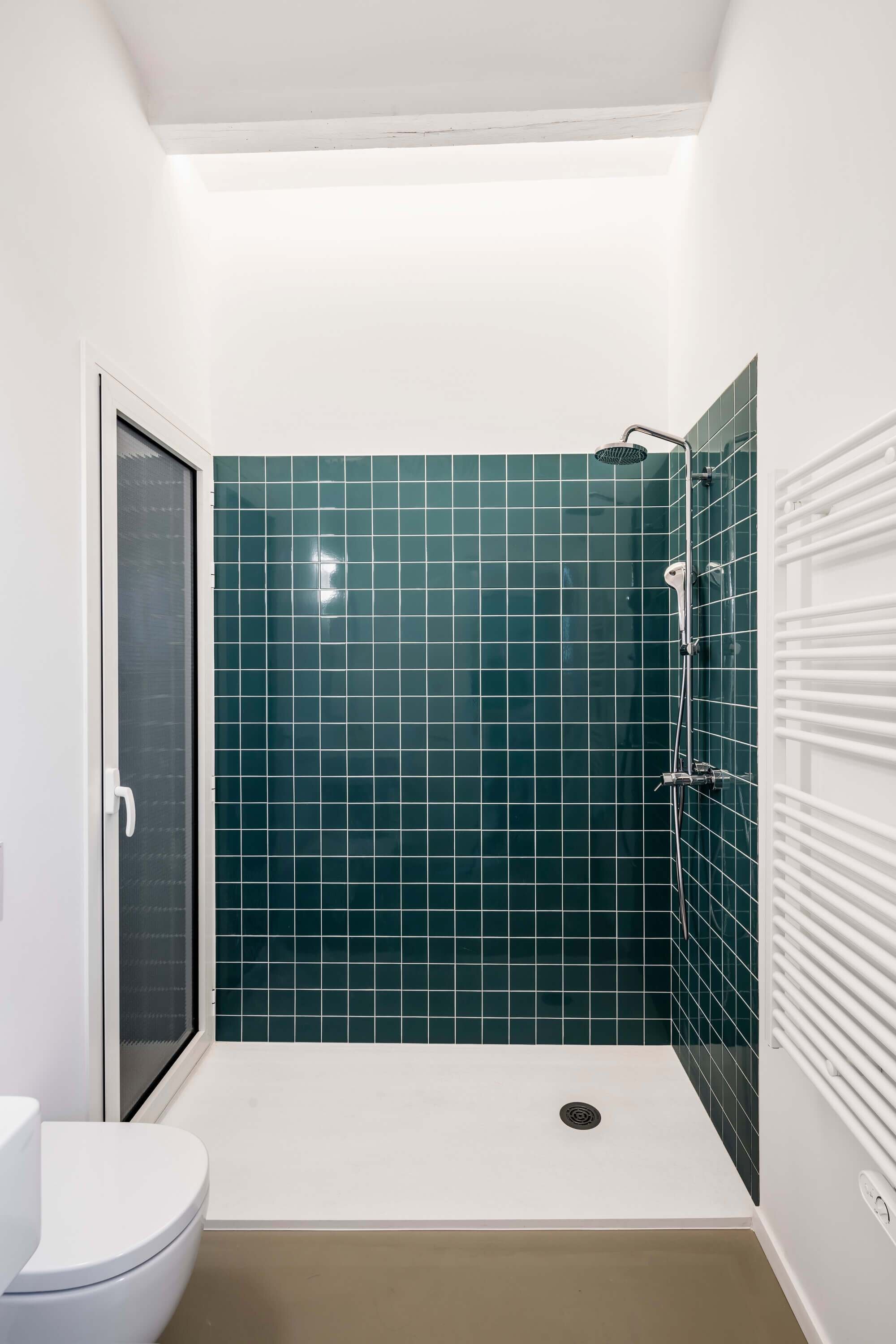 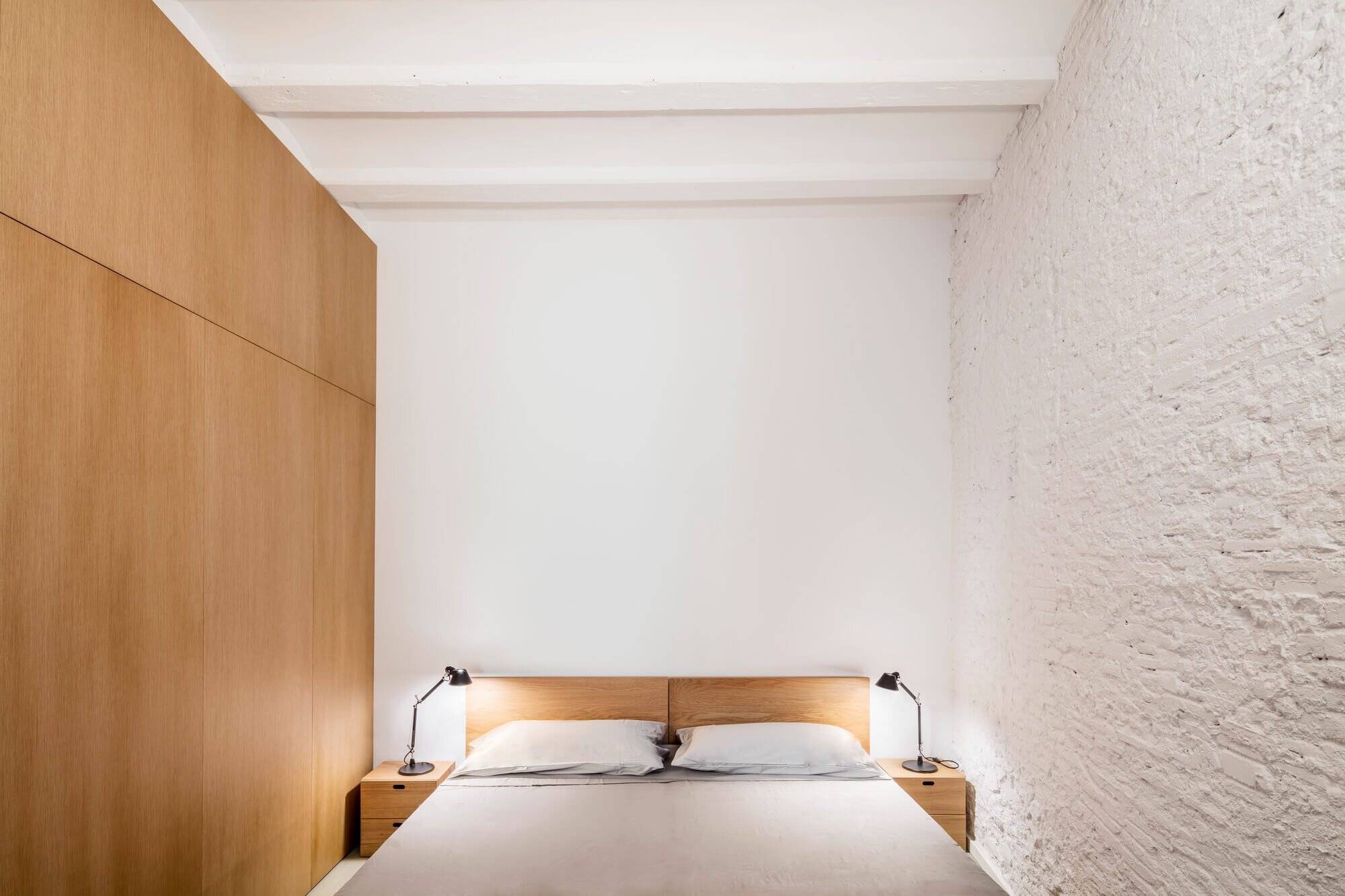 The Spanish architecture firm Alventosa Morell Arquitectes took on this Barcelona apartment renovation in 2017. The block of apartments were first built in 1900, however over the years any original features had been stripped out during refurbishments.

Alventosa Morell were contacted by a client who wanted the property over hauled completely in order to tackle the poor natural lighting and confined spaces.

The architects had quite a bit of space to work with (for an apartment) – the unit is composed of an area measuring 968.75-square-feet (90-square-meters). However, sometimes the large a property is, the more trying it is. Particularly if you’re attempting to unveil hidden historical features, as was the case with this project.

The aim of our project story on two ideas. On one hand, detect, recuperate and show the structural original elements of a high historic and constructive value; and on the other hand, generate a diaphanous space to improve the lighting conditions and natural ventilation existing. – Alventosa Morell

All non-structural partition walls were removed to create an new open space in which they could define the layout. The false ceiling also went, revealing the old barreled wood beam and ceramic floor structure. Dodgy plaster work was removed from the brick party walls, bringing back the old before applying the new.

The interior was then painted white throughout to help promote natural lighting. The textures of the original party wall and ceiling structure are still visible despite the paint – there’s no doubt in the mind of the beholder that they’re original features.

Throughout a scheme of simplicity, our project for the rehabilitation of this old and nice apartment called for improving lighting and spaces; has been real. We feel proud because the aims of our project are achieved, besides the significance acquired by the old constructive elements.

Other restoration pieces include two timber lintels. They were sent off for restoration, and afterwards were inserted back into the building, without being painting in order to show off their age.